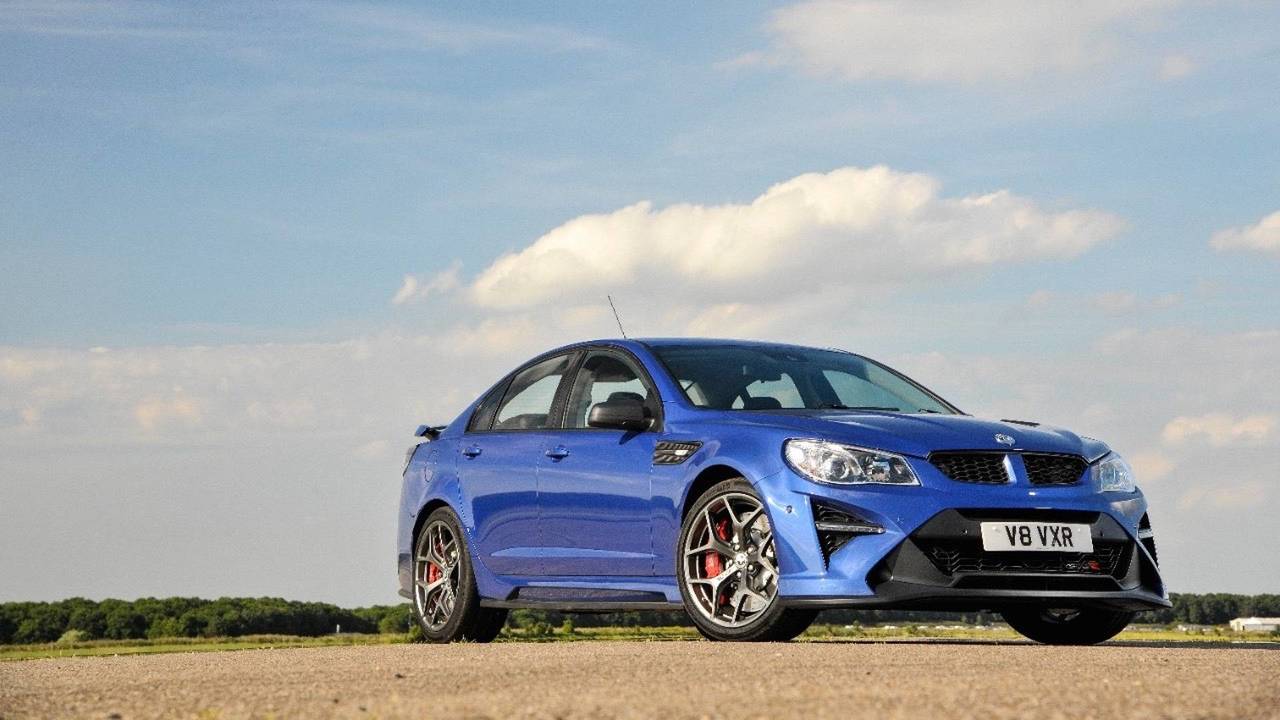 If modern super-saloons were Wild West film stars, the Vauxhall VXR8 GTS-R would be John Wayne. The original, the swaggering, the most universally loved and, let’s face it, the most one-dimensional.

Because even this, the very last of the VXR8s with its monstrous 587bhp supercharged 6.2-litre V8 and meaty six-speed manual, cuts very much the same dash as VXR8s before it, just even more mental.

And it’s a swagger into the sunset this time, since Holden – the Australian manufacturer of the VXR8 – has officially shut up shop.

We’ll keep this brief. This latest and last version of the VXR8 is unlikely to win any beauty contests, but there is still massive appeal to its brutal, hyper-masculine looks. It’s about as subtle as a knuckle-duster to the face, and there’s nothing else out there with that level of unapologetic bravado – not even the Ford Mustang V8 that’s about as close to the Vauxhall in character as anything else in the UK market. And we like the Vauxhall for that, very much indeed.

Of course, inside there are GTS-R logos emblazoned about the cabin, which is dominated by broad, deeply bolstered leather sports seats, some rather tacky-looking plastics and a touchscreen infotainment system that is easily the worst you could find in any car costing £75k (yup, that's right, it costs almost £75,000). Mind you, there is also a lovely Alcantara steering wheel, which is a joy to use.

Frankly, you don’t buy or aspire to a VXR8 of any kind because of its responsive and logical touchscreen. You buy it because of what it stands for, how it makes you feel when you see it and when you drive it. Speaking of which…

The drive is about as memorable as the looks. This engine. Oh, praise be to the car gods for this engine.

It’s not just about power, the GTS-R has 546lb ft stampeding from that 6.2 V8, straight to the rear wheels via a limited slip diff, and there’s also torque-vectoring by brake to help keep things tidy through corners.

A claimed 0-62mph time of 4.2sec doesn’t do justice to the real experience of unleashing the VXR8 GTS-R.

Snick the rotary drive mode selector to Performance, or Track if you dare, and pin the throttle. Feel the rear wheels spin as it claws its way from the line, the vibrations pulsing through your diaphragm as the engine punches a hectic, ever-more frantic yet impressively consistent, bellowing climb through the rev range. Breath, de-clutch, shove the stubby gearlever into the slightly woolly gate for the next ratio. And we dare you to suppress that adrenaline-fuelled bout of hysterical laughter as you hold on for dear life during the next rampaging ascent up to and beyond 6000rpm.

There is still a hint of the old-school lazy American V8 nature to this motor, not least in its outrageous exhaust note, but courtesy of the supercharger it’s now much closer in nature to explosive modern V8s like that in the Mercedes-AMG E63 S.

It is hardly a surprise that the VXR8 feels more muscle car than super saloon in its handling, too, but it’s not the ham-fisted corner cutter that you could assume that implies. Sure, the steering is fairly slow and heavy, and the car itself is quite the chunk, so you’re not going to jink neatly through a chicane like you could in Germany’s finest four-door weaponry. But you do get a good sense of what grip there is – a surprising amount if you choose to go quickly rather than sideways – and you can place the nose with fair precision and fling it about with remarkable poise if you fancy it.

Of course, this is a car that you treat with caution. But at least when (it’s a when, not an if) the rear end does decide to do something a little unexpected, it tends to be fairly easy to rectify the situation.

It’s also got a pleasing, loping stride to the ride comfort that makes it impressively easy to do long miles in, aided by the big, sports-armchairs that enfold you. The clutch isn’t always the easiest to master for smooth driving in normal conditions, but frankly if you make a bit more noise than you strictly need to, nobody’s going to be surprised and you’ll only enjoy it. You’re in one of the most attention-grabbing cars on the road, anyway, so you may as well complete your transition to road-going hooligan by revving the engine unnecessarily.

You can’t, sadly, as all 15 have been sold. And that’s no surprise. While the Vauxhall is not as good as its German peers - not as quick, not as sharp, not as lovely inside - we don’t care. Frankly, neither should you.

This is a last hurrah. Engines are getting smaller, the world’s transport is looking to clean fuels and autonomy, but just as the good old muscle car is trotting off into the sunset and you’re reaching for the Kleenex and debating an electric car, Holden has pulled this out of the bag; A vehicular middle finger to progress. A car with a massive V8, a manual gearbox, a yearn to drift round corners or tackle that straight in a rebellious detonation of V8 excess, and to make you – the driver – the centre of it all.

Who cares that it’s expensive, a bit cheap-feeling inside and not as sharp as an E63, or plenty of other cheaper sports saloons for that matter? Not Vauxhall or Holden, I suspect, and neither will the 15 people who’ve bought one. If you’ve got an enthusiast’s heart then you will love this car, flaws and all. 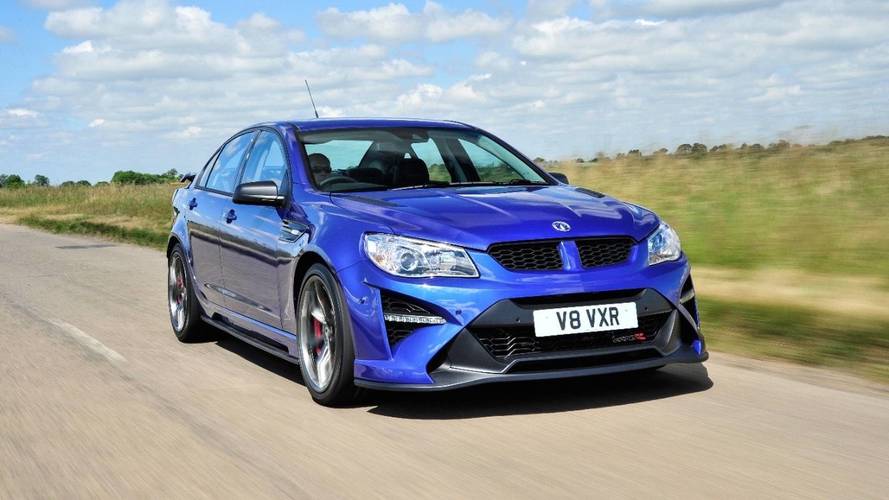