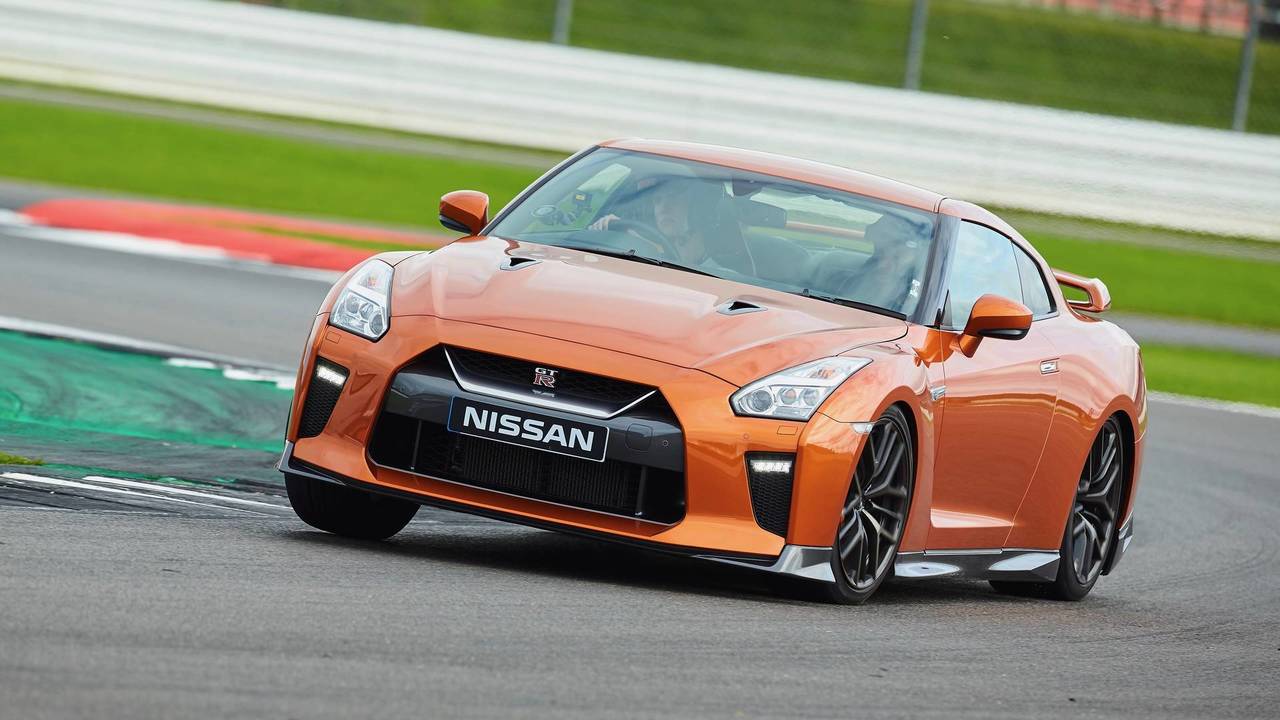 It might be a decade old, but the GT-R still delivers incredible performance.

Your mate has just bagged himself a new Porsche 911 GT3. He’s very pleased with himself – and so he should be – but the time has now come for you to put him and his Beetle back in their place. How? The latest Nissan GT-R is certainly a strong candidate in this game of supercar Top Trumps.

Despite the Nissan GT-R being over a decade old now, it’s still a striking thing to behold in the metal. The bulbous bonnet, steeply raked roofline and blunt rear end are all synonymous with the R35 incarnation – it’s not what you would call a pretty car, but it sure looks purposeful.

Other changes include reworked aerodynamics that enable the GT-R to cut through the air more efficiently, while inside there’s more leather, and a new 8-inch touchscreen greatly reduces the number of buttons on the centre console. Go for Recaro trim and the car comes with a pair of body-hugging sports seats, which are something of a necessity in a car that specialises in pulling outrageous lateral g-forces. The GT-R is a 2+2, but those rear posts are only really suitable for children.

It’s safe to say that the Nissan GT-R recipe is still intact. At the faintest notion of an open road the car consumes the distance in a fashion that defies belief. That combination of all-wheel-drive grip and a landslide of torque produces acceleration that will leave you wide-eyed.

To get the best out of the car you’re going to want to use those wheel-mounted paddles. The six-speed, dual-clutch gearbox is quick to respond when commanded, but sometimes clumsy when left in automatic. The GT-R will blip the throttle on downshifts while you focus on lining up for that apex.

Through fast bends you become aware of the GT-R’s weight. The body rolls somewhat and it feels less composed than its Porsche rival. But then you look at the speedo and realise just how much momentum this car can carry through corners. Its all-wheel drive continuously shuffles power around for optimum performance, and the result is a very neutral drive that allows anyone with thumbs to lap a track quickly.

That said, a greasy road surface and a lack of respect for how fast you’re going will result in a snap of oversteer. The GT-R’s computer does most of the work to save the day, but it’s a strong reminder that this is a high performance car and needs a healthy amount of respect.

Our brief stint in the 2017 Nissan GT-R didn’t allow for much time to assess the tweaks to its suspension. Nissan say they’ve worked to make the car more supple, something we will have to try out at a later date. Same goes for its new active noise-cancelling tech.

Once upon a time the Nissan GT-R used to represent unrivalled bang for your buck, but today’s car starts at £82.5k. It’s still a lot of performance for the money, but it’s now also a lot of money.

Your friend in the Porsche 911 GT3 is well and truly beaten on paper, and that car is still some £30,000 more expensive, but the 911 is more enthralling car to drive.

The Nissan GT-R is still every inch the technological marvel it was when it arrived back in 2007. Nissan still sells one a day in the UK, regular as clockwork, proving that the car still has plenty of appeal. This revised GT-R is more of the same – and that's no bad thing.