MG ZS 1.0T GDI Turbo first drive: You get what you pay for 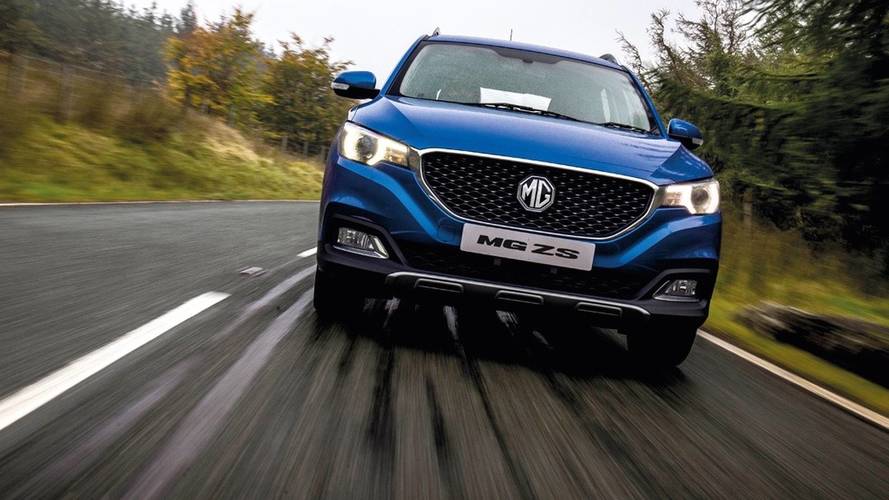 The MG ZS seems instantly familiar when you see it for the first time. This is largely because it looks like a collage of many other cars on the road today. The daytime running lights, for example, look as though they’ve come off a Mazda CX-3, MG’s massive new grille (to be a feature on all future models) will have the people at DS feeling confused, its side profile is reminiscent of a Hyundai, and the rear lights look a bit like a child’s drawing of a Storm Trooper.

Inside, a few controls will have your nostalgia circuits working hard as well. The air vents remind you of those found on an Audi TT, the controls on the ZS’ multifunction steering wheel look like those found on an old Seat or Skoda, and the user interface on the infotainment system appears to take inspiration from Windows Mobile. All of it, however, was designed in house by SAIC’s (MG’s parent company) own team.

MG was at great pains to explain how it offers premium feel at non-premium prices, which is a fair statement as the look of the ZS apes other premium cars in one way or another. It can come with Apple CarPlay, Bluetooth, and even ‘stylish roof rails’ depending on the trim you go for. The mid-level Excite trim gets ‘designer Houndstooth seats’, while top spec Exclusive cars get ‘leather style’ upholstery.

However, it’s all well and good taking easy shots at an immobile, small SUV-sized chameleon, but here’s the rub: It’s cheap. Entry-level Explore trim with a 1.5-litre engine and a manual gearbox is only £12,495, which is supermini money rather than small SUV. OK, the highlight of the trim list is a trip computer, but you also get 448-litres of boot space (1375-litres with the seats down), which is about on a par with the impressively practical Renault Captur, and is loads more than you get in a Nissan Juke.

Go further up the MG ZS line-up and find yourself in a more powerful automatic, 109bhp 1.0-litre Excite, with a bill that still tops out at £15,495 - some £3000 less than a 118bhp, automatic petrol Renault Captur will cost you.

Image wise, compared to rivals it’s more Primark than Banana Republic, but in the same breath for the same price as a BR shirt you can buy a hell of a lot of stuff in Primarni, can’t you?

There will be some who expect the ZS to be a bit of a pup. Those people would be… wrong. And also right. The 1.0-litre automatic we drove has a punchy 109bhp and 118lb ft. In built-up areas it’s enough to putter gently down the street without any issue at all. Throw that combination on to the open road and it becomes clear that this is a ‘nip to the shops’ kinda motor, not something for big drives.

Its drivetrain, developed with General Motors, isn’t as responsive as MG’s ads would have you believe. The gearbox hangs on to gears a little too long when you put the motor under pressure, creating no more than noise and frustration. You can switch it to a manual mode by knocking the gearstick to the left and shifting yourself, and the results aren’t terrible. It’s not a fast gearbox, but it’s not glacially slow either. It’s neither lumpen, nor smooth either. It’s the gearbox equivalent of beige. It does a job, and it does it… ok.

It feels quicker than its 12.4 second 0-62mph time would lead you to believe. If you’re feeling brave/stupid you can soar to 112mph before it gives up the ghost as well. You’ll even get 44.9mpg out of it on the combined cycle. Which is… ok. It's a way off that aforementioned Captur, though.

MG tuned the ZS’ ride in the UK for a whole six months to ensure it was suitable for our pretty manky highways. Six months may not have been enough though. On the rutted B-roads around Silverstone it crashed and bashed its way along the road, causing a minor midriff jiggle. On the motorway, tyre noise and wind buffeting are really noticeable. In town, road surface dependent, it felt ok. Just… ok.

As it’s a small SUV, this isn’t a car for helms-people, but the car’s handling was also… ok. MG’s very proud of its three steering modes (available on mid level Excite and top level Exclusive trims), which gives you the option of Urban, Normal and Dynamic set ups. There aren’t myriad adjustable throttle and damper settings to play with, just the steering. Urban makes the ‘wheel feel like a paper plate on a stick so is best avoided if you want to feel connected to the road at all. Dynamic makes the steering notably heavier but also makes it feel oddly elastic, and Normal is… ok. Easily the best of the three for going quickly, or for going to a jumble sale.

Driving at normal speeds on normal roads the ZS feels just fine. You steer and it turns, press the brakes and it stops in decent time, hit the gas and the motor/gearbox combo sorts itself out to propel you forwards. It does car stuff and it feels… ok.

The MG ZS is unremarkable to drive and looks like an amalgamation of many other cars, the kind of car a sitcom would use as an example of ‘a car’. It comes with plenty of space to fill with whatever you need, and it’s cheap. If not one iota of you cares about a car as anything other than transport it’ll do everything you want it to while feeling oddly familiar every time you approach it.

Should you want anything beyond that you’ll have to spend more money to get similar kit levels on more expensive competitors, but when you get home you’ll stand more of a chance of remembering how you got there.