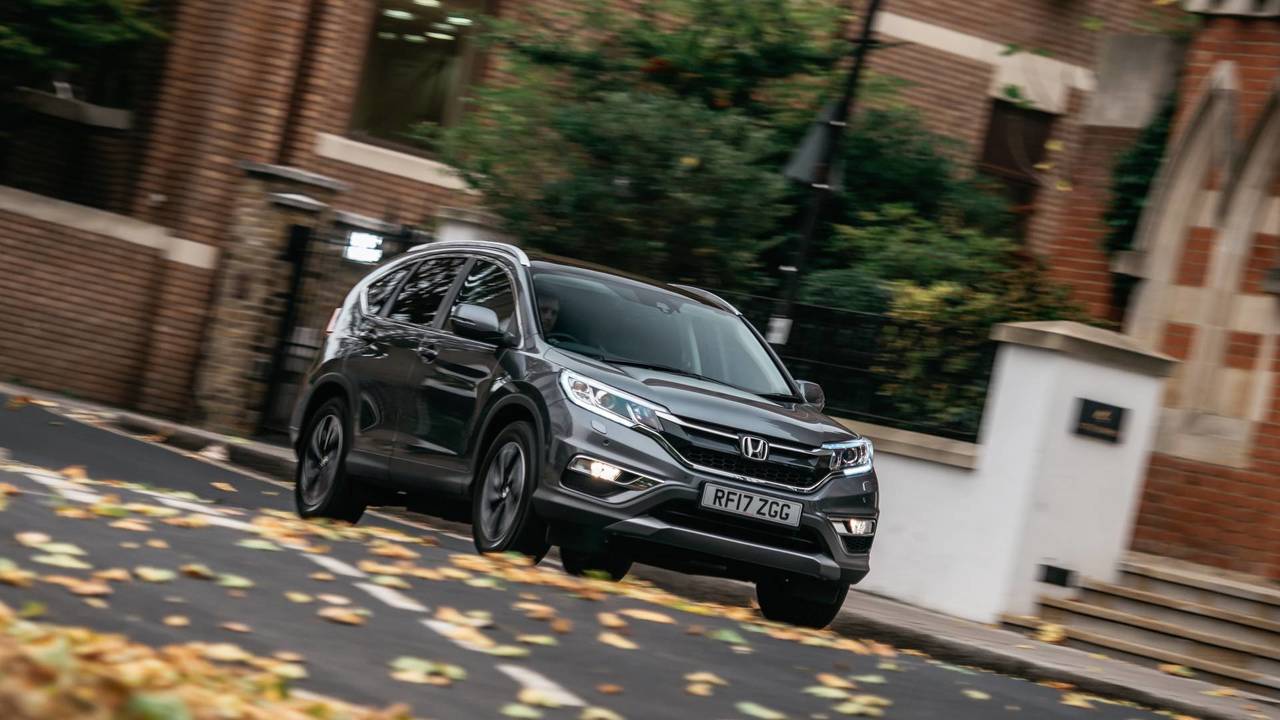 First report: We'll be living with our Honda CR-V for six months, so keep coming back for our regular updates

There’s an SUV boom going on at the moment, and yet the Honda CR-V seems to have got a bit lost in the aftershock.

You see, this fourth generation CR-V is a well-known and recognisable car, and yet its record sales year was ten years ago. It’s unlikely to see record sales any time soon, either, given that an all-new CR-V is on the horizon. In fact it’s right in front of you if you go to America, where it’s been on sale for months already.

But don’t discount the trusty fourth gen model we’ve got here. The CR-V might have been largely forgotten in the melee of new rivals like the Mazda CX-5, Skoda Kodiaq and VW Tiguan arriving, but it’s a well-known bargain-hunter trick that you can often get great savings on models that are about to be replaced.

Before we talk about costs, meet our long term CR-V in a bit more depth.

Engine options are a straightforward choice between a 2.0-litre petrol or 1.6 diesel, so we went for the latter given the high mileage we’ll be doing. We also settled for the standard manual gearbox rather than the nine-speed auto, saving us £1650, but we did go for four-wheel drive as this car might be going into some awkward places as a video support car.

This 158bhp engine purports a tidy 55.4mpg official combined figure, but we’ll be keeping a close eye on that over the coming months to see how it does in the real world, it’s also good to see it has a 58-litre fuel tank meaning long haul trips are achievable in single stints.

Our test car is in top-spec EX trim, so the only option we’ve added is Polished Metal metallic paint at £550 (red is the only no-cost paint, oddly), and we also dipped into the accessories list to get a rubber liner for the boot floor, for £105. As a cameraman, the huge 589-litre boot is going to be a boon, but the rubber floor is essential to help prevent our expensive and fragile cargo from sliding around on the move.

We didn’t need to add anything else, as EX specification comes with just about everything. Highlights include a panoramic glass sunroof, powered tailgate, full leather upholstery and electric drivers seat with two memory settings. The whole Motor1 UK team will drive the CR-V ad-hoc, so retrieving that perfect driving position at the push of a button is wondrously satisfying.

One of the other big features is the Honda Connect 7.0” touchscreen system with sat-nav, Bluetooth, DAB, CD player and USB connections. Above this is another display that links key information from both the trip computer and the infotainment, this combination of screens seems a bit strange initially, but we’ll be delving deeper into the system and getting ourselves familiar.

What do we want to know?

Very simply, we want to know if the CR-V is worth the money or if you should look elsewhere. The crux of the matter is that this car is going to be replaced soon, but it still feels like a solid proposition as a big family car, even next to much more modern rivals.

Plus, this lavishly equipped model is already comparably good value at £33,690, and then there are those big savings we mentioned; Honda will give you £3000 off if you take finance through them – and that’s before you’ve haggled.

So, we’ll be running it over many miles of motorway and urban stuff, and will report back in every update on what average economy we’re seeing.

We’re also looking forward to putting the CR-V’s plethora of practical touches to work on our photo and film shoots. Honda really ‘gets it’ with the utilitarian stuff, and that’s what its customers love about them. The spring-loaded rear seats are a doddle to use, with levers in the boot and pulleys on the seats giving you the most stress-free system to drop the 60:40 split seats when you need to.

So we’re certainly hopeful that the CR-V is going to be a fantastic car to live with, and well worth consideration even if you’re buying now. We’ll report back on economy, reliability, usability and even how the CR-V stacks up in daily use compared to the Skoda Kodiaq – one of its arch rivals that we are also living with.

Meanwhile, we’d love to know if you’ve got any thoughts on our CR-V – maybe you’re thinking of buying one yourself or have owned one for some time already – so do get in touch via the comments below.