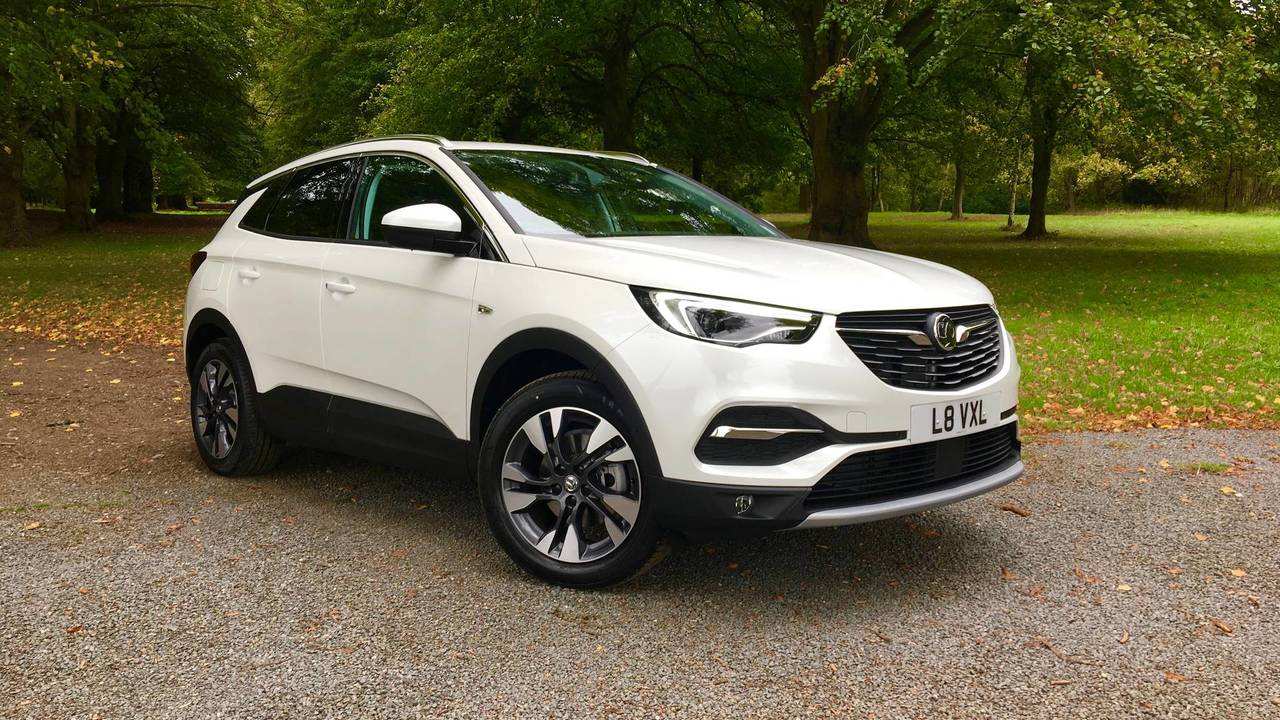 Vauxhall takes on the Nissan Qashqai with a small SUV rival.

Vauxhall is mounting an all-out assault on the popular SUV segment. The Mokka X is taking on Nissan’s Juke and the Crossland the likes of the Seat Arona. Grandland X is the latest addition to Vauxhall’s X range and the brand expects it to become its second-best-selling model after the Corsa.

Competition is fierce in this class with a new contender seemingly appearing each week. The Vauxhall Grandland X shares its platform with the well received Peugeot 3008 SUV, but can Vauxhall replicate the French car’s success?

Those trying to spot similarities in design between the Grandland X and 3008 will have a hard time. The body is all Vauxhall, and while not as striking as the Peugeot, it looks grown up. A large grille plays host to Vauxhall’s new chromed wings that cradle its logo. A few key creases detail the rounded silhouette, a contrast to the more attention seeking designs of some rivals. Like many SUVs, the Grandland continues the current trend of offering a two-tone paint scheme; £320 brings some added style at a reasonable price.

The interior is loaded with standard equipment including dual-zone climate control, DAB radio and a 7-inch touchscreen. Our Sport Nav model enjoys a larger 8-inch screen which will be familiar to anyone who has been in a Peugeot or Citroen of late. It’s not the most intuitive unit out there, but it does a good job of relieving the centre console of many buttons.

That said, Vauxhall elected to keep a few key controls physical to make them easier to use on the move. Higher-spec SE trim cars and above even get a 230V three-pin socket, perfect for keeping laptops charged and the cries of 'are we nearly there yet' at bay.

There are a few soft touch materials dotted around the cabin, but it doesn’t feel as plush as a Peugeot 3008. Well screwed together? Yes, but material choice similar to that of a percussion instrument doesn't scream premium.

Space in the Grandland X is pretty good and its large windows – small rear windscreen excluded – do a good job of amplifying the feeling of roominess. Outermost rear passengers are treated to good amounts of head and leg room, but the middle occupant falls foul of the same protruding vents that plague the Peugeot 3008.

A 514-litre boot with a nice wide opening is bigger than that found in a Nissan Qashqai and Ford Kuga. The Vauxhall also has some underfloor storage on all models except the entry SE trim.

From launch just two engines will be offered. The 1.2-litre petrol and a 1.6-litre diesel engine are both shared with Peugeot, Citroen and DS. We went for the 118bhp 1.6-litre diesel, an engine proven to be a solid effort in other cars.

There’s the usual diesel rumble at idle and under load, but once at a steady speed the engine fades into the background. The characteristically torquey pull makes this the default choice for those who spend lengthy periods on the motorway.

Wind and road noise is generally muted, making for a relatively peaceful drive. The low speed ride can be a bit choppy, but things smooth out at higher speeds making it more comfortable than rivals such as the Seat Ateca and Nissan Qashqai. However, the trade-off for a compliant ride is more body roll through corners.

Nobody is buying this sort of SUV for an enthusiastic drive, but the steering lacks weight and feels disconnected from what is going on. Most buyers won’t bat an eyelid, but some competitors do offer a more entertaining package.

The Vauxhall Grandland X does deliver good value for money when you consider that even the most basic cars come with plenty of kit – its starting price of just over £22k might be on the pricey side, but add the same equipment to a rival and you’ll end up paying more.

Its lack of engine choice does put it at a disadvantage, but at least the pair on offer are decent units. Vauxhall even boasts that the 1.6-litre diesel will return over 80mpg.

The Grandland X might not be as stylish or as good to drive as others, but its practicality and economy make it a tempting proposition for families.