Hyundai's new compact SUV is not for the shy.

The armadillo is a strange looking creature that’s a pretty unique addition to the animal kingdom; Its unusual biology is a product of its environment. Just like the new Hyundai Kona.

It might look unconventional, but the Kona’s styling gives it a crucial advantage in a crowded segment. It turns heads. Image is everything in the compact SUV ecosystem, and so the Kona has evolved to suit its needs.

Having said that, the Citroen C3 Aircross, Seat Arona, Kia Stonic and the popular Nissan Juke all occupy the same space so the Hyundai Kona will need more than Marmite looks to compete. 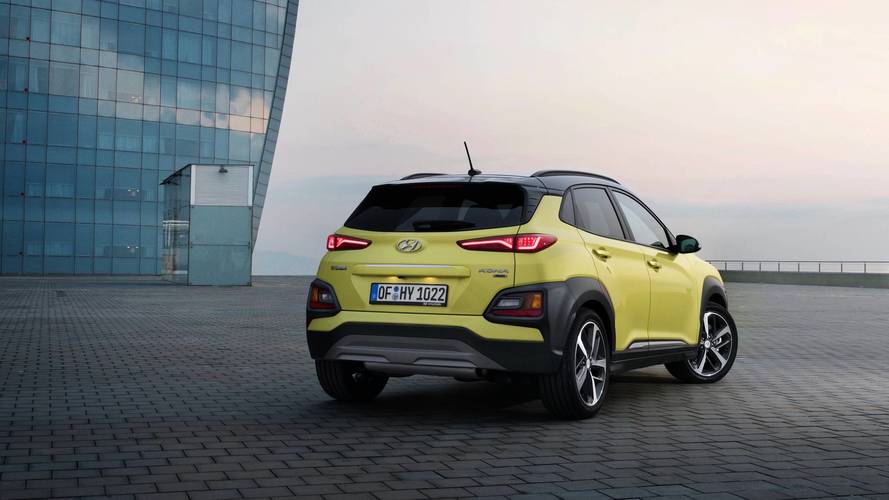 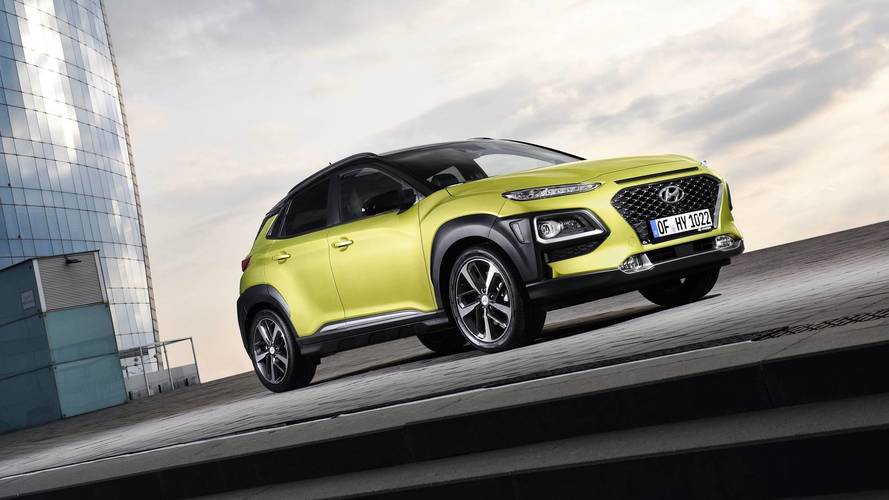 Let’s jump right to the Kona’s USP. You’ll either love or hate the way this SUV looks with its combination of compact proportions, sharp creases, and vast amounts of plastic cladding. The Citroen-esque headlights are a big departure for a brand that usually favours a more sophisticated, if anonymous, look. It certainly has character, and with an array of bright colours and two-tone roof combos, it will appeal to those who want to be different.

Tick the right boxes and you can choose to bring four of those bold shades inside. Interior details such as air vents, seat stitching and seat belts can match your Acid Yellow car if you desire. The dashboard features textured panels and some glossy elements, but there’s still plenty of hard plastics to be found elsewhere. 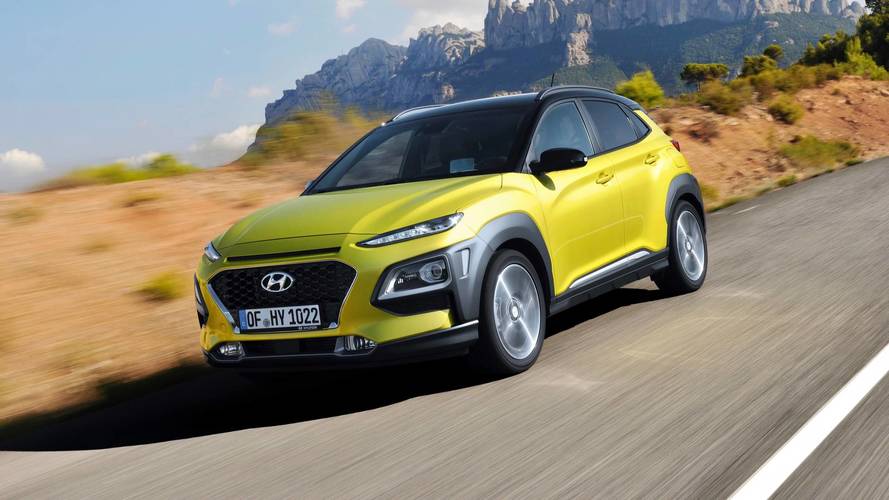 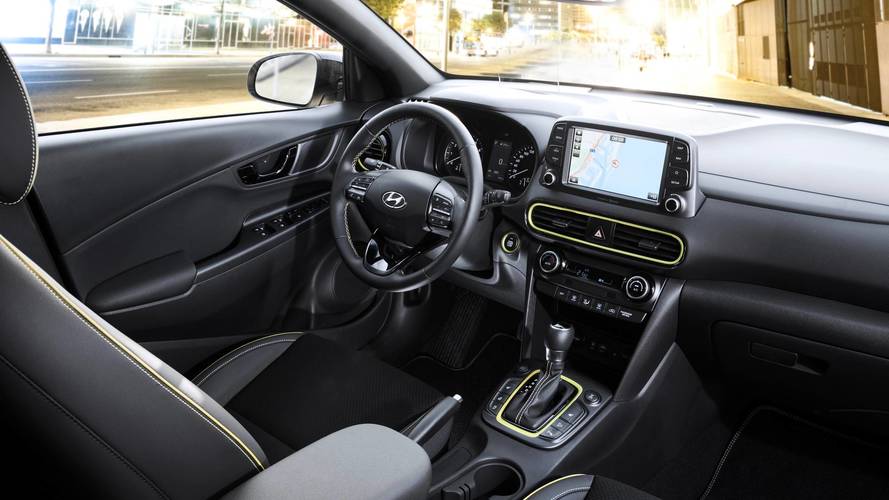 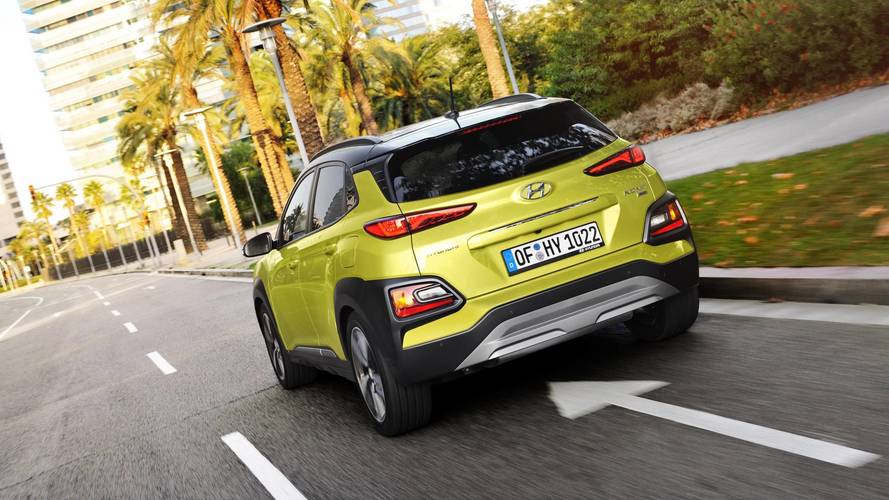 Our Premium SE trim Kona was well equipped and had the familiar 8.0-inch touchscreen found in many Hyundai and Kia cars. The most basis S trim does without a touchscreen, but everything leading up to the Premium grade gets a 7.0-inch unit. It’s responsive and ergonomically sound, and comes with Apple CarPlay and Andoid Auto as standard, although the graphics are beginning to look dated, Other trinkets in just shy of top spec Premium SE cars include heated and cooled leather seats, heated steering wheel and a heads up display.

Rear passengers get good levels of head and leg room, although whoever draws the short straw for the middle seat has to put up with a hump in the floor. A 334-litre boot space is smaller than the Citroen C3 Aircross and Seat Arona, although the Kona surpasses the Arona with 1,116-litres when the rear seats are folded flat. There’s a boot lip to overcome when loading bulky cargo, but there are four good lashing rings to tie things down. 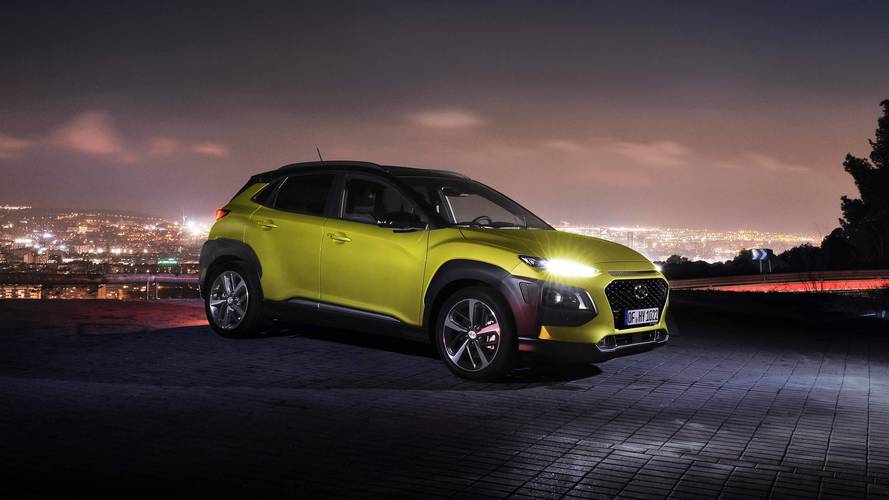 Initially your choice of engines is limited. A 1.6-litre or 1.0-litre petrol are your choices until a diesel arrives at a later date. We went for the 118bhp 1.0-litre with a six-speed manual transmission and found it to be adequate.

It’s not the strongest engine in the class, but once past the initial lag it makes sufficient progress for everyday use. Work the gearbox and it emits that typical three-cylinder thrum when pushing on. Once up to speed the engine is muted, with little vibration making its way back into the cabin. 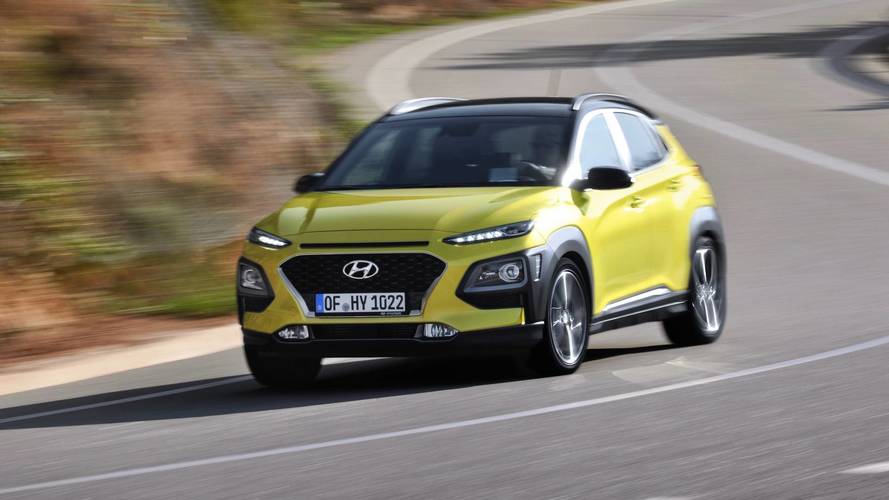 Having said that, refinement - particularly when it’s wearing 18-inch alloy wheels - is not the Kona’s strongest suit. Over ruts and bumps the large alloys thud with the suspension being largely unsympathetic and while the engine is hushed enough, wind noise is quite noticeable.

Take the Kona onto some twisting Tarmac and there’s less body roll than you might expect in a car of this type. The steering also has a bit of heft to it allowing you to be more accurate with inputs. It’s not particularly involving to drive, but there’s a sure-footedness to the way it moves.

Possibly. There are so many visually uninspiring SUVs out there that if you like the Kona’s style, half the battle is already won. It’s not a car for the shy, but if you are looking to make a statement with what you drive, the Kona could well be for you.

Prices kick-off at a competitive £16,195 for the most basic 1.0-litre, but if you fancy having the 1.6-litre you’re going to have to step-up to a top spec car costing £25k. Hyundai claim that the 1.0-litre motor returns just over 52mpg, and 117g/km on 16-inch alloys, so it should be an appropriate choice for those prioritising economy or company car tax costs. However, it’s worth noting that larger alloy wheels come with a CO2 penalty of up to 125g/km.

Ultimately, the proof of the pudding is in the eating, and so we are keen to see how the Hyundai Kona fares on home soil up against the rafts of other new arrivals that have just entered this class.