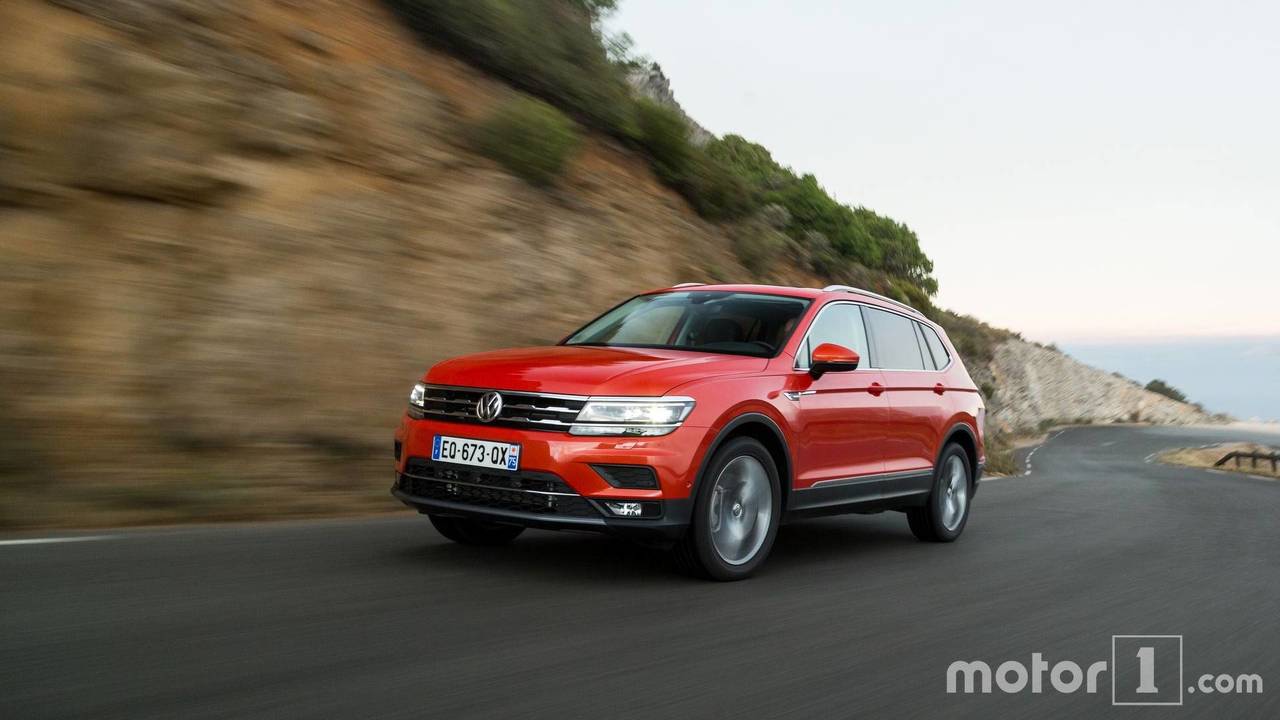 The Tiguan is a bread-and-butter model for Volkswagen, in that quiet way that SUVs have taken over the planet. In fact, it’s Volkswagen's third biggest car in the UK (sales-wise that is, although it’s quite large) behind the Golf and the Polo. In fact, the German manufacturer has sold 120,000 of them since the car was first introduced back in 2008.

The current, second-generation version of the car was introduced in 2016, but already VW is trying to broaden the appeal by extending the wheelbase by 109mm and overall length by 215mm to create an extra-roomy version of the family SUV that now comes with the option of two extra seats in the boot. That means that the Skoda Kodiaq, Peugeot 5008 and Nissan X-Trail can count the Tiguan Allspace as a new rival.

The Allspace adds a useful extra model to Volkswagen’s seven-seater portfolio, which already has the dumpier Touran and Sharan MPV models. A bit of pseudo-off-roader chic is certainly welcome, then. There’s also the Caravelle, of course, but technically that sits in VW’s commercial vehicles division and it’s a trifle expensive.

Is this what the Tiguan should have been all along? Volkswagen America certainly thinks so; The Allspace will just be the Tiguan when it’s launched over there, replacing the standard car with the super-sized upgrade for the US market. The current Tiguan is probably a supermini over there anyway.

There are a number of subtle styling changes – tweaks to the rear window line and a bigger, bluffer front end help to disguise the extra length.

This newest Tiguan is larger and more practical, and it comes with five or seven seats depending on requirements. The five-seater has the bigger boot – those extra two seats have to go somewhere when they’re not needed, and hiding them in the floor is the only option – but obviously the seven-seater is a broadly more practical option if you need the extra human capacity.

Inside, the car is all very Volkswagen-familiar – if you’ve driven one car in the range you’ve driven them all. The same layouts, switchgear and tech features mean that you instantly feel at home if you’ve been in another of the company’s models. On the downside, it means that the Tiguan feels a bit boring and seen-it-all-before. Because we have.

As criticisms go, however, it’s hardly excoriating – the fact is that when you get a VW you know what you’re getting and it’s entirely dependable.

We drove the modest 2-litre diesel that Volkswagen (still) expects to make up the bulk of sales – the engine occasionally drones on a little, but it’s plenty torquey and will return reasonable mileage provided you’re not hoofing the pedal off every junction.

The DSG automatic was quite rough on our model, and the suspension was occasionally flummoxed by ruts in the road, but our test car was a pre-production model in left-hand-drive European specification, not quite the finished product we’ll see in Wimbledon – so we can’t be too mean about it. Hopefully there are some chaps at VW in white coats who’ve been reassigned to sorting out some of these little glitches.

The drive is entirely civilised – the Allspace will cruise well and it doesn’t feel ungainly around corners. The length and heft of the car gives it plenty of road presence and stability. The 4Motion all-wheel-drive system will boost driver confidence, and Volkswagen has a more overt off-roading version of the Allspace on the way, but that’s probably taking things a bit far.

The Allspace doesn’t really sell itself on its own virtues – the two seats in the boot really are just for kids. We had a go at sitting in them, but then it means that whoever’s in the sliding middle row needs to be a double-amputee.

Neither is the seat-juggling system as easy to use as you’ll find in other cars on the market – there’s still a certain amount of fiddling about that would probably irritate if you were having to change the car’s layout on a regular basis.

Luggage space is fairly miserable with all the seats folded up too – less than you get in a Skoda Kodiaq or Peugeot 5008 – but if you went for the standard five-seater you’d have yourself a cavernous car with extra legroom and plenty of boot space. Is that worth a premium of around £1-2,000 over the standard Tiguan? You’d have to really want those extra 20cm.

The new Tiguan Allspace is available to order from December 2017 for delivery in January 2018 – UK pricing and trim levels aren’t due to be confirmed until later in the year.