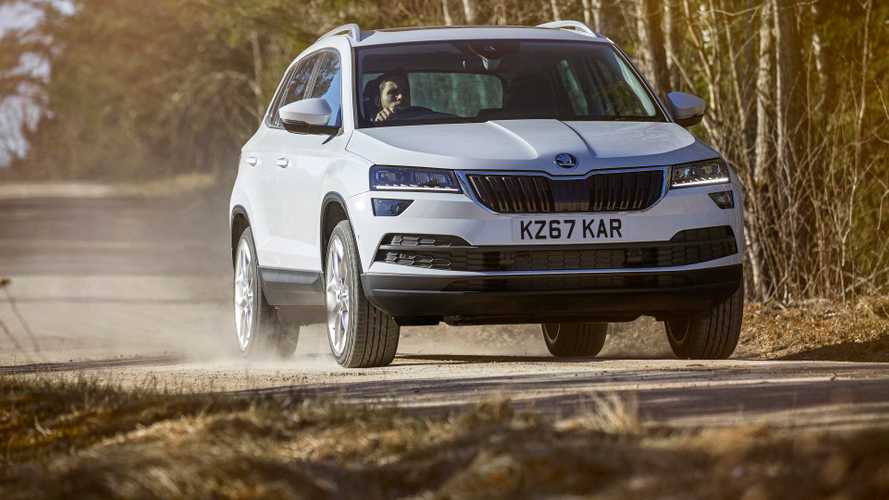 The Skoda Karoq is a straightforward, practical and relaxing option in a dauntingly crowded class

You remember the Skoda Yeti? Of course you do. It was the boxy, upright, quirky-looking SUV that you probably thought looked great and bought immediately, or thought it looked like a bug-eyed van and went and bought a Nissan Qashqai instead.

Well, the refreshingly individual Yeti is no more. Time to usher in its notably less individual-looking but, frankly, better replacement – the Skoda Karoq.

To say it’s less individual than its predecessor isn’t to say that the Karoq is in any way ugly. In fact, the clean-cut, squinty headlights and simple lines are really appealing, but it is undoubtedly quite anonymous-looking. So if you want something that makes a statement, Peugeot will be only too pleased to help with its sharply styled, two-tone 3008, while the Seat Ateca, Nissan Qashqai and Kia Sportage also line up among the Karoq’s many and varied rivals. It’s a busy class these days.

Before you make any snap judgements on looks alone, consider that the Skoda Karoq is ruthlessly fit-for-purpose.

The dash is economic on buttons and big on touchscreen (every model gets an 8-inch touchscreen, or you can add a fancy 9.2-inch version), and all the functions and switcher are where you expect them to be.

From next year you’ll be able to pay extra for very swish digital dials that offer similar functionality to Audi’s virtual cockpit with its switchable panoramic view to prioritise nav or driving information. Mind you, we quite like the standard, easy-to-read physical dials with their smart, contrasting grey ring and a colour readout in the middle (from SE L and up) for your basic nav commands and trip info.

A tall adult will sit easily behind a tall driver, although the glass roof does eat into headroom quite a bit. More importantly, you should absolutely have the VarioFlex seats.

Standard on all but base SE trim (which gets a standard 60/40 split rear bench that leaves a big step up from the boot floor to the folded seats), VarioFlex brings 40/20/40 split seats that can be folded and then toppled forwards again to leave a long, smooth boot floor, or they can be removed altogether for full Yeti-like van usability.

Not only that, the narrower centre section folds down to make a chunky armrest, or you can remove it altogether and shift the two seats – which slide and recline - inboard slightly for an executive, four-seat layout with masses of elbowroom to keep kids or colleagues happy.

If you do miss the Yeti’s distinctive face, be consoled with the fact that the Karoq is a more spacious, if also noticeably longer car. The boot is getting on for 100-litres bigger than a Yeti’s, mainly because it's a much longer boot floor; it's actually in one of the biggest in its class at 521-litres. That extends to 1630-litres with the seats folded, or a huge 1810 litres (basically a small van carrying capacity) with them removed. The only glaring

It’s a no-brainer to go for SE L trim, anyway. SE gets the basics but SE L gets nav, alcantara upholstery, the varioflex seats that make this car so much more versatile, LED headlights, heated front seats, front and rear parking sensors and a reversing camera. All for around £2000 more, so it’s certainly worth it.

It’s got impeccable manners, the Karoq – particularly in this 1.5-litre petrol guise. Other engine options are a turbocharged 1.0-litre three-cylinder petrol, while diesels are in 1.6 or 2.0-litre capacity, all of which can be had with a seven-speed dual-clutch automatic instead of the standard six-speed manual. You have to go for the 2.0-litre diesel to get four-wheel drive, mind.

The clutch biting point is a tiny bit vague, so it can encourage over-revving, but once you’re used to that the Karoq is no fuss at all to muddle through stop-start traffic. A light gearshift means that the manual is no chore to use, either, and the steering is predictable in its moderate heft and smooth response; we’d put it in Normal and leave it there, as heavier Sport just feels unnatural rather than more fun. Body control is tidy, and even in the front-wheel drive car feels resolutely stable and easy to place even in fast corners on tricky cambers.

It’s one of the better riding cars in the class, too, shrugging off the scrappy, broken surfaces of Sicily’s roads with the sort of aplomb that suggests it’ll be more comfortable than the firm but fun Seat Ateca on UK roads, and will even give the soft Peugeot 3008 and Nissan Qashqai something to think about. Or certainly the 1.5 TSI model, anyway. The 2.0 TDI we had a go in felt noticeably choppier, so the lighter petrol engine clearly makes a difference in respect of comfort as well as refinement.

Sure, a keen driver might find more substance in the bigger Mazda CX-5’s more urgent handling, but the Karoq is spot on for what you want in this class. If we have any niggles it’s that there’s quite a bit of wind flutter at motorway speeds, but otherwise this is an easy and enjoyable car to drive regardless of what sort of roads you’re tackling.

You’ve got a smorgasbord of choice in this class, and while the Karoq is a bit bland by comparison to some of them, in 1.5 TSI SE L guise it does the job brilliantly. It’s great to drive – comfy and relaxing without feeling stodgy. It’s also got the most versatile seating if you have the VarioFlex seats, safety standards are top notch and equipment levels are hard to fault on SE L.

Our only quibble is that you have to pay token extra amounts to get front passenger seat Isofix fittings, traffic sign alert on the dash and a space saver wheel, all of which you’d be wise to add. Lane assist is also an expensive option, yet is standard on a number of rivals.

Otherwise, the Karoq stacks up on the money front as well. Our preferred 1.5 TSI SE L model would set you back around £300 per month on PCP after a £3500 deposit, not least thanks to a £1500 dealer deposit contribution already being offered. Competitive emissions and list prices also promise good company tax, and we’d urge even fleet buyers to look carefully at the petrol 1.5 and 1.0-litre engine, both of which are more pleasant to drive than the functional but gritty-sounding diesel, and the petrols will still be reasonably economical in the real world.

So yes. If you want a compact SUV, this one should be right at the top of your shortlist. 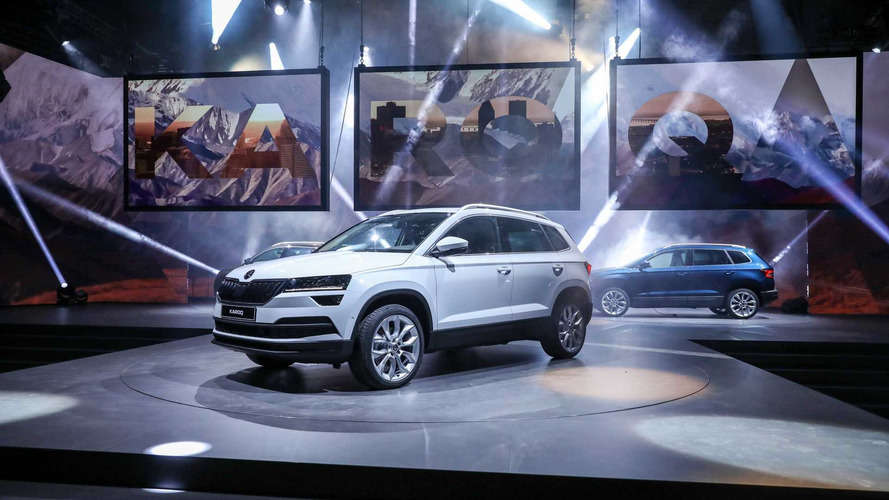