Track-focused GT-R delivers, but at a cost.

The Nissan GT-R in its current R35 guise has been around for more than a decade – a long time for a performance car. Over the years Nissan has been tweaking its formula for its famed supercar killer to ensure that it remains competitive. This particular 2017 model year GT-R has also had a thorough reworking from the lap time-obsessed Nissan Motorsport or 'Nismo' department.

We put it through its paces at Silverstone. As did the British weather… 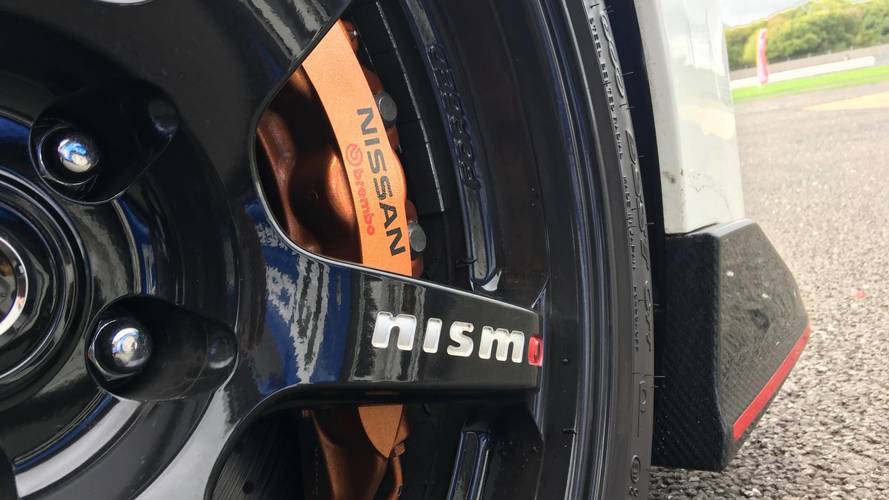 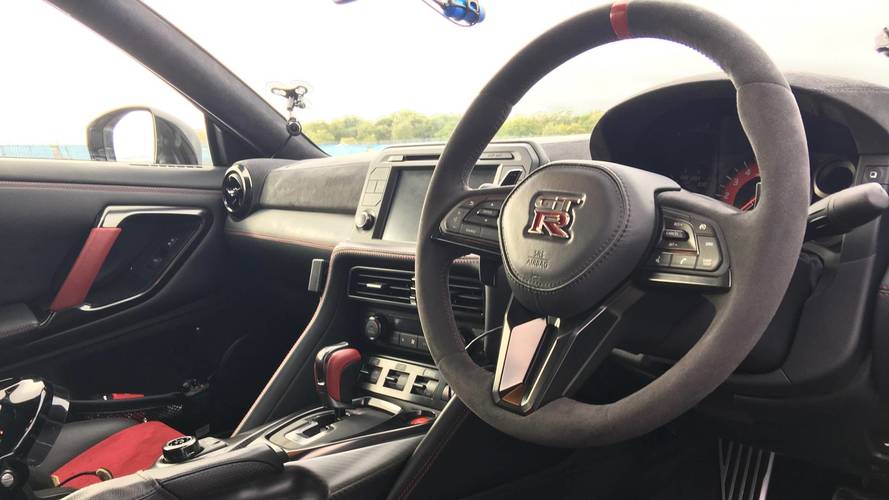 It’s not a pretty car by any stretch, but the Nissan GT-R Nismo is all about form following function. The prominent front splitter, skirts, large diffuser and carbonfibre wing all work together to produce the sort of downforce required to lap the Nurburgring in close to seven minutes. Lightweight alloy wheels and further use of carbon shaves 27kg from the cooking model’s heft.

The interior benefits from changes first seen on the updated standard car. Many hard plastic surfaces have been replaced with plusher materials and a new 8-inch touchscreen negates the need for so many buttons. Naked carbon and some alcantara makes this Nismo interior feel a bit more special, too, but it’s the bolstered Recaro sports seats that steal the show. 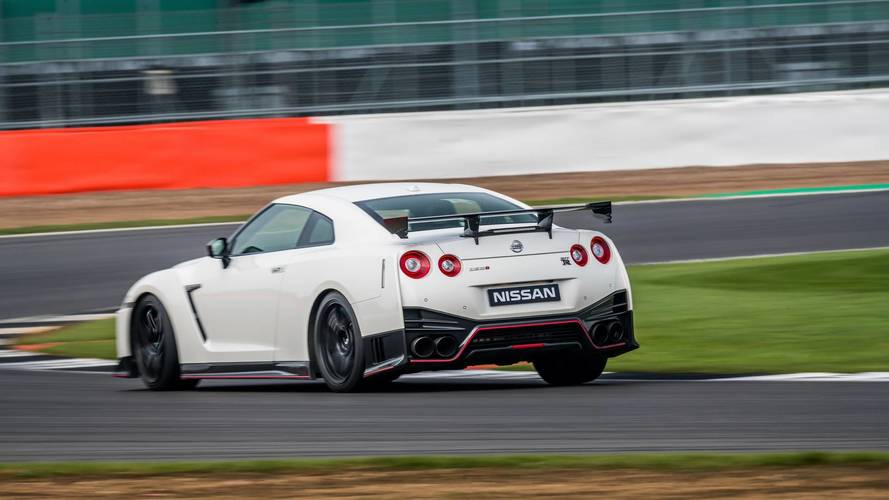 Under the bonnet is that familiar twin-turbo 3.8-litre V6 engine, with said turbos being borrowed from the GT3 racing car. Hand-built by one of five master craftsmen in Japan, it produces 592bhp and 481lb ft of torque. All of that performance potential is channeled to the ground via a six-speed dual clutch automatic transmission and all wheel drive. This combination of power, four-wheel traction and one of the most competent onboard computers to ever find itself in a car, mean that it can banish 0-62mph in less than three seconds. That’s quicker than a Lamborghini Huracan.

From the moment the GT-R Nismo fires into life there is a sense of frenetic energy and urgency. Like a child that’s consumed a few too many crazy E numbers, the V6 even fizzes away at idle. Momentum builds with just a twitch of your right foot, the four-wheel traction making the car seemingly leap from the pit lane exit and charge into the first corner. Turbos sucking and spitting, you feel your organs flung into the back of your seat as the tachometer heads to the horizon. The acceleration shows no signs of relenting before you pull the wheel-mounted paddle for another gear.

Compare to the regular GT-R, it’s more mobile and offers more driver involvement. On a very greasy track, you can feel the all-wheel drive system continuously shuffling power around the car, making sure you can still use its vast performance. But assume this car is for the Playstation generation is a simple plug and play job at your peril. The Nismo is incredibly capable, but if you decide to bury your right foot when exiting a wet corner, don’t expect it to work miracles. 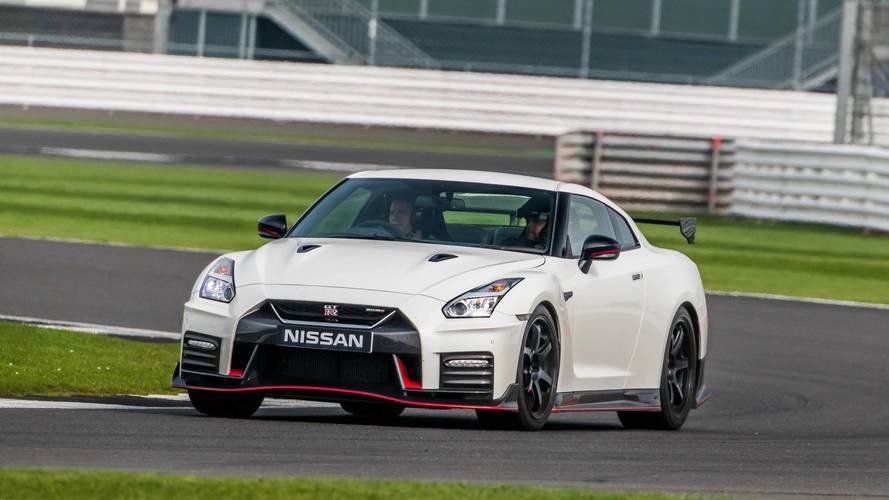 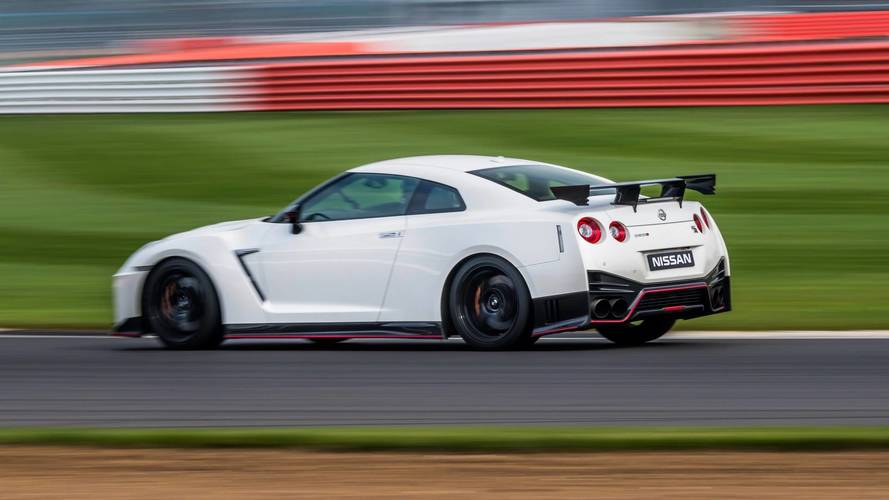 Yet despite the significant weight saving, the GT-R Nismo remains a big, heavy car at 1,725kg. That’s like driving a Porsche 911 GT3 RS on track, but with two very large passengers alongside for the ride. You notice that mass under hard braking, but in the corners, it feels bafflingly light and lithe. Sharp steering and agility allow the GT-R’s nose to home in on an apex with origami-like accuracy, while the abundance of high-speed grip can only be seen to be believed.

This is weapons-grade performance.

That depends upon what you want from your performance car. There’s no denying the Nissan GT-R Nismo is a much more focused predator than the regular car, and those who spend much of their time on track will adore it. But at £150k, this GT-R is some distance away from its origins as a cut-price supercar-slayer. Now, the Nismo is firmly in the same market as the Porsche 911 GT3 and Mercedes-AMG GT-R, both of which offer better badges, finer interiors and more charismatic engines.