The Phantom has long been considered the best car in the world. Now Rolls-Royce is determined to make the best even better…

The task of replacing an icon like the Rolls-Royce Phantom isn’t for the faint-hearted. This is the longest-serving nameplate in the company’s history, enlisted since 1925. Further, the previous generation ‘Phantom VII’ was the car that helped relaunch the company under modern BMW ownership and, unequivocally, represented the pinnacle of automotive luxury for its entire 14-year lifecycle.

Rolls customers may not want regular updates to their vehicles, but when a new model does come along, it needs to move the game on significantly.

The Phantom has always made a big statement on the road. It would be difficult for a four-door, four-seat saloon that measures nearly 6 metres in length, 2 metres in width and is taller than most SUVs, not to. Yet despite those gargantuan proportions, you do wonder at the grace in which the Phantom moves through lesser traffic. For grandeur, no other modern vehicle comes close.

This is a very stylish, exquisitely finished car with some technical might – the LED headlamps, for example, offer a 600m throw of light – and a healthy injection of classicism to respect the Phantom lineage. The rifle-bolt linear lines of very early Phantom models have been softened slightly to embrace a more expressive, almost 1930s vibe. The formerly bluff front grille has been integrated into the body while a chromed character line now connects vast bonnet to windscreen, the rake of which is much faster than before. 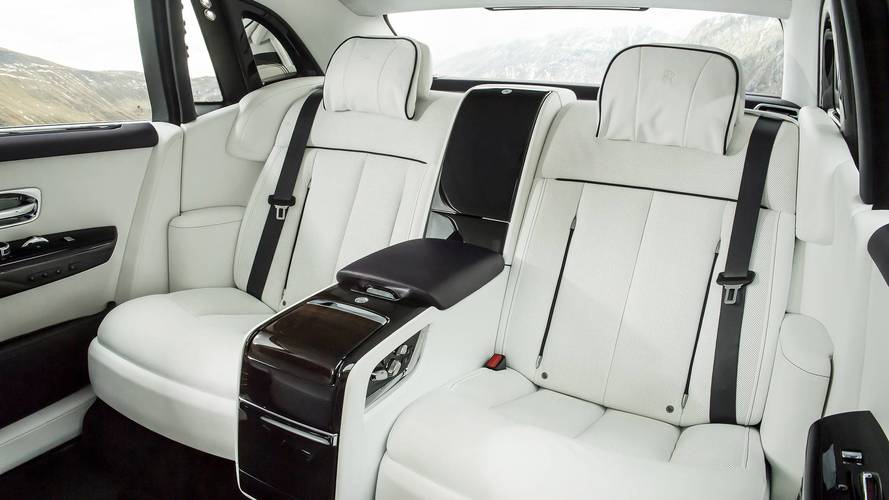 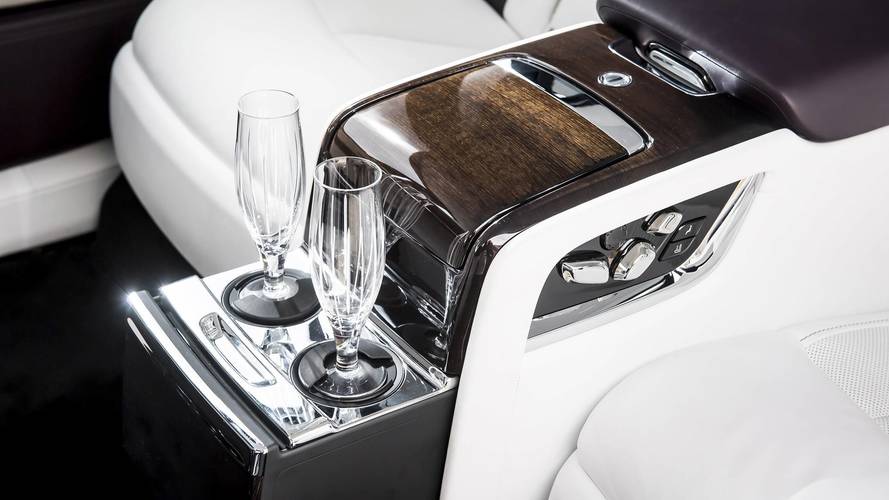 Of course, there remains a strong sense of theatre to any arrival in a Phantom. In the event of a British downpour or the unwanted advances of paparazzi, the vast rear coach doors feature integrated, teflon-coated and colour-matched umbrellas, while the doors themselves may close at the touch of a button. And when you and your better half do seek solitude inside, identities concealed by the 6mm thick privacy glazing and enlarged C-pillar, you’ll notice that the electronically controlled, heated, cooled, massaging seats are ever-so-slightly angled towards one another so you don’t have to strain your neck when talking.

The extended wheelbase version adds 50kg and an extra eight inches of rear space over the ‘standard’ car (these things are relative) giving you ample opportunity to stretch your feet out into those lambswool carpets. Boot size remains unchanged in the EWB at 548 litres, which is 88 litres more spacious than the previous Phantom and big enough to store four sets of golf clubs.

To drive or to be driven? Let’s start in the back, because the ride quality here is as impressive as it is unrivalled. At great expense, the new Phantom has been developed on an all-new aluminium platform bespoke to Rolls-Royce, rather than an up-scaled version of an existing BMW platform as used on the Rolls-Royce Ghost.

It’s lighter and significantly stiffer, making it more composed over all surfaces. The suspension also uses larger air springs with faster-reacting valves, so when it’s connected to a front mounted camera that reads the road surface ahead, it can manipulate the ride characteristics of the car in anticipation. We’re not joking; this Phantom feels like it could float serenely from Monaco to Maghreb. 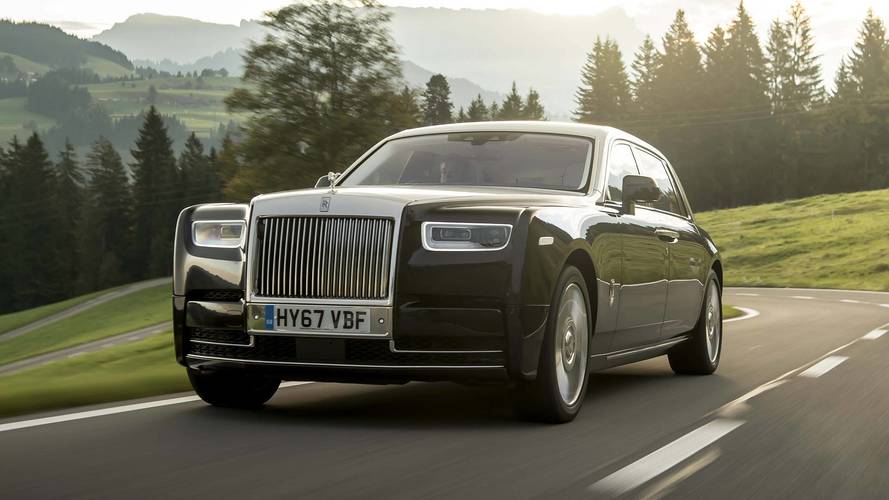 Even in the corners, it remains comfortable yet composed thanks to an electrically-operated roll-stabilisation system that replaces the traditional anti-roll bars and effectively props up whichever side of the car is under more load.

Quite simply, it is the most comfortable car we have ever tested. And it's hard to imagine that it can ever get better than this.

It’s also quieter inside than an electric car, despite using a majestic, turbocharged 6.75-litre V12 that never feels stressed. That’s partially down to the way you drive a Phantom, as it feels much more satisfying to merely nudge the power reserve gauge from its idling slumber. The other contributors are bespoke tyres (Continental tested 180 different sets of tyre compounds before they settled on this one) and 130kg of passive sound insulation.

The Phantom is now 6dB quieter than the previous model at 62mph. Rolls-Royce says it could have been quieter still with active sound management, but engineers quickly discovered that it de-sensitised passengers so much that it induced travel sickness. Think about being immersed in a giant set of noise-cancelling headphones and you’d feel similarly queasy. Ugh. 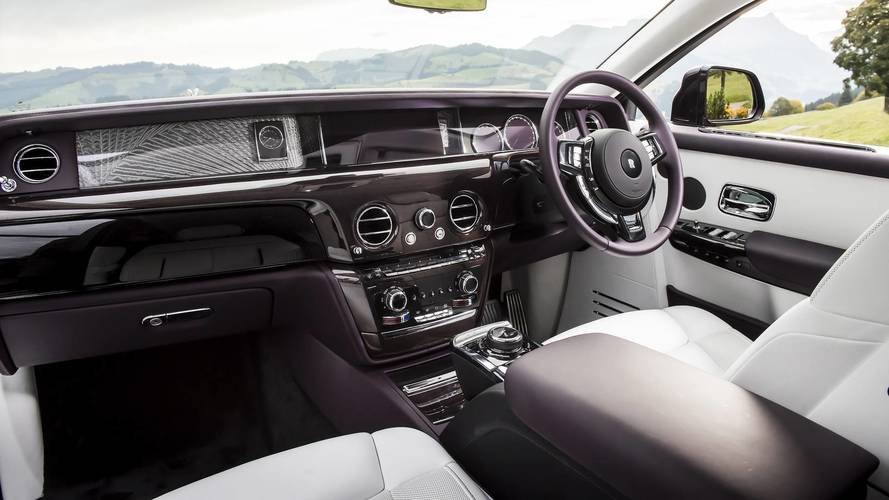 Time to take your mind off things by admiring the Phantom’s ‘gallery’; a new, vacuum-sealed exhibition space that replaces the traditional car dashboard and allows customers to commission their own piece of artwork to take pride of place. It’s a beautifully considered highlight to modern Phantom ownership, offering a level of personalisation to ultra-high net worth individuals that goes way beyond selecting a few paint and leather samples. Customers at this level want their cars to have meaning, and their art commissions to have permanence. Legacy, even.

Fortunately, the head-up display system that broadcasts your speed and navigation instructions on to the windscreen is so clear that you can lower the main infotainment screen, ensuring your view of the gallery remains uninterrupted.

You’d think that hauling 2.6-tonnes of sumptuous leather and art installation around would be quite challenging, but the Phantom is one of the easiest cars to drive smoothly whether on the open road or in dense city traffic. The steering is light and accurate, while the car’s strong bone structure lets you position each wheel on the road confidently. It also has great visibility with 360-degree cameras, there’s hill-hold assist, a smooth throttle and brake pedal for stop-start crawling and a four-wheel steering system that reduces the car’s turning circle. As an owner, we’d encourage you to take the wheel every so often. 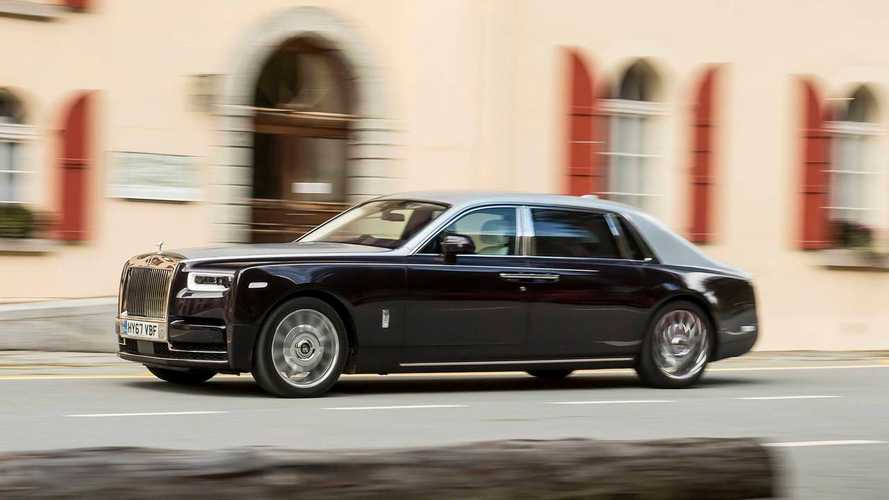 If you do employ a personal driver, Rolls-Royce offers a ‘white gloves’ service to train your employee in chauffeur etiquette. With the exception of a lane-departure warning system, the Phantom remains mercifully free of autonomous driver aids. According to Rolls, the technology is still too compromised to feature.

How else would you arrive? If you want more luxury than any other car will give you, then you need a Rolls-Royce Phantom in your life. True to form, Rolls-Royce has made the best car ever... better. So the Phantom remains the ultimate signifier of success, style and superlatives for at least another decade. This isn’t just the world’s best luxury car; it’s the world’s best luxury product.