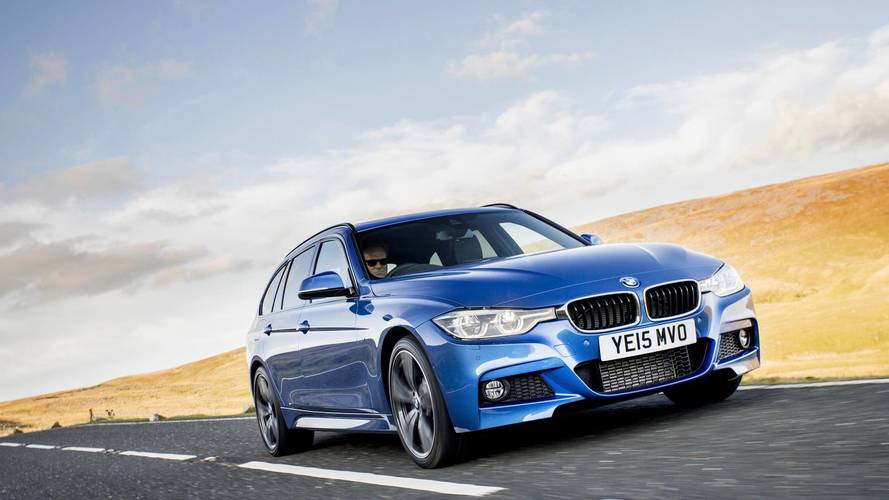 The 3 Series is not the class-leader it once was, but it's still a remarkably accomplished executive wagon

All the hallmarks of the BMW 3 Series saloon but with some added space and practicality, the BMW 3 Series Touring might not be the carry-all solution some of its estate cars offer, but it’s still a compelling buy.

Did you know? The BMW 3 Series and its rivals might be touted as the practical choices, but a VW Golf Estate actually has more carrying capacity.

The 3 Series is a mainstay in the UK, and the Touring only adds to its appeal. No, it’s not the most capacious estate car you can buy, but it adds a touch more practicality to the mix, and does so without detracting from the 3’s enormous driving appeal. Its style make the newer Audi A4 Avant look conservative, though its ubiquity and age is beginning to show among its rivals, particularly inside.

The Mercedes-Benz C-Class and the Audi A4 run it closer on the road than ever, even if the BMW retains the top spot for keen drivers. It’s efficient and should be relatively inexpensive to run, particularly if you forgo a little performance and pick the 320d ED models. Do that and you’ll have a sharp and enjoyable all-rounder, that’ll rarely need filling up and keep your tax bills to a minimum.

Clearly the BMW 3 Series Touring shares the same sharp lines of its saloon relation, only with the addition of that elongated roofline and the differing glasshouse that it creates. Proportionally that practicality gain works, the 3 Series sits low and wide, its longer cabin doing nothing to detract from its overall shape.

Crisp lines, technical-looking headlights with a cool daytime light signature mark it out from its rivals. There is plenty of scope to change how you want your 3 Series Touring to look, too.

The trim levels from SE, ED Plus through Sport, ED Sport, M Sport and M Sport Shadowline add more assertive styling outside as you go up them, M Sport particularly striking with its deeper frontal, side and rear bodywork and larger alloy wheels.

With 20 different wheel design choices, satin metal or black finish window surrounds or roof bars the Touring can be made to look like it should be parked at a posh spa hotel or Spa Francorchamps race circuit, or indeed anywhere in between, depending on your predilection.

Smart looks and 2015 facelift aside the 3 Series has been around since 2012, time enough for Audi to replace its A4 Avant and Mercedes-Benz the C-Cass Estate, both key rivals for the BMW.

The BMW 3 Series Touring’s age manifests itself in the cabin more readily than it does outside. If you’ve experienced Audi’s cool virtual cockpit in the A4 or the interior of a Mercedes-Benz C-Class you might find the 3’s relative conventionality somewhat underwhelming - even if you’ve optioned BMW’s Digital Cockpit.

There’s no arguing with the ergonomics or materials, but it’s left wanting for cutting-edge looks and tech, its iDrive infotainment control now feeling slightly old hat in a touchscreen world. That familiarity and ease isn’t without appeal, though, and elsewhere the rest of the basics are so right. The seats are comfortable, ventilation good and the rear seat space decent enough against its competition. Refinement is good, too, though ride comfort suffers on larger wheel choices and the stiffer choices on the variable M Sport suspension.

The boot space, the reason why you’ll be looking at it over the saloon, isn’t huge. It gains a mere 15 litres of carrying capacity to the luggage cover over the regular 3 Series, that equates to 495 litres of space. Fold the rear 40/20/40 split seatbacks and that grows to a more useful 1,500 litres. Both Audi’s A4 Avant and Mercedes-Benz’s C-Class estate better that, if only by a handful of litres.

Neither of its German foes offer the useful opening glass on the tailgate at the rear, although all come with optional boot stowage solutions to allow you to manage the space more effectively. The boot shape and lip height is good though, if you do find yourself needing to lift bulkier items into it.

Arguably as crucial in this class as the drive itself is the 3 Series Touring’s ability to connect to its owner’s smartphone and the life contained within it. It does so, but you’ll need to do some options box ticking if you want the most advanced systems.

As standard all come with sat nav, DAB audio, Bluetooth connection and BMW Apps interface, Emergency Call, Online Services and Real Time Traffic Information as part of BMW ConnectedDrive. On top of that there’s the opportunity to add BMW’s digital dials, and other equipment like the BMW Professional Plus media package that includes a full colour head-up display.

Your 3 Series can tell you when you need to leave via your phone, IWatch or Amazon Echo if you need it to, assuming you’ve chosen the right optional equipment. It's also possible to have a wifi hotspot, wireless phone charging and more, assuming your budget can stretch to it.

That entry 318i petrol is a turbocharged 3-cylinder engine of 1.5-litre capacity, the 320i being a turbo 2.0-litre four-cylinder, as is the 330i. Indeed, if you want more than four-cylinders in your petrol BMW 3 Series you’ll need the 340i, with its six-cylinder in-line 3.0-litre unit. The diesel range from the 316d to 320d has a 2.0-litre turbodiesel in various states of tune under its bonnet, with the 330d and 335d coming with a 3.0-litre six-cylinder turbodiesel. Unlike the saloon, the Touring line-up does without the plug-in hybrid 330e model.

All you really need to know is that the 3 Series, in all but 316d guise can manage a 0-62mph time comfortably under 10 seconds, with the 335d M Sport xDrive Touring making use of its standard xDrive all-wheel drive traction and that diesel’s low rev urgency to slip below 5 seconds with an official 4.9 second time. Without an M3 Touring in the range, that makes it the quickest 3 Series Touring you can buy.

The heartland of 3 Series Touring range is the 320d, with the effortless,183bhp 2.0-litre turbodiesel bringing easy pace mixed with economy. It’s not difficult at all to see why it’s so popular given how competent an all-rounder it is. The 320i petrol shouldn’t be ignored though; it’s more refined and slightly quicker to 62mph with a 7.5 second time.

The smaller engines come as standard with a slick, if heavily sprung six-speed manual, but the eight-speed automatic is a worthwhile addition for the ease it brings. In most cases it also improves performance, both against the clock and at the pumps.

Handling has always been at the core of the BMW 3 Series’ appeal, and the current car exemplifies that. It might not demonstrate quite the gap it once did over its rivals, but all 3 Series models drive with real sophistication - the ride comfort good and the handling beautifully balanced. Being an estate car does nothing to change that. The steering is direct and offers fine weighting, but it’s a touch mute when it comes to feel.

M Sport cars come with firmer suspension, which can be a little unsettling on poorer surfaces, so we'd recommend you delete that option (which you can do for free), or choose the adaptive dampers that allow you to toggle through different suspension settings.

There’s the option of xDrive four-wheel drive on the 320d, 330d and 320i models, it standard on the 335d. Unless you really think you’ll need the additional traction it brings, the rear-wheel drive is fine, and hugely entertaining in the 340i. Even so, and being more pragmatic as a Touring buyer, the pick of the range remains the 320d in M Sport guise with the automatic transmission.

There’s a full suite of airbags and electronic stability and traction systems, as you’d expect, and the BMW 3 Series has scored a five-star Euro NCAP rating - albeit under less stringent tests than have been introduced since 2016. There are two ISOFIX child seat mounts in the rear, standard cruise control with brake function and BMW Emergency Call as part of the standard BMW ConnectedDrive Services.

There are plentiful colour choices, with 11 standard colours in non-metallic and metallic finishes, Estoril Blue metallic that’s reserved for M Sport buyers and four more adventurous (if expensive) hues via BMW Individual. If you’re not looking to spend any more than absolutely necessary, the non-metallic black or white are standard, no-cost colours.

The range starts with SE trim, then heads up via ED Plus (ED being EfficientDynamics), Sport, ED Sport, M Sport and M Sport Shadow Edition. Those ED models are focussed on economy, coming with slightly detuned engines and other fuel-saving equipment like smaller alloy wheels and active air flaps. They also add Dakota leather upholstery and front seat heating over the SE and Sport trims.

It’s worth looking carefully at the included options, as it’s better to buy a more expensive model which comes with more standard equipment in the first place than specify up a car to your needs. ED Sport or M Sport make a lot of sense, the former for its great standard equipment, the latter for even more and the smart M Sport styling.

Now very much a 3 Series signature, good economy has played a large part in its success in the competitive fleet marketplace. Key here are the diesel choices, and in particular the 320d ED Plus Touring.

Choose it and you’ll have a car that’s got an official combined consumption figure in excess of 70mpg, or just below it with the standard manual gearbox. That drops marginally on larger alloy wheels, or in non-ED Sport and M Sport versions, but even with these the official figure is above 60mpg. In reality the fuel economy will, of course, be lower – think around 45-50mpg if you’re not in too much of a hurry.

CO2 on the diesel models are very impressive. Inevitably they rise with the addition of xDrive and the larger 3-litre turbodiesel, although even then they’re not punitive - particularly when you consider the performance on offer.

The petrols claw back some lost ground with their turbocharged nature, being smooth and efficient, if not quite as parsimonious as the diesel engines. A manual 320i delivers official economy of just over 40mpg that, amusingly, the same as quoted for the sports car-fast, six-cylinder 340i. The 318i will achieve just over 50mpg officially if optioned with the automatic transmission and smaller alloy wheels, although we'd be on edge about what economy you'd get in real world use from this fairly low-powered petrol engine.

All 3 Series do well for residual values, making ownership of a premium car surprisingly accessible.

The 3 Series Touring’s service schedule is condition based, depending on use, informing you via the instrument cluster. There’s a three-year unlimited mileage warranty, and while reliability should be assured, though BMW’s recent performance in customer satisfaction and reliability surveys isn’t quite as impressive as it should be.

This is necessarily competitive, as the 3 Series Touring sits in a hugely tough-fought sales sector. Obviously the smallest petrol is the cheapest, but it’s the 335d Touring that’s the most expensive not the 340i. Touring models add a premium of £1300 over their saloon relations.

If you're buying on finance, BMW is offering big deposit contributions and low-interest finance as incentives to opt for the 3 Series over its newer rivals. A £6k deposit on a three year PCP contract will get your monthly payments for a 320d Touring M Sport auto down to around £300.

Company car buyers will pay virtually the same for an automatic BMW 320d ED Sport as you will for the equivalent Audi A4 or Merc C-Class estates. BIK tax comes in at just over £10k (for 40% tax payers) over three years, which averages out at around £280 per month. 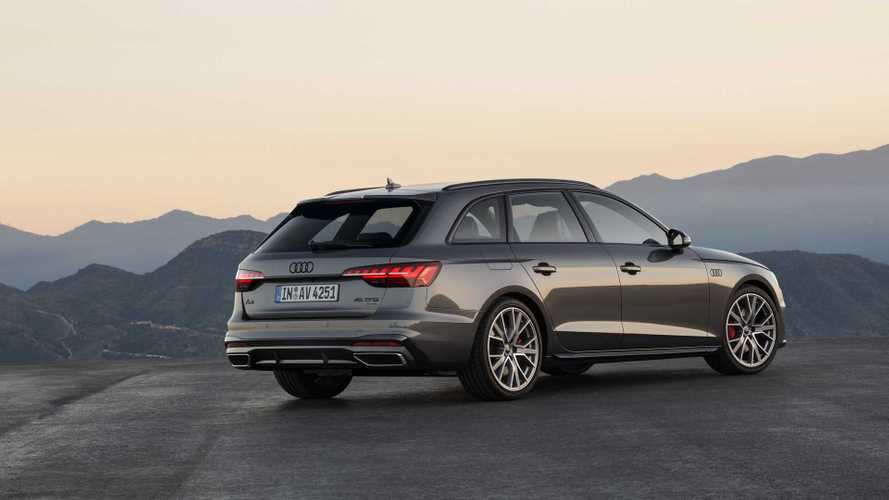