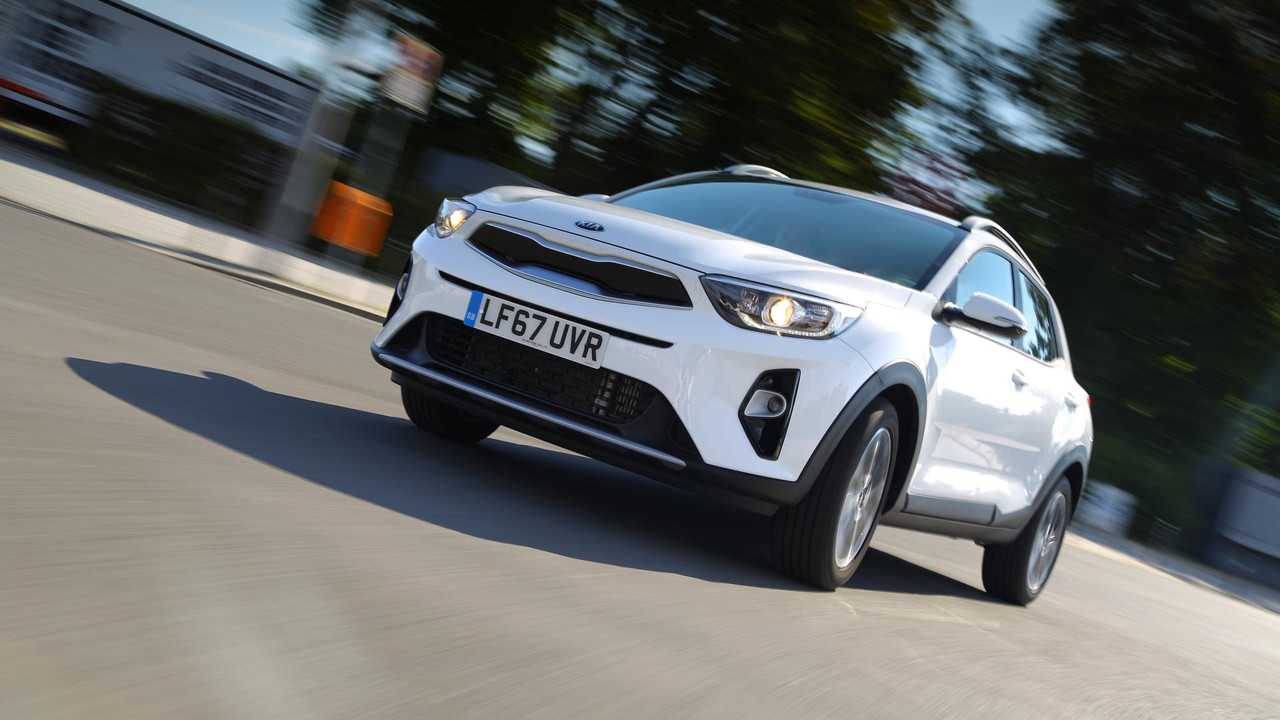 Kia joins the emerging compact crossover segment, only to follow the crowd.

The Kia Stonic is a small, tall(ish) car that attempts to mimic the style of an SUV with the handling characteristics and running costs of a more conventional hatchback. It’s what is known in the trade as a compact crossover, what market analysts describe as the B-SUV segment and what a lot you might be considering as your next set of wheels.

Apparently, the market for these jacked-up runabouts is about to go bananas - in fact, the success of rivals like the Nissan Juke and Renault Captur show that it's already pretty fruity - which is why every car maker from Kia to Volkswagen is getting in on the act.

While the Stonic may look like a junior Kia Sportage SUV, it is in fact based on the Ford Fiesta-sized Kia Rio, using the same engines and basic underpinnings. For a segment that prioritises style over all else, the design is more cautious than creative, but at least it doesn’t divide opinion like the Nissan Juke. The cabin is well finished, albeit similarly straight-laced.

In a refreshing turn, Kia has pared back the complexity of the Stonic’s range by offering just two trim levels, both generous enough to require no further upgrades. The entry-level ‘2’ trim includes 17-inch alloys, daytime-running headlights, reverse parking sensors and a 7.0-inch touchscreen infotainment system with Bluetooth, digital radio and smartphone integration for both Apple CarPlay and Android Auto. The ‘First Edition’ trim level adds keyless go, navigation and a very sharp-looking contrast colour roof available in red, black, lime green or orange. If you want your Kia Stonic to stand out from the crowd, the contrast colour roof is the only way.

Four-wheel drive isn’t available, but a host of driver aids are, including hill start assist, automatic high beam assist, blind spot monitoring and autonomous emergency braking. An automatic version with a dual-clutch transmission will also go on sale in 2018.

It’s a bit of a mixed bag, really. Usually, a model like this will either attack corners like a city car, or it will sacrifice a bit of dynamism to offer its occupants a squashy, comfy ride. The Stonic, however, is somewhere in the middle. There’s little in the way of body roll, but it doesn’t have that tied down sensation you’d value at high speed. The controls are light and positive to use, yet it’s no benchmark for steering feel. The ride quality is fidgety in town and despite the SUV-inspired styling, the driving position is needlessly low-slung. After all, having a raised driving position plays a big part in the appeal of cars like this.

There are three engines available, but you can dismiss the underpowered 1.4-litre petrol and droney 1.6-litre diesel. Even Kia concedes that more than 50% of its sales will be attributed to this three-cylinder turbocharged 1.0-litre petrol engine. It develops 118bhp and a distinctive, offbeat thrum that’s clearly audible when accelerating. The 0-62mph sprint takes 10.3 seconds, while you’ll get close to that official fuel economy figure of 56.5mpg.

These are not class-leading figures but, for now, they’re acceptable. Consider, for example, the forthcoming Seat Arona with its smoother, four cylinder 1.5-litre petrol engine. While performance is similar at 113bhp, this engine will be able to shut down two of its four cylinders during gentle driving to minimise fuel consumption.

This may be a crowded market, but there isn’t a clear champion in the compact crossover class. Disappointingly, that verdict remains unchanged after our time with the Kia Stonic. It’s a good car that is generously equipped and stylish enough, but a little bit unmemorable. Beyond Kia’s brilliant seven-year manufacturer warranty, it struggles to offer anything of real difference to rivals.