The cheapest McLaren you can buy, but it's still brimming with supercar shock and awe

Saying a McLaren is ‘entry level’ seems somewhat dim. See, the McLaren 540C comes from the same stable as the 570S, 720S, and the legendary P1 hypercar, which means it’s hardly going to be, erm, slow. Yet the Woking-based firm has created a car for those who don’t want the full banana, but still want a slice of supercar fun for not as much cash as you might expect.

£126,000 will get you in the driver’s seat of the baby Macca – still a large amount of wedge, sure, but you’re not getting a wheezy engine and hideous plastic hub-caps. No, you get a 3.8-litre twin-turbo V8 with 533bhp and 398lb ft and a thing that looks – is, in fact – every inch a supercar fantasy.

Inside, the McLaren feels every bit the supercar, too. There are swooping panels, leather and metal everywhere (fun fact: McLaren makes all of its own switchgear – you won’t find any levers or buttons from another marque, unlike, say, Aston Martin which now shares a fair bit of Mercedes’ inventory), and the seats are comfortable and supportive.

It’s a hand-built car, which has up-sides and down-sides. On the plus, your car will be bolted together especially for you, which evokes all kinds of warm, tingly, smug VIP feelings. Conversely, it’s handmade – unlike a Porsche 911, which is made with robotic precision. A human hand can get things a bit wrong, so mismatched gaps in trim and other imperfections can creep in despite McLaren's painstakingly high standards.

Another quibble is the infotainment system, which is overly fiddly to use and a bit slow to respond. Newer 570S derivations get an updated unit that does a far better job. Maybe it’ll trickle down to the 540C. Hope springs.

Performance figures are one thing – 0-62mph takes a mere 3.5 seconds and it’ll clip 199mph if you’ve a runway big enough – but the 540C's dynamic delivery is another thing altogether.

Its engine may seem familiar since the first tranche of McLarens all used a variation of the same 3.8-litre twin-turbo V8 in various states of tune. As the hideous cliché goes, if it ain’t broke don’t fix it, and this engine ain’t broke. The acceleration on offer is ridiculous, especially when you consider it’s got to channel all that power through its rear wheels alone. Yes, a damp road will cause the wheels to stutter and the traction control to step in, but once you’re moving it’ll effortlessly breeze up to triple digit speeds.

Thanks to McLaren’s ride and handling team, unless you’re looking at the speedo you may not actually notice just how fast you’re going. The cabin remains quiet and calm at speed, the ride composed over even the mankiest of tarmac.

Around town you’ll be blissfully unaware you’re in a supercar (McLaren calls the 540C a ‘Sports Series’, but… nah, it’s a supercar) thanks to its ride comfort. You’d expect something like the 540C to be jarring and uncomfortable, but in reality it really isn’t. Yeah, a pothole will put you momentarily off your stride, but other imperfections won’t bother you.

Until you start pressing buttons, that is. Prod the ‘Active’ button and you can begin to fiddle with the settings for the car’s powertrain and handling. Normal, Sport, and Track are your options. Each adjusts the ferocity of what’s on offer, allowing you to customise your experience. Having the powertrain (gearbox and engine) in Sport and handling in Normal is a perfect setup for a backroad play, but popping both in Track should be reserved for, well, the track. It’s a little much for all but the smoothest of roads.

No matter which mode your handling setting is in, you’ll surprise yourself with how easy the 540C is to drive. Its steering is intuitive, and gives incredible feedback, allowing the driver to feel what’s under the front wheels, how well they’re coping, and whether or not you’ve got grip to spare.

You’ll find yourself taking corners faster and faster, until you’re given an understeery warning that you’re about to exceed the car’s limit. Turn all the safety aids off and it becomes a delight, just make sure you’ve got quick hands…

Its dual-clutch gearbox gives smooth shifts in its most placid mode, so much so that you may not notice it doing its thing around town. Crank the powertrain setting to sport or track and it makes its presence known, giving you a good ‘ol-fashioned kick in the back with each shift.

Braking is taken care of with old-school steel rotors, though you can spec carbon ceramics as an option. They’re smooth and easy to modulate, and the pedal has great feel so you can easily measure how much pressure you’re giving them.

Calling a £126,000 supercar ‘entry level’ is foolish. It isn’t entry level at all. It’s a stunning piece of engineering and up there with the best. It’s accessible, easy to drive, and good fun. The next model up, the 570S, is faster, sure, but is it worth the extra nearly £20,000? For the vast majority of people… probably not. But they’ll still go for it anyway. For those in the know, though, the 540C will be more than enough. 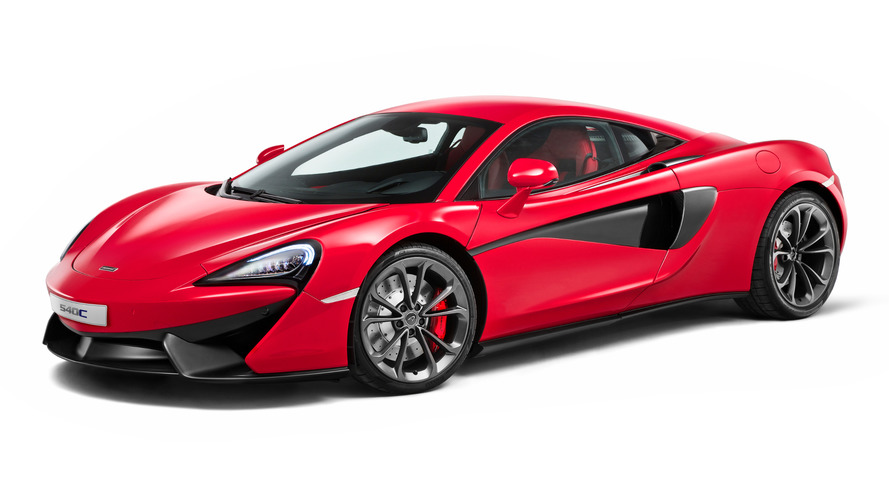