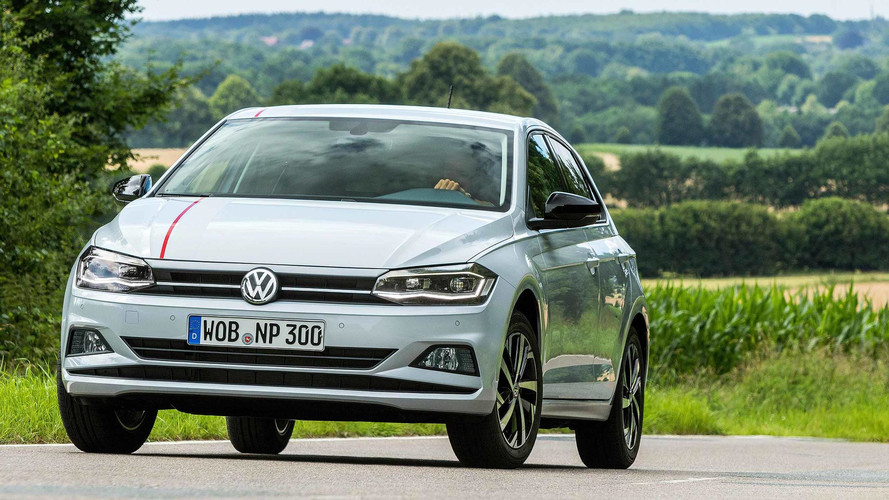 More practical, and more sophisticated than ever.

The Volkswagen Polo. It’s no wonder that it’s a household name – a default safe option on the ever-crowded small car carousel – given that VW has produced more than 14 million of them globally since it was introduced in 1975.

The significant things to know about this all-new, sixth generation Polo are that it is bigger, safer and cleaner than ever. It is also five-door only, just like the Seat Ibiza that shares its architecture and engine line-up with the Polo, so if you’re desperate for the sleeker looks of a three-door supermini, a Ford Fiesta would be your best bet.

The core of the Polo’s engine range is a line-up of four 1-litre three-cylinder petrols ranging from 64bhp to 114bhp, but high-mileage, economy-focussed buyers may be tempted by the 1.6 diesel. A 1.5-litre petrol car with 148bhp serves up a nearly-hot hatch offering, while the full-on, 198bhp 2-litre GTI arrives in 2018.

Now, about that ‘bigger’ aspect of the new Polo. It’s just over four metres long and is 1.95 metres wide. To put that in context, that’s only 20cm shorter and 4cm narrower than a Golf. However, for even more context, a Seat Ibiza is in fact a fraction bigger still and the Ford Fiesta isn’t far behind both, either, so it’s not just the Polo that’s growing so much in this class.

The upside to the bigger dimensions is that the Polo now has a whopping 351-litre boot, which – somewhat remarkably – betters the boot in a Ford Focus and surpasses the boot in a 2017 Ford Fiesta by some 60 litres (or roughly an extra cabin bag’s worth of space).

The downside is that the Polo is classified as a small car but is - by most people's standards - not actually a small car any more.

So is bigger also better? Or has the Polo swelled to a size that starts to compromise its chief remit as an urban runabout?

The Polo cuts quite the dash in its new guise. It is fussier styling, particularly in terms of the pronounced creases down the car’s flanks and the bold horizontal lines that now define the Polo’s face, but the lower, wider look does make it look appealingly chunky and planted on the road.

If cabin feel and appearance is a priority, the Polo could well justify its premium before you even set off. An 8-inch colour touchscreen is standard across the range, and is high set in the dash so you can see it easily. There’s also an optional digital dial setup – dubbed Active Info Display – which replaces the physical dials with a screen that allows you to adjust the information shown to include the satnav map, or any of the usual streams of information. It’s not necessary, of course, but it does really boost the overall classiness of the interior and is a cool bit of kit that you’d generally expect in more high-end cars.

On top of all that is a new level of personalisation, which includes eight different interior trim colours for the dash insert and eleven different seat colour variations to complement the array of 14 exterior colours now offered.

It all looks good and feels solidly put together, although some of the colourful inserts look a bit out of place in an otherwise quite straightforward dash design, so choose carefully from the options list. Still, it's a really user-friendly dash, and the standard screen is great – crisp graphics and colour contrast, and a sensible menu layout aided by useful touch-sensitive shortcut buttons.

The driving position won’t disappoint, either. All shapes and sizes of driver will be able to get comfortable and will have a clear view of the dials, although the more raked back windscreen pillars do encroach onto your view out onto junctions a bit more than the more upright pillars in the old Polo used to.

Otherwise it’s easy to judge the car’s extremities, and if you are worried about car park stresses, rear parking sensors are standard on higher trim levels, and you can even add a rear parking camera and a park-assist system that steers the car into a space using magic alone.

The expanding body of the Polo has resulted in better practicality inside. There’s loads of room in the back for two adults, with generous knee and headroom, and that boot is really huge for a relatively small car.

To be honest, the Polo drives just like a slightly shrunken Golf – secure, refined and cohesive, with a dash of entertainment and nimbleness - and that will probably be all the description that most buyers need to know that it’ll do the job brilliantly.

Our test car came with the 94bhp 1-litre turbocharged engine, a seven-speed DSG dual-clutch automatic and the optional adaptive dampers, so it’s certainly one of the more expensive Polo models, but it felt like an expensive car in the way it drives.

Those dampers keep things tidy even over really scruffy roads, delivering a pliant, well-controlled and refined ride comfort that keeps you unruffled even on long journeys as well on a torturous school run or city commute. There’s barely a whiff of the choppy, bobbing ride that’s often typical of small cars.

The 94bhp 1.0 TSI is a gem of an engine. It revs keenly, delivers an entertaining zip of acceleration up to moderate road speeds and pulls well even from very low revs. A five-speed manual gearbox is standard, but the engine also works fantastically well with the seven-speed dual-clutch gearbox, which shifts cleanly and precisely to keep the engine in its sweet spot. Despite the fact that there’s sometimes an irritating moment of delay as you pull away from a standstill, this is still going to be one of the best choices for you if you’re after an automatic supermini.

In terms of handling, the Polo is ruthlessly composed. The steering is light but direct, so you can wield the car with relish and you always know precisely where the nose is and what it’s going to do in the next instant. It hits the right balance of being easy to drive in all sorts of awkward roads in or out of town, and yet it still offers a spark of entertainment, even if it’s not as lively to drive as the Ford Fiesta.

As much as any of that, it’s the refinement of the Polo that will make it so easy to live with, even over big miles. Engine noise dies right down when you’re on a steady throttle, wind noise is well suppressed and only road noise creeps in as the most noticeable background thrum at higher speeds.

Ah, well, the problem here is that VW is yet to confirm pricing and equipment specs for the Polo so we can’t say for sure. However, we can reliably state that it’ll be a bit more expensive than a Seat Ibiza or Ford Fiesta, but many will consider the interior finish, badge kudos and better re-sale values more than justification enough.

Even without final pricing details we can say without hesitation that the Polo is a great small car. In fact it’s such a great small car – refined, comfortable and practical – that it’ll quite rightly steal some sales from the family hatchback class above. Is it class-leading? We’ll have to wait and find out when we get the Polo and its rivals in the UK, but safe to say that it’s in with a damn good shout.

Orders for the Polo open in October, and it'll arrive in showrooms in January 2018.