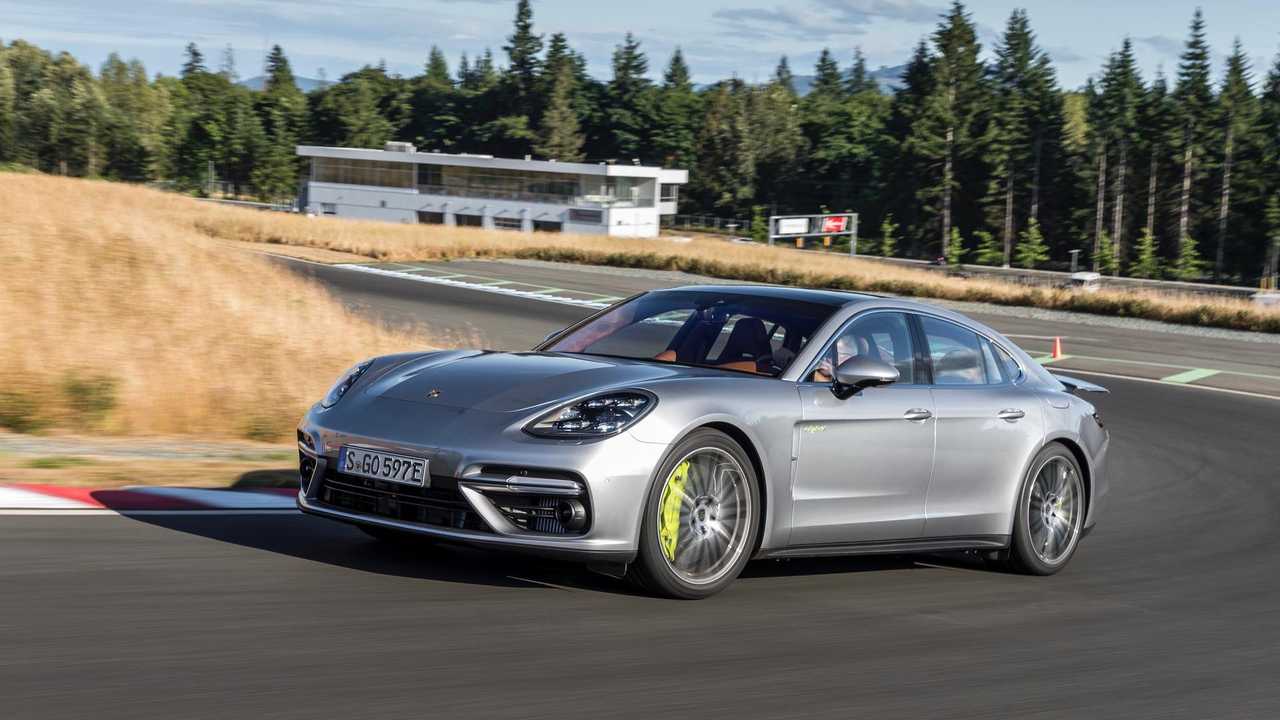 Monstrous pace, pure electric range and luxury finish is all good, but doesn't justify the price.

Fast hybrids make so much sense. All the performance, less of the exorbitant fuel usage and the ability to float about in smug, eco-friendly silence on your city commute before going banzai on your favourite B-road. Sounds perfect. And yet it isn’t. Not yet.

No manufacturer seems to have quite managed the perfect execution of the performance hybrid (south of the hypercar scene, which is something rather more than ‘just’ performance hybrids). Maybe a BMW i8, but even that’s questionable.

Even Porsche hasn’t nailed the brake feel, the weight management, the way the electric and combustion engines work together or alone… It’s been good, but never as good or better to drive than a combustion-engined alternative.

But now there’s this. The Panamera Turbo S E-Hybrid – a sleek slab of prime, luxury four-door real estate, brimming with twin-turbo V8 naughtiness and digitally enhanced with 30 miles of pure-electric power. Or, with the electric and V8 motors working together, you have 671bhp and the sort of torque levels normally only seen in astrophysics being shuffled about by the clever four-wheel-drive system.

The lurid green brake calipers are the most overt design cue that differentiate this range-topping Panamera. Apart from that, it looks much the same as the rest of the Panamera range, which is to say low, squat and wide, with a very fancy rear wing that folds up and out of the boot.

We favour the looks of the Sport Turismo with its shooting-brake silhouette, but this fastback Panamera is certainly a handsome, distinctive GT that is unmistakably from the Porsche fold.

A decent portion of that high price is justified by the sumptuous, precisely finished interior. The 12.3-inch touchscreen dominates the fascia and is bright, mostly easy to use, has all the kit you’d want included and responds quickly. Touch-sensitive air-con controls illuminate the gloss-black surface of the raised centre spine that runs the length of the four-seat Panamera’s interior, acting as a divider between each occupant.

Even the most unusually-shaped driver will be able to get comfortable in this lavish-feeling cabin, although some might wish the steering wheel would drop a touch lower. There’s also enough room in the rear two seats that very leggy passengers will be comfortable, or if they’re not then there’s always the long-wheelbase Panamera ‘Executive’ model to offer a bit more knee room.

The boot’s big enough for golf clubs or shopping bags aplenty, but bulky items might be a problem thanks to the sloping bootlid making for a fairly shallow space.

Visibility’s not great, though, so you’ll be grateful for the standard parking sensors.

This car weighs almost 2.4 tonnes, but it will dismiss 62mph from a standstill in 3.4 seconds – the same as a Lamborghini Huracan. It’s that utterly brutal, incongruous sense of doing supercar speeds in a luxury GT that defines this car, but ultimately the Panamera Turbo S E-Hybrid is about three different cars rolled into one.

First is the relaxed cruiser. Stick it in hybrid auto mode and let the air suspension and the excellent eight-speed dual-clutch automatic gearbox ease you through the miles while you enjoy the clarity of the standard Bose sound system. This is what most people will want from the Panamera and it’s seriously good at it.

Then there’s the electric city commuter; a function that’s made all the better by the fact that the system is very impressive at harvesting electric power. So even if you’ve been really plundering the performance acreage since the last time you plugged the Panamera in (a full charge takes around two hours), there will likely be a useful number of electric-only miles left for the urban creep.

Finally, there’s the sports car. It’s a blunt sports car. A heavy sports car. But actually it’s still really quite good. There’s enough heft to the steering, and enough playfulness and nose-first attitude to the four-wheel drive system that you can chuck the Panamera around with remarkable gusto for a five-metre long limo. You can certainly get stuck into a B-road and really enjoy yourself.

And yet – impressive as it is – the Panamera is not the final word in hybrid sports car finesse. Standard ceramic brakes deliver great (and lasting) stopping power, but the pedal feel and response is unpredictable and not particularly easy to modulate in normal driving situations.

The steering, while weighted perfectly well, has little in the way of feedback or feel. Ride comfort in the firmest ride setting is way too brittle to suit UK roads (although the softer settings are better resolved), and perhaps most disappointingly, the V8 sounds a bit whiny and uninspiring – there’s none of the rich, classic rumble that you associate with that engine format.

No. Well, okay, maybe if you’ve got the most generous company car scheme of all time then you can justify it, since CO2 emissions of 66g/km will guarantee low monthly tax costs despite the monstrous performance potential of the Turbo S E-Hybrid.

But even then, while the engineering of this hybrid super-GT is a truly remarkable thing, the reality of owning it is unlikely to justify the cost – whether it’s you or your company picking up the bill.

Even without looking at vastly cheaper alternatives like the Mercedes CLS or Audi A7, perhaps the best benchmark for why you shouldn’t buy the Turbo S E-Hybrid is Porsche’s own Panamera 4 E-Hybrid. Sure, it’s got a V6 petrol rather than a V8 and ‘only’ does 62mph in 4.6sec, but it costs some £56k less. That’s £56,000 cheaper, and yet it is the same car – same looks, same lovely interior, still with air suspension and four-wheel drive – doing demonstrably the same job. We drove it, and it’s really just as great as the Turbo S version, only without the frightening straight-line pace.

So buy the lesser hybrid model, because the Panamera is a great thing. Enjoy its electric range on the commute, and the rorty V6 pace the rest of the time, and then buy a Cayman with the money you’ve saved and keep that for the proper sports car moments when you don’t need to take the kids. It’s a much, much better use of your cash.