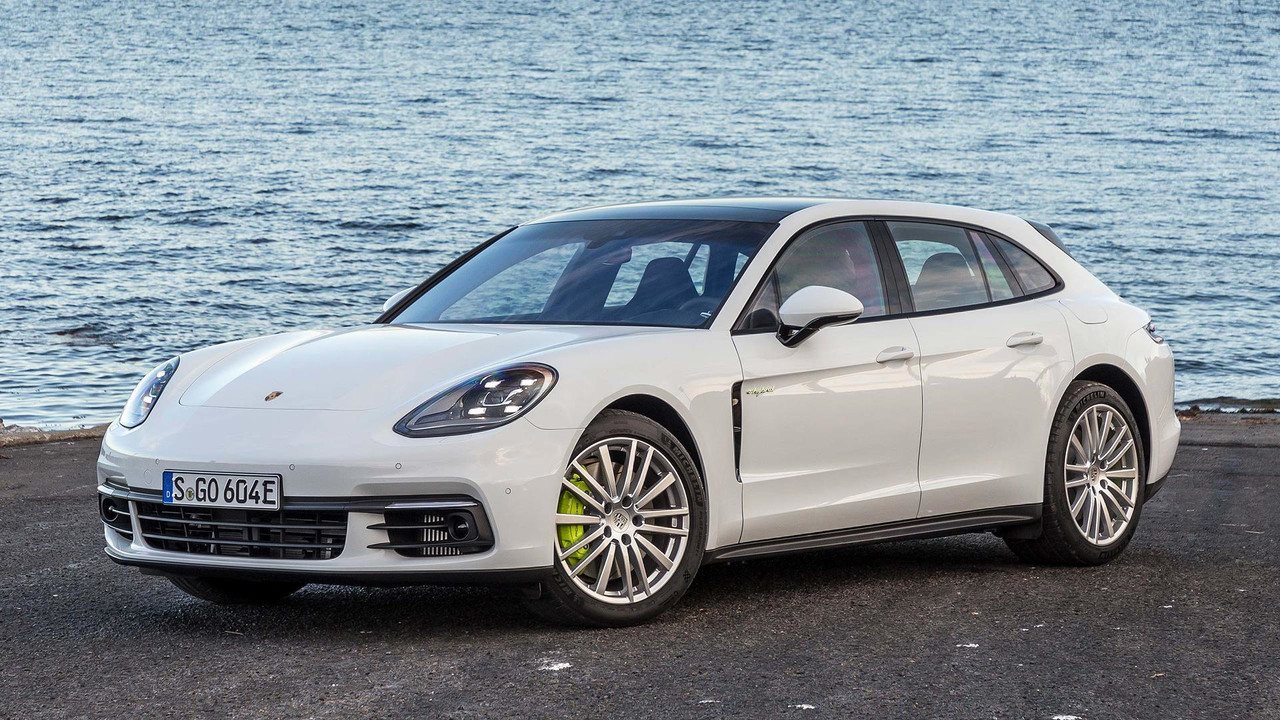 The 2012 Paris motor show was when we first clapped eyes on what would eventually become the Panamera Sport Turismo. Porsche's concept highlighted not just how a potential Porsche wagon could look, but the new design direction for the second-generation Panamera.

That sport saloon, as Porsche refers to it, has been around for a year or so now, and it's finally a car that’s comfortable with the German company's family look. Following it to market is this promised Sport Turismo 'estate' variant, which you might think adds practicality to the mix, but the reality is a little bit different.

Think shooting brake rather than proper estate car, as this is a car defined more by its styling than any real concessions to practicality. The boot is only marginally larger, at 20 litres with the seats up, though access to it is better.

The real boost is to rear headroom, or at least the impression of it, the cabin feeling airier back there than in the conventional Panamera. There’s also a third seat in the back, which even Porsche somewhat apologetically refers to as a '+1'. It really is little more than an additional three-pointed seatbelt over the leather-covered hump that separates the two outside seats proper.

The Panamera has always cut its own swathe in the luxury saloon marketplace, and the Sport Turismo is no exception. Yes, the rear seats can fold 40/20/40 for a flat load area, and there’s the option of load retention systems for the boot floor, but if you’re after wardrobe-swallowing ability that’s fast and luxurious then look elsewhere.

A Cayenne’s got a bigger, more useful boot, so the Sport Turismo is all about its lines. You might appreciate the greater feeling of space in the back seats, but otherwise it’s no different – to drive at least.

Visually it's very effective, the shapely haunches of the Panamera suiting the Sport Turismo’s longer roofline and more upright rear hatchback. That opening cuts deeper into the rear bumper, too, reaching under the number plate, improving access to that marginally bigger luggage area.

It's an attractive car, with some provisos: it arguably looks best when not wearing the optional SportDesign package in body colour, which looks a bit heavy handed. Without it, the lower sections under the body are contrasting in colour, lengthening the Sport Turismo and lightening the look at the rear. All UK cars for the first year or so will have to be optioned with the panoramic sunroof, so you’ll have a dark roof to consider if you’re picking colours, too.

Likewise, the standard 19-inch wheels look a little bit underwhelming, the Panamera looking better on optional 20-inch items, or even better again on the 21-inch rims. Inside, behind the wheel, the Sport Turismo is no different to the regular Panamera, the controls a cinch to operate, even if the 4 E-Hybrid model tested here has so many modes that a few new buttons and sub-menus were needed.

The overall quality is superb, the driving position comfortable, and the instruments mix analogue and digital to good effect, though the front vents controlled by a touchscreen is needless technological overkill.

Silently, in E-Power mode. Yes, we’re in the 4 E-Hybrid, which, if we’re being entirely honest, wouldn’t be our pick of the available drivetrains. What is obvious though, having driven this electric/petrol mix in the Panamera saloon, is that Porsche has addressed some of the criticisms levelled at it. Chiefly the feel of the controls and the synchronisation of the different motors. The petrol engine is pretty conventional, a 2.9-litre twin-turbo V6 that sips petrol. It mixes with an electric motor that’s housed within the eight-speed PDK automatic transmission.

The combined output when both are working in unison is 462hp, but it’s the 516lb-ft of torque that does the best job masking the bulk all the hybrid technology adds to the kerb weight. Use the standard Sport Chrono pack’s launch control and it’ll see this plug-in heavyweight reach 62mph in 4.6 seconds from rest (which is the same as its saloon relation manages) and a top speed of 170mph. It’ll not keep its charge for long if you do that though; driven more sedately it defaults to E-Power mode whenever possible, at up to and in excess of UK motorway speed limits.

The improved integration of the powertrain is obvious then, not least because the weird push back on the accelerator pedal has all but been eradicated, while the brakes inspire more confidence than they did on our first drive of this hybrid system. There’s now the feeling that the initial push of the pedal brings some stopping power, rather than juggling the need to scavenge energy first then braking later. That’s to the enormous benefit of its driveability.

It rides commendably well, though push it hard and the additional mass does reveal the limitations of the chassis earlier, so it's more prone to understeer than its conventionally powered relations. Given the duality of its brief, that’s forgivable, though getting the best from the drivetrain requires a fair bit of planning and management.

Doing so requires some button pushing and twisting, or, if you’re after the E-Charge setting to charge the battery from the engine, some touch-screen navigation. It’s all relatively quick to learn, and there’s some real fun to be had driving it briskly on E-Power mode alone, though it takes a lot of effort to get near even the lower end of its 15-31mile electric only range.

What is apparent is that the Sport Turismo’s additional boot and longer roof, and the small increase in kerb weight that results from that has done nothing to the way the Panamera drives, which is underlined by the fact it retains the same figures as the saloon car for acceleration and economy, if not its top speed – which it trails by a mere 2mph.

If you’re in the market for a Panamera then you should certainly consider the Sport Turismo.

Improved as it is, we’d forgo the potential tax and running cost advantages the 4 E-Hybrid might represent and buy it with a more conventional drivetrain, for a more engaging drive, as well as a bigger boot – the hybrid eats into the boot space by 95 litres with the seats in position or folded down.

Not that a Sport Turismo should be really considered an estate proper, but rather a statement – and an elegant, appealing one at that.