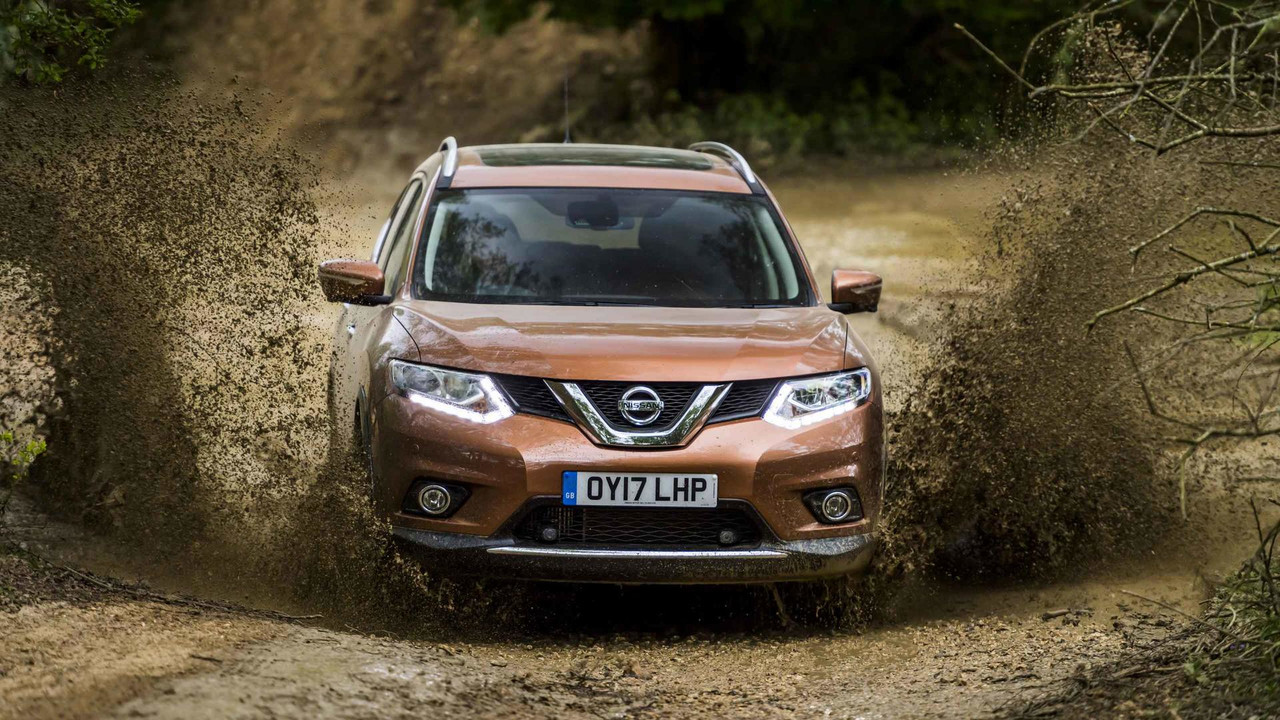 The 2.0 dCi comes with a six-speed manual gearbox and all-wheel drive as standard, or with an Xtronic CVT auto, which can be paired with either front- or four-wheel drive. Nissan runs four trim lines on the X-Trail, starting with Visia and climbing through Acenta, N-Vision and Tekna; the 177hp diesel isn’t available in the base spec, though.

There is nothing visual to denote that this is the high-powered diesel variant. Nissan has left the looks of the bodywork and the cabin exactly as they were, which isn’t necessarily a bad thing, but its ‘oversized Qashqai’ appearance doesn’t make the X-Trail the most distinctive model in Nissan’s crossover/SUV family. Compared with the visual daring of the Juke, for example, the X-Trail is pretty tame to behold.

Inside, everything is well put together and thoughtfully laid out, albeit the Nissan’s dashboard and instrumentation lack for any sort of design flair that you’d find in some rivals. It also doesn’t have the sturdy quality of the Skoda Kodiaq’s console, while the 7-inch touchscreen for the infotainment looks small and graphically dated in today’s marketplace. From behind the wheel, or if you’re sitting in it as a passenger, the X-Trail is perfectly adequate, but it’s not much more than that.

Like any X-Trail, the 2.0 dCi can be had with just five seats or, as an option, with a couple of ‘occasional use’ chairs in the cargo area – selecting this feature reduces boot space by 105 litres to 445 litres (that's with the third row of seats folded away; it’s just 135 litres with them in place). There’s plenty of room in the second passenger row and all the five rearmost seats fold, slide and tip out of the way cleverly to make access simple enough, but only smaller children will be happy sat in the very back, and even then only for shorter journeys.

As alternative X-Trails come with 1.6-litre engines (the 130hp dCi and also a DIG-T petrol model with 163hp and 177lb ft), then this new model should satisfy those customers who say they like the X-Trail offering, but who have been wondering if it was ever going to get more grunt. Nissan also claims that figures show 46 per cent of C-SUV sales in the UK are for high-powered models, so this is potentially a very lucrative model for the company, especially as the X-Trail’s volume here went up 77 percent in 2016, compared to 2015.

Proficiently and a lot better than the 1.6-litre X-Trails, but that’s not saying a huge deal. There’s little doubting the veracity of Nissan’s improved performance claims brought about by the extra shove of the 2.0-litre unit, as the SUV feels far livelier than it ever has done since its 2014 launch. The motor’s also reasonably refined in terms of smoothness, as it doesn’t introduce vibrations into the cabin via any of the steering wheel, seats, or pedals, and it’s also quite willing to spin happily round its rev counter to the 4,500rpm redline.

What it isn’t, though, is admirably hushed. It’s not terrifically noisy, but it is noticeably more vocal than similarly powered engines from competitors; a 2.0-litre Volkswagen Group diesel, as found in the Skoda Kodiaq, has to be several decibels less raucous than this 2.0 dCi. Furthermore, on a not-particularly-taxing test route around East Sussex, during which the X-Trail was driven considerately, it was struggling to return 32mpg while running in two-wheel-drive mode. That’s not the greatest figure by any stretch for a diesel SUV in this day and age; and we reckon it would only be hovering around the 40mpg mark on a long motorway run.

However, much else of what the Nissan does dynamically is fine. The ride is supple and fails to transmit any significant crashes and bangs from the suspension into the passenger compartment, even on 19-inch wheels. The steering is very, very light and lacking in feel, but it is precise and consistent, while grip levels are impressive across both axles, which means you can hustle the X-Trail along at decent pace and it will feel quite car-like in its responses, despite its physical size. There is some pitch, roll and dive to work around, although it’s not enough to make the Nissan feel boat-like in the corners.

On a trailing throttle and holding 70mph on a dual carriageway, the 2.0-litre engine dies away to a quiet background hum, while tyre and wind noise are both well suppressed, so it’s a perfectly fine cruiser, too. It’s also blessed with good brakes and a slick manual gearbox, both well-calibrated, to make driving the car smoothly an absolute doddle.

One minor gripe: it struggles to haul from 30mph in fourth gear because the engine doesn’t deliver peak torque until 2,000rpm, so the X-Trail 177 can feel a touch ‘laggy’ in some situations. A quick glance at the tech specs shows that sixth, fifth and even fourth are all overdrives of varying degrees; we can’t help feeling that if the peak torque couldn’t be massaged to be delivered any sooner in the rev range, then perhaps fourth should be a bit shorter than 1:1 – surely two overdrives are more than enough for anyone’s needs in a six-speed transmission? A 2.0-litre turbodiesel should be able to fire out of 30mph zones in fourth without requiring a downshift; it’s as straightforward as that.

Finally, we did light off-roading in the X-Trail, including wading through some deep-ish muddy water and getting the SUV to cock its rear wheel in the air when descending a steep slope. But as the course was so tame that even the instructors said we didn’t need to shift the car to four-wheel-drive mode, we can’t exactly tell you that the Nissan would take you deep into the wilderness if you needed it to. All we can say is that it handles flat gravel tracks with aplomb… although a Nissan Micra should be capable of much the same thing.

Well… yes. And yet no. Yes, because the X-Trail is fundamentally fine and now possessed of the sort of punchy drivetrain it should have had from the start. With Nissan’s enviable roster of safety and comfort equipment fitted, it’s one of the cheaper seven-seat SUVs available, even if it’s specified in high-ranking trim.

But no, for two key reasons: the first is that Nissan is about to give the X-Trail its midlife model facelift, so wait for that instead; and two, and perhaps more worryingly for Nissan, there are superior options available elsewhere – such as larger, great-value cars like the Hyundai Santa Fe and Kia Sorento, or the deeply impressive Skoda Kodiaq.

If what you crave is a supremely capable ‘5+2’ SUV, you’d be better off going for the Czech car; if all you want is a competent, five-seat Nissan crossover, stick with a Qashqai instead and save your money.