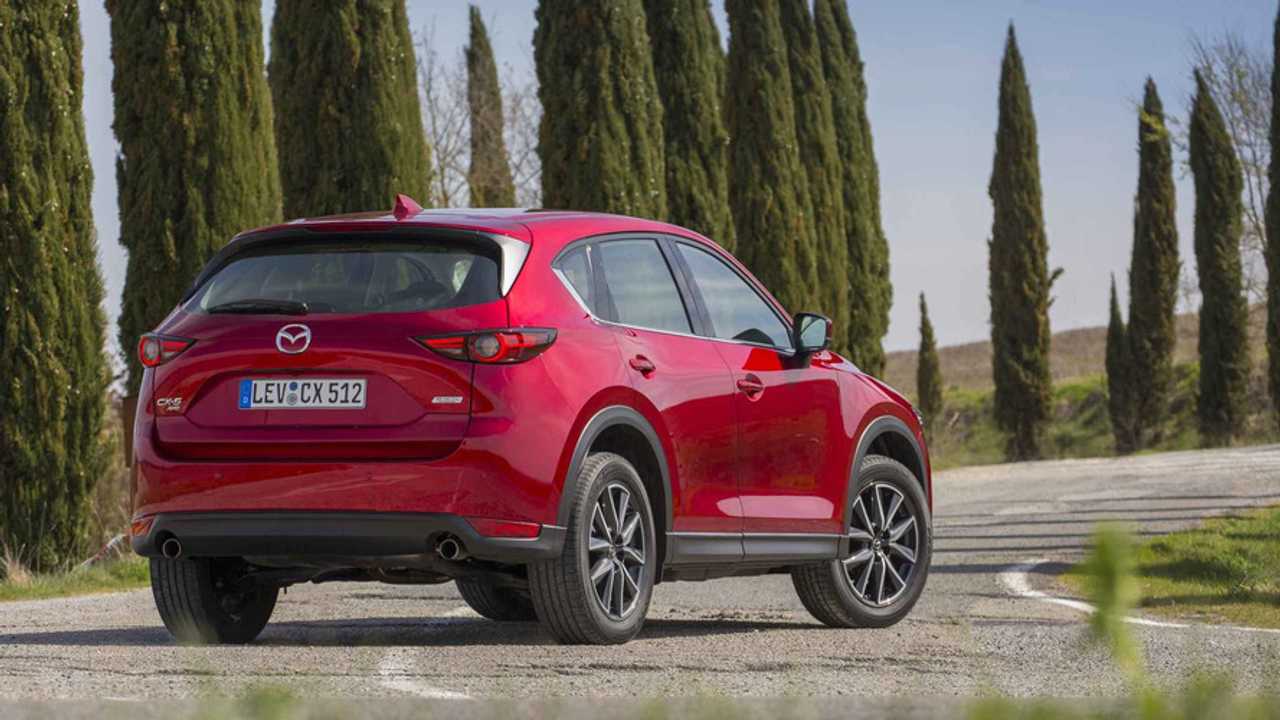 As before. Just a bit better.

For a model that was only five years old, perhaps that’s not really a bad thing, and it’s tempting to think of the Gen2 CX-5 as actually something of a major facelift, but this corner of the family crossover market is far more crowded with talent than it was in 2012, and Mazda’s in potential danger of not doing quite enough.

So, it remains the same size, has a touch more interior and boot space, looks very similar and has similar overall performance. Mazda says that this is because it has been listening very closely to what its customers want, and working backwards from there. Which sounds very much like a recipe designed to reproduce what went before…

At least Mazda has made one, pretty much incontrovertible advance with the new CX-5 — it looks sharper. Now, that comes with the warning that it does look very similar to the old version (of course it does — it uses the same mechanical hard points and is very evolutionary in its styling), but I think it’s safe to say that this CX-5 looks rather more sharp-suited than the previous model. The biggest change is at the front, where a floating grille, narrower lights, and a lower bonnet line all help to sharpen up the looks, as well as contributing to better aerodynamics.

On the practical front, cabin space is a little better than before, thanks mostly to new front seats, but there will be a limit to how many you can fit in the back because the rear outer seats are more sculpted than before, robbing space from the centre rear occupant. The boot, at 506 litres, isn’t by any means class leading, but it’s deep and square, and can now be accessed by a powered tailgate, which Mazda mentions is its first such use on a European Mazda model, and a direct response to customer demands.

The cabin looks very familiar, but draws clear inspiration from the current Mazda6 saloon, with the standard seven-inch infotainment screen (which is both a touch screen and controlled by a BMW-style click wheel on the centre console) standing proud of the dash centre, and a strong horizontal styling effect thanks to neatly lined-up air vents and a fascia panel that combines wood and metal and which Mazda says is inspired by Japanese blade-making.

The rest is all very much as you were — dark plastics, albeit of quite high quality, neat if rather bland main instruments, and an infotainment screen layout and menu system that looks very much out of date, lacking Apple CarPlay or Android Auto. One improvement, though, is the new head-up display, which is projected onto the windscreen instead of onto a little pop-up plastic screen.

The first thing you’ll notice about the new CX-5 is how refined it is. Mazda’s engineers were at pains to point out how much work they’d been doing on quelling noise, vibration, and harshness and it really does show. The previous CX-5 was only average in its class for refinement; this new one is as hushed as a high-end German executive saloon. Road noise, usually a Mazda bugbear, is very well hushed, while engine and wind noise rarely intrude.

The second thing you’ll notice is that the 2.0-litre 160hp petrol engine simply isn’t worth the candle. While it’s quite efficient for an engine of its type in a car of this type, once you’re above urban speeds, it fails to shift the CX-5 with much conviction and it’s really quite noisy and raucous when you do try to crack on.

Better by far is the carried-over 2.2-litre four cylinder SkyActiv diesel, which comes in both 150hp and 175hp forms. Now, in the previous CX-5 this is an engine that, while it’s punchy and pretty refined, has proven too thirsty in real-world driving. Mazda claims to have worked hard on this too, making the optional all-wheel-drive system less of a mechanical drag on efficiency, as well as making the car more aerodynamic. The results, in terms of fuel consumption, are inconclusive.

A brisk run up and down steep mountain roads near Barcelona in a 150hp 2.2 with the optional six-speed automatic gearbox (which is Mazda’s own design and makes you wonder why they don’t just buy in ZF’s excellent and ubiquitous eight-speed unit) resulted in economy of 35.7mpg — not appalling, given the conditions, but we’ll have to try one at home on familiar roads to get an accurate handle on its thirst.

There’s no question, though, that the 150hp diesel makes the more expensive 175hp version pretty redundant. With 380Nm of torque, it’s a little down in that department on what we’d expect, especially given the slightly porky 1,595kg waistline for this all-wheel-drive model, but actually it’s fine, with sufficient prod and poke for most purposes.

It’s also, once again, very engaging to drive. The steering could do with a touch more weight and feel at higher speeds, but the CX-5 feels both stable and predictable to drive. It does roll, of course, but in a controlled way and the inevitable understeer is just the same — it happens in a progressive and controlled fashion. The CX-5 feels sharp to drive, but never quite crosses the boundary into being fully entertaining (in spite of all Mazda’s talk about it having the same ‘Jinba Ittai’ horse-and-rider balance as the MX-5), but in terms of being a family SUV, its dynamic limits and standards are positively lofty. All that detracts are a ride quality that feels a touch too jittery on bigger wheels and a brake pedal that’s a little mushy at the top of its travel.

No doubting the safety credentials though — autonomous emergency braking is standard, and there is an updated radar-guided cruise control system that can brake the car to a complete stop, and creep in traffic for you too.

If you’re one of the 1.5 million people around the world who bought a previous Mazda CX-5 then upgrading to the new one should be a no-brainer. It’s essentially exactly the same as the previous model, but quieter, safer, and more stylish at which to look.

If you’re buying in from another brand? That’s a tougher sell, not least because of the huge number of very talented rivals, from the Nissan Qashqai to the Seat Ateca to the Volkswagen Tiguan to, at the higher end, premium stuff such as the BMW X1. The CX-5 feels slick and sophisticated, but perhaps it’s lacking a touch of dynamite brilliance to separate itself from the herd.