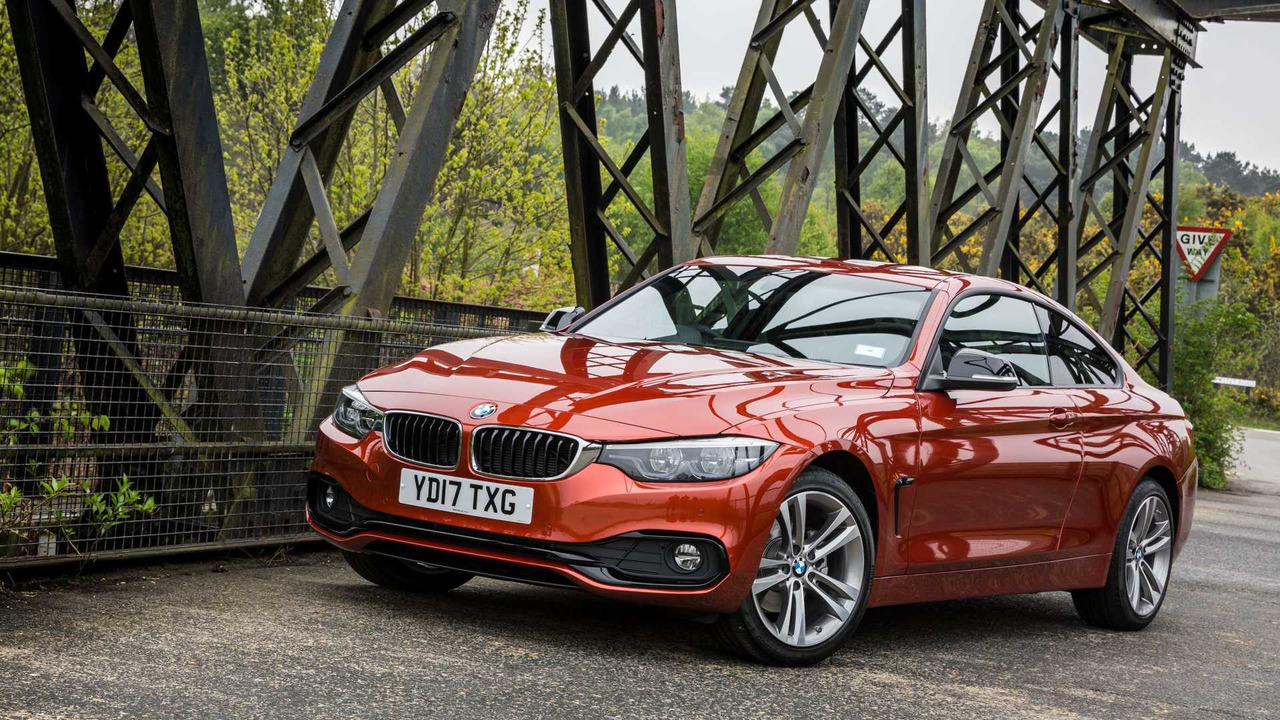 BMW’s 4 Series Coupe is attractive, but not a dynamic delight.

BMW has given the 4 Series family – comprising Coupe, Convertible and Gran Coupe – its ‘Life Cycle Impulse’ (LCI), or midlife facelift. Typical of this sort of update in today’s market, very little has changed visually, but, thankfully, there are significant alterations underneath the Four’s skin that mean we have plenty to cover here.

Nearly 400,000 examples of the 4 Series have been sold globally since the nameplate launched in summer 2013, with a third of those going to the States – but the next biggest market is the UK. Sales across the world are typically split 50 per cent Gran Coupe, then 25 per cent each to the other two, but here at home it’s much closer between the hard-topped models: in 2016, BMW sold 10,085 Gran Coupes and 9,136 Coupes (Convertible, for reference: 4,258).

BMW’s policy is to price the Coupe and four-door Gran Coupe identically, while the extra doors on the latter mean it appears on company car fleets. To that end, the Gran Coupe alone is available in SE guise, while the Coupe and Convertible’s range has been tidied up, the Luxury grade being dropped to leave just Sport and M Sport. Three in four buyers choose M Sport, a quarter opt for xDrive traction, and the most popular engine in the Coupe family is the pragmatic 420d. So, what we’ve tested here is a fairly representative 420d Coupe xDrive Sport with the eight-speed automatic transmission.

The visual tweaks to the bodywork are minimal, with new bumpers front and rear being the only things worked upon. Buyers can also clothe said bodywork in either Snapper Rocks Blue or Sunset Orange, two new shades for the line-up. Other than that, it comes down to light signatures if you want to spot a 2017MY variant. All 4 Series models now have full LED headlamps as standard and a fresh design of LED taillights, with a sort of looped pattern that should make the car stand out more at night.

Like any 4 Series, though, up to and including the mighty M4, those twin-hexagonal LED daytime running lights (DRLs) are not standard: they’re part of the Icon Adaptive LED Headlights upgrade for £1,200, which means you get the fancy light graphics and fields of illumination, which turn in the direction the BMW is steering. Otherwise, you get fixed lamps and round DRLs.

Within, there’s also not much to spot, although the updates do include the six-tile home display of the new touchscreen-enabled 8.8-inch iDrive infotainment. Three tiles are visible at any given stage and they can be configured to show the user’s preferred functions, with a swipe action enabling the ‘lesser’ tiles to be viewed. Of course, BMW still provides the superb and intuitive rotary controller on the transmission tunnel for the iDrive if you don’t fancy getting greasy fingerprints all over the display. And, aside from that, all you’re looking for here is some electroplated chrome-effect trim on the air vents. As we said, minimal stuff on the aesthetics front, BMW perhaps reasoning that the 4 Series was handsome enough outside and in to start with.

What you cannot see, however, and what provides the biggest talking points of the update, are the chassis upgrades. BMW has introduced more negative camber on the front wheels, it has widened the 4 Series’ track further on all models to lower the centre-of-gravity, and the suspension has been given a going-over, with stiffer springs and revised damper settings. BMW says all of this has sharpened the Four’s driving manners, without sacrificing the comfort for which the ‘sportier 3 Series’ has become known. And part of the package apparently includes work on the steering, although this last facet leads us neatly onto the driving experience, which isn’t all good news…

Much of what already made the BMW 4 Series a canny buy for those in the premium sports car marketplace remains intact. This 2.0-litre drivetrain, coupled as it is to BMW’s wonderful interpretation of the widespread eight-speed ZF automatic, is an utter peach. It’s so smooth, quiet, and punchy, with a willingness to rev out unmarred by raucous noises when the 420d closes in on its redline. OK, so it’s one of the least accelerative 4 Series models you can buy, but the turbodiesel is more than enough engine for daily driving needs and it should give you genuine economy in the 40-50mpg bracket in most situations.

The comfort levels BMW is so proud of also remain, because not only are that engine's sounds beautifully suppressed, so are wind and tyre noises. The ride on the fixed-rate springs and dampers of this Sport model, equipped with large 18-inch wheels, is superb, never once making you wish you’d specified the Adaptive Dampers or smaller alloys. And the visibility out of the car is excellent, which makes piloting the 4 Series in a variety of traffic scenarios a breeze.

Furthermore, xDrive four-wheel drive does bless the Four with immense traction, with the system shuffling torque seamlessly, depending on at which point in the bend you reapply the power. Certainly, in dry and sunny conditions, it felt almost completely unflappable, which is reassuring to know – albeit fitting xDrive means another £1,500 goes winging its way out of your wallet.

However, those chassis upgrades, which promised a sharper drive… they haven’t really had a transformative effect. It’s still extremely competent – it is a BMW, after all – but it’s not hugely thrilling. And the steering on this 420d xDrive was actually unpleasant in Comfort mode, really slack and devoid of feel. It weighted up a bit in Sport and Sport+, yet at no point would we say it was sharp and nice to use. A drive later in the day in a 440i M Sport Gran Coupe did show some improvement, so wider tyres on the front axle assuredly help matters, but the 420d xDrive felt lacking in the steering department.

All the rest of the BMW’s dynamic traits were impressive, if not spellbinding. Body control, brakes, and damping are all more than up to the job when it comes to hurling the 4 Series around on a twisting country road, but the problem is you can never shake the feeling that the 420d would be much happier simply pounding up and down the M40 in a steady-state cruise. That’s no different to its key diesel rivals from Audi and Mercedes, granted; the problem is that the blue-and-white roundel on the bonnet of the Beemer rather sets the bar of handling expectations that bit higher. And the 4 Series, in lowlier diesel Sport format, doesn’t clear the height.

Yes, absolutely. Let’s face it, with its premium badging, handsome looks, and fantastic drivetrain choices, there’s a heck of a lot for prospective buyers to like about the BMW 4 Series, be it a prosaic 420d Sport like our test car or the rip-snorting 440i at the other end of the scale.

But if you’re buying a BMW primarily because you think it’s the best-driving car in the segment, you might be disappointed with this car’s display. It’s no worse for handling than an Audi A5 or a Mercedes C-Class Coupe… and yet it’s also not demonstrably better, despite the updates. If that sort of thing bothers you, then you might be better off looking at the C 250 d instead, which has superior steering to the BMW and arguably even more attractive looks.