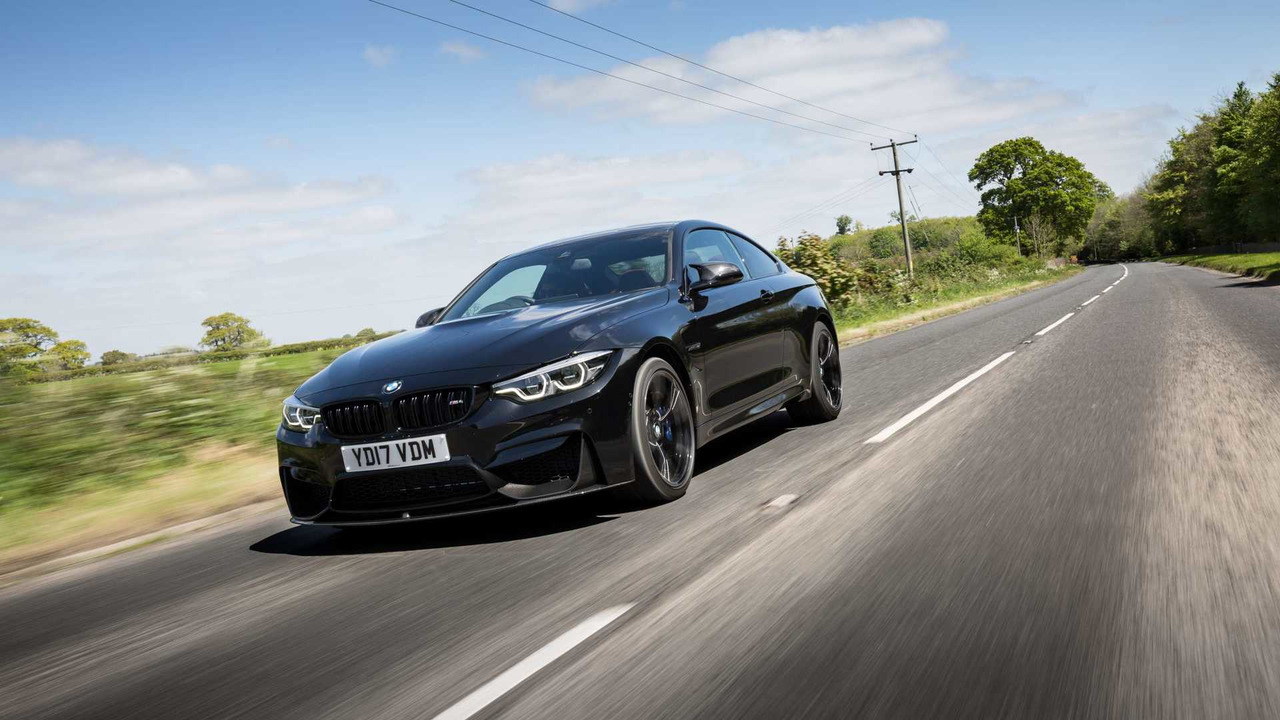 The Competition Package transforms BMW’s M4 into the car it should always have been.

BMW is treating the three-model 4 Series family – Coupe, Convertible and Gran Coupe – to its midlife facelift, but while the regular group of models get a modest brush-up of their looks plus some under-the-skin amendments to the chassis dynamics, the M4 Coupe and Convertible range-toppers do not benefit from such mechanical upgrades.

So, the offering remains largely the same, with a manual M4 Coupe costing £58,365, while the M DCT dual-clutch gearbox is a £2,645 option. But, for another £3,000, the Competition Package is still available and this not only improves the M4’s rather spiky nature, it also adds 19hp to the mix.

Therefore, what we’ve driven here – the Coupe DCT Competition Package – is the most expensive hard-topped M4 of the lot at £64,010 basic… until the CS arrives later this year, that is. But, until that turns up, the big question is this: is the 2017 M4 Competition Package any good?

The example we tested came finished in black with black alloys, plus the further £3,000 addition of a new option for the M4, the Exterior Carbon Pack comprising front and lower trims, the rear diffuser and the boot lip spoiler (it’s also £3,000 on the M3 Saloon, but just £2,500 on the M4 Convertible, as that doesn’t get the spoiler). The mirror caps in matching carbon, though, are not part of the bundle, relieving a buyer of another £400 in process. Nevertheless, to say this nightshade colour treatment renders the big BMW coupe as ‘mean-looking’ is an understatement of Cecil B. DeMille proportions. This is a proper thug of a car, all bristling aggression and moody hues. And we love it; the M4 has never struggled in the looks department, but this is a really great ‘murdered out’ specification if you’re planning on buying a 2017MY example.

The visual amendments externally amount to new LED headlights and rear lamp clusters as standard for all M4s, although the ‘Icon’ daytime running lights seen on this car – with the hexagonal motif – are another cost option, bundled with adaptive functionality for £1,200. Inside, BMW has put some chrome trim around the air vents, given the 8.8-inch Professional Navigation system the three-tile configurable home page that has been seen on the 5- and 7 Series lines, and there are illuminated M4 emblems on the front seats and double-stitching for the instrument panel.

As with the outside of this particular M4 Competition Package, there was an equally strong look within thanks to the Sakhir Orange Full Merino Leather (another £1,330), which will make plenty of people inhale sharply before muttering ‘wow…’, although we heartily approve; bold and bright, it makes the M4’s jazzed-up cabin feel more special than an M Sport 440i’s interior.

Although we did ‘wow’ ourselves when we saw the total of this specific vehicle: loaded with its various options, it weighed in at £70,045. For a BMW 4 Series. Is that too much money? Very possibly, although as the forthcoming limited-build M4 CS (460hp and 600Nm, increases of just 10hp and 50Nm over this Competition Package-equipped car) will set you back £89,130, around 70 grand for a fully-loaded M4 probably isn’t too bad.

Just to quickly recap: for your £3,000, the Competition Package increases horsepower from 431- to 450hp (torque is unchanged at 406lb ft) and recalibrates the Active M Differential, the Comfort, Sport, and Sport+ driving modes, and the DSC system too, while bringing in its own specific springs, dampers, and anti-roll bars that make up the Adaptive M Suspension. The 0-62mph time is trimmed by a tenth of a second compared to a 431hp M4, although the really big gains the Competition Package provides cannot be seen by looking at on-paper stats.

Like the M4 always should have done. It is no exaggeration to say the difference in ability and driver reward between the 431hp standard car and this 450hp Competition Package machine is huge. Gone is the normal M4’s edgy, rather manic behaviour, in place an M4 that’s far more fluid when it’s being taken by the scruff of the neck.

Even with all its settings in Sport+ and the traction control slackened off into M Dynamic Mode (MDM), the M4 Competition Package does not become terrifying when it encounters a big compression in the road. This makes it far easier for the driver to commit to a corner and then hold the throttle in, because the M4 Competition Package will not be wildly deflected from its chosen path by imperfections in the tarmac. This means you build genuine rapport with the BMW, rather than cathartically clambering out of it after a fast drive and coming down from the adrenaline-fuelled experience of simply having survived.

The punch of the BMW’s performance should not be in doubt. The M4 Competition Package hauls incredibly hard from very, very low revs, masking its turbocharged nature in a hugely effective manner, and it also has the torquey flexibility to pile on pace using high gears and middling revs in a way none of its M3 predecessors could hope to match. The DCT is a matter of personal taste, because it doesn’t rob the BMW of all driver interactivity if you fit it, it does make the car faster than the manual, but it costs a fair wedge of cash. The whip-crack changes it offers and the lovely paddle shifts BMW blesses the M4 with certainly won’t offend anyone.

But it really is the handling that inspires the most. You will feel the back of the M4 Competition Package moving all the time under power and braking, but it does so in a faithful and composed manner, the fixed rear sub-frame no longer coming across as a liability. And the steering is excellent too, really dependable and informative. Granted, we’ve not driven the 2017MY in abject conditions yet – it was beautifully sunny and dry for our test – but we believe the Competition Package will be far more controllable in the damp than the standard model.

Best of all, when you throttle back in the M4 Competition Package and knock it into all its softest settings, it can still put on its brilliant pseudo-GT act. The ride quality and suppression of wind/tyre/engine noise at moderate road speeds is exceptional, meaning specifying the BMW with the driver-focused Competition Package does not ruin the car’s ability to function as a sedate daily driver when it needs to.

Yes, because despite the expense and the fact that it is outgunned by the Mercedes-AMG C 63 in any guise, the BMW M4 Coupe Competition Package is a corking high-performance coupe. It’s a far finer road car than the regular M4, with epic performance and a sparkling chassis ensuring it feels truly worthy of wearing the tri-colour-M badge with pride.

But we can also offer two, arguably better, alternatives: that aforementioned C 63, in storming 510hp ‘S’ Coupe format, is a more beguiling and even quicker car than the Beemer; while, if you’re a real BMW aficionado and can’t stand the thought of a Merc, even with the Competition Package’s benefits in effect, we’d still say the much cheaper M2 is the sweeter-driving coupe. However, we have the sneaking suspicion the Competition Package-based M4 CS might change our minds on both of these points…