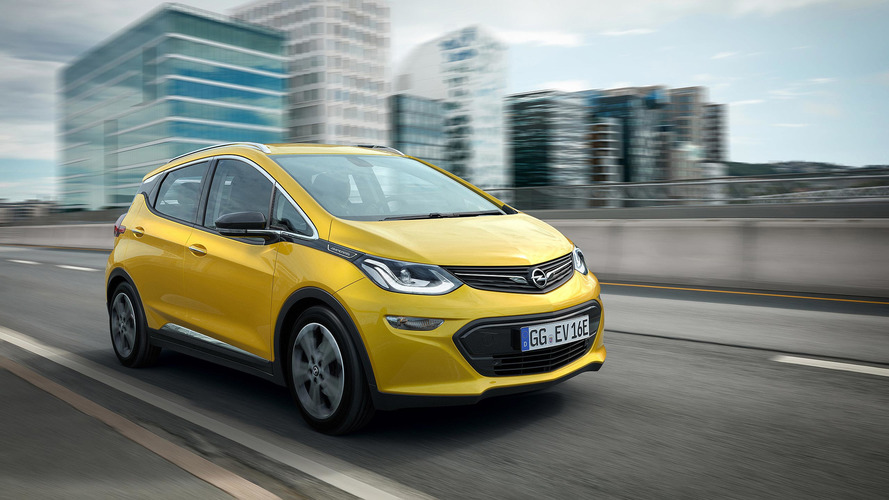 A Vauxhall version is planned for 2019.

Electric cars are the way ahead, we are told. But there is still one big psychological hurdle to overcome: range anxiety. Will my electric car run out of charge before I can get it to a charging point? Or, if it gets there, will I have time to charge it? Will I have to re-organise my life to fit around the car?

The obvious solution is an electric car able to go further on a charge, and that's the motor industry's holy grail. So please meet the Opel Ampera-e, promising a greater driving range than any comparable compact rival thanks mainly to a Tesla Model S-matching battery capacity of 60kWh. LG is the company that has developed this wide, low, flat battery pack which sits under the Ampera-e's floor and flips up into the space under the rear seat, and with a real-world range of around 230 miles this car could change the way we think about electric cars.

But haven't we already had an Ampera, Vauxhall-badged and available in right-hand drive? We have, and it was predicted to be a game-changer when it won Car of the Year for 2012. That Ampera was a 'range extender', with a small petrol engine to power a charging generator to keep the battery pack charged up, and you could use it much like any other car without worrying about en-route charging.

This new Ampera-e, though, is purely electric. It's also smaller than the last one, and is more compact MPV than family hatchback. Its claimed power and performance figures are the same as a BMW i3's, but its price is slightly lower.

At least, it's lower if you convert from its German price in Euros, but as yet you can't buy an Ampera-e in the UK. Right-hand drive and a Vauxhall badge are planned for 2019, although Peugeot-Citroën's recent acquisition of a controlling interest in General Motors' European companies might affect things. That's partly because the Ampera-e is made in the US, alongside the near-identical Chevrolet Bolt.

It may be US-made, but the Ampera-e captures the Opel/Vauxhall look exactly. It's a crisp-looking car barely bigger than a Corsa outside, apart from being obviously taller, but roomier than an Astra inside, especially for rear passengers. The floor is completely flat, there's a Golf-sized boot (381 litres up to the rear shelf) and the rear seat backrests fold flat to make a large cargo bay. Practicality suffers not one jot at the hands of the electric powertrain, thanks in part to the fact that the Ampera-e is built on a unique, electric-specific platform rather than being derived from an existing automotive architecture. Bonnet, boot and doors are of aluminium, incidentally.

Two screens, with crisp, Apple-like graphics, dominate the dashboard. The larger, central one has all the usual infotainment functions (plus the General Motors OnStar online services) plus a schematic diagram showing where the energy is going. It all interfaces seamlessly with Apple Car Play or Android Auto, and there's a built-in inductive phone charger.

The screen ahead of the driver has the expected speedometer plus an indication of battery charge, best and worst estimates of remaining range, and a real-time indicator of net energy gain or loss – the former happening when driving downhill, or when regenerative braking is taking place. It's fairly standard electric-car fare, but nicely presented.

As for the rest of the interior, it offers plenty of equipment, including heating and leather trim for the front seats (rear passengers slum it on vinyl), but the other cabin surfaces are of hard plastic albeit with a rubber-like coating on the top of the dashboard. Clean-cut functionality is the message, not overt luxury.

Even better is that the engine and single-speed transmission are practically silent. The suspension and tyres are quiet, too, the latter helped by the viscous fluid inside them which seals any punctures up to 6mm diameter without loss of pressure. It's a new Michelin system which will surely catch on.

Despite weighing a hefty 1691kg, 430kg of which is the battery pack, the Ampera-e feels nimble and keen in corners, with little body lean, similarly little tendency for the front wheels to run wide and quick, naturally-weighted steering. It's surprisingly good fun to drive, and it also feels solid and rides smoothly over bumps.

The transition from regenerative braking to actual physical braking with the brake discs is imperceptible, but by switching the transmission selector lever to L the regenerative braking effect is increased – to the extent that lifting off the accelerator will ultimately bring the Ampera-e to a stop. Regenerative braking, which recharges the battery pack to give extra range, can be further increased by pulling and holding a paddle to the left of the steering column, whether in L or the regular D (for Drive) mode. The brake lights illuminate whenever regenerative braking is triggered in L mode or by the paddle.

Our drive in around Oslo in Norway, a country where electric cars are heavily subsidised, much encouraged and have the largest share of a country's new-car market in Europe, proved the range predictions to be accurate. This is a pure-electric car which can fit into your life better than almost any other this side of a much more expensive Tesla. All it needs is a heater which delivers heat when asked, rather than at a time to suit itself. Too often we had cold feet despite 24 degrees on the dial, followed by a sweltering blast.

When, or if, it becomes possible, then you probably should. Governments across the world are pushing us towards electric cars; if they can work as well as this one, then that push should meet little resistance.

The price of an Ampera-e in Germany is £29,700, which gives a fair guide to its UK cost before subtracting the £4500 grant currently available. That means it slightly undercuts an electric-only BMW i3, it costs more than a Nissan Leaf or a Renault Zoe – and it will go further than any of them. 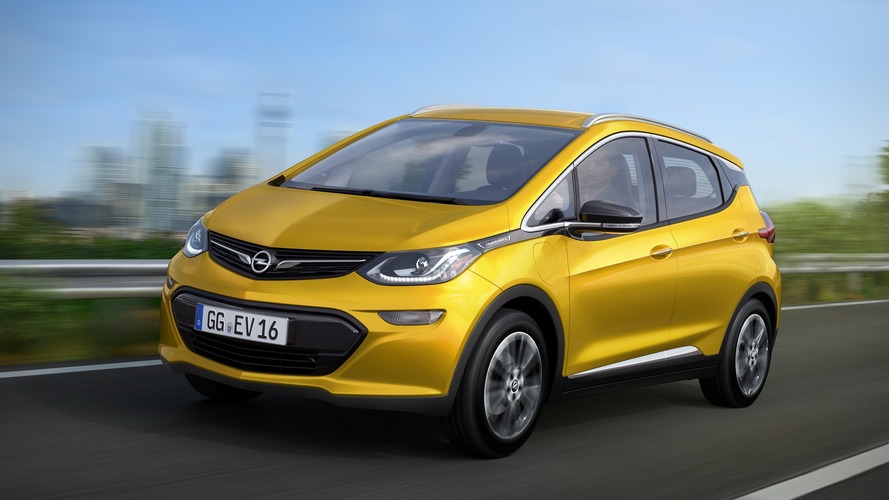