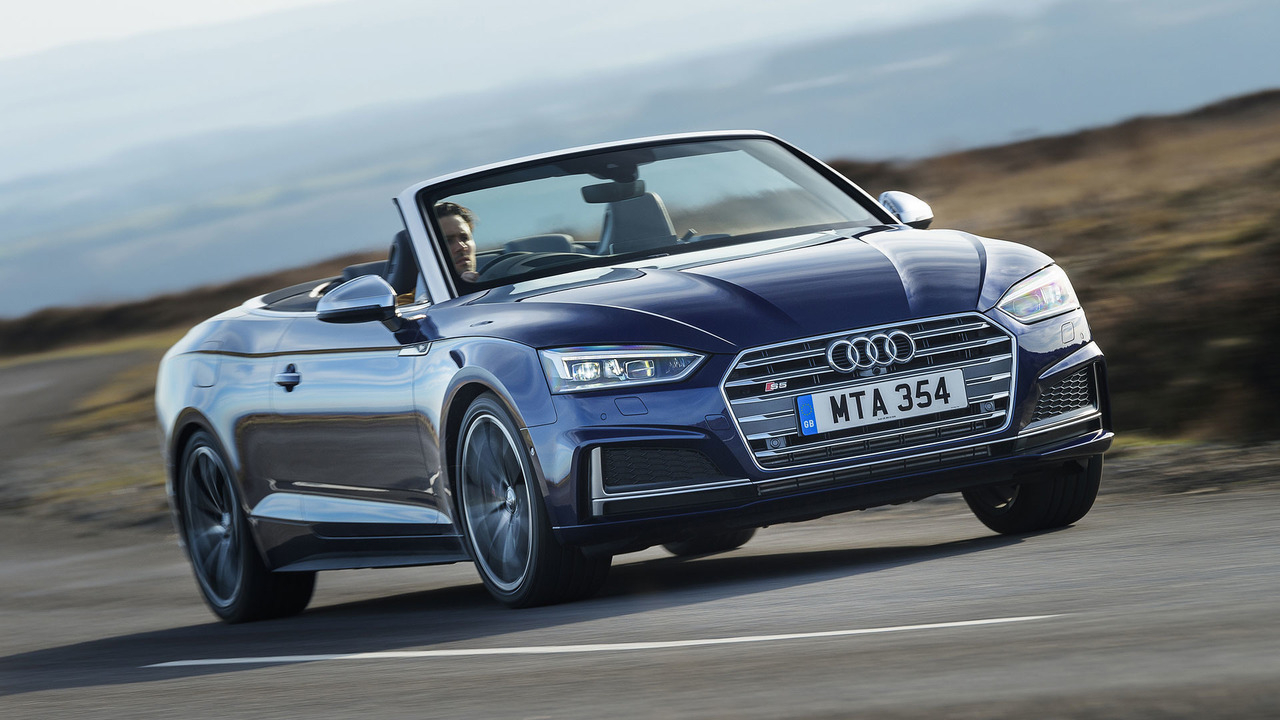 If you’ve listened to the radio in recent weeks, you’ve probably heard a number of hits from Ed Sheeran’s latest album. One of them, New Man, describes someone who apparently spent £500 on jeans, goes to the gym at least six times a week and wears boat shoes with no socks on his feet.

Whenever the song is played (and I fail to change station in time), I always picture Mr New Man driving something like an Audi S5 Cabriolet. It’s a car that, since it arrived in 2010, has suited those who want to be seen in something achingly attractive, while also having the power to beat lesser drivers away from the lights. Naturally, it’s been a success for Audi despite, being a niche model.

Seven years later, the Audi S5 Cabriolet has been given a revamp. Is it 2017’s ‘must have’ – or last year’s fashion accessory?

At first glance, it’s easy to accuse Audi of giving its S5 Cabriolet a quick facelift and attempting to pass it off as a new model. But it’s based on an entirely new ‘MLB Evo’ platform, with a 14mm longer wheelbase and 47mm longer overall length – resulting in more space inside. This means two adults will fit comfortably in the rear, while the 380 litres of boot capacity is plenty for most buyers.

While nothing ground-breaking, the S5’s sharp lines, sculpted bonnet and aggressive stance (thanks, in part, to standard 19-inch alloys) leave us in no doubt this is a very attractive car.

The cabin is as you’d expect from a modern Audi. It feels very premium, with an 8.3-inch infotainment screen sitting in the centre of the dashboard, along with Audi’s brilliant ‘Virtual Cockpit’ 12.3-inch LCD screen replacing the conventional dials (a £250 option, and one that’s well worth having).

Dropping the roof takes a matter of seconds following the touch of a button, and it can be operated at speeds of up to 31mph. Sun appears? Top up your tan around town without having to stop. Starting to rain? You get the idea.

One downside of the Audi S5 Cabriolet is all the weight added by strengthening the chassis to counter lopping the roof off. It weighs 40kg less than its predecessor, but is still 225kg more than the Coupe – tipping the scales at a substantial 1,840kg. As a result, it takes an extra 0.4 seconds to hit 62mph, completing the run in 5.1 seconds.

Not that we can accuse it of feeling slow. Boot it with the roof down and the turbocharged V6 engine sounds glorious as you’re propelled forwards faster than you can shout “boydem light up the room” (Sheeran’s words, not mine). There’s no shortage of grip, either, as Audi’s Quattro four-wheel-drive system ensures seemingly infinite traction in all conditions.

You do feel a tad removed from the driving experience, however. The steering is very hesitant to let you know when you’re starting to ask too much (presumably because the answer is always ‘no’). And adjusting the throttle mid-bend doesn’t seem to have any effect on the planted S5.

Audi says there’s usually a 40/60 rear-biased torque split, but you don’t get the feeling it’s ready to wag its tail at any opportunity. It’ll suit most buyers, of course, but enthusiastic drivers will find the experience disappointing.

Whether that attention is positive is another thing, however – especially if you have the roof down (like you should) to enjoy the glorious V6. As you enjoy the wonderfully upmarket interior, you probably won’t care what anyone thinks about you, or the fact that the driving experience (while fast) is just a trifle numb.