The biggest Mini... ever.

The awkward-looking Mini Countryman has been replaced for 2017. Its successor is the biggest Mini ever, resulting in increased practicality. But is it as good to drive as you’d expect? And should we be annoyed that Minis are getting bigger?

Did you know? You can now fit the Mini Countryman with an optional picnic bench which folds out from beneath the boot floor.

If you really want a Mini but need the practicality the Countryman offers, it’s easier than before to justify it on a level-headed basis. Not only is it practical, it feels premium inside and looks less awkward than the original model. But it’s still expensive, and it’s not as great to drive as you might expect from a Mini. 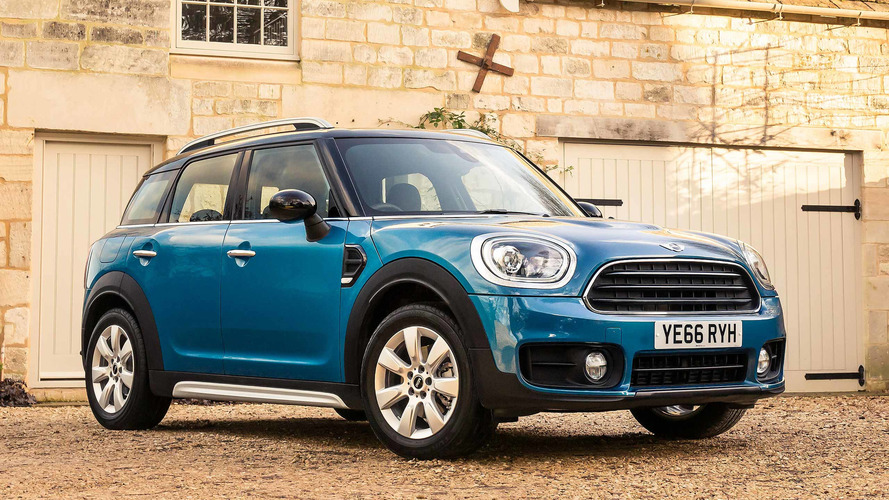 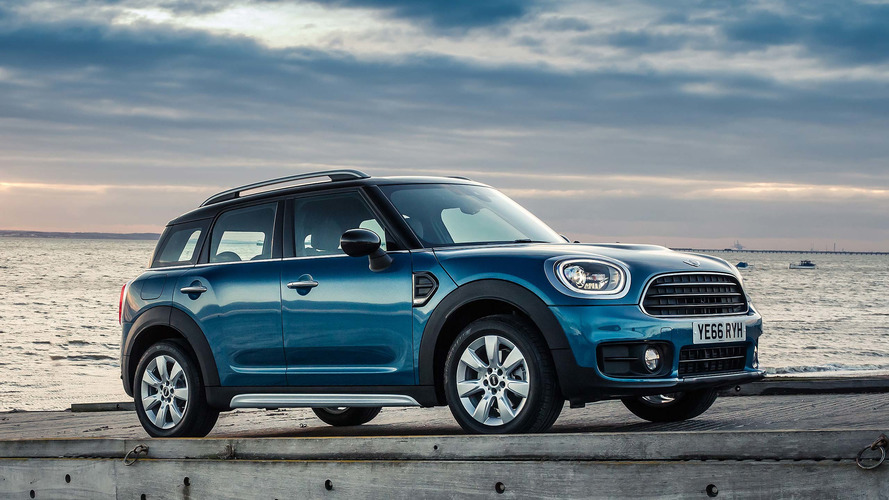 Buy the latest Mini Countryman and be prepared for jibes from misguided fools about it not being a proper Mini. And it’s true, at 4.3 metres long and more than 1.8 metres wide, it’s anything but mini. Based on the same UKL2 platform as the BMW X1, it’s 200mm longer than its predecessor, and almost as big as a Nissan Qashqai. But, in a perverse kind of way, we think it’s quite a handsome thing.

With its floating roof, hexagonal grille and oversized front and rear lights, it’s in-keeping with the Mini brand in all but dimensions (and some would say its chunky dimensions are very in-keeping with 21st century Mini). It looks less stodgy than its predecessor, with a longer wheelbase and all four wheels pushed out to the corners. It’s quite rugged in appearance, with big plastic arches and a bigger ground clearance. 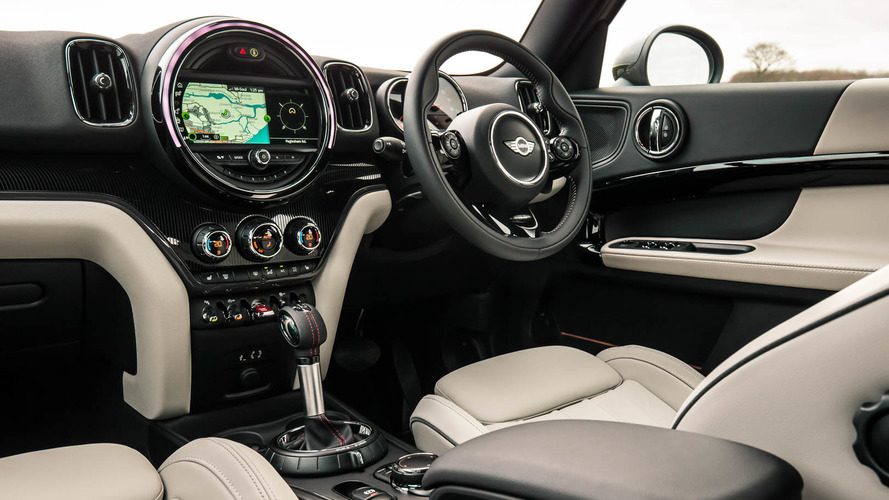 The interior is business as usual for anyone who’s driven a Mini recently. By that we mean toggle switches and the brand’s trademark circular instrument binnacle in the centre of the dash. No longer does it house the speedo, however - it’s home to a 6.5-inch touchscreen infotainment system, which can be upgraded to 8.8-inches for a fee. Upright air vents allude to its extra height over other Mini models, apparently.

The overall feel is one of a premium car, with lots of soft-touch materials and buttons that are satisfying to use. Everything feels like it’s well-made and will last for much longer than the Countryman remains in fashion. Although the interior won’t be to everyone’s tastes, it’s not short of personality.

That chunky exterior translates into a spacious cabin. There’s an extra 5cm of legroom in the rear, and it’s very easy for both front and rear seat passengers to get comfortable. Finding a pleasant driving position is easy, too, with electric adjustment available for the front seats and a steering wheel that offers both reach and rake adjustment.

There’s a commendable 450 litres of boot space with the rear seats up, and it’s easily accessible with a low lip helping loading bulky loads. Folding the rear seats down is fairly simple, while an optional sliding bench allows you to balance luggage and passenger space. 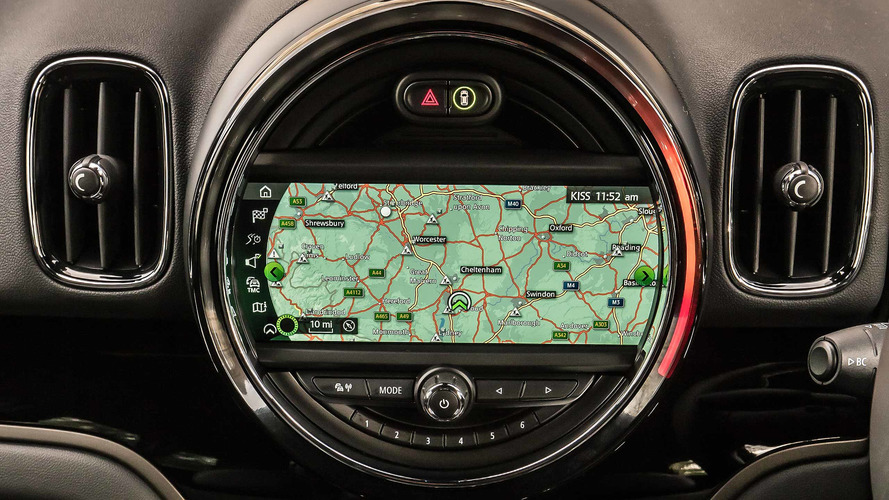 The upgraded 8.8-inch display of our test car is now a touchscreen system for the first time, but it can still be operated by a dial positioned between the front seats. It’s an easy, logical system to use, and we like having the options of whether to use it as a touchscreen or via the BMW iDrive-style controller. It’s a worthwhile option, and one that’s part of the £950 Media Pack, which also includes Mini’s clever new Find Mate feature. This allows you to fix tags with wireless tracking functions to important objects you may lose – such as keys and rucksacks – and trace them on your phone or on your MINI’s on-board computer.

Standard tech includes Bluetooth and DAB radio (both options on the old model), along with parking sensors. 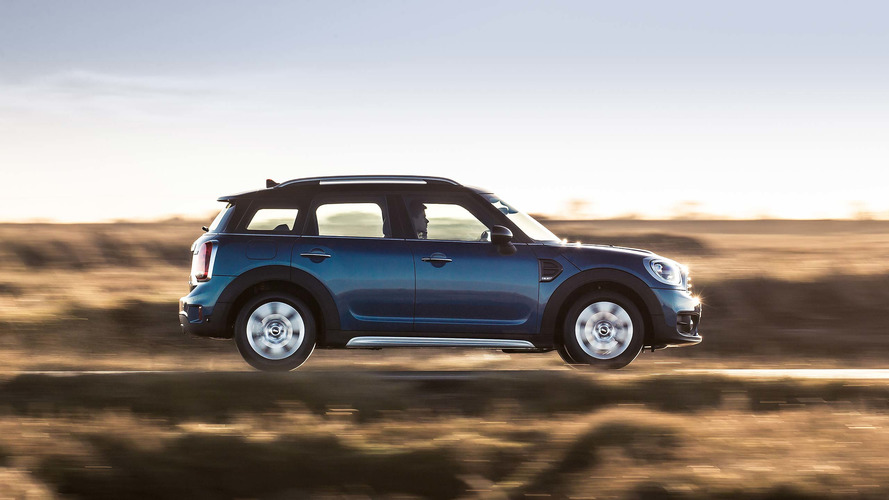 Handling is what Mini does well, but there’s only so much that can be done to counteract the Countryman’s hefty dimensions. Sure, its heavy steering provides plenty of feedback and it doesn’t take much arm-flapping to wind it from lock to lock, but these features just make it a little irritating most of the time. Around town, for example, rivals take less effort to slot into parking spaces, while on open roads the steering is a tad on the darty side. It’s still more fun than the crossover norm, though.

The ride quality is hampered by the Mini’s ambitions to be a driver’s crossover. Over the lumps and bumps of British roads, the Countryman struggles to absorb abrasions in the road. It settles down on smooth tarmac, but we’d trade the keen chassis for one that won’t make the kids feel sick.

We’re yet to try the John Cooper Works version, but none of the models we have tried are exactly quick - even the Cooper S-badged model, which takes 7.5 seconds to hit 62mph when combined with the manual ’box. You’d be best opting for a diesel, which is a 2.0-litre unit currently available in 150hp Cooper D or 190hp Cooper SD flavours. We’ve only tried the Cooper D and, while it wasn’t thrilling, its performance is adequate and well suited to the Countryman.

Mini’s All4 four-wheel-drive system is available as an optional extra, should you want a Countryman that can transfer power between the front and rear axles when required. Under normal conditions, it acts like a standard front-drive model, only shifting power to the rear when required during hard cornering or when driving in slippery conditions. 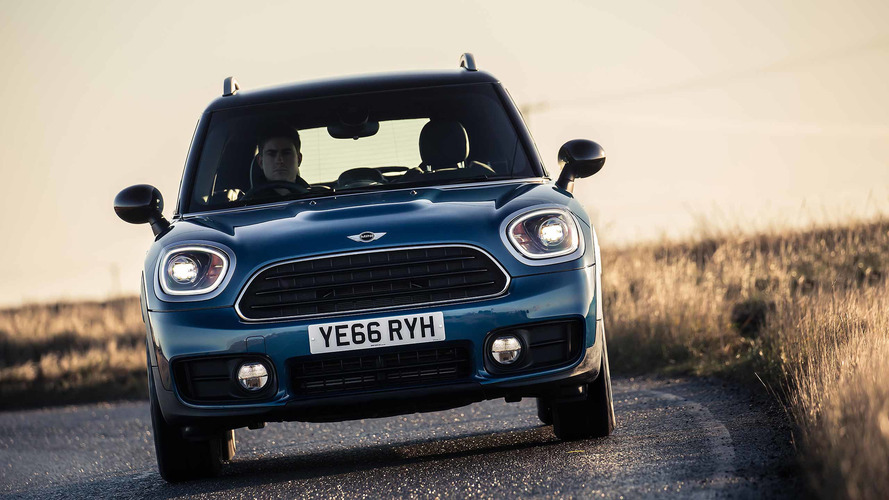 Safety is obviously going to be a priority for many Mini Countryman buyers, so you’ll pleased to hear it comes with a full complement of airbags along with a collision warning system with autonomous city braking function and an optional pedestrian warning system.

Euro NCAP is yet to test the latest Countryman and, although its predecessor scored the full five stars, it’s worth noting the latest Mini hatch and Clubman (with which it shares a platform) only scored four out five. We’ll thus reserve final judgement until then. 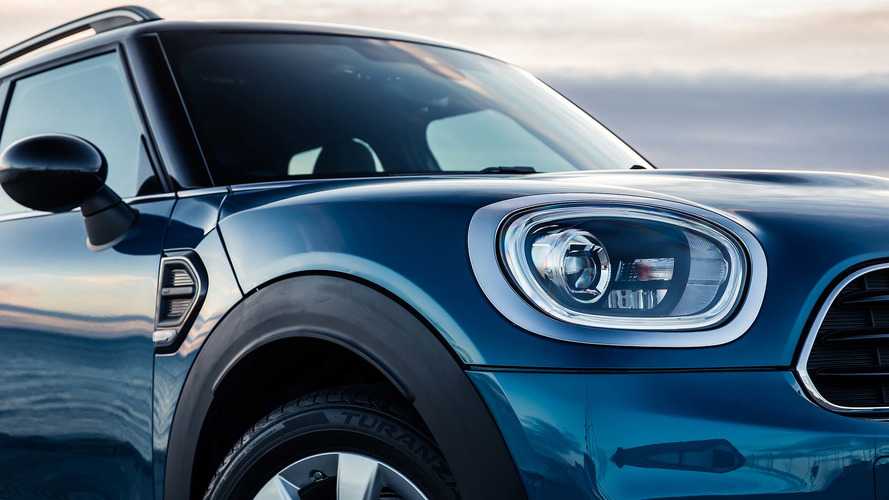 A bland Moonwalk Grey is the only standard colour on the Mini Countryman, so add £550 to the list price to spec your Countryman in an interesting hue. Options range from solid colours such as bright Chili Red, to metallics such as traditional British Racing Green. If you want to stand out, choose Lapisluxury Blue for £795.

Of course, you can customise a Countryman in a typical Mini fashion - choose a white or black roof and door mirrors for no extra cost, while bonnet stripes can be added for £100.

The Countryman line-up isn’t as complicated as it initially appears. There’s essentially an entry-level petrol and diesel (the Cooper and Cooper D), and a sportier version of each (the Cooper S and Cooper SD). You’ll also need to decide whether you want a two- or four-wheel-drive model (we’ll suggest the former unless you’re actually planning to engage in rural pursuits) and whether you want a manual or automatic gearbox.

We’ve covered how big the Mini Countryman is. Not everyone will be a fan, but that translates into a roomy cabin. 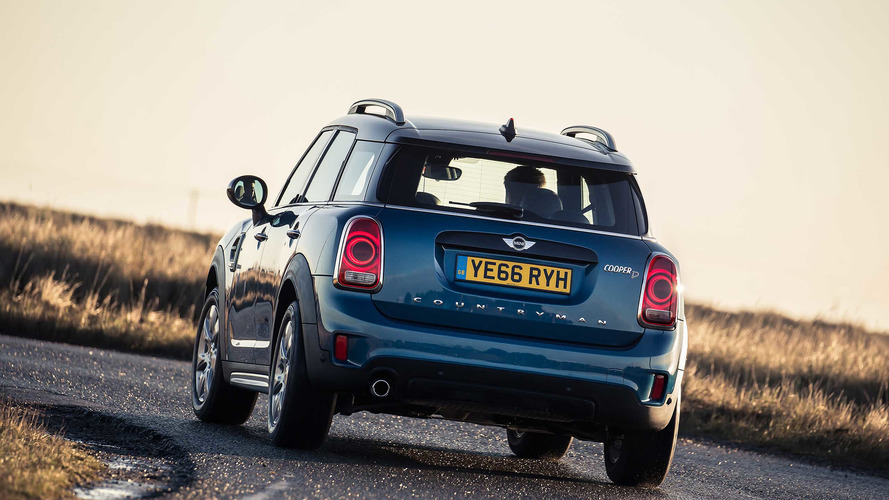 The most efficient Countryman is currently the Cooper D, which returns 65.7mpg and emits 113g/km CO2. Rivals such as the Nissan Qashqai are available with more frugal powertrains, but Mini has an answer to that. A plug-in hybrid version, due later in 2017, is set to have a three-figure combined fuel economy figure.

If you’re looking at sticking to petrol, the entry-level 1.5-litre Cooper officially returns 51.4mpg in front-wheel-drive guise (dropping to 46.3mpg as a 4x4).

We’ve not heard of any big issues around Mini’s reliability record, and the Countryman’s three-year, 60,000-mile warranty should lay any concerns to rest. 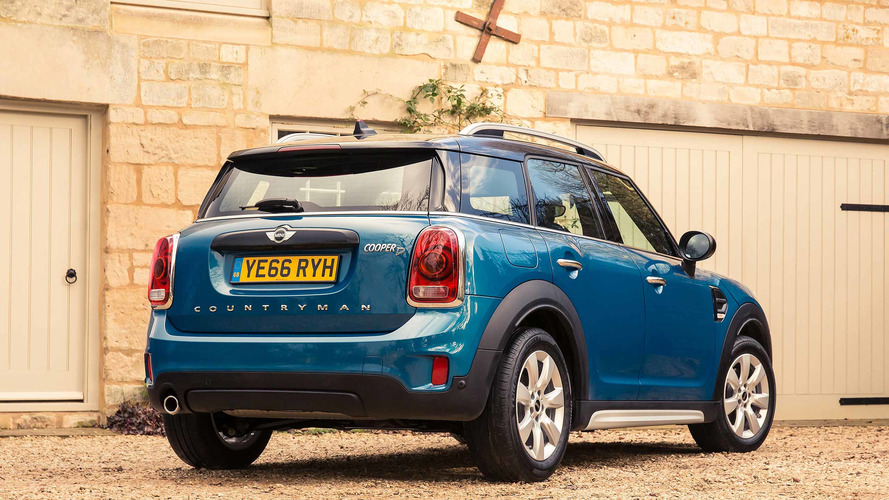 Minis aren’t cheap, and the Cooper’s £22,465 start price soon starts to increase once you’ve added a few essential options. It’s a premium product and priced as such, with the top-spec John Cooper Works starting at £30,675. Residual values should be good, however, meaning there are some tempting finance offers available. Splash a shade under £4,000 on a deposit, and Mini’s currently offering a Countryman Cooper for £249 a month over four years as part of a PCP deal.