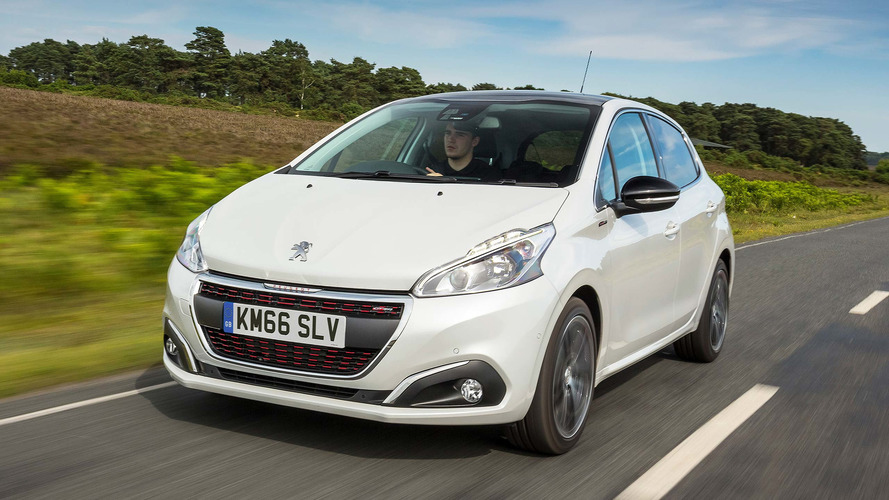 With design panache and evoking the 205, the 208 should appeal.

Peugeot rediscovered its design panache with the 208 supermini. Taking styling cues from the famous 205, one of the company’s most well-loved models, the 208 evokes its heritage but with contemporary style. A range of frugally-efficient engines, the latest technology as well as an impressive level of safety equipment bring the Peugeot small car bang up to date.

With a selection of three and five-door body styles, a new award-winning range of parsimonious PureTech petrol and BlueHDi diesel engines, and a wider than ever array of personalisation options, the Peugeot 208 is a both a stylish and efficient small car. If good looks, potentially low running costs, and an impressive technology kit count are important considerations, the 208 should appeal.

When launched in 2012, the Peugeot 208 reignited Peugeot’s flair for stylish cars, and recalled the company’s fondly-remembered smaller 205 model from the 1980s. There are also references to the 208’s predecessors, the 206 and 207.

However, the 208 is much prettier than both of those. Its overall shape is curvier than those of rivals, and is undeniably French. ‘Boomerang’-shaped rear lights, a sculpted tailgate, and a rounded and stepped profile window line are visual cues, while the front grille can be finished in different ways, adding to the car’s chic individuality. The 205 has a modern-day reincarnation at last.

The 208 heralded the arrival of Peugeot’s ‘i-Cockpit’ concept, which consists of a small steering wheel, a raised instrument binnacle and an upright touchscreen in the centre of the dashboard. Since introduced on the company’s newer models, it works well, but can take some getting used to at first as you look over the dinky but nice-to-hold steering wheel to see the instruments.

With a refresh in 2015, the 208 gained enriched interior finishes and the cabin of the small Peugeot is a stylish place in which to spend time. The textured dashboard finishes are appealing and everything is laid out in a logical manner. Bright and interesting colours add to the interior’s individual personality if certain option packs are selected, too.

It’s worth noting that Active, Allure and GT Line 208s are only available with five doors, while three door models span GTI Prestige, GTI by Peugeot Sport and the special Black Edition. Obviously, the versions with an extra pair of doors immediately prove potentially more useful, but all versions share the same size luggage area and a 2/3, 1/3 split-fold rear seat.

The Peugeot 208 has a well-specified level of technology as standard. A colour 7.0-inch multifunction touchscreen infotainment system with Mirror Screen, Apple CarPlay and Android Auto features even on entry-level Active cars, along with DAB digital radio, Bluetooth/USB connectivity, and steering wheel-mounted controls. Move up to Allure trim and you gain a visibility pack comprised of automatic headlights and wipers as well as an electrochrome rear view mirror. GT Line cars build on that, with automatic dual zone air conditioning.

A 3D connected navigation system  with voice control and TomTom Live updates is fitted to the GTI Prestige, along with an alarm – which is strangely omitted from the GTI by Peugeot Sport cars (don’t tell car thieves) – a rear parking aid and heated seats. All Black Edition 208s boast the same impressive standard tech as Active-trimmed cars.

While not up with the class leaders for driving dynamics, the Peugeot 208 is still fun to drive, the compact steering wheel making the car easy to thread through urban environments, as well as lending a sporty, agile feel. There is ample grip and a good level of body control, and while suspension is a little on the firm side, the French hatchback offers a largely compliant ride. Larger road imperfections can find their way into the cabin, though. Refinement is generally good, too, but the car suffers a little when compared to the competition. The 208hp GTI is more focused than some of its pocket rocket rivals, though, and offers a sporty drive with properly powerful performance.

The turbocharged 1.2-litre PureTech 110 S&S is a highlight of the petrol engine range, offering pokey performance as well as a decent level of economy. Emissions of 99g/km are impressive, too, and the EAT6 automatic gearbox only sacrifices 6g/km of CO2. The 100hp 1.6 BlueHDi is a happy compromise in the diesel 208 range, with a good on-paper blend of performance and economy.

When it was tested in 2012, awarding body Euro NCAP gave the Peugeot 208 a five-star rating. The small Peugeot scored 88 percent in adult occupant safety and 78 percent when it came to child protection. In the ‘safety assist’ category, its standard safety systems helped it gain a 83 percent rating. A good level of safety kit is standard on the Peugeot 208 which includes anti-lock braking and electronic stability systems, front, side and curtain airbags.

Peugeot’s Active City Brake is a £250 option on most models which operates at speeds of less than 20mph and detects slow-moving or stationary vehicles, triggering an emergency brake in order to avoid a collision. Another £250 option is Peugeot Connect SOS and Assistance which makes an automatic emergency call if the airbags inflate or if the seat belt tensioners have been set off. Peugeot Connect SOS can also be contacted manually by a button on the car’s dashboard.

Peugeot offers two solid colours free of charge, Hurricane Grey and Bianca White, although the latter is only a no-cost option on GTI Prestige models. Thirteen additional colourways are also available, including seven metallic finishes as well as one pearlescent shade. There are also three shades of textured paint, which Peugeot claim is a first for a production car. The granular matt finish looks the part but can be rough to the touch and difficult to wash. Finally, there is the striking ‘Coupe Franche’ look for GTI by Peugeot Sport models, which marries matt black and a choice of either red or Magnetic Blue colours, split by a diagonal line ahead of the rear wheel to the top of the rear window. Not one for shrinking violets.

Overall, the 208’s colour palette is quite conservative, but if you want to get noticed, we’d choose the Orange Power, Virtual Blue or the Ice Silver textured finishes. Costs? Metallic shades start at £495, while pearlescent can cost as much as £645. The textured paint is also £645 but brings in chrome door mirrors and window trim on Active models, as well as chrome door handles on all grades. The Coupe Franche finish is £945, but that does include Nera Black paint at £495.

The main differences with GTI by Peugeot Sport cars is the post-factory tinkering carried out by Peugeot Sport. Wheels go up by an inch, suspension goes down by 10mm, front and rear tracks are wider by 6mm, a Torsen differential is added, and the car runs different shock absorbers and springs. A smattering of ‘Peugeot Sport’ badges, coloured brake callipers and matt black styling additions add further identifiers. All this costs £1,950 over the GTI Prestige cars.

Finally, the Black Edition, does, as the name may imply, focus on style. Based on the entry-level Active trim, 16-inch black alloy wheels and the Menthol White personalisation pack are the visual cues to look for, while kit is the same as for its less stylish sibling. A limited colour palette of Bianca White, Hurricane Grey and Nera Black also marks out the Black Edition as a 208 which is a little more special.

The Peugeot 208 is similar in size to most of its main rivals, but it is a touch wider than rivals such as the Vauxhall Corsa and Volkswagen Polo.

Until 1 April 2017, reduced tax costs were offered by the diesel versions of the Peugeot 208, thanks to their more frugal and sub-100g/km BlueHDi engines which are tuned largely for economy and low emissions. The 79g/km 1.6-litre BlueHDi 75 S&S is quoted as delivering a staggering 94.2mpg on the combined cycle, but you’d be hard pressed to match that. The BlueHDi 100 has quoted economy of 80.7mpg, but you’ll probably get closer to 60-65mpg.

Peugeot has recently introduced PureTech technology on its petrol engines, though, which are cheaper to buy in the first instance than the diesel models, even if they ultimately miss out when it comes to fuel economy. With a quoted 67.3mpg, the most economical of these is the 1.2-litre PureTech 82 S&S fitted with Peugeot’s ETG5 automatic transmission. It’s also the cleanest at an impressive 97g/km. As you’d expect, the GTI has the highest emissions at 125g/km, but that’s still much less than an equivalent car of even five years ago.

When it comes to insurance, ‘mainstream’ versions of the Peugeot 208 span groups 7E to 25D depending on engine – with the diesels predominantly more expensive. Choose one of the GTI models, though, and you’re looking at groups 32E-33E.

Like most other manufacturers, Peugeot offers a two-year warranty on all 208s bought and registered in the UK, with an additional one year guarantee provided by the Peugeot dealer network. However, there is no mileage limit, so the 208 scores extra points here.

£17,600 buys the cheapest GT Line car with the 110hp version of the PureTech petrol engine, while the BlueHDi diesel with 120hp caps the non-sports models at £19,150. Black Edition versions can only be had with the 1.2-litre PureTech 82 petrol engine  and only cost £595 more than the similarly-equipped Active with the same unit. GTi Prestige 208s begin at £20,950, while GTi by Peugeot Sport versions are £1,950 more. Overall, though, entry level versions of the 208 are more expensive than some rivals. 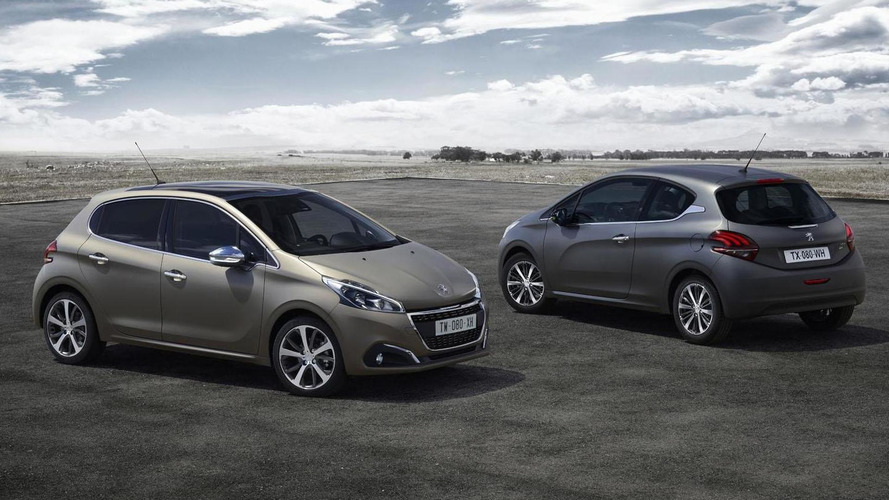 Festive driving in the Peugeot e-208