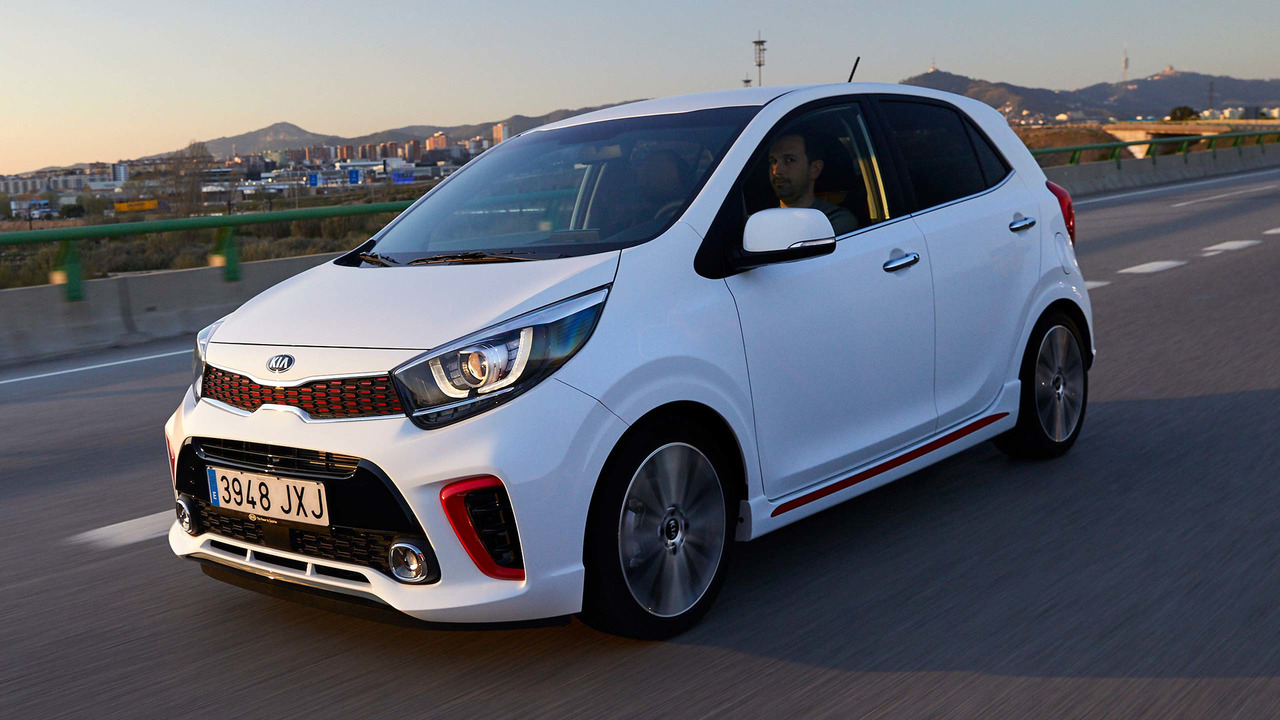 The Kia Picanto was one of the cars that put the company on the map in the UK. Back in the days of scrappage, it pretty much flew out of showrooms, introducing thousands of people to the merits of the brand. Foothold established, Kia’s gone onto bigger and better Sportage-shaped things – but it’s not forgotten its gratitude to the Picanto. So, fresh for 2017, there’s an all-new one.

Kia is proud of the fact it’s a third-generation car; the city car sector it competes in is a relatively new one, meaning the South Korean brand is able to boast model heritage the equal of its rivals. There are apparently even a few retro Picanto design elements in this new five-door model. But Kia hasn’t just focused on the past. It’s development target was clear: making the best city car there is.

In a class boasting talent such as the Volkswagen Up, Toyota Aygo, Renault Twingo and Fiat Panda, this is no mean feat. But having sold 1.4 million of the outgoing Picantos globally, and 300,000 in Europe alone (it's the company's second best-selling car in the UK), Kia reckons it knows a thing or two itself. Time to find out how the latest version of Britain’s second-favourite Kia measures up.

The new Picanto is a crisply-cut, neat-looking model that seems to enjoy more of the Germanic-style precision associated with the firm’s chief designer Peter Schreyer than its rather soft-form predecessor. Lines are cleaner, detailing is precision-cut and bigger windows make it look better-balanced.

A longer wheelbase helps here. Kia’s achieved this without lengthening the overall car a single millimetre: it’s still a compact 3595mm long. Instead, it’s shortened the front overhang, and added a little to the rear to create a bigger boot. Result: a squat, solid-looking little car, further toughened up by ‘double’ wheelarches, a visual trick that adds a bit of SUV robustness.

Our favourite is the terrific GT-Line. This sporty version has arch-filling 16-inch alloys and a sports-style makeover that includes twin exhausts and a rear diffuser, plus an entirely new and much more standout front bumper: it even includes ‘air curtains’ in the outer air intakes, feeding airflow around the front wheels to improve aerodynamics. Add in the new Picanto’s fancy headlights with distinctive U-shaped LED running light pattern, and you have an attractive little five-door.

Apparently, people who buy city cars earn more on average than supermini buyers. They are not budget-car choices these days – people choose them because they want a city car, not because they can’t afford a supermini. Kia has responded by making the Picanto posher, particularly inside. Quality has had a significant lift, with smarter surfaces, nicer trims and some almost Volkswagen-grade attention to detail. The silver finisher strip across the dash looks good, big round dials are Audi-like and the black-panel climate control display is very BMW.

Star of the show is the first freestanding infotainment system in the city car sector. You know, mounted high on the dash, like in an Audi or Mercedes-Benz. The touchscreen is large and crisp, has Apple CarPlay and Android Auto connectivity, 3D sat nav is coming and a pretty decent audio system is already standard. Infotainment and connectivity are key buyer criteria these days and the Picanto now leads the way for city cars.

Kia admits a top gripe of the old car was its small boot. Right, said the engineers: we'll sort that once and for all. So they've given it the biggest boot in its sector. 255 litres isn't so far shy of a Ford Fiesta (and 50% bigger than a Toyota Aygo). Seats fold in one easy movement to give a flat load space of 1010 litres - and there's a double-height boot floor to vary easy of access with overall space.

Almost two in three Picanto buyers are women – that's a higher proportion than any other sector of car. Kia says this is why it's engineered a clever new mirror for the driver's sunvisor, with multiple lighting sources that replicate a professional makeup mirror. Smart attention to detail and a neat piece of design.

This is a ‘get in and drive’ car, one with foolproof controls and friendly, easygoing nature. It’s light, precise and simple, feeling well engineered and with plenty of integrity. It doesn’t seem cheap, flimsy or built down to a price. It’s surprisingly refined at speed, the ride is quiet, seats are supportive and it’s stable on all roads.

The more we drive it, the more impressed we become. The new Picanto has much more depth than the outgoing one, shrugging off most road surfaces with decent finesse and only rarely becoming crashy or clattery. It has a tight turning circle and, on 15-inch wheels, enough pliancy to comfortably do battle with potholes, its quick steering is responsive and nicely weighted while a deep windscreen and low sides help you spot the gaps to dive into or kerbs to avoid.

On regular wheels, it's safe but a bit soft on the limit. The GT-Line, with its 195-section 16-inch wheels, is sharper, with more grip and, we were surprised to discover, decent steering feel both on and beyond the edge of adhesion. This made it great fun to drive at speed on twisting roads; it does roll, but it's still reasonably well controlled lean, and the wider tyres give it the extra adhesion to be that bit more incisive with the wheel. The ride is firmer, pattering a little on smooth surfaces, but it keeps away true harshness commendably, despite the 45-profile sidewalls.

We've driven both engines. The 1.0-litre three-cylinder is a sweet-spinning, charismatic thing with strong pull at low and medium revs. Its power delivery is uneven though, and although it makes a nice noise, there’s no point revving it as the power isn’t there. It’s also snatchy on the accelerator in first gear, which can make city driving a bit jerky and kangaroo-like.

The four-cylinder 1.2-litre engine is a bit more vocal and can get a bit raucous at high revs. It also doesn’t quite have the low-rev flexibility of the 1.0-litre. But it’s the more well-rounded engine overall, with plenty enough power when you get it over 3500rpm and an enthusiastic, fun rasp so long as you keep it below 5500rpm; things start to get loud then. We also found its five-speed gearbox snappier and less notchy than the 1.0-litre (and there’s an optional auto with the 1.2).

On the motorway section out, we drove the 1.0-litre, and it felt a bit out its depth at speeds above 70mph; it was a little too strained and foot-to-the-floor. The 1.2-litre has greater reserves and makes the Picanto a more able all-rounder, so passengers can enjoy its refinement, stability and un-downsized demeanour. It's a city car you don't need to restrict to the city limits – not least because it's surprisingly roomy inside, with ample space for those in the front and even enough room for adults to just squeeze behind them without feeling too pinched (although a little front-seat compromise would make them happier still...).

The city car sector is a competitive one. The Volkswagen Up is excellent (the Seat Mii and Skoda Citgo offer all its ability at a cheaper price), and others such as the Toyota Aygo, Renault Twingo and even the Fiat Panda are all competitive. The new Kia Picanto might just better them all, though.

Indeed, we’re more impressed with the Picanto than we were when we first drove the larger Rio. The Picanto is more likeable, more fun to drive, seems that bit more well-rounded. If a supermini isn’t absolutely vital, the Picanto is a strong alternative - particularly if you use what you’d spend on a mid-spec Rio to buy a great-looking GT-Line Picanto.

Here's to now getting it on UK roads (and confirming UK prices) to find out if it really is able to topple the mighty VW Up...