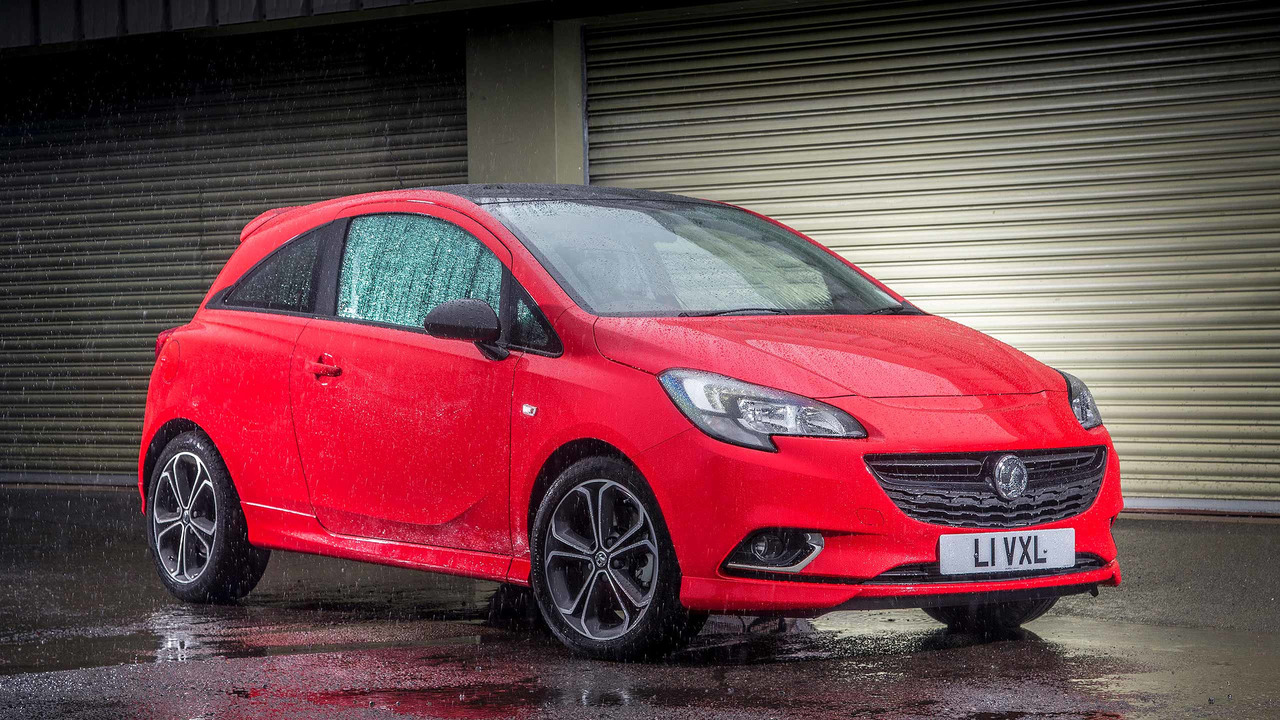 Forever in the Fiesta's shadow.

It constantly lives in the shadow of the best-selling Ford Fiesta, but the Vauxhall Corsa remains a huge seller. With a replacement due in 2018, how does the current generation model fare against a plethora of ultra-competitive superminis such as the Skoda Fabia, Citroen C3 and Nissan Micra?

Did you know? The first-generation Corsa was badged the ‘Nova’ in the UK as ‘Corsa’ sounded too much like ‘coarser'

The Vauxhall Corsa is a convincing package, and you can see why it’s such a popular car in the UK. It represents great value for money, particularly if you choose some of the added-value special-trim models, although competitors such as the new Nissan Micra and Citroen C3 offer a bit more character in a tough segment.

When the latest Vauxhall Corsa was revealed at the 2014 Paris Motor Show, many were quite critical about its appearance. It looked largely like its predecessor, which had been around since 2006, but with a new family face plastered on the front. Vauxhall insisted every panel was new, however. And, in our eyes, the latest Corsa has got more attractive over time and is certainly one of the quirkier superminis on sale (behind, perhaps, cars such as the latest Citroen C3).

A wide range of fun colours helps the Corsa’s appearance, as does the number of different trims and alloy wheels on offer. Regular special editions also help its forecourt appeal.

The interior has traditionally been the Corsa’s trump card over the popular Ford Fiesta - but that looks set to change with the arrival of the new Fiesta and its much improved cabin. Still, the Corsa’s interior has a lot going for it. Everything is easy to find and most drivers won’t struggle to find a comfortable seating position.

A gloss black finish to the Corsa’s dashboard adds a classy look, while figure-hugging seats on the sportier models adds a racy feel to the interior - especially combined with body-coloured inlays and aluminium-look pedals.

There are seats for five people, but adults won’t want to spend much time in the rear. It’s not that there’s a lack of space (it’s fine for a supermini), but more that it feels claustrophobic thanks to its rising windowline - especially in three-door models.

With the rear seats left up, the three-door Corsa offers 280 litres of boot space, compared to the five-door’s 285. The Ford Fiesta, Skoda Fabia, Toyota Yaris, Hyundai i20 and Kia Rio all boast marginally bigger boots on paper, and access to the Corsa’s luggage department is tricky thanks to a fairly high boot lip.

Dropping the rear seats makes for a uneven boot floor, but luggage space is increased to 1,090 litres.

Opt for anything but the most basic of models (so anything from the Excite up) and you’ll get a 7.0-inch touchscreen in the centre of the dash, as part of Vauxhall’s Intellilink infotainment system. This includes Apple CarPlay and Android Auto, as well as DAB radio, Bluetooth and USB. Apart from being mounted a little too low down, it’s an easy system to use, and leaves the dash looking clutter-free as it replaces many of the buttons used in the older Corsa.

Moving up through the range, and higher-spec models get Vauxhall’s OnStar concierge system. This is effectively a link between you and Vauxhall’s call centre, but that doesn’t really do it justice. Hit a button and you can speak to a handy assistant who’ll be able to see where you are, help with directions and even remotely diagnose issues with your car. It also works as a safety feature, automatically contacting the emergency services when the airbags are activated and pinpointing your exact location. OnStar is free for the first year of your car’s life but then you’ll need to fork out £89.50 for a subscription - as long as the novelty hasn’t worn off.

Impressively, OnStar packs in fast 4G wifi, so your friends can tether to your car’s hotspot on the move. Just watch what they download: there’s a 3Gb limit, after which, you have to take out a contract with Vodafone...

All engines are pretty strong, with the three-pot turbo being a rival to Ford’s popular 1.0-litre Ecoboost. It’s quite a characterful engine, and the one we’d go for, ideally in fun 115hp guise.

Handling is much improved over its predecessor, but it’s still not as sharp as the dynamically excellent Fiesta. The Corsa’s electric steering has been tweaked for the UK, and the car feels surprisingly nimble both in and out of town. Feedback is lacking, but ride comfort is exemplary when specced with the standard suspension and wheels. Despite its age, it still deals with city bumps really well.

The Vauxhall Corsa scored a four star rating when it was tested by Euro NCAP in 2014. The organisation criticised it for falling short on systems such as autonomous emergency braking, and only offering lane guidance as an option rather than standard fit. While fundamentally the Corsa is a safe car, the 79% and 77% results awarded for adult and child occupant in NCAP crash tests do fall slightly behind rivals.

It’s not all negative, however. Six airbags are fitted as standard, while the revised front-end design of the latest model is said to absorb impacts better than before.

The colours available depend on the trim level you opt for. On most models, a solid Royal Blue colour is available as standard, while ‘brilliant’ Lava Red, Flaming Yellow and Summit White colours can be selected for £285. More desirable metallic finishes cost £555 and include various shades of grey as well as a more attractive Persian Blue. For the ultimate statement, opt for the pearlescent paint (also £555), including Dark Sea Blue or (our favourite) Lime Green.

There are no fewer than 11 trim levels available on the Corsa, not including the high-performance VXR model. It can all easily get very confusing. The standard range starts with the entry-level Sting with its cruise control, standard radio CD player, heated windscreen and 16-inch alloy wheels. The Sting R adds black bonnet stripes, sports suspension and VX-Line touches inside, while Energy models get the seven-inch infotainment system (a must in our opinion), air-con, heated front seats, automatic headlights, rain-sensitive wipers and front fog lights.

Highlights of the SRi include sporty front seats and a choice of black or silver 16-inch alloys, while the SRi VX-Line adds sports suspension, 17-inch alloys and VX-Line body styling. The Limited Edition model comes with OnStar as standard along with VX-Line styling (inside and out) while the Red and Black Editions both come with a 150hp version of the 1.4-litre turbo engine.

At slightly over 4.0 metres, the Corsa isn’t a big car. It is marginally bigger than a Fiesta, however, and large pillars do restrict visibility to an extent. If you’re nervous about fitting it into your garage, it might be worth speccing parking sensors or a reversing camera.

All Corsas are fairly efficient, with the 95hp 1.3-litre CDTi diesel being the king of economy. Paired with the Easytronic semi-automatic transmission, it’ll return 88.3mpg on the combined cycle, or 85.6mpg with a manual ’box. The 90hp 1.0-litre triple is the most efficient petrol – on paper at least – returning up to 64.2mpg depending on spec. Our favourite, the 115hp 1.0-litre returns as much as 58.9mpg.

Even using a main dealer, Vauxhall servicing costs are very reasonable – and the Corsa’s 20,000 mile service interval is better than most rivals. While the Corsa shouldn’t be particularly costly to run, Vauxhall does tend to score slightly below average in reliability surveys.

The cheapest Corsa starts at £9,720 – undercutting rivals such as the Skoda Fabia, Hyundai i20 and Ford Fiesta. Special edition models offer extra kit for not a lot more money, while Vauxhall dealers always offer tempting finance deals. Don’t be tempted to pay full price for a new Corsa, and negotiate hard if you’re offered a pre-registered example.