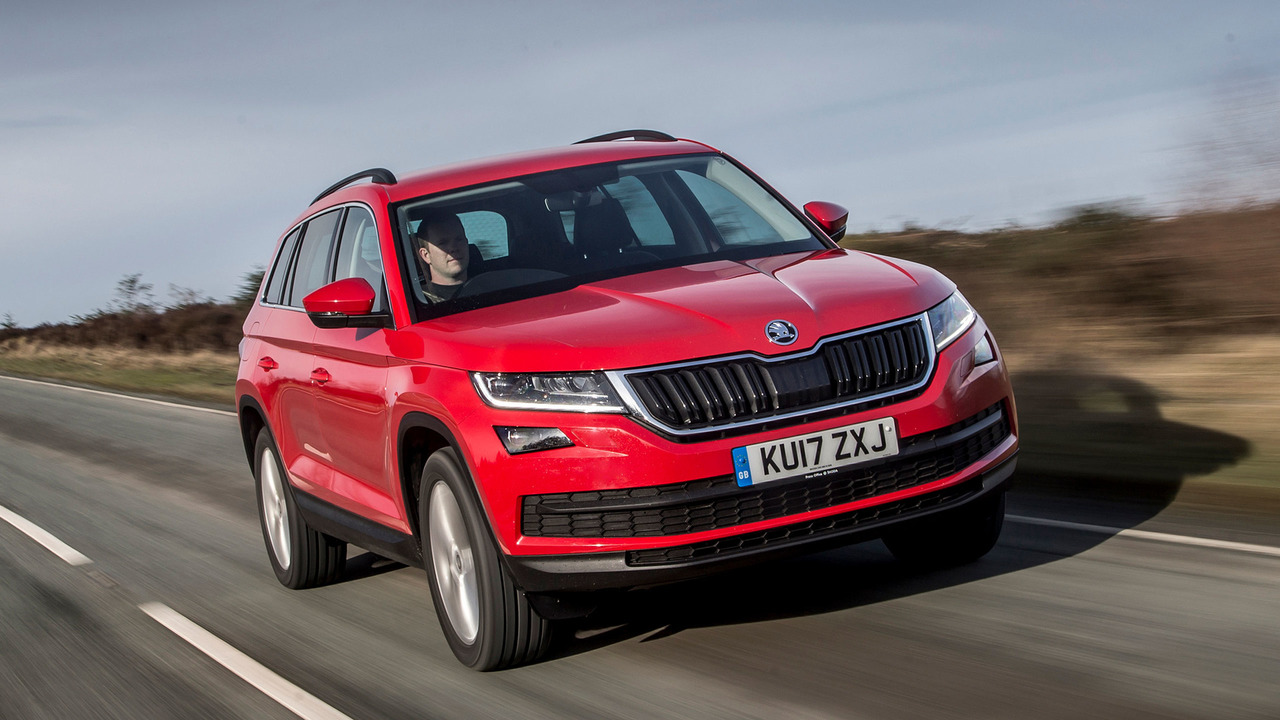 The Skoda Kodiaq has been a long time coming. We were officially first told about it 18 months ago, and the extended launch has been underway ever since. Skoda even had time for such stunts as renaming a town in Iceland for the day. Kodiaq - but at last, the Czech firm’s first-ever seven-seat SUV is here in UK dealers.

It already has several Volkswagen Group siblings: the Volkswagen Tiguan and Seat Ateca to name but two. It’s built on the same platform as those two but the Kodiaq is the biggest of them all - and the only one to have seven seats. Sensibly, it has a longer wheelbase than the others, to ensure these have enough space. Despite this, it also has bargain list prices that level-peg the diddier Seat and seriously undercut the Volkswagen.

There’s enormous pent-up demand for this car. Skoda’s microsite has the details of a hefty 30,000 interested buyers, and the waiting list is already three months long, before it’s even arrived in dealers. Skoda’s a well-liked brand producing some great cars at the moment, so expectations for the Kodiaq are high. We found out if they’ve been met.

The Kodiaq is a large machine, but not an obese one. 4697 mm long means it’s just 40 mm longer than an Octavia, but it’s wider and, of course, rather taller. The lines are square-edged and boxy, but distinctive and modern at the same time, without being outlandish. It’s subtle, satisfying and should age well - some of the detailing, such as the lights, wide-look front end and gently flowing side shoulder featureline, is superb.

You step up inside, in that cut-above SUV way, to an upright-fashioned interior with tall doors and high-mounted seats. Legs drop down more than they stretch ahead, the dashboard is defined by its height from the floor rather than its depth from the windscreen. With a hint of twin-console design, the appearance is pleasing, particularly with Skoda’s interesting array of trim panels: we love the stripey wood effect in the Edition model.

The touchscreen takes pride of place, in all models. All sit behind a flush glass cover which looks modern and high-end, and all include Apple Car Play and Android Auto connectivity, although you only get the full 8.0 display on SE models and above. The one you really want is the Columbus system in SE-L models: its 9.2-inch display is fantastic. The climate controls, which are mounted a little low, are VW-grade too, although plastics generally are a grade below. There’s less soft-touch stuff here and it doesn’t have the posh overlay of a VW. Quality is very good though, and it oozes solidity: think of it as a tough 1980s VW, before the brand started getting really fancy.

A sit-up driving position is fully-adjustable, atop firm and supportive seats: short people shouldn’t find this big car a challenge. Space in the middle row is excellent, with an abundance of leg, knee, foot and headroom if the 60:40 split seats are slid right back. Pity the third-row people if they are: for adults to find it tolerable, the middle row must compromise. Even so, with a little give and take, it’s one of the more accommodating seven-seaters - bigger than a Peugeot 5008, albeit not as big as a Land Rover Discovery (but then, neither are the prices).

Base Kodiaqs are five-seat only. All models have an extremely wide boot opening, but five-seaters have a bit more space in exchange for a step in the floor: in seven-seaters, the rear two seats fold flat into this area, giving a fully-level luggage space that’s easier to load up. Fold all five rear seats and it’s again completely flat - and in five-seat mode, the boot is a more than generous 720 litres. This is the configuration most will use even the seven-seater in: who needs that estate car, anyway?

You expect modern Skodas to drive well, but even by these high standards, the Kodiaq surprises and impresses. There’s a real integrity to it, a sturdy, solid, well-built quality that’s very reassuring and pleasing. Controls feel nice and crisp, it’s light and precise to drive, engines are effortlessly responsive and the whole car blends together in an extremely satisfying way.

Ride quality is decent, but not wholly perfect. On big 19-inch wheels, it’s nowhere near as fearsome as you might expect, with no crashy harshness or surface shudder; only a bit of busy bustle in town and on fast, knobbly B-roads will the top-spec Edition’s big rims show themselves. But while lesser models are more supple, they’re perhaps not quite the magic carpet improvement you may expect, although it’s still frankly pretty good.

Handling has a four-square, wide-track confidence that gives well-planted reassurance to the driver without particularly inspiring them. Roll is well controlled and pressing on doesn’t see it lose its marbles; 4x4 models have ample traction to ensure there are no nasty surprises waiting if you’re surprised mid-corner.

We tried a range of engines, all with the DSG automatic Skoda expects will sell best. The 2.0-litre TDI 150 is impeccable, with alert responses, effortless surge to the throttle at all speeds and a general super-easy driving feel. You can get a more powerful diesel and a 180-horsepower 2.0-litre petrol, but the surprise of the range is the 1.4-litre TSI 150 hp petrol. It sounds small, but performs with more strength and surge than you’d ever believe; it’s quiet when cruising, only gruff when revved, and a welcome surprise for those who want to save cash.

Other Kodiaq strengths shine through on the move. Visibility is excellent, with big windows and the high seating position. Volkswagen-spec switchgear is foolproof. It’s extremely quiet and refined at speed, with low levels of road and wind noise. The only awkward bit comes when parking: sensors are standard but there's no reversing camera, an odd omission when a big challenge of SUVs is backing them into spaces.

Skoda initially planned to bring 7000 Kodiaqs into the UK this year. It’s already upped that to between 8000-10,000, simply because demand is so high. Before, remember, anyone’s even driven it in the UK. And the reality is that this is a car as good in practice as it promised to be on paper.

If you’re in the market for a roomy family machine for around £25k (or £250 a month), it absolutely should be at the top of your list. It’s an affordable step-up from a normal hatchback, a great alternative to an estate car, even a more stylish MPV for those who need a people carrier but can’t bear the thought of owning one.

Skoda makes some excellent cars at the moment but the Kodiaq is the best of the lot. It’s a very able and well-rounded machine that’s excellent value and an exceptional common-sense buy. The logic of buying one is undeniable: it’s instantly become one of the best-buy new cars on the market.

Volume trim will be SE in the longer term, SE-L in the initial months (were eager buyers are happy to upgrade). 7 in 10 sales will be diesel, and Skoda expects the 2.0 TDI 150 with DSG automatic and - surprisingly - 4x4 to be the one most choose, although petrol version should still do better than the sector average.