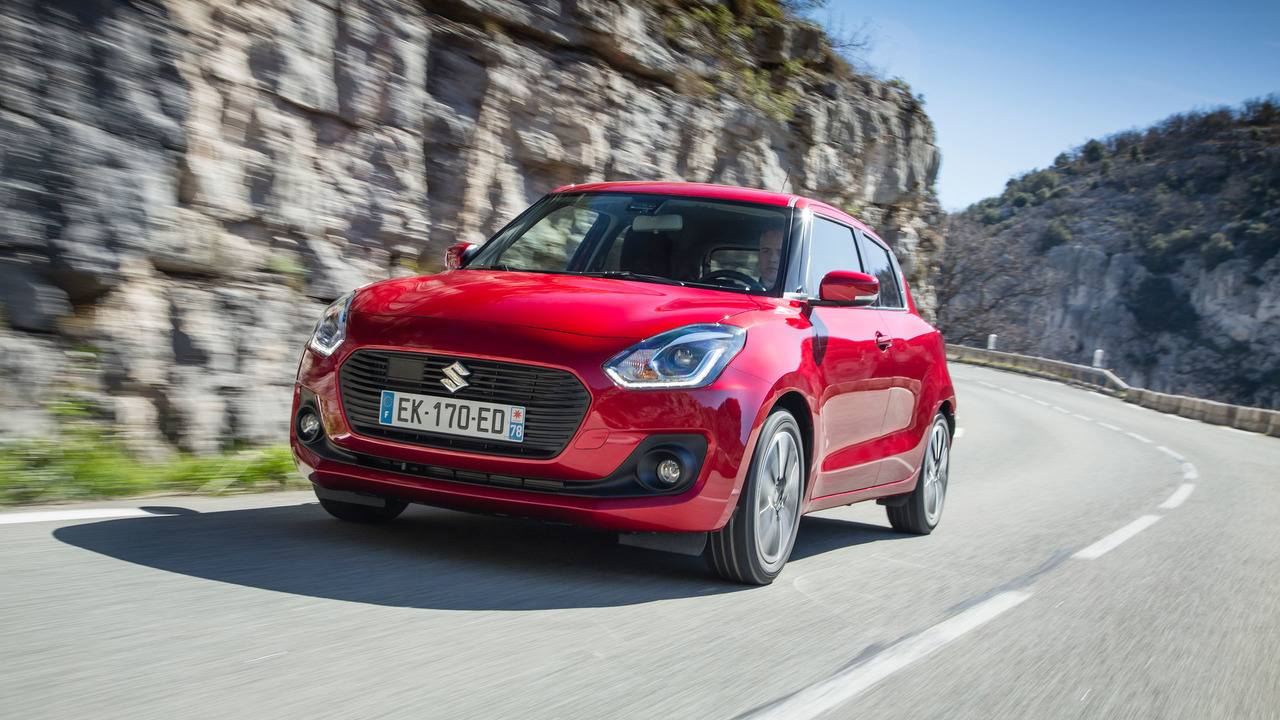 Suzuki has made swift progress with the lightweight new Swift.

While you weren’t watching, the Suzuki Swift was turning into a global sensation. It might not be able to match its namesake Taylor in terms of sales and social love, but total sales of 5.4 million puts the supermini in the big league of the car industry. Eat your heart out, T-Swizzle. Who said we couldn’t be down with the kids?

The new Suzuki Swift – we doubt S-Swizzle will catch on – is a leaner and fitter version of the outgoing model and will be built exclusively in Japan, leaving the Hungarian plant to focus on the popular Vitara SUV. The European Swift is 40mm wider than the Japanese domestic version, with a chassis developed on the roads of Britain and styling honed in Italy.

Suzuki has lofty aspirations for its new supermini, taking aim at the segment’s top 10 as it attempts to shift from ‘also consider’ to ‘first choice’. Does it have what it takes to make a nuisance of itself in a playground in which the Fiesta, Corsa and Polo are top of the class? We headed to Monaco to find out.

Suzuki could be accused of playing it safe with the new Swift, but the supermini certainly looks better than the photos might suggest. It’s clearly an evolution of the old Swift – which is no bad thing – but there are enough neat touches to lift it away from other value-driven rivals. This is important, given that Suzuki hopes it will appeal to drivers who buy with their heart and not their head.

Size-wise, the new Swift is 10mm shorter, 15mm lower and 40mm wider than before, giving the car a more muscular and planted stance, without appearing overly aggressive. In fact, it looks like a pumped-up kei car, looking almost Japanese cartoon-like from the front. Put it this way, the Swift is unlikely to offend anyone.

It’s a similar story on the inside, with a more spacious cabin and improved ergonomics. Settle into the wonderfully supportive seats and behind the D-shaped steering wheel – yes, a flat-bottomed wheel on a cooking Suzuki Swift – and you’re greeted with a slightly sombre cabin, lifted by styling accents and a new seven-inch touchscreen, standard on all but the entry level model.

It feels spacious – you can thank a 20mm longer wheelbase for this – with ample rear headroom for even the tallest rear seat passengers. The same can’t be said for rear knee-room, which is a tad restricted for adults, although the additional 54 litres of luggage capacity is most welcome. A total of 265 litres at least makes it competitive, but still way behind the Fabia’s 330 litres. Meanwhile, the high boot lip and big drop could make loading a struggle, although the side-mounted luggage hook is a neat touch.

We applaud any manufacturer which is able to offer Apple CarPlay and Android Auto at this end of the market.

Standard specification is high, even on the entry-level SZ3 model, although the majority of buyers will splash out for the SZ-T and SZ5. Proper smartphone connectivity makes a welcome appearance for the first time in a Swift, including Apple CarPlay and Android Auto on the SZ5. This flagship model also boasts front and rear LED lights, 3D navigation, adaptive cruise control, auto air conditioning and keyless entry and start.

The infotainment system isn’t the most intuitive, but we do like its simplicity and we applaud any manufacturer which is able to offer Apple CarPlay and Android Auto at this end of the market. It is worth noting that the navigation wasn’t entirely fault-free on our test drive, occasionally losing its bearings and getting itself in a muddle on more rural roads. It did a good job of 3D mapping Monaco, mind.

When even the entirely rational Baleno is a hoot to drive when powered by the 1.0-litre Boosterjet engine, you have high hopes for the more emotionally-charged Swift. Fortunately, the Swift doesn’t disappoint, picking up where the old model left off with a driving experience that is best described as ‘peppy’.

To paraphrase Colin Chapman, it’s clear where Suzuki has added lightness, with the new model up to 100kg lighter than the outgoing model. It’s evident from the moment you pull away, although a 0-62mph of 10.6 seconds suggests you’re unlikely to emerge victorious in a traffic light grand prix. But show the Swift a corner and it’ll respond with a touch of body lean and a lorry-load of grip, seemingly eager to please.

The five-speed gearbox is surprisingly satisfying, while the Swift will change direction like a puppy going in search of a stick. But before you get too carried away with thoughts of a junior hot hatch, the over-assisted brakes, non-communicative steering and tendency to be skittish over rough surfaces puts the Swift firmly back in its place.

Hats off to Suzuki’s engineers for delivering a range of featherlight cars at a time when efficiency matters.

The highlight is, of course, that Boosterjet engine, which is surprisingly muted in the Swift and accompanied by a mild hybrid system in the SZ5 model, as tested here. It acts as a generator and starter motor to provide assistance during takeoff and acceleration, as well as generating electricity through regenerative braking. You’ll hardly know the hybrid system is there – it adds just 6.2kg to the overall weight – but it improves overall economy by 4.3mpg and sees the CO2 emissions drop from 104g/km to 97g/km. Did we mention weight? All Swifts sneak below the magic 1,000kg barrier, with the 1.2-litre Dualjet weighing in at an impressive 890kg. Hats off to Suzuki’s engineers for delivering a range of featherlight cars at a time when efficiency matters.

Sadly, we can’t bring you news on the third coming of the Swift Sport, but we’re expecting to hear more in six months, with the car going on sale a year from now. The ingredients are there for yet another terrific junior hot hatch.

We’ve long considered the Suzuki Swift to be one of the most underrated cars in the segment, but this new version has what it takes to emerge from the shadows and become a first choice for many buyers. It still looks and feels like a Swift – note the wraparound windows, vertical headlights and shoulder lines – but the new car feels more grown-up and more in-tune with today’s market. Sure, the interior has been built to a price, but there are enough neat touches – most notably the excellent steering wheel – to leave you feeling anything but shortchanged. For a car at the value end of the market, the feel good factor is surprisingly high.

Not that Suzuki has forgotten its sensible suit. The Swift is packed with an impressive array of safety aids including, on the SZ5 model, dual sensor brake support, adaptive cruise control, lane departure warning, high beam assist and hill hold control. The adaptive cruise worked well on a busy stretch of motorway between Nice and Monaco, while we applaud the non-intrusive nature of the lane departure system. We suspect the SZ5 will be the hero of the Euro NCAP safety test.

The usual caveats apply – we’d like to spend more time behind the wheel, we’re yet to test it in the UK, we haven’t driven the 1.2, and Suzuki will not be revealing the prices until April – but everything points to Swift progress. We only wish Suzuki had been more adventurous with the choice of colours. Your options are limited to shades of blue, red, white and grey/silver – where are the Flame Orange, Neon Blue and Helios Gold options, as seen on the Ignis? We also believe Suzuki UK will need to stock up on lifestyle options and accessories if it’s looking to own the emotional end of the segment.