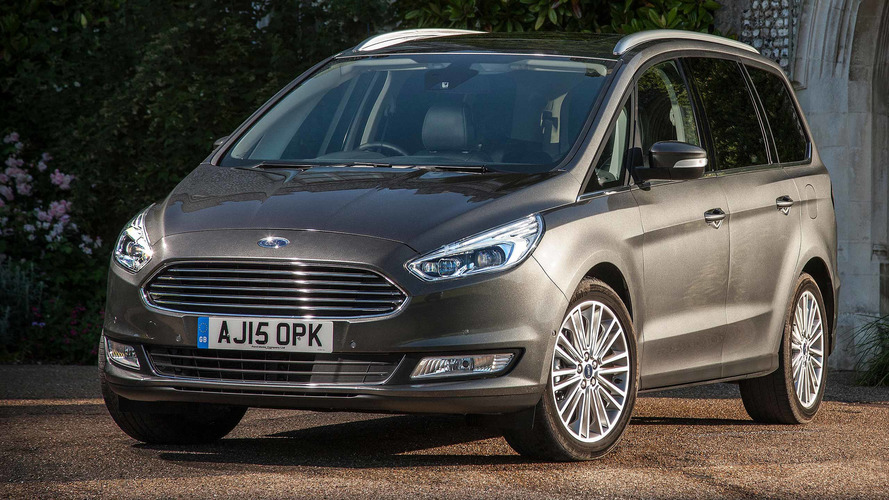 With a one goal focus, it's lacking in some areas.

The Galaxy is Ford’s biggest and most spacious car, taking a single-minded approach to family life by offering the absolute maximum in headroom, legroom and boot capacity. It offers van-like space for five and even a respectable luggage bay with seven on-board, which few seven-seaters match. Compared to the smaller S-Max, the Galaxy places comfort and practicality as higher priorities, leaving driver enjoyment and aesthetics to fall by the wayside.

Did you know? The original Galaxy was a joint venture with the Volkswagen Group, creating three almost-identical siblings.

The Galaxy is, in some ways, better off than the S-Max – Ford’s other seven-seat MPV. It’s more focused on one goal, which is to provide maximum space and practicality for families. And in that way, it makes the S-Max look a little identity-confused. That said, the Galaxy is not quite up to scratch for driving dynamics and there’s a significant omission if it wants to challenge the very best in the class for practicality. Its seating layout is great, but ultimately it lacks the sliding doors to make the most of it.

Designed as an all-new car for 2015, the Galaxy has finally been given slightly more interesting looks than most MPVs, sharing a front-end design with the Mondeo and most other Fords. The gaping grille is a matter of personal taste, but arguably it’s too aggressive and purposeful to look right on a large, family-orientated MPV.

From the side, the unusually high roofline, flat rear end and large glass area mean that the Galaxy can look a bit like a hearse when ordered in black, which clearly isn’t the image either driver or maker want to project. It’s the price paid for an outstanding level of interior space and practicality.

The Galaxy is like the archetypal dad in any one of about a dozen American sitcoms. It’s not without a sense of humour, but for the most part it’s seen as a utilitarian and necessary addition to the family.

There is good and bad news in terms of interior design. The layout is clean and well ordered, making it easy to distinguish buttons and operate all the handy features. From heated seats to a heated windscreen, high trim grades have plenty of toys, so it’s a good job that it’s so clearly laid-out. The design of the ancillary stalks is a little fiddly but manageable.

Less impressive are the large expanses of plastic around the cabin, from the top of the dashboard down the centre console and around the gear lever. Silver-coloured trim inserts and air vent surrounds do a good job of breaking up the broad swathes of grey and raising the impression of quality, but overall it feels more utilitarian than stylish.

A really impressive addition is the panoramic sunroof, standard on Titanium X models. It lets vastly more light into the cabin, brightening the ambience for everyone and making it feel even more spacious and airy than it already did. It has a UV-reflective coating for safety, too.

Key to the Galaxy’s outstanding practicality is not just that it has seven seats, but the space it offers around them. All seven are adult-sized, with third-row passengers only having to deal with the compromise of climbing past the middle row of seats. The high roofline and easy-folding chairs make that less of a chore than in most cars.

The folding seats are marvellous. It’s a one-touch job for the three seats in the middle row, and with the optional powered third-row seats, a single button-press can raise or lower the two back perches as required, revealing a truly gargantuan boot.

Elsewhere, the Quickclear windscreen is a boon on cold mornings, the Sync 3 voice control is great once you’re used to it, plus there’s an option for a hands-free powered tailgate and even automated parking. All but the petrols and entry-grade diesel can pull two tonnes, too.

Keyless start is standard, and all models can be upgraded with a powered hands-free tailgate that works from the proximity of the key fob itself. Zetec models get front and rear parking sensors, a heated windscreen and dual-zone climate control with vents in the rear passenger area. All four electric windows are one-touch compatible, allowing for easy semi-automated window closing.

Higher up the range are automatic headlights and windscreen wipers, a digital instrument cluster, cruise control, keyless entry, a larger colour display and options for much more equipment that isn’t available on the Zetec. Heated seats are standard on Titanium X.

Ford’s Sync 3 is standard on all models, giving a class-leading level of voice control over most of the key systems like media, navigation (standard on Titanium upwards) and climate control. As well as DAB radio and a CD player, there is AM/FM and Bluetooth connectivity, plus there are two USB ports and an SD card slot at the front. A higher-powered Sony stereo with more speakers is available as an option.

Simply put, the Galaxy wasn’t built for handling. It’s a big, heavy and tall thing that naturally doesn’t want to corner quite like a Fiesta. It shares much of its chassis with the S-Max, but it’s taller and longer, reducing the directness of the steering and generally making it feel more inclined to sit back and get to its destination in its own good time. It really feels its size on country roads and makes no attempt to encourage you to go faster.

The difference between the different power levels of diesel engine aren’t as big in the real world as it seems on paper. While the 120hp version is easily overwhelmed by heavy loads and faster roads, the 30hp jumps between the four states of tune are more incremental than you might hope. From the 120hp version to the 180hp unit feels like a big jump, and it’s the same from the 150hp one to the 210hp range-topper, but buyers stuck between two adjacent options are usually better to save money and choose the lower-powered of the two.

Intelligent All-Wheel Drive is a pricey option but adds an extra element of surefootedness in bad weather. An interesting option is the Front Wide-View Camera, which uses cameras placed on the front and sides of the bumper to create a picture of the space you’re pulling out into. It allows you to see approaching traffic, including cyclists, even when a car or truck is blocking your direct line of sight.

Active safety systems disappointingly relegated to the options list include a rear-view camera, Pre-Collision Assist, Lane-Keeping System, Blind Spot Information System with Cross Traffic Alert and Intelligent Speed Limiter (which automatically sets the car’s speed limiter to the limit posted on the last sign). It’s a poor show given the size and price of the car; many cheaper, smaller models make at least some of these features standard.

Recent Ford buyers should be familiar with the three grades of paint. The one Standard grade choice is Blazer Blue, a flat, dark blue that does look good, so it’s not necessarily worth upgrading.

Ford has majored on communications technology, having spent big bucks on getting the voice-controlled Sync 3 system to work as well as it does. That’s part of what costs Zetec most of its frills. Wise spec upgrades like front and rear parking sensors also take precedence, but with those, the heated windscreen, dual-zone climate control and respectable aesthetics (even if the 17in wheels are dwarfed), the Zetec has the essentials covered.

There’s no wheel size upgrade for Titanium cars, even if they do get their own wheel design, but extras like automatic windscreen wipers and headlights are tempting. It also adds Lane Keeping System, sat-nav, cruise control and digital instruments, making it a more advanced machine by far.

Titanium X cars still ride on 17in wheels, such is the Galaxy’s focus on comfort. But they come with a powered tailgate, a rear-view camera, leather upholstery and automated parking. Arguably, the most family-friendly feature is the electrically-opening panoramic roof.

It goes without saying that this is a big car. It’s actually the same width as the S-Max with which it shares its chassis, but the extra length and height count against it. It’s not quite so tall that it will be too large for a typical multi-storey car park, but it might come close in a few.

Officially, despite being bigger, the Galaxy records the same fuel efficiency as the S-Max for the mid-range diesels. That’s because against all probability the Galaxy is lighter, according to Ford’s own data. Expect a real-world average of around 40mpg. It can be higher, but with frequent school runs and traffic jams it can also be lower.

Depreciation is not the Galaxy’s friend. It loses by far the greater part of its value in the first three years, despite being better in this regard than the old one. Cars like these are bought for specific life periods, but to avoid being punished by depreciation buyers should keep the Galaxy for the longer term in order to get the best value, rather than sticking to a three-year plan.

Ford’s reliability record is poor, with the Fiesta, Kuga and Mondeo all listed as below-average in the 2016 Auto Express Driver Power survey. The Galaxy didn’t gain enough responses from owners to have been included in the 150-model sample, but the outlook is bleak – especially for more expensive models with extra electrical systems and greater complexity.

For some buyers the Galaxy’s price is almost irrelevant, because it’s one of very few cars that fulfill this sort of brief. Its three seat rows and huge boot make it a rival for expensive van-derived MPVs, without defaulting to van-like styling. 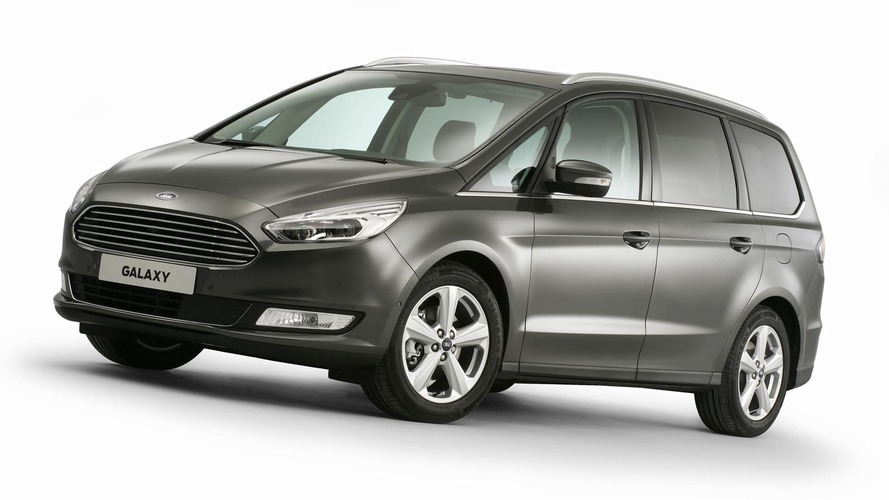