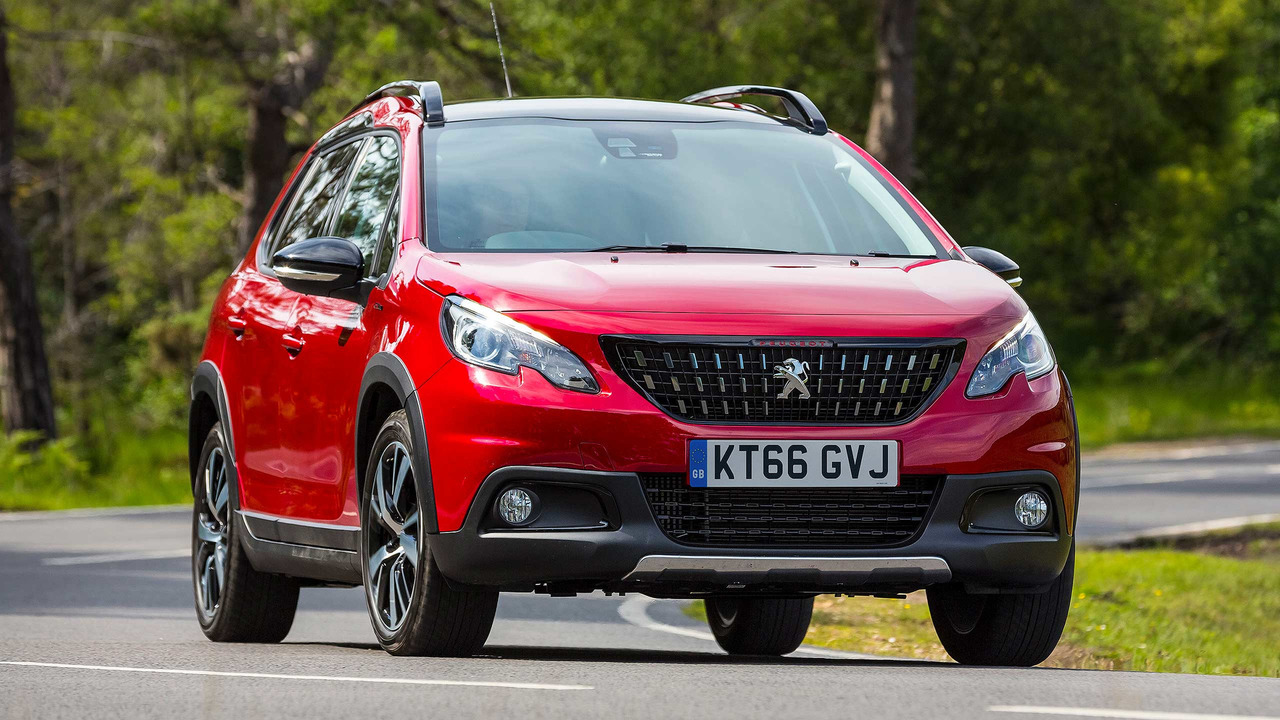 The baby brother of the 2017 European car of the year

The crossover cousin to the 208 supermini, the Peugeot 2008 is yet another pseudo-SUV success. It offers a higher seating position and tougher looks within a roughly supermini-sized footprint, for prices that, while they're creeping up, are not so far removed from the small car arena. A recent facelift has ensured it is ageing gracefully.

Did you know? There are several different pronunciations of 2008: the favoured is ‘two double-oh eight’ as other variants sound awkward.

Clever Peugeot replaced the old-shape 208 estate not with another load-lugger, but with a stylish crossover car called the 2008. Still derived from the popular supermini, it was launched back in 2013 as the firm’s entry into the fledgling small crossover sector, and has gone on to be a really strong-seller. It’s easy to see why: it looks good, has an interesting and good-quality interior, drives sweetly and offers some nice engines. Practicality could be better and prices are not as affordable as they once were, but it’s still worth a look.

Peugeot got the balance spot-on when penning the 2008. It’s not too boxy and SUV-like, but not too strait-laced and plain like a normal supermini. It’s a bit higher off the ground, a bit chunkier and beefier, with some sweet 4x4-like styling cues such as a step in the roof, a tough-looking front bumper and black plastic wheelarches to shrug off green-lane brambles (or, more likely, supermarket trolleys).

All models have roof bars and alloy wheels, and all but the basic versions have front and rear scuff plates, LED running lights and LED rear ‘claw’ effect tail lamps. It’s well-proportioned and elegant in that typically Peugeot way – a little more feminine than some other crossover SUVs and all the better for it.

Modern Peugeot builds good interiors, and the 2008 is a decent showcase of this, despite not being in the first flush of youth. When you first step in, two things define it: the tiny steering wheel sitting in your lap and the instrument pack that’s viewed above it – not through it. Peugeot calls this ‘i-Cockpit’, and the low-arm driving position it produces is different to most other crossovers. It takes a bit of getting used to, as does the speed of the steering itself, but settle in and it’s quite a novel detail.

The elegant dash is nicely shaped, with a prominent centre touchscreen on all models. Move up from the base version and you get a smart-looking climate control panel to add further sophistication, while those dash-top instruments themselves look beautiful, particularly at night. Even the rings around them glow.

The driving position isn’t ideal. The pedals are a bit close and cramped, and it feels tight for taller drivers unless they slide the seat right back. This swallows up nearly all of the legroom behind, and the rear seat itself isn’t so roomy anyway unless those in the front compromise.

The front seats are comfortable, while the rear benth is a bit flat and shapeless. Headroom is OK, although the panoramic roof of top-spec GT Line trim does reduce it slightly.

The 2008 fares well on boot space. With the seats up, 360 litres is only 20 litres shy of a larger Volkswagen Golf. Fold them – a two-thirds/one-third-split rear seat is standard across the range – and it extends to 1,172 litres, which is much more than the supermini norm. The one-touch seat fold system is rather clever, too.

The 2008 impresses here, particularly since its mid-life upgrade. All models get the seven-inch touchscreen, meaning none is left looking cheap. Even better, Apple CarPlay and Android Auto are standard across the range, so even a basic 2008 will hook into your smartphone to bring navigation, audio and a multitude of apps into the car. Needless to say, a USB socket is standard, as is Bluetooth and DAB. Peugeot’s six-speaker stereo is better than the entry-level norm as well.

Sat nav and Peugeot Connect SOS assistance are optional on the two core models and standard on the range-topper, but you don’t really need them if you have an Apple or Android smartphone. Saying that, it’s an affordable £500 option, and perhaps worth it if you want the security of an SOS call button for emergencies.

Another interesting piece of technology is Grip Control, an advanced electronic traction control system that offers five driving modes, accessed via a Land Rover-style ‘terrain response’ dial. It helps the off-road-look 2008 perform better off-road, with settings for snow, mud and sand amongst the options. Combined with grippier tyres, it helps progress when other front-wheel-drive cars may struggle.

The 2008 is a light and straightforward car to drive, with low-effort controls and a unique feeling of easy alacrity thanks to its fast steering and small wheel. It’s darty and nimble in town, an effect heightened by the high seating position, which adds to your confidence. The extra travel from its suspension means it rides bumps well, although the advantage is pared back once you start choosing bigger alloy wheel options.

This is no sports car, but it’s stable and confident enough for most, even if the steering lacks feel and feedback. Small Peugeots are usually fun and, despite this being a higher-up crossover-style model, there’s still evidence of good tuning within its chassis.

The base 1.2 PureTech 82 petrol engine doesn't have a turbo and struggles. Much better is the turbocharged 1.2 PureTech 110, which has almost double the engine pulling power at almost half the engine revs. It lugs more like a diesel if you’re lazy with the gears, making it much easier to drive. A 0-62mph time of 9.9 seconds instead of 13.5 seconds shows how much faster it is.

The PureTech 110 petrol is so good, you don’t really need to spend extra on a diesel. If you want even more easy-access shove, avoid the 1.6 BlueHDi 75 and go for the BlueHDi 100, which is economical and punchy. The 1.6 BlueHDi 120 is pricier, but performs as well as you’d expect for an engine normally seen in vehicles from the class above.

The Peugeot 2008 was assessed by Euro NCAP in 2013. It scored a full five-star rating, with 88% for adult occupant protection and 77% for child protection. By this point, Euro NCAP was becoming more strict with safety assist kit. The 2008 scored 70% here, with standard seatbelt reminder, a speed-limiter device, stability control and rear Isofix mounting points for child car seats.

More recent 2008s have optional active emergency braking, which auto-applies the brakes when it detects an impending low-speed impact. It’s £430 on the standard car and £250 on other models, making it an affordable and invaluable safety aid. Pity it’s not standard on any 2008s, though.

Glance at the colour chart of the 2008 and you may have to rub your eyes: it seems a sea of grey and white. Choices include Bianco White, Pearlescent White, Hurricane Grey, Spriti Grey, Cumulus Grey, Nimbus Grey or Nera Black.

The 2008 is a little longer than the supermini norm, and naturally that bit taller. It’s still manageably narrow, though, and the higher seating position might actually make it easier to drive in town, despite its extra length.

You need to watch insurance costs, though. They’re surprisingly high as soon as you add on a more powerful engine: the 1.2 Puretech 82 Allure is insurance group 10, which rockets to group 17 for the 1.2 PureTech 110. Choose carefully if you’re a younger or higher-risk driver.

Servicing is required every 18,000 miles and Peugeot offers an all-inclusive Optiway service plan for £12.99 a month over three years and 35,000 miles. This covers all servicing costs and also inflation-proofs you against price rises. Plan to cover more miles? Take up to five years’ cover for 55,000 miles at £13.99 a month.

Prices represent a bit of a step-up over a regular supermini. The entry point is not far shy of £16,000, which is enough to get you into some larger family hatchbacks. The desirable PureTech 110 engine in best-all-round Allure trim is another significant jump up, to more than £18,500. An Allure diesel costs from £19,500.