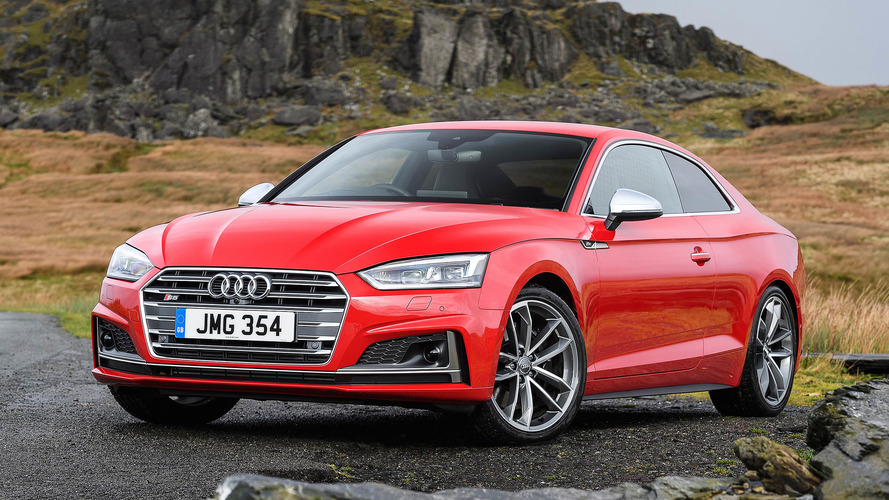 Suave and sophisticated, despite lacking an exciting drive.

The suave Audi A5 Coupe is, in the very best sense, an archetypal Audi. Sleek, understated, perfectly-formed and clinically able, it has sophistication by the bucketload within an elegant body. This second-generation model was new for 2016 and, at first glance, seems little different to the pretty original. It has evolved, though, and is more desirable than ever – even if it ultimately lacks that final slice of passion.

Did you know? Think the A5 Coupe looks sleek? You’d be right: with an aerodynamic drag factor (Cd) of just 0.25, it’s the slipperiest shape in its class.

The good-looking Audi A5 Coupe is a very sophisticated and well-developed machine indeed. Its styling is an evolution of the original, with delicate surfacing and detailing that will grow on you with time. The interior is a treat and it has some impressive onboard tech. The drive is similarly sophisticated, which may frustrate some, who would prefer a bit more excitement and coupe-like driver thrills, but that’s not Audi’s way. Cool-headed civility is its preference, and this is a style the A5 Coupe carries off to clean-cut perfection.

There are no surprises with the design of the Audi A5 Coupe, but it’s still an elegant, cohesive look that’s matured since the trend-setting original. This latest iteration has more volume to the wheelarches, more gently flowing surfaces and more tightly-defined extremities. It somehow looks less heavy, and the extra muscle of its surfaces catches the light beautifully in the right colours (we prefer the richer metallics – not too light, not too dark).

Perhaps the front end is fussier than before, with strakes in the bonnet and plenty of shaping in the front bumper that has a rather busy grille set within it. The rest is an exemplar of modern car construction, though, demonstrating the sort of precision you normally associate with Porsches. It’s an intelligent design that grows on you and is thus likely to age well. Besides, given how many A5 Sportbacks you see these days, it’s refreshing to appreciate its relative design purity of the A5 Coupe.

The interior is beautiful. Yes, it’s the same as an Audi A4, but this really is no criticism: the cabin is stupendously well-built from the very highest-grade materials. Even Mercedes-Benz can’t touch Audi here, never mind BMW. The attention to detail is exquisite and everything is a treat to the touch, be it the bezeled climate control dials, the audio volume control knob, the touch-sensitive heater controls or even the column stalks hiding behind the steering wheel. Which, yes, is beautiful to caress.

The front seats do seem to be mounted a little too high for a coupe, but picking an S Line-spec A5 Coupe gets you some of the best chairs in the business. Simply getting into the car feels special. In the rear, things are tighter. It a shorter wheelbase than the A5 Sportback, so adults won’t be happy for long distances. But it’s tolerable for short runs, and kids will be fine. Besides, just look at the surroundings. What a place to spend time, even if it is a bit uncomfortable for the really tall.

The A5 Coupe has a surprisingly decent boot for a svelte coupe: 465 litres with the seats up. You do have a rather tight boot opening to contend with, which limits the size of objects that you can squeeze in – but what a lot of stuff you can carry if it fits through. The seatbacks fold, too, extending it further. Audi doesn’t quote a figure for the maximum amount you can get in here, though. Rather a lot, we’d guess.

Every A5 comes as standard with Audi’s MMI Radio Plus system, which has a seven-inch colour screen mounted high up on the dash. It’s not a touchscreen – it’s too far away from the driver for that – but is controlled via the ever-more-intuitive Audi MMI rotary dial on the centre console. Fitted as standard is the Audi smartphone interface, which brings Apple CarPlay connectivity to every version. And having two 2 USB sockets means you can plug in your phone and still charge up another device. There’s a Bluetooth interface as well, plus an Aux socket for those who are old-school.

Audi throws in a voice-control function, via a button on the steering wheel, which we tried to use a few times before giving up and never touching it again. But while there’s a 10-speaker, 180-watt sound system as standard, there’s no standard-fit navigation. You need to move up to Sport for this. Or, simply, use the navigation app on your iPhone and CarPlay it onto the MMI screen.

In fairness, Sport and the trim levels above don’t just add navigation. They also include Audi Connect Infotainment Services, which brings 4G wi-fi access into the car, plus Google Earth and Google Street View mapping, and access to Google and Twitter. You also get an interior LED lighting pack, including LED-illuminated cupholders. A cool detail if ever there was one.

The entry-level engine is a 2.0-litre TFSI turbo petrol producing 190hp. It’s a nice motor, carrying a bit of detuned VW Golf GTI kudos. However, most people ignore it and buy the 2.0-litre TDI Ultra turbodiesel. It’s more rattly, but more economical, and can still surprise with its torquey pulling power. You can get it with Quattro all-wheel drive, as well as a seven-speed S Tronic automatic gearbox.

The engine to go for if you can, though, is the 3.0-litre TDI diesel. This is a gem: utterly smooth and with fantastic amounts of shove that go well beyond its 218hp output. It’s barely any less fuel-efficient than the 2.0-litre either, despite coming with Quattro and S Tronic as standard. Yes, it only just creeps in at under £40,000, but if you can, you should.

Audi also offers a 252hp 2.0-litre petrol, plus a 3.0-litre TFSI V6 petrol in the S5. The former is forgettable but the latter is more exciting, rushing from 0-62mph in 4.7 seconds with a subdued but still-satisfying V6 growl. Its manners are impeccable and the eight-speed automatic gearbox works well.

The A5 Coupe drives with clinical precision, and clinical anaesthesia, some may add. There’s not a lot of feel there, but it’s very accurate and linear, with low-effort composure and a great feeling of well-built, solid integrity. Choose Adaptive Comfort suspension for the best blend of all-round sophistication, but consider avoiding the sport suspension on S Line models. It’s pretty firm and thus not for everyone, which is why Audi offers it as a no-cost-delete option.

Because they’re closely related, the Audi A5 Coupe shares the Audi A4’s five-star Euro NCAP safety score from 2015. It has some latest-gen safety tech as standard: a pop-up bonnet helps with pedestrian protection, and it automatically applies full braking once it detects a crash has occured, to try and avoid a collision.

Audi Pre-Sense City autonomous emergency braking is standard as well. Using a camera located behind the rear-view mirror, it can auto-brake to avoid or mitigate the impact of collisions, at speeds of up to 52mph. Stability control with electronic differential lock is also included, as are six airbags, seatbelt monitoring, lift and rain sensors, plus cruise control with speed limiter. Audi Connect Safety and Service uses the embedded SIM card to provide an emergency call service – and it runs for a full decade before you need to renew the contract.

Audi will let you paint a Coupe in 17 colours. Two of them, Ibis White and Brilliant Black, are free, and the rest cost £645. Glacier White, Floret Silver, Cuvee Silver, Monsoon Grey, Manhattan Grey and Mythos Black all suit the understated Coupe’s elegant lines well. To stand out a bit more, choose from Gotland Green, Argus Brown, Scuba Blue, Moonlight Blue, Tango Red, Matador Red or Daytona Grey. Navarra Blue and Misano Red are reserved for the S5 (and you can’t get colours such as Gotland Green and Mythos Blue on the S5 – sorry, those who like to be different).

Sport adds 3D sat nav, with a three-month trial of Audi Connect Infotainment Services – this includes 4G internet access with wi-fi and Google Earth, plus Google Street View mapping. Chances are, you’ll like it so much, you'll take out a subscription. You also get smarter sports seats with electric adjustment and four-way lumbar support, ambient interior lighting, a ‘Twilight grey’ radiator grille that mimics S Line and S5, plus fancy aluminium interior trim.

S Line is a styling exercise that includes 18-inch alloys, S Line bodykit, LED headlights and S Line badges everywhere both outside and in. The front sports seats, part-leather and part-Alcantara, are terrific (they have embossed S Line logos), the black headlining is purposeful and a perforated leather sports steering wheel and gearknob are rather racy. You also get sport suspension as standard, but if you’re bothered about ride quality, you can have normal suspension as a no-cost option.

The Audi A5 Coupe has a shorter wheelbase than the A5 Sportback, so is a bit smaller on the road. It’s still reasonably long at 4,673 mm, though, and 1,846 mm width gives it a purposeful stance on the road.

Even the entry-level 2.0 TFSI petrol is surprisingly good on fuel. With the 17-inch wheels of SE and Sport, it averages 50.4mpg and emits as little as 127g/km CO2. It’s even better with the fuel-efficient seven-speed S Tronic auto: 55.4mpg and 117g/km CO2. These are diesel-like figures and just a little bit extraordinary. It does plunge if you add Quattro 4WD, though.

We’re not yet seeing any major issues with the reliability of the current Audi A4, so the A5 Coupe should hopefully follow suit. It’s not affected by the Volkswagen Group diesel issue, either. One thing to budget for is the cost of AdBlue diesel emissions-reducing supplement: we hear reports that some owners are finding consumption a little high. Certainly if you’re a sporty driver, which many Coupe drivers may well be, you could find yourself having to top it up once or twice between services. Insurance costs will also be higher than a comparable A4 saloon, although servicing shouldn’t be much different.

S Line trim isn’t such a great leap in price over the Sport, so it’s more accessible than you might think. For sheer showroom appeal, it certainly edges ahead, and the fact you can have normal suspension rather than sport suspension as a no-cost option will help broaden its appeal, we’re sure. For everyday use, a 2.0 TDI S Tronic S Line, for around £38,000, has kerb appeal by the bucketload as well as pretty remarkable fuel economy, combined with decent everyday performance. 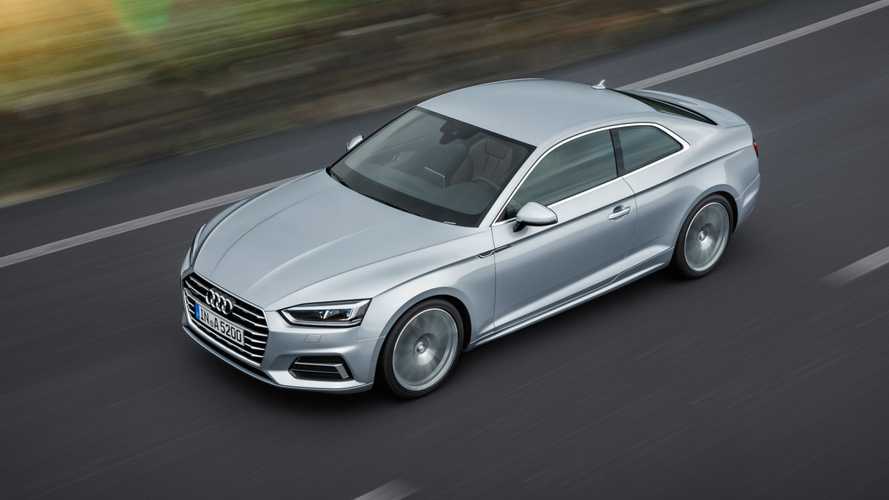