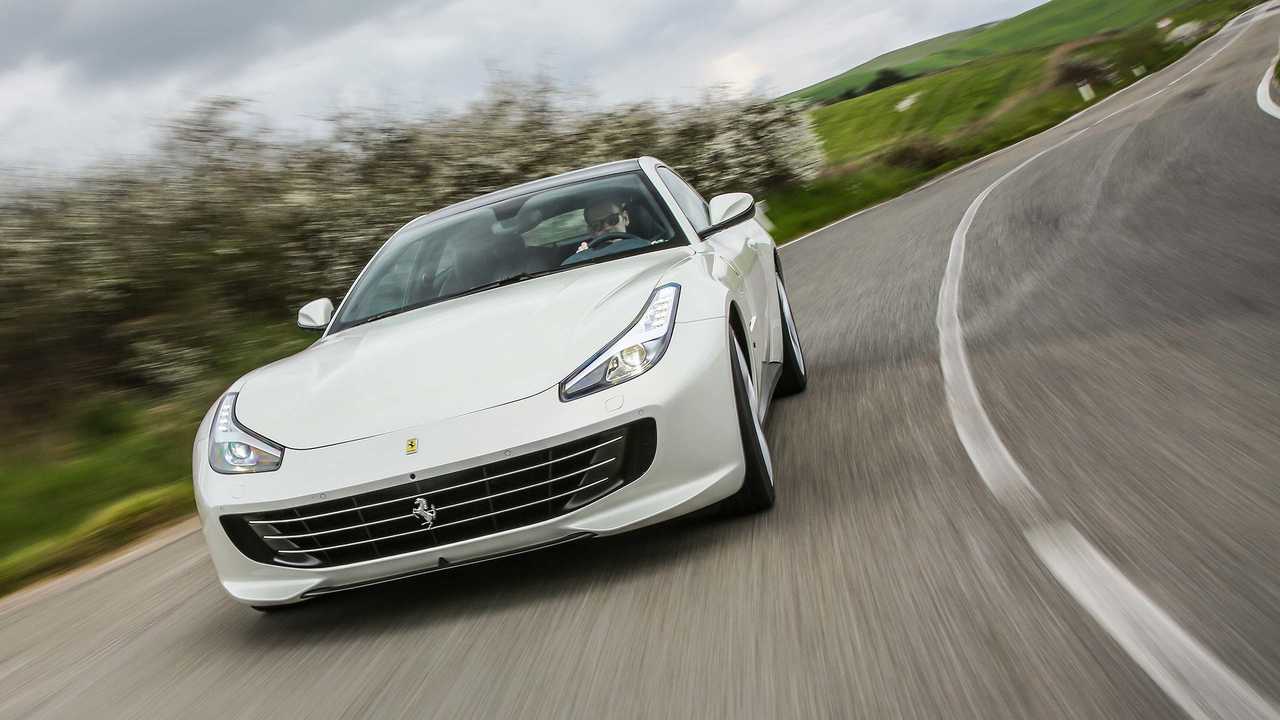 V8 replaces V12, rear-drive instead of 4WD: the driver's choice of shooting brake?

A true cross-continent Ferrari doesn’t need four-wheel-drive and a prodigious great V12 engine, apparently. Or that’s what customers of the legendary Italian sports car manufacturer have been saying in focus groups and the like, which has led to this: the Ferrari GTC4Lusso T.

Much the same as the regular GTC4Lusso (even if Ferrari insists it’s an entirely different model), the T features a 3.9-litre twin-turbo V8 producing 610 horsepower and a 0-62mph time of 3.5 seconds.

Don’t fear, Ferrari fans. This isn’t replacing the regular GTC4Lusso. Yes, it’s another stage of the downsizing trend, but it’s simply an alternative option rather than a true victory for the environmentalists. It’s also marks the first Ferrari variant ever to be sold with a choice of engines.

For a start, the Ferrari GTC4Lusso T looks fantastic. You’ll have to be a paid-up red anorak wearer (not unheard of in Ferrari circles) to spot the difference between the T and the regular GTC4Lusso. Spy the unique exhaust tips and bespoke 20-inch alloys… and other than that, it’s pretty much business as usual.

Not that that’s a bad thing. We’re huge fans of the regular shooting brake’s appearance, so it’s unsurprising that we think the T looks drop-dead gorgeous. Its quad circle rear lights, wagon-esque stance and aggressive front headlights combine to make a car that never fails to turn heads.

Inside, you’ll find four seats and a typically Ferrari cabin. By that we mean unusual switchgear, figure-hugging seats and more pizazz than Eddie Jordan’s yacht. While the seats in the rear are certainly usable (even for fully-grown adults), they’re not exactly luxurious. The GTC4Lusso T might fit a couple and their luggage for a trip around Europe perfectly (you’ll find 800 litres of space with the seats folded), but you’d be better off with an SUV if you’re planning on taking the family skiing.

At near-as-dammit two metres wide, the GTC4Lusso T is big. And it feels it. The bonnet edges far out of view, and its width will have your passenger flinching if you try to make progress on anything but the mainest of Italian main roads. You may question the logic in attempting to make progress in a GT car like this… and it’s certainly very good at plodding along gently, keeping the revs down and exhaust baffles closed to avoid attention.

But don’t underestimate the GTC4 turbo. From starting it up using the bright red start button, hearing the V8 make its presence known to anyone within a radius of a couple of miles, it feels just as special and sports-car-like as any other modern Ferrari. Turn the Mannetino switch to sport and flick the gearbox into manual mode, taking control via the paddles behind the steering wheel, and there’s lots of fun to be had in the GTC4Lusso T.

Those turbochargers don’t result in the same sudden shoved-back-in-the-seat performance as you might expect, but that’s not because it’s slow. Ferrari’s bods have worked some trickery to eliminate turbo lag and spread torque evenly across its 7,500rpm range. You’re unlikely to ever find yourself wishing you’d splashed an extra £30,000 on a V12… performance wise, at least.

The weight-saving of the lighter engine has a beneficial effect on handling, too. Steering is incredibly sharp and direct, while weight distribution is now 54 percent rear biased (compared to the V12’s 52 percent), which cuts down on understeer. Ferrari has worked its magic to make the T almost as confidence-inspiring as the four-wheel-drive model and, even under swift road driving with traction control systems left on, the GTC4Lusso T’s wide tyres means there appears to be endless amounts of grip. Unless you want to drive your GTC4 through the snow, you really don’t need the 4x4 version.

We didn’t try the Lusso T on track, but switching the Mannetino to ESC off will trigger the latest version of Side Slip Control, which flatters drivers by allowing a degree of sidewaysness before reigning in the fun before you spin out into a tyre wall. We tried the second-gen version on the 488 GTB and it can make even the tamest of drivers look handy.

The only area is doesn’t quite stack up against the V12 is the sound. It’s not that it sounds bad – quite the opposite; it’s rorty and magnificent, but the boys in Maranello could work for decades on tweaking the sound of a V8 and it still won’t be quite as tuneful as a V12 to our ears.

There are probably better options out there for less money. But nothing will carry a family and have the same drama as a GTC4 Lusso.

Whether there’s a case for the T is another question. In some countries, the tax advantage of the tree-hugging turbocharged V8 will save buyers a significant chunk of wedge. But in the UK, it’s a difference of around £30,000. And if you’re prepared to spend £200,000 on a Ferrari as your daily drive, an extra £30,000 is unlikely to break the bank.

Flipping that, though, and that £30,000 only shaves a tenth of a second off the 0-62mph time, adds a whole 9mph to the top speed, makes the car more nose-heavy and will result in extra trips to the petrol station. For the buyers targeted (30 to 45-year olds without a need for four-wheel-drive and not necessarily Ferrari purists), the GTC4Lusso T will make them very happy indeed. But what else do you expect for £200,000?