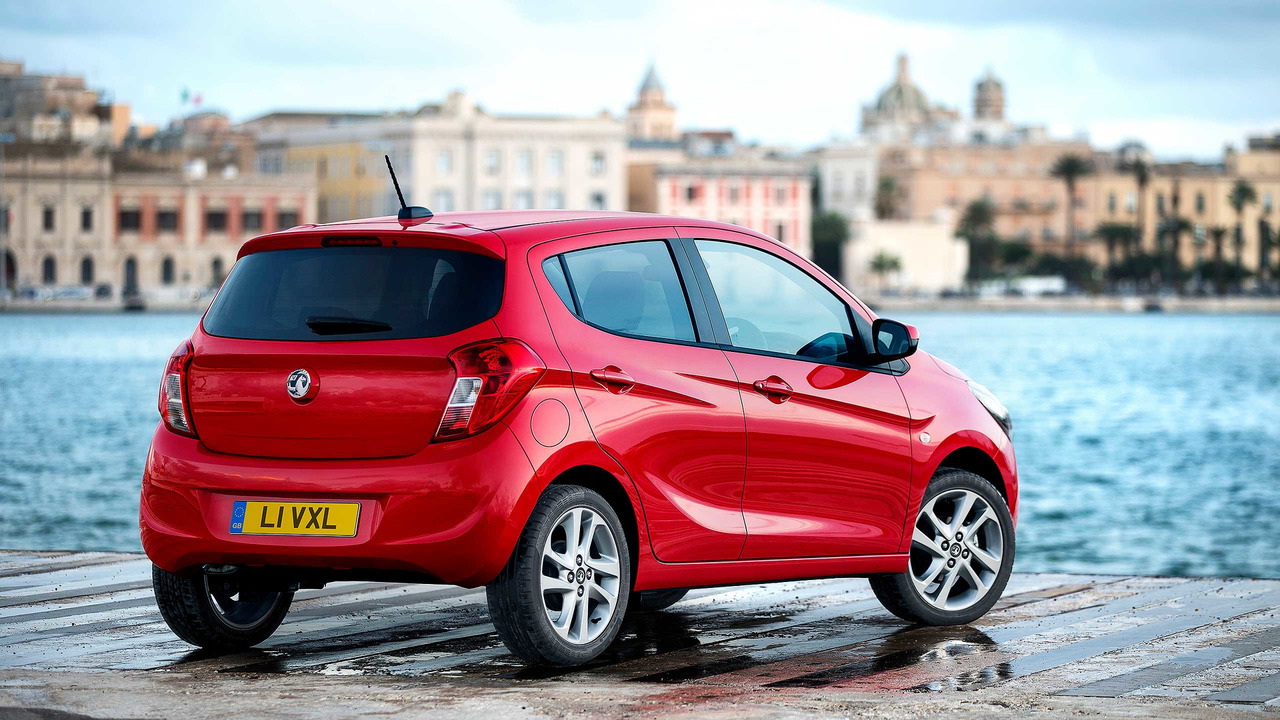 It's not quite what you were thinking...

The Vauxhall Viva isn’t the retro flashback you might expect from its name. It is, however, an affordable and practical city car. But is it good enough to compete in a segment that offers the Volkswagen Up and Toyota Aygo?

Did you know? The original Viva was the Vauxhall’s first small post-war car, launched in 1963 as a rival to the Morris Minor.

The Vauxhall Viva is a pretty uninspiring car. Rivals are better in most areas – and it’s not as if the Viva is competitively priced to compensate for its inadequacies. You might be able to negotiate a good deal, though, and the Viva is more spacious than most city cars. It’s built with a core audience in mind, one that values practicality within a compact package more than stylish looks and image. This isn’t a huge market by any means, but buyers are loyal and rate it highly, even if most people buy a Seat or Kia instead.

When Vauxhall revealed that it was planning to revive the Viva name back in 2014, many expected a cute city runaround with retro looks to rival the Fiat 500. What they got was a blue-rinse special with dumpy looks and few redeeming features to tempt buyers away from the Volkswagen Up or Toyota Aygo.

To make the Viva more desirable to youthful types would have stolen sales from the (admittedly slow-selling) Vauxhall Adam. So Vauxhall’s gone with a basic, utilitarian look – similar to the Suzuki Celerio and conventional (bland) car-hire specials like the Chevrolet Spark (with which it shares a platform) and Kia Picanto.

There’s no shortage of trendy city cars these days, and the Vauxhall Viva really isn’t one. It’s quite dull to look at, and more likely to attract the older generation than young Fiat 500 buyers. It’s inoffensive, though, and its high roofline, combined with wheels pushed to the furthest corners, results in a roomy car for its compact dimensions.

Inside the Viva, it’s business as usual for Vauxhall. Anyone who’s driven the latest Corsa will find it feels familiar. The dials, for example, are almost identical, as are the radio controls, three-spoke steering wheel and splashes of gloss black plastic. But that’s not necessarily a bad thing. The Corsa is a more expensive car than the Viva, after all. And at least some effort has gone into brightening up the interior of Vauxhall’s cheapest car. It’s not exciting, though, and buyers keen to add a touch of personalisation would be better looking elsewhere.

The Viva’s boxy shape means it scores pretty highly for practicality. Headroom is good for taller passengers (even in the rear), and those in the back won’t complain too much about legroom. There are three proper seatbelts across the rear bench, which is more than most city cars can muster. Not that we’d recommend transporting three fully-grown passengers in the back for longer journeys.

All Viva models come with a trip computer, cruise control and Bluetooth connectivity. None of these is particularly exciting (are you noticing a theme here?) but they do help make the Viva more appealing to drive every day.

If you’re hot on tech, you’ll want the £435 IntelliLink infotainment system, which includes a seven-inch touchscreen with DAB radio, plus Apple CarPlay and Android Auto connectivity. It strikes us as a worthwhile option unless you’re after the most basic of city runabouts – especially as you’ll probably get a chunk of its value back at resale time.

The top-spec Viva SL comes with Vauxhall’s OnStar system as standard (£405 on lesser models). This is a personal assistant that allows you to seek help from a Vauxhall adviser at the touch of a button – whether you’ve been in a crash and need assistance or are simply searching for the nearest fast-food restaurant. Although a handy feature, you may question whether it’s worth the £89.50 annual subscription charge after your free 12-month trial is over.

There’s only one engine available in the Viva: a 1.0-litre three-pot producing 75hp. Around town it’s nippy enough, but it soon feels out of its depth on open roads. We reckon the Viva could be a bit of a hoot if fitted with the Corsa’s 1.0-litre turbo engine, but then that’s not what this car is really about...

The Viva’s compact dimensions, combined with excellent visibility, mean it’s really easy to thread through city streets. Its light steering and clutch will appeal to older buyers, and the Viva does a good job of hiding any thruminess normally associated with three-cylinder engines.

When Euro NCAP tested the Vauxhall Viva in 2015, the safety experts awarded a decent four out of five stars. The Viva was criticised for its lack of an autonomous emergency braking system (although that’s not unusual in this segment), while NCAP was also concerned that the driver’s head might hit the steering wheel in a crash because the airbag didn’t inflate sufficiently.

It did, however, praise the Viva for its optional lane-departure warning system and driver-set speed limiter. Electronic stability control is standard across the range, as is a tyre-pressure monitoring system, six airbags and Isofix child-seat mounting points in the rear.

As standard, the Vauxhall Viva is available in two unusual hues: Pastel or Limelight Green (the latter almost looks yellow to us). An additional £285 buys ‘Brilliant’ finishes such as Absolute Red or Summit White, while a choice of metallic colours are available for £555. These range from an odd Mushroom colour to the bright Sparkling Blue.

While there’s a good range of hues to inject some personality into your Viva, there are no customisation options – such as decal kits or a contrasting roof.

There are just three trim levels available on the Viva. The entry-level SE offers Bluetooth, cruise control and 15-inch steel wheels. Moving up to the SE A/C adds – you guessed it – air-conditioning, while the top-spec SL features tinted windows, climate control and 15-inch alloys.

The Vauxhall Viva is one of the bigger choices in the city car segment, which contributes to good practicality. It’s narrow, though, at less than 1.6 metres. This might help those who need to fit into a tight garage or parking space.

In standard 1.0-litre manual gearbox guise, the Viva returns a combined 62.8mpg and emits 104g/km CO2. Opt for the Easytronic automatic gearbox and fuel economy remains the same, while its CO2 output drops to 103g/km. New road tax rules being introduced in April mean all Vivas registered after April 1 will cost £140 for the first year and £130 for following years.

Vauxhall used to offer an Ecoflex pack, which added low-rolling-resistance tyres, along with the removal of air-con to reduce CO2 emissions down to 99g/km and improve fuel economy to 65.7mpg. If you’re looking on the used market, consider whether you’re happy to forgo air-conditioning in exchange for free road tax. The new rules would have meant the Ecoflex would cost the same as other models to tax, which might explain why it’s been dropped.

Vauxhall servicing costs are never going to break the bank, and the Viva’s 20,000-mile service interval is amongst the best in its class. Although it’s still relatively new (the earliest examples are just two years old), we can’t foresee the Viva being a problematic car to own.

The entry-level Vauxhall Viva SE starts at £9,175, making it marginally more expensive than the cheapest Volkswagen Up, Toyota Aygo and Hyundai i10 – and more than £2,000 pricer than the cheap and cheerful Suzuki Celerio. Equipment levels are decent, though, and Vauxhall regularly promotes tempting offers and finance deals.