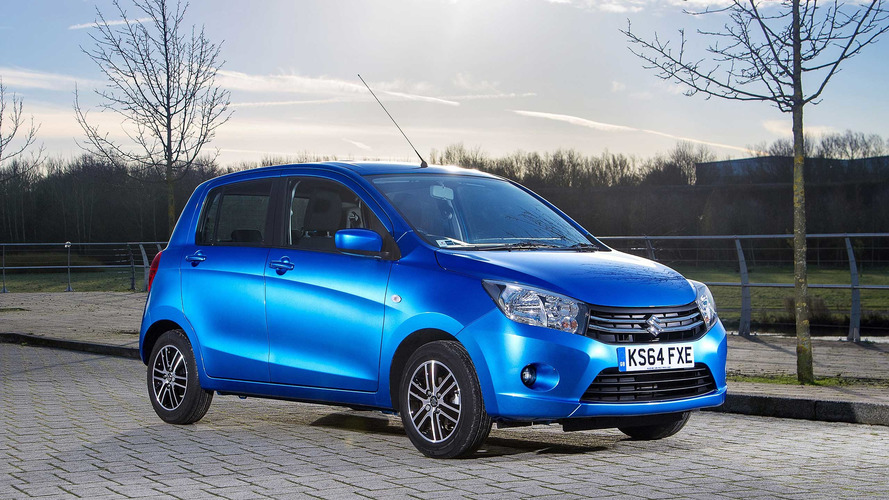 It's frugal, practical and not devoid of character.

Launched in 2015, the five-door Suzuki Celerio is one of the cheapest cars on sale in the UK. In fact, only the Dacia Sandero and Dacia Logan MCV undercut it. Built in Thailand and priced from just £6,999, it’s a surprisingly good entry-level city car. No frills perhaps, but it’s frugal, practical and not devoid of character. It also has some of the lowest car running costs, both on a daily basis and over the longer-term.

Did you know? The Suzuki Celerio was awarded a ‘Best Buy’ accolade at the 2017 What Car? Awards. At £6,999, the SZ2 model was rated the best car in its price bracket.

For a bargain price you get a small, but surprisingly spacious city car that’s cheap to run. Basic the Celerio may be, but it’s also practical and blessed with a choice of willing 1.0-litre three-cylinder petrol engines that are good for up to 78.4mpg, with CO2 emissions as low as 84g/km.

Suzuki knows a thing or two about small cars, and it shows. The Celerio may not be the best looking supermini on the road, but it does have some cheeky charm. More importantly, it’s a triumph of packaging, delivering a roomy and comfortable interior within a compact body measuring just 3,600mm long by 1,600mm wide.

The other key dimension of note is the boxy Celerio’s height, because 1,540mm is quite lofty for a city car. The flat roofline is what Suzuki calls “non-slanting”.

Packing five doors into a car of this size is useful for passenger access. However, it isn’t as cute as some rivals, such as the Citroen C1, Renault Twingo or Skoda Citigo. The boxy, upright lines really do show that substance has taken the lead over swooping style here.

The Celerio is a clever balance between a compact body and a spacious interior. In fact, Suzuki claims best-in-class interior space, largely thanks to a long, 2,425mm wheelbase. The height of the roof means taller people can sit comfortably, too.

If you like a black interior, you’re in luck. The main seat fabric is a blue dot pattern with contrasting black trim for the sides of the seats. There’s a similar design on sections of the front doors, but the rest of the interior is unremitting dark, hard plastic.

The driving position is fairly high, although smaller owners can benefit from height adjustment on the driver’s seat. There’s also lots of glass, so visibility is good all-round and parking is easy.

The Celerio boasts a class-leading luggage capacity of 254 litres with the rear seats in position, and 726 litres with them folded. The boot is also a good shape and the load lip is small. The rear seats split 60:40, but they don’t lie completely flat. The luggage opening area has a maximum width of 1,020mm and a maximum length of 751mm, while the loading height is a low 682mm.

For its price, the Celerio is pretty well-equipped, but it’s not a class leader when it comes to tech and connectivity. For instance, it doesn't feature a sat nav – even as an option.

That said, most of the basics are there on the entry-level SZ2, including DAB radio, a CD player, electric front windows and central locking. You’ll have to move up to the mid-range SZ3 if want a USB port and Bluetooth connectivity, though.

There are three versions of the Suzuki Celerio – SZ2, SZ3 and SZ4 – and two engines are available. Both engines are economical 1.0-litre three-cylinder petrol units. The Dualjet version (only available on the SZ3) has slightly better economy and lower CO2 emissions. While it has the same output (68hp) as its stablemate, it uses two injectors per cylinder and auto stop/start to help make it extremely efficient.

The SZ2 and SZ4 are only available with the standard 1.0-litre engine, but automatic transmission, known as Auto Gear Shift (AGS), is an option on the SZ4. Elsewhere, a five-speed manual gearbox is standard.

Frankly, there’s not much between the two engines. The Dualjet feels a little livelier and has more mid-range torque. And, of course, it is more economical, However, the truth of the matter is that the Celerio is such a small, lightweight car that 68hp is enough to make it zip along regardless. For the record, the standard engine has a 0-62mph time of 13.5 seconds and a top speed of 96mph, while the Dualjet is half-a-second quicker to 62mph and tops out at the same speed.

The manual gearbox is relatively smooth, but we’d suggest giving the automatic a good test-drive first. Some reviews report that it’s noisy and slow to respond.

The Celerio is a nippy city car, so don’t expect hot hatch performance. It needs to be worked fairly hard if you’re in a hurry. Go easy and it’s surprisingly refined, though. It will also lean in corners if they’re taken too fast – like many other small cars. The ride is generally firm, but in a good, controlled way.

There’s a fair amount of road and wind noise the faster you go, but that’s par for the course in sub-£10,000 cars.

Safety features on the Celerio include six airbags (driver, passenger, side and curtain), electronic stability control to assist in slippery conditions, anti-lock brakes, a tyre-pressure monitoring system and hill-hold control.

However, the Celerio only scored three out of five stars in crash tests by Euro NCAP, with a 61% adult occupant protection rating and 74% for passengers.

There are six colour options for the Celerio. Superior White is available at no extra cost, while the likes of Cerulean Blue, Ablaze Red and Star Silver (all metallic) will set you back £465. Sadly, there’s no way to personalise your car, although the top-of-the-range SZ4 does come with body-coloured door mirror surrounds.

Suzuki has kept it simple, offering three versions of the Celerio: SZ2, SZ3 and SZ4.

The Celerio is roughly the same size as most of its city car rivals, albeit slightly taller. However, it has a trump card up its sleeve. With compact dimensions, light steering and good visibility, it’s great for manoeuvring in the city. It also offers a very tight turning circle of just 9.4 metres.

The Suzuki Celerio is one of the cheapest cars to run, with very economical engines and a low insurance group.

Every new Suzuki comes with a three-year or 60,000-mile warranty (whichever comes first), plus a 12-year anti-perforation warranty. The warranty is transferable to subsequent owners.

The Celerio is great value for money – the Dacia Sandero and Dacia Logan MCV are the only new cars that cost less. Starting at £6,999 for the entry level SZ2, it rises to £8,399 for the SZ3 and £9,399 for the SZ4. Back to basics perhaps, but you get a lot of car for the money. 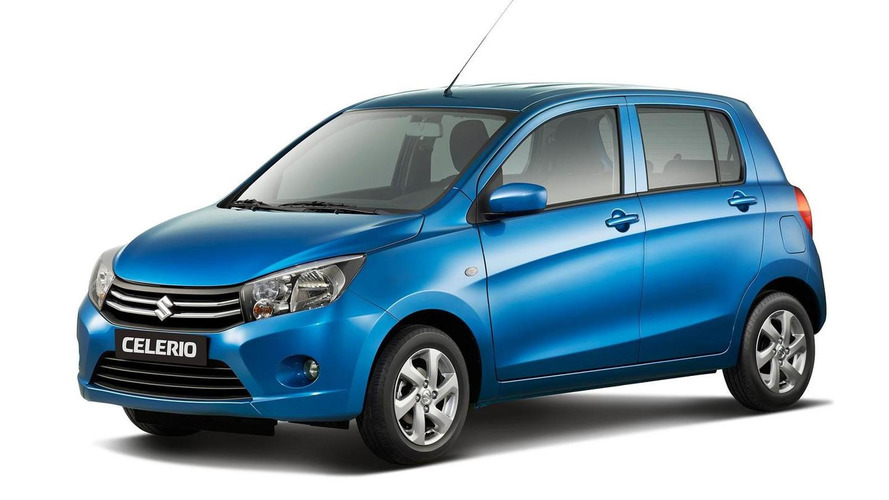