Nissan's supermini is back with a bang.

In recent years, the Micra supermini has been a weak spot for Nissan. As models such as the Qashqai have become top-five best-sellers, the Micra has virtually disappeared from buyers’ radar. No more. This all-new Micra is as impressive as its predecessor was disappointing. It looks modern, is sophisticated inside and drives really well. What an about-turn it is.

Did you know? The Nissan Micra name was first introduced in 1982. It was built in Britain until 2010.

The latest Nissan Micra is a five-door supermini that’s turned straight from class dunce into a real front-runner. Derived from the able Renault Clio, it’s a Nissan finally up to the same high standards as siblings such as the Qashqai and Juke. Well equipped and available with some leading-edge tech, it drives well enough and looks desirable enough to worry many a class best-seller. A Nissan supermini may return to the UK best-seller charts at last. 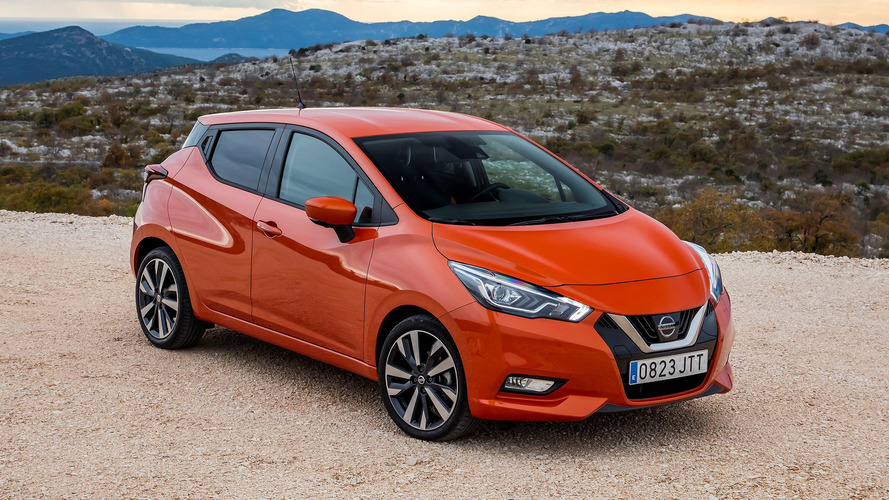 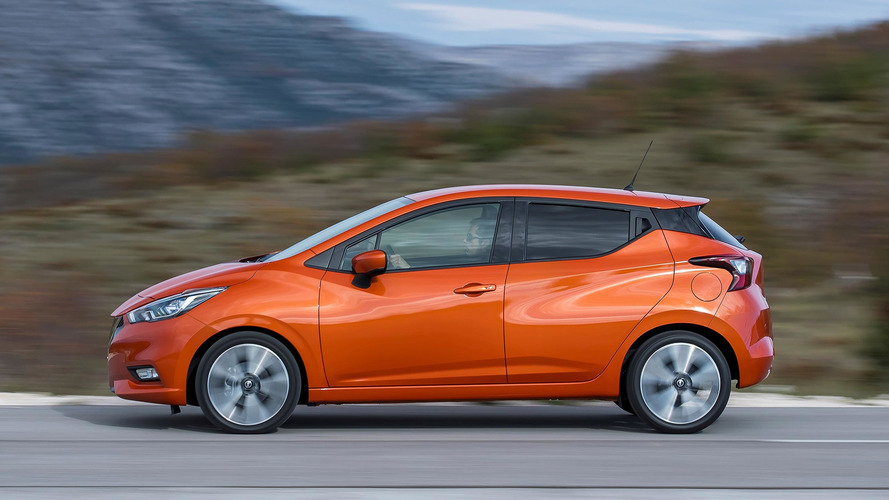 Forget this car’s dumpy, cheaply-finished predecessor. The new Nissan Micra is a crisply-cut, neatly-sculpted machine with some bold and brave surfaces, and body creases that help it stand out at last. The stance is terrific - all squat, wide-arched rear end and sweeping side body crease. It’s one of the most distinctive superminis on sale, and certainly one of the most stylish.

You can only get it as a five-door and, like the Renault Clio, the rear doorhandles are hidden in the C-pillar. But although it’s derived from the Renault Clio, all body and most interior parts are unique, making them appear completely separate cars. Unlike last time round, Nissan hasn’t cut corners with the design of this new Micra. Top it off with a bright metallic, such as orange or green: they really suit the brave lines well. 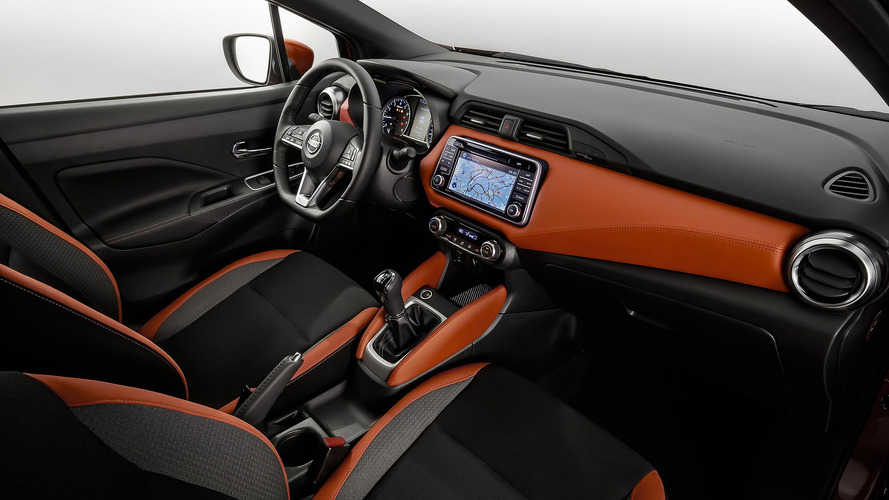 Just as the exterior of the new Micra is a success, so too is the interior. It looks modern and appealing, with big dials from the Qashqai and, on Acenta models and above, a smart combination of 5-inch TFT configurable screen between the instruments and a larger 7-inch touchscreen in the middle of the dash.

Quality is superb. The Micra feels classy and robust to the touch, combining Japanese assembly precision with a bit of German-grade quality overlay. The interior is light and airy, particularly if you choose one of the interior colour packs that sees the dash trim finished in blue, orange or red.

Comfortable seats are uncommonly pleasing to sit on and the high-set driving position has plenty of adjustment; a rake and reach-adjust steering wheel is standard on all. The gearshift is mounted high and the steering wheel is nicely shaped, while even details such as the position of the USB socket has been well considered: it sits above the centre console cubbyhole so you have somewhere to store the device you’re connecting it to. Some models get ambient lighting with a fancy illuminated base for this cubby...

The Micra is good in the front and rear seat space isn’t bad for a supermini either. Getting in and out can be a bit tricky, as the doorhandles are a little fiddly and the door openings could be bigger, but while knees may be a touch tight and taller heads a bit squashed, plenty of footroom and a reasonably high-set seat base mean people will at least be comfortable even if they are a bit squashed behind a tall driver.

A 300-litre boot is par for the supermini sector: it’s bigger than the outgoing Ford Fiesta, albeit smaller than the mammoth Skoda Fabia. 60/40 split-fold rear seats are standard on all models, extending the space to more than 1000 litres. 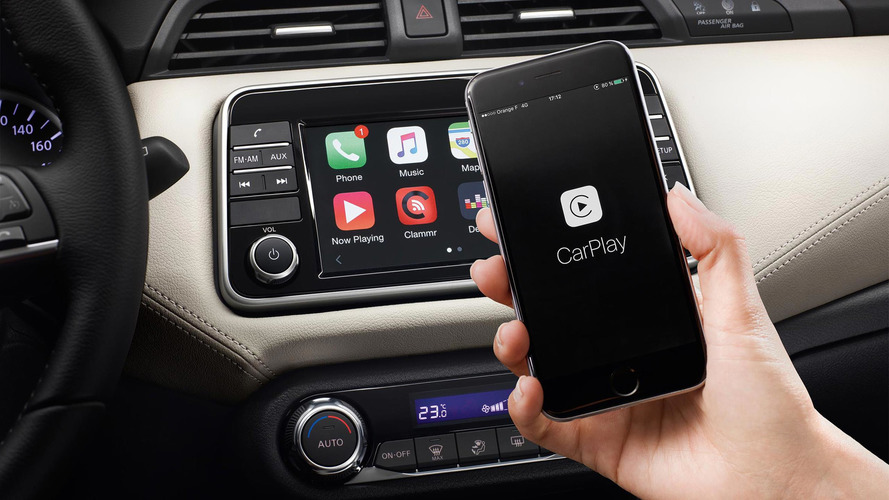 Because it is a modern supermini, the Nissan Micra is well-equipped with technology and connectivity features. Even standard models, for example, get two features called Intelligent Trace Control and Intelligent Ride Control. The former uses small brake inputs to help keep the car on the line you’re steering on through a corner, while the latter uses similar tiny brake inputs to smooth out the ride; it’s a sort of ‘active ride control’.

Auto wipers and headlights are also standard on all Micras, as is a traffic sign recognition system that displays a reminder of the last road sign you passed in the cabin. A speed limiter and Bluetooth connectivity also features on every Micra.

Move up through the range and touchscreen technology is introduced; this includes Apple CarPlay connectivity. The colour display between the dials is comprehensive, as is the NissanConnect sat nav and app option. Speaking of options, Nissan offers a brilliant Bose personal audio system, that includes two speakers embedded into the driver’s headrest. Sound quality is fantastic - it’s genuine 360-degree audio. Audiophiles, it’s well worth £500. 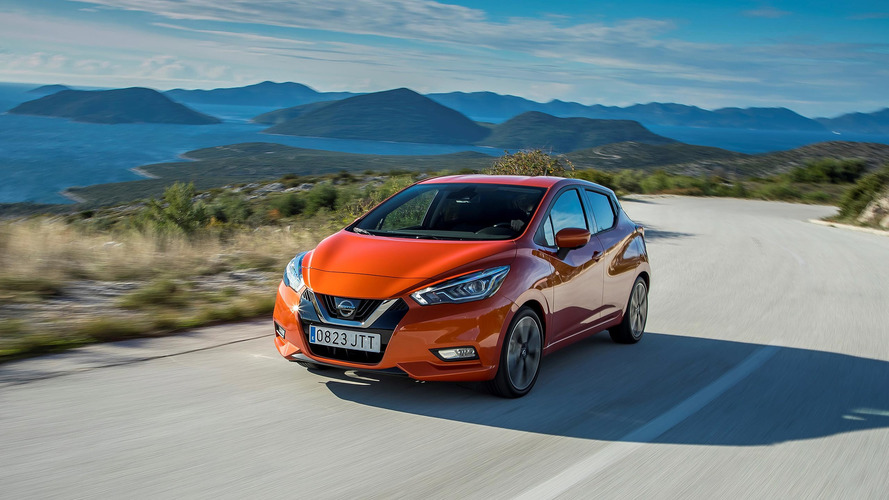 Nissan offers a tiny engine range with the launch Micra: just a single turbo petrol or turbodiesel. The 0.9-litre turbo petrol is a three-cylinder unit that produces 90 horsepower and a useful 103lb-ft of torque. It’s a charismatic little motor in practice, although it’s not the fastest thing in the world: 0-62 mph takes 12.1 seconds. It is, however, easy to drive, as all that pulling power from little more than 2000 rpm means you can leave it in gear and let it lug.

The alternative, for £1350 more, is a 1.5-litre turbodiesel four-cylinder, as seen in umpteen other Nissans (and Renaults). Here, it too produces 90hp, but has much more pulling power - 162lb-ft of torque is produced at just 2000rpm. It’s actually marginally faster than the petrol engine, taking 11.1 seconds for the 0-62mph dash and boasting a higher top speed. It’s refined and easy going, unless you rev it hard: then you’ll hear the diesel clatter. Both models have a slick five-speed gearbox.

To drive, the new Micra is a class front-runner. It feels like a quality, premium car, with smooth controls and well-engineered refinement. Ride quality is particularly good - it seems to handle speed bumps uncommonly well, with long-travel suspension and good isolation from the road. Handling isn’t as invigorating as a Ford Fiesta but is still stable and easy, and the Micra is a car that cruises at speed with stability and comfort. 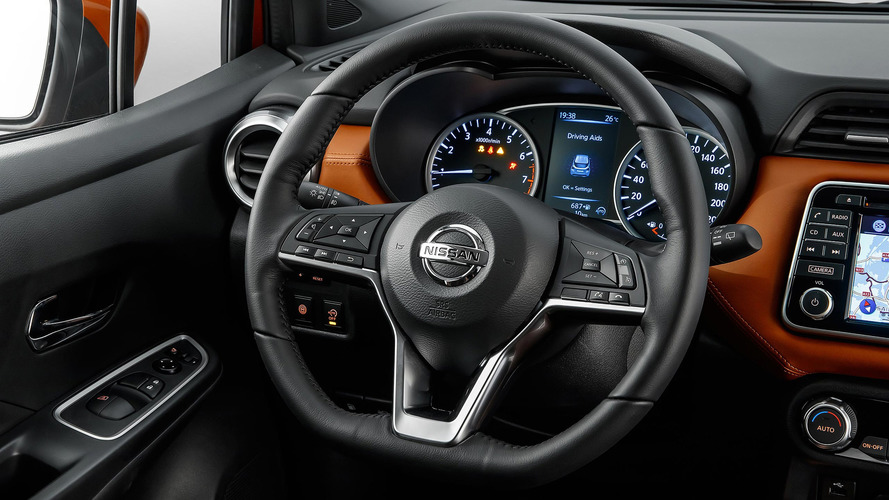 Nissan does not skimp on safety kit with the new Micra. As standard, all models get all-round airbags, a front and rear seatbelt warning system, two rear ISOFIX child seat mountings, plus two notable features that have significant real-world benefits: autonomous emergency braking with pedestrian protection, and lane departure warning. Some might find the latter annoying but it can be a life-saver, while the former is a safety boon that could save even skilled drivers from a moment’s distraction and a possible collision with a pedestrian.

Euro NCAP has yet to test the latest Micra for crash safety, but Nissan’s decision to include autonomous emergency braking (which it calls Intelligent Emergency Braking) as standard will surely help it score well: if the structure proves robust in the crash tests, we’d say a five-star rating is odds-on. 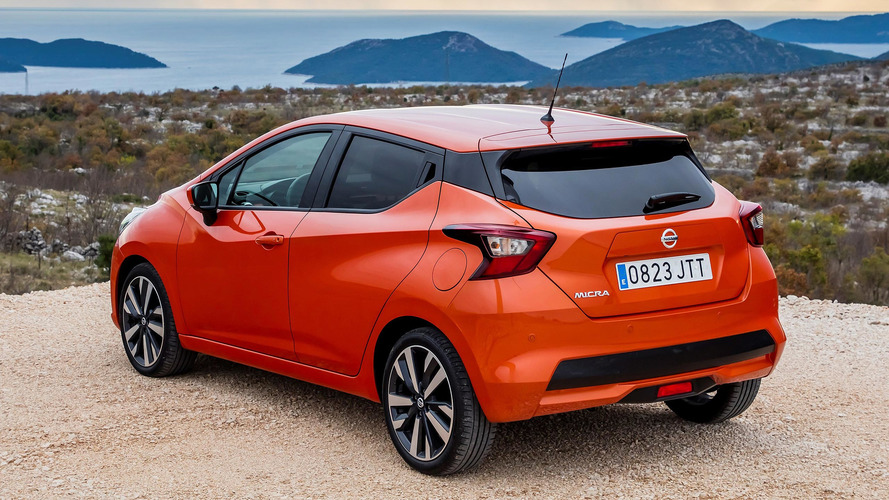 Choose from 10 colours with the latest Micra - and refreshingly, there are some bright and zesty ones amongst the line-up. For maximum impact, pick Pulse green, Energy Orange or Passion red; Glaze white and Power blue are also distinctive. More sobre colours are Platinium silver, Echo grey and Enigma black, while Ivory and Solid white are the free choices.

Move up to Visia+ and you get manual air conditioning and a stop-start system: A mere two features, that somehow cost £950 more than the basic model. Pricing at the low end of the Micra range seems a bit headline-grabbing; the cars that people actually buy quickly become more expensive.

If you’re forking out for Visia+, you may as well spend £1200 extra on Acenta. That’s certainly our advice, given how much extra you get: bigger wheels, touchscreen infotainment with CarPlay, cruise control, steering wheel audio controls, body-coloured exterior bits and satin silver interior parts. The 7-inch touchscreen with CarPlay alone is worth it: this means that if you have an iPhone, you don’t have to fork out extra for sat nav, as you can simply use the tech on your smartphone.

Nissan has clearly been looking at the supermini competitive set carefully. Superminis are generally less than 4 metres long: the Micra is 3999 mm long. It’s also less than 1750mm wide and height of 1455 mm is about right too. You can tow with it as well: choose the diesel to tow 30kg more than the petrol.

Every new Nissan Micra will return at least 61 mpg. Pick a petrol engine with 15-inch or 16-inch wheels and you’ll officially see 64.2mpg: trading up to 17-inch rims drops this to 61.4mpg. Petrol engine efficiency means the normal-sized Micra wheels deliver sub-100g/km CO2 emissions, with the one on 17”s moving up to 104g/km.

Every diesel-engined Micra will return at least 76 mpg - and that’s the worst-case figure for the base Visia model without engine stop-start. Simply by moving up to the Visia+, economy improves to 88.3mpg. Such are the vagaries of the official test cycle. Pick a diesel Micra with 17-inch wheels and claimed combined economy is 80.7mpg; CO2 emissions range between 85g/km to 92g/km, so easily sub-100g/km.

Service intervals are simple for the Micra: every 12,500 miles. Things range between a minor and major service, but well-proven and high-volume components should help keep costs down. There’s no difference in service intervals between petrol and diesel models. 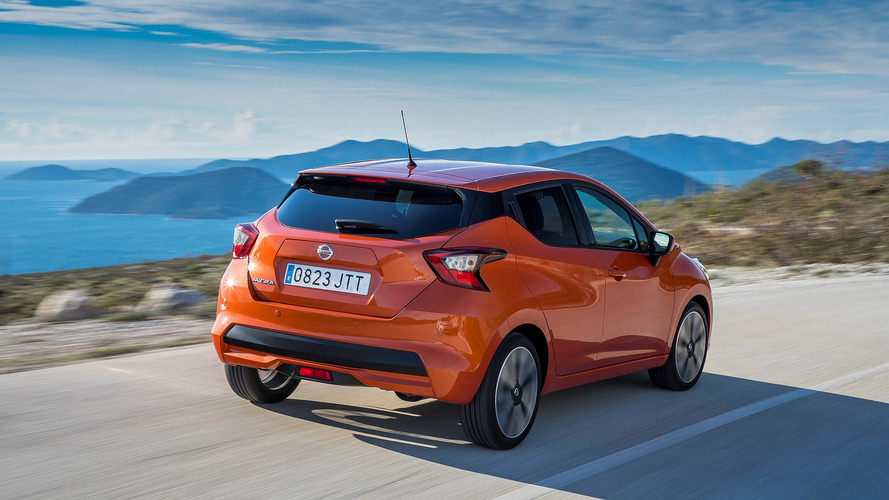 Micra prices are interesting. At first, they look tempting; you can get a 0.9T Visia from £11,995, But this is an undesirable car without air con, so the effective entry level is the 0.9T Visia+, and that costs £13,790. And you may prefer instead the extra equipment of the Acenta - to get a touchscreen in a Micra thus costs from £14,995.

This is par for the supermini sector though, and we shouldn’t forget Nissan is offering two high-spec engines in launch Micras, both of which have 90hp muscle and turbochargers to aid flexibility. Even so, we think a 0.9T N-Connecta is perhaps a step too far, and choosing diesel also looks expensive: a 1.5 dCi Acenta, for example, costs a serious-looking £16,345.