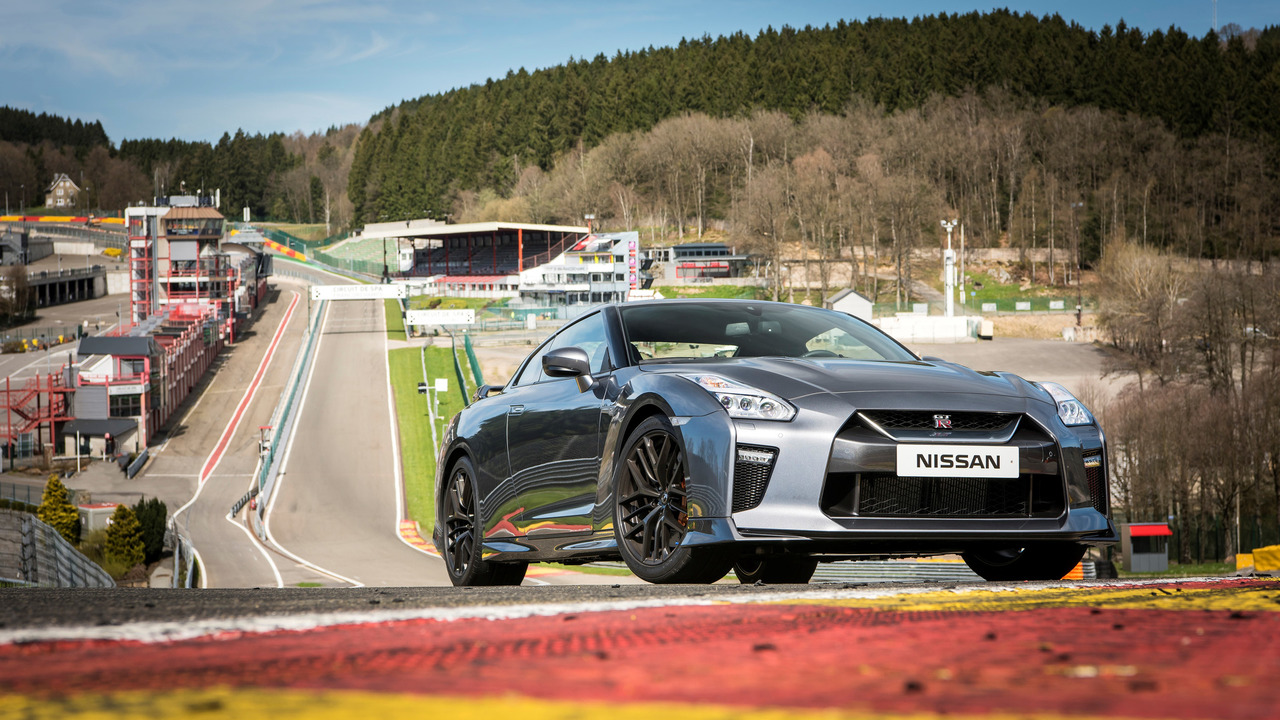 The thorn in the side of any supercar.

Upon its release in 2007, the GT-R was the most disruptive sports car to appear on the scene since the Jaguar E-type in the early 1960s. It had power and capability enough to embarrass supercars twice its price, and it’s directly responsible for forcing the likes of Porsche to raise their game even further just to stay ahead. After 10 years, the GT-R has forged a unique appeal and secured a chapter in the sports car history books.

Did you know? The R32 GT-R’s nickname, Godzilla, was coined by Australian motoring magazine Wheels in July 1989.

The GT-R isn’t the performance bargain it once was, but it’s a better driver’s car than ever. Priced close to £55,000 10 years ago, prices have since skyrocketed, but steady advancements in the four-wheel drive system, gearbox tuning and suspension setup have made the road-biased GT-R much more user-friendly without losing any sharpness. It’s a hilarious, outrageously enjoyable sports car with huge charm.

The GT-R is among the most recognisable sports cars in existence. No matter how far away it is, there’s no mistaking it for anything else. Its looks have only changed in tiny ways in the decade since its launch, too, which has given the design time to get its hooks into the wider public consciousness. In the flesh it looks bigger and bulkier than in pictures, but its form has been tightened and honed. The GT-R looks every inch the powerful athlete it is; a stony-faced sprinter with power radiating from every pore.

Black A-pillars are a little-mentioned design feature that serve to move the visual weight further back towards the rear, emphasising the cab-rearward stance. Interestingly, while all models get Rays 20in alloy wheels, the iconic six-arm lightweight design that has become synonymous with the GT-R is reserved for the two most track-focused model variants, which is something of a shame for buyers who want to stick to the road.

With a hotch-potch of materials and disparate trim modules, the GT-R’s interior almost looks like it was put together with aftermarket parts. Quality has been steadily increasing over the years and it’s tough to complain quite so much anymore, but the centre console plastics wouldn’t even make it to the pre-production stage at Porsche.

A traditional spread of buttons and dials is intuitive, if unimaginative, but they look unrelated to the newer rotary dial that makes operating the menus and features within the main screen easier. It’s as though each constituent part of the cabin was designed by a different person without any team meetings along the way; while the end result is a group of vaguely similar modules, it doesn’t have the cohesion you might expect. Through different eyes, though, there’s something wonderfully 1990s about it.

At least, between the controls on the steering wheel, the rotary dial and the buttons ahead of the automatic gearbox lever, all the main functions are easy enough to find and operate.

There are options for red, ivory and cream leather interiors, although not all are available on every trim grade and the Nismo model gets a much-changed, more focused pair of front seats. A special Recaro model has sportier seats without adding too much to the entry price.

The ride of the cheaper versions is light years ahead of where older models were. It’s firm, of course, but the short-travel suspension has much more compliance in the damping than before. In its most comfortable drive mode the GT-R is a much-improved cruiser and everyday driver.

Nissan has made almost no concessions towards practicality here. The boot is a reasonable size and will even hold a set of golf clubs comfortably, but as a saloon-type load bay it’s limited in outright usefulness.

To call the rear seats anything other than occasional-use, emergencies-only perches for short adults or teenagers would be misleading. There is little or no legroom for rear passengers, depending on how tall the driver is, and it’s quite unpleasant to be squeezed in there at all.

A feature that typical GT-R buyers will love is the multi-function display, which can be set to show cool readouts like turbo boost pressure, engine oil pressure, acceleration, cornering and braking g-force, a full spread of temperatures and, naturally, a lap timer. It’s the sort of thing that puts a big smile on the video game generation’s faces.

The new rotary control dial gives easier access to menu functions via the same main screen at the top of the centre console. Media playback options are among the functions it controls, spanning AM, FM and DAB radio, a CD player, an SD card reader, an AUX socket and two USB ports. The windscreen is acoustically tuned to help dial out unwanted road noise in conjunction with Active Noise Cancellation and there’s a Bose 11-speaker stereo.

Elsewhere you get dual-zone climate control, electric windows, sat-nav, and heated, electric seats all on the base model, as well as parking sensors at both ends, cruise control and automatic LED headlights and windscreen wipers. Also on the list is a titanium exhaust.

Softer versions of the GT-R make better road cars. The entry models are less disturbed by broken road surfaces and tend to flow more effectively with the road in exchange for the tiniest amount of body lean. The steering turns in with real bite, and while there are other supercars with more outright feel, the GT-R has come a long way in this respect.

The speed is unbelievable. Nissan’s 3.8-litre twin-turbo V6 is absolute dynamite, responding to throttle inputs with brutal efficiency. A moment’s turbo lag is followed by a cataclysmic snap of acceleration that few cars on the road can live with. Keep the revs above 3000rpm and response is truly rapid, raising the adrenaline another notch and delivering the sort of instant, crushing overtaking power that’s normally reserved for motorbikes. The howl it makes is awe-inspiring.

If anything could possibly be more astonishing than the way it delivers its power, its corner-exit traction would be it. Drive goes to all the wheels at all times, and despite having enough torque to alter the rotational speed of the planet, the purchase its wide tyres find on the road is incredible. Hitting the throttle as hard as you dare, a split-second before the corner apex to account for the turbo lag, wrenches your arms against their sockets as the sheer force pushes you into your seat. It’s an addictive and superbly well resolved all-wheel drive experience focused on maximum speed and little else.

The GT-R is equipped with huge tyres that have uncommonly large contact patches on the road, plus equally impressive brakes, both of which contribute to massive stopping power on top of its fast steering that allows rapid evasive manoeuvres if needed.

There are six airbags; two at the front, two at the front sides and two full-length curtain airbags. It has an incredibly sophisticated stability and traction control system that makes the best use of the inherent capabilities of the chassis while stopping the car short of the limits of grip, letting drivers build confidence. A tyre pressure monitoring system is standard, but there’s no active safety kit here. This generation hasn’t been through Euro NCAP testing, and probably won’t be, either.

Vibrant Red is the standard colour with a solid finish. The metallics have more of a glimmer in the sun but are expensive, at £875 each. Daytona Blue is a winner, but there’s also Storm White, Pearl Black and Gun Metallic. Two ‘special’ paints are also available: Ultimate Silver and Katsura Orange, the latter of which has become the real feature colour of the model. Unfortunately, both it and the silver are £1775 options.

The cheapest GT-R is the Pure spec, which is well equipped but limited to the standard seats and a black interior. It has everything the GT-R really needs as well as all the handy technologies like sat-nav, and arguably makes the best buy.

Moving to the more track-focused models, the Track Edition Engineered by Nismo is the first to get the lightweight six-spoke Rays alloy wheels, the rear spoiler is switched to carbon-fibre and the body is specially strengthened by Nismo for greater rigidity. The extra stiffness is slightly offset by Nismo-spec Bilstein dampers with three driver-selectable settings.

Finally, the flagship is the GT-R Nismo, the full-bore track weapon with special carbon-fibre-backed Recaro seats, more computer functions and exterior carbon-fibre trim. It’s identified by the red stripe around the base of its bodywork, its Alcantara dashboard and its red racing tab, or centre line, at the top of the steering wheel. Engine power is bumped up by 30bhp. Price? £149,995...

The GT-R looks and feels big, but aside from a slightly wider stance than a typical family car, it’s noticeably smaller than a lot of large executive cars. It’s shorter and narrower than some big MPVs, too, so it’s not likely to run out of space in town.

The GT-R is not built for fuel economy and makes no pretence on that front. Real-world fuel economy will often fall below 20mpg and can drop closer to 10mpg on a really hard drive. On a track day it will be even less if used to its fullest.

At least, under the April 2017 road tax rules, the GT-R is no more expensive to tax than a high-spec Audi A6. Servicing is a bugbear because of its frequency, but this is a finely-tuned car that does need more attention. Insurance is among the most expensive rates for sub-£100,000 sports cars.

Any car that’s as highly strung and potent as the GT-R is likely to encounter issues at some point, and that stands true at any price point. The GT-R is a very expensive car to keep on the road, and owners will need to budget for repairs not covered by any warranty. Extended warranties are available. Servicing is frequent but not particularly expensive compared to other comparably fast cars, although the infrequent gearbox oil replacement adds a lot to the bill.

A decade ago, the cheapest GT-R was a frankly ludicrously cheap £55,000. Now that has risen to £80,995, but there’s a lot more standard equipment and it’s a better car now than it was then. The base car gives you everything you need to enjoy the GT-R experience, too, so there’s an argument to suggest that buyers simply don’t need to spend any more than this.

For special Recaro seats on top of that spec, though, the Recaro grade adds a hefty-looking £2000. You suspect that buyers are paying a bit extra for Nissan to licence the brand name on top of the actual physical cost of the seats.

Prestige reverts to the standard seats but clothes them in leather, for £500 more than the Recaro model. There are four colour options for the leather, but only black is included in the price. Tan, ivory and red options add a further £1000, making models thus equipped £84,495, some £3500 costlier than the Pure model. It looks like poor value.

There is then a big jump up to Track Edition Engineered by Nismo, at £92,995 for its extra track focus, lightweight alloys and Bilstein dampers, before the biggest leap of all to the Nismo. At £149,995 it’s more expensive than a Porsche 911 Turbo S, which is asking a lot, but it really is spectacular on larger race tracks.