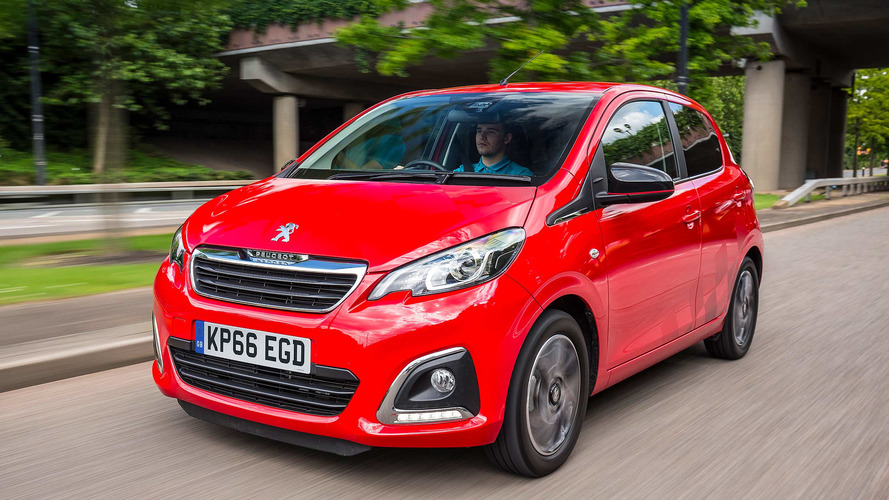 Missing a little something on the inside.

The 108 is Peugeot’s smallest model, a city car launched as recently as 2014 with hatchback and semi-convertible body styles, characterful little engines and lots of colour. It’s designed for the town centre and the people who live there, who are looking for a small, efficient car that’s easy to park and cheap to run. The 108 ticks those boxes and adds a healthy serving of style on top.

Did you know? The Roland Garros special edition badge has previously appeared on leather-upholstered Peugeot 205 and 206.

The 108 is a fantastic small car with just one obvious failing versus some of its competitors. It’s easy to drive, a cinch to park and can hit the high numbers when it comes to efficiency. Its three-cylinder engine is even quite tuneful. But while so much rests in its favour, the interior is a let-down. The plastics look and feel cheap, the layout looks too basic and the sense of quality on offer elsewhere is absent. For the asking prices, the 108 needs to raise its cabin game.

The 108 looks a bit like a cute cartoon wasp at the front. There’s something simultaneously adorable and insectoid about it. Perhaps the angled headlights and fog lights look like eyes, or maybe it’s the central body-coloured bar across the middle, separating the grilles. Either way, this is a cheeky and distinctive car.

Like all city cars, there’s a stubbiness to its proportions, a short bonnet and dinky wheels at each corner giving it a toy-like shape and stance. If a giant hand descended from the sky and pushed it along with a distant gleeful shout of “wheeeee”, it wouldn’t seem out of place.

The 108 is built in three-door, five-door and canvas-roofed ‘Top’ body styles, with varying degrees of styling already applied, but there are loads of customisation options not just for paint colour, but for interior trim inserts, mirror housing colour, graphics and more. There are two-tone paint options, for one thing, that come with their own personalisation theme. Most of these extras are reasonably priced to tempt buyers to splash out. Top models have a switch to fold the canvas panel back to reveal the open sky above.

The interior is a general disappointment, or at least the parts the occupants have to look at are. Great swathes of cheap-looking and thin-feeling plastic cover the greater part of the dashboard and doors, and the basic air movement and temperature controls both look and feel like they have been transplanted from a car of 20 years ago. Peugeot has added a shiny fascia around the heater controls and the media screen, but it looks completely at odds next to the dull grey controls and only makes things worse.

Speaking of the screen, it’s a lovely sharp unit with some of the freshest, most colourful graphics installed on any car in this sector. Standard on all but the cheapest trim grade, it takes common functionality and adds real flair and character, effectively lifting the whole interior ambiance.

The seats are predictably basic, flat affairs without much contouring to speak of. That means that while they are fun to the eye and fine for short journeys, travel much further than 80 miles in one go and you need to stop for a leg- and back-stretch.

The ride is really good for a car of this size with such small wheels. Well-cushioned damping is among the best in the class, giving it a capable, mature feel that doesn’t preclude its small, zesty personality.

Cars built for the city simply don’t have the space to be considered truly practical cars, but even for a city car the 108 suffers. It isn’t quite so cleverly packaged as the Skoda Citigo, for example, so its boot is over 70 litres smaller with the optional spare wheel and still 55 litres smaller when it’s not - and that’s easily a big enough difference to notice.

It’s a practical car for its main job, with its compact dimensions and comparatively long wheelbase making it a doddle to slot into roadside spaces. Since it’s narrow, too, it’s at home in any car park you care to visit.

The two rear seats fold down independently on most models and the parcel shelf comes out to allow much bigger loads to be stored. The 108’s full, rounded shape comes into its own at that point.

Access models are poorly-specced for technology, but at least they do have remote central locking and a USB port. It’s not a car that fulfils the necessary brief for its target audience, missing out on so much important and desirable tech. Step up a grade to Active and the spec sheet is brightened with air-con, the colourful media interface, Bluetooth and audio controls on the steering wheel. A rev counter is still optional, annoyingly. Extra technology is the biggest difference between Access and Active.

Among the higher models are keyless entry and start, a reversing camera, automatic headlights, electric mirrors and satellite navigation. High trim grades are pretty well kitted out, but they are expensive for it. All models hang on to the USB port for charging a smartphone, and Bluetooth is a very welcome function in a class where it’s not as widespread as it should be, given that these cars are popular with young, smartphone-addicted drivers.

Peugeot itself wouldn’t claim that the 108 was built for speed so it would be unfair to judge it harshly for not being as fast as a 308 GTI. It’s nicely nippy around town, though, with three-cylinder engines blessed with plenty of torque and a chassis that doesn’t weigh very much. It flies off the line like a scalded cat, romping on through second gear until it starts to run out of breath by 50mph or so. Tall, efficiency-minded gearing means surprisingly high maximum speeds in each gear, and the 1.2-litre 82hp engine likes to get there in a relative hurry.

It’s most at home in urban surroundings, where it’s as quick to 30mph as almost anything else from the mainstream. At these lower speeds it’s easier to hear the off-beat thrum of the engine, too, which adds a characterful soundtrack to the city streets.

With so little weight and wheels pushed out to the corners, the 108 darts around corners with real energy. It rolls around, naturally, but it grips quite well and gives a decent imitation of feedback as to what the chassis is up to. Such small wheels and a short wheelbase means that on bumpy corners it bobs around like a cork on water, but the same could go for any city car.

Few city cars have much in the way of safety kit over and above the legal requirements and standards like six airbags, ISOFIX mounts on the rear seats, stability control and anti-lock brakes, and the 108 is just the same at the base level. Mid-range models get a speed limiter, but only Allure and GT Line models have a reversing camera and it’s just the GT Line and Roland Garros Top editions that get Active City Brake and Lane Departure Warning as standard.

Those two active safety systems come as a bundle that’s an option on Allure models but is unavailable on the rest. All models do at least get hill-hold assist, undone seatbelt warnings on the front seats and a tyre pressure monitoring system.

Where to begin? There is a fairly unspectacular range of eight colours to start with, but then there are myriad customisation options inside and out. Laser Red is the flat standard paint, while the other solid, Diamond White, is standard only on the Roland Garros Top; it’s a cost option everywhere else.

There are two ranges, named with structures that should be familiar to anyone who owns a recent Peugeot. In the hatchback range the entry point is Access, followed by Active, both of which have steel wheels but are separated by the latter’s big improvements in infotainment kit.

Allure adds alloy wheels, electric luxuries like automatic headlights and more upmarket seat upholstery. The top of the hatchback range is GT Line, with a few aesthetic add-ons and sat-nav to mark it out from the crowd.

The Top range is slightly different. As a more definitively style-focused variant it doesn’t come in the basic Access trim, starting with Active and moving up to Allure, but instead of GT Line the highest model is Roland Garros, which has all the kit thrown at it including sat-nav, with orange details dotted around.

A special edition currently added to the line-up is Collection, which crops up in both sub-ranges. It’s loosely equivalent to Allure spec, but with a stylish combination of add-ons already mapped out. It’s offered in red or yellow, with a matching dashboard trim insert.

As one of the smallest five-door cars on the road the 108 will never prove too big for comfort, or feel intimidating in any way. Out of its rivals, only the platform-sharing Renault Twingo and Smart ForFour are noticeably more manoeuvrable and easier to park. As the rear window is almost right at the back of the car, the 108 is easy to place when reversing towards hidden bollards.

The efficiency star among the 108 family is the 1.0-litre 68hp engine, which, when driven with care on a longer route, can top 70mpg. Around town it’s easy to stay above 50mpg, and even with a total disregard for fuel economy around town it’s almost impossible to get the figures below 40mpg if the traffic is free-flowing, unless you’re doing it deliberately.

Insurance isn’t quite as cheap as for other city cars, starting at group 6E where rivals start from as low as group one. The GT Line and Roland Garros, which only use the more powerful engine, are all the way up at group 12E.

Servicing and parts are cheap, though, with brake discs from independent garages costing as little as £30 each, for example. There are few cheaper cars to own.

There isn’t much to go wrong in the 108, so it’s one of Peugeot’s most reliable cars. Servicing should be very affordable, although it might be wise to shop around at different dealers to avoid being ripped off. Remember that Citroen dealers can service the car, too, as the C1 is mechanically identical. The PureTech 82 engine has a longer, 16,000-mile service interval, which is better than those of the key rivals.

The lack of materials quality throughout the interior, plus the fact that the PureTech 82 engine is a mass-produced unit that sees service in loads of Peugeot, Citroen and DS cars, makes it a little hard to believe that the pricing is justified. Yes, it’s characterful and yes, it drives very well, but so do the Volkswagen Up and Hyundai i10.

A starting price of £8715 is competitive, but that’s not the model people really want. Active hatchback models are about the same price as a top-spec Skoda Citigo, and the three-door Allure, at £11,805, is over £1000 more expensive than a better-equipped Citigo SE L. The £13,205 GT Line brings that difference closer to £2500, which is inexcusable. Five-door cars add a further £400. 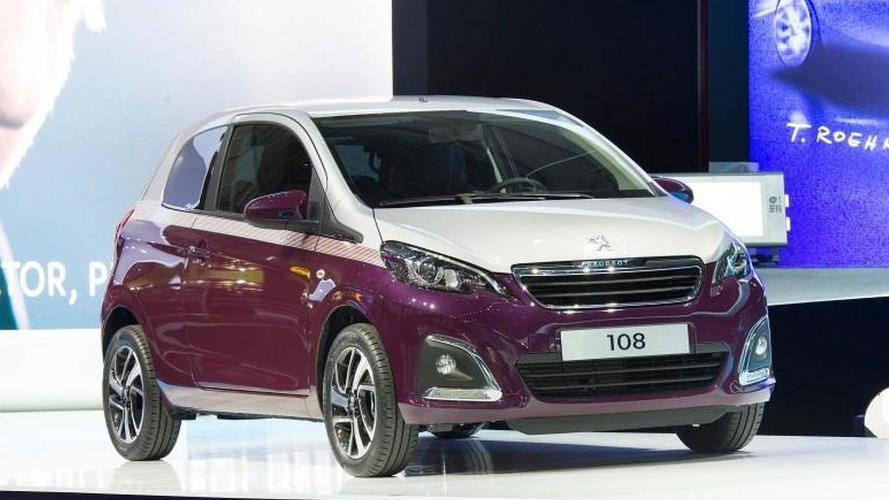