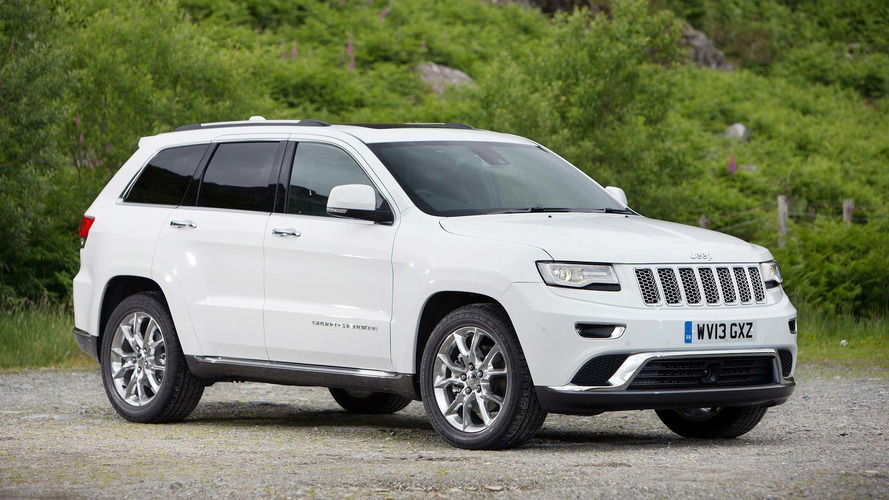 The Jeep Grand Cherokee is an imposing car with real off-road heritage and ability, but others offer a more practical and classier interior, and better on-road manners

The Jeep Grand Cherokee is famously marketed as the most awarded SUV ever, but that’s less about its suitability for British roads and has more to do with it being a very long-standing model in a country where a lot of awards are dished out. Sure, it’s big, roomy and comfortable, but there are plenty of rivals that deliver far superior practicality, interior quality, performance and on-road manners.

Did you know? The Grand Cherokee is the only SUV on sale in the UK to provide five heated seats as standard.

The Grand Cherokee is the sort of car you would expect to have seven seats, but it doesn’t. So it's immediately on the back foot next to rivals like the Volvo XC90, Audi Q7 and BMW X5. It's also hampered by the fact that there is only one engine to choose from - a comparably thirsty V6 diesel. Sure, the Jeep uses its huge cabin to provide masses of space for five, and it’s equipment list is admirable, but there are interior quality, practicality, and efficiency issues that should have been sorted out. A likeable car it may be, but it's not up to scratch in this highly competitive class.

There is something rather appealing about the Grand Cherokee’s blocky looks. It’s clearly American but not too much so, and the key design features all seem to work well together. The headlights, seven-slot grille and lower bumper, which almost apes an A-bar look, disguise the bonnet’s considerable height from the ground and help to shrink the overall sense of size.

All models come with 20-inch alloy wheels, which really help stop the cheaper models looking cheap. Also, the squared-off arches above them blend well with the straight door crease at knee height and the equally linear window line. It’s among the simplest designs of all SUVs, but is one of the best-executed.

Compare it to a Hollywood American army sergeant. It’s clean-cut, tightly muscular and obviously brawny, without showing off about it.

Leather upholstery of some kind is par for the course on SUVs of this price, and while the cheapest Limited Plus model makes do with a lower grade of material than those above it, this still adds to the interior ambience.

Jeep cabins have been becoming more European in design and function for a few years. The recent addition of a better screen from the ‘Uconnect’ family has helped modernise things, and unlike some of Jeep’s cheaper cars, details like the door handles, door-lock buttons and speakers are trimmed properly, rather than being forgotten and left to their own devices. Even so, the Grand Cherokee is a long way off the perceived interior quality of the Audi Q7.

The seats are broad and clearly biased towards straight-line comfort, lacking any meaningful side bolster support. Sitting in them is no chore, and there’s plenty of adjustment in the driving position, for example, but they aren’t meant for corners. The driver’s seat is eight-way electrically adjustable with six-way adjustment for the passenger even on entry-level cars.

As befits an American car, the interior is huge. Not having to worry about adding a third row of seats means that neither passenger legroom nor boot capacity have been sacrificed. The boot floor features four silver runners that help reduce friction when sliding luggage in and out, and there are a number of bag hooks at the sides. For charging devices or for powering a portable coolbox, there’s a 12-volt socket.

The rear seats split 60:40 and fold almost flat independently, but there’s no remote release lever like in some cars, and it's a shame that the rear seats don't slide or split in a 40/20/40 fashion as the more versatile rivals do. The one real problem with the Grand Cherokee’s impressive on-paper practicality is that the boot materials are easy to damage. The silver runners quickly get scratched by hard suitcases and the carpets are no more wear- or stain-resistant than average. A liner is essential for outdoorsy types, but be aware that makeshift ones can cover the boot-mounted subwoofer.

The 'Uconnect' 8.4-inch touchscreen interface has navigation as standard across the range, voice control, Bluetooth and DAB radio. As part of the same connectivity box ahead of the gearstick, there are Aux and USB ports, an SD card slot and a 12-volt charging socket. There’s also a CD player hidden in the centre armrest.

The screen responds quickly and is quite easy to use, although the latest systems in the Audi Q7 and BMW X5 have finer graphics and an even broader array of functions. Plus, you can get items such as head-up display, which is not offered on the Jeep.

The V6 has good all-round performance and never feels overwhelmed, even with passengers on board and despite the car's fairly shocking 2.4-tonne weight. However, it gets noisy under load and doesn’t fade into the background quite as much as you’d like on the motorway, and the automatic gearbox is fairly lazy (if smooth shifting) compared to the slicker 'boxes found in the obvious rivals.

Handling isn’t brilliant, as per usual for a car weighing this much. The steering weight doesn’t match the body’s inertia around bends and it’s tough to build the confidence to really push the Jeep in the way smaller, lighter cars are happier with, or even other more deft SUVs - which include the Audi Q7 and BMW X5.

The Jeep is a comfortable car, at least. Even on standard suspension it soaks up the worst of the road's surface, while adding the air suspension makes it even more roly-poly, so we'd say the standard springs are the better bet.

Jeep has covered the basics off well. LED daytime running lights give the car a more visible front impression, as if it needed it. Then there’s the standard auto-dimming rear-view mirror and handy rear-view camera that overcomes the obvious and significant shortfalls in rearward visibility. Parking sensors at both ends mean that mishaps in car parks should be unlikely.

Interestingly, the Grand Cherokee runs on special three-season tyres, made from a compound better suited to chilly spring and autumn days than outright summer tyres are. Combined with four-wheel drive, owners should find it hard to run out of traction, even when pulling away hard from slippery junctions.

The top-spec trim grade comes with a few useful active safety features. As well as cornering headlights that illuminate further around the turn than normal ones do, there is adaptive cruise control that adjusts the car’s speed to match the vehicle in front, maintaining a safe distance. There’s also Forward Collision Warning, which does what it says, as well as helping you stop that vital split-second sooner if you do hit the brakes. Finally, the range-topper also monitors the car’s blind spots and warns the driver not to change lanes if it’s unsafe.

However, you don't get a driver's knee airbag, and in this class you'd expect all those driver aids reserved for the top-spec model to be standard on the whole range - as is the case with most rivals.

It’s a very traditional colour palette for the Grand Cherokee, but there’s not a single shade that it doesn’t look good in. Limited Plus and Overland models have seven choices, from Bright White and Brilliant Black to Granite Crystal grey and Maximum Steel grey, which is a bluer shade.

True Blue and Velvet Red are the proper colour options and there’s also Billet Silver, which is perhaps the least effective choice of them all. Ivory White is a special tri-coat paint restricted to the Summit model, but for £2,000 it looks like the wrong move. This model doesn’t come in True Blue, Billet Silver or Maximum Steel, while the SRT gains Redline.

The mid-range Overland is marked out by a panoramic sunroof and air suspension, with a leather-trimmed instrument binnacle, while the appropriately-named Summit has polished wheels, a powerful Harman Kardon stereo and the most luxurious kind of leather for the seats. Night Eagle gets smoked rear lights, heavily tinted glass and black alloys among a few other styling highlights for the full rapper-spec styling, while Trailhawk is an off-road spec trim complete with a more heavy-duty four-wheel drive system to other Grand Cherokee models.

The Grand Cherokee is clearly a big car and there will be some issues with its size at some point. It will be too big for a lot of garage entrances and it might be tight for some urban car park height restrictions. It’s nowhere near as tall as the Land Rover Discovery, though, so it doesn’t need a lowering device.

Running a Grand Cherokee is going to take a degree of commitment, because a car this heavy with a powerful V6 diesel will never be cheap to keep on the road. An estimated average of 40mpg is optimistic, and low-30s is more like it. Servicing is no more expensive than for a similar car from Audi, and insurance will also be comparable. Fuel economy is the main area where rivals do better, not to mention depreciation; the Jeep will lose value very quickly compared to a Land Rover Discovery or Volvo XC90, for instance.

A car like this is also going to cost a lot in terms of consumables. The Jeep’s 20-inch tyres are very pricey, as are its brakes. Long-term maintenance could also break the bank if it starts to develop faults outside of the warranty period.

Jeep still isn’t doing well for reliability, with the latest surveys rating the company comfortably in the bottom-half of the manufacturers’ table. The Grand Cherokee, though, is loved so much for its overall ownership experience that it recorded an incredible ninth place overall in the 2016 JD Power survey, making it one of the best-performing SUVs.

However, while the diesels have a standard service interval of 12,500 miles, the V8 SRT’s is just 6,000 miles, and servicing for that model is very expensive.

The cheapest Grand Cherokee is actually more expensive than the cheapest Audi Q7, but the Audi can’t match the Jeep for standard kit. For the level of luxury a buyer is getting, the Grand Cherokee doesn’t seem like bad value.

However, when you look past the on-paper comparisons and sit inside the car, there are inevitable question marks over various areas of material quality that shouldn’t even be under consideration on a £47,000 car. Well equipped it may be, but the Jeep is an expensive car by any standard, and company car buyers are unlikely to consider it given that high emissions make it more expensive than newer, better rivals.

Finance is a slightly different story, though. Jeep knows that this car needs incentivising in such a competitive market, so - as we write - you can get an £8500 deposit contribution on a Grand Cherokee and pay zero interest. You'll still be looking at well over £400 per month, though, even on a three year contract with a healthy deposit. 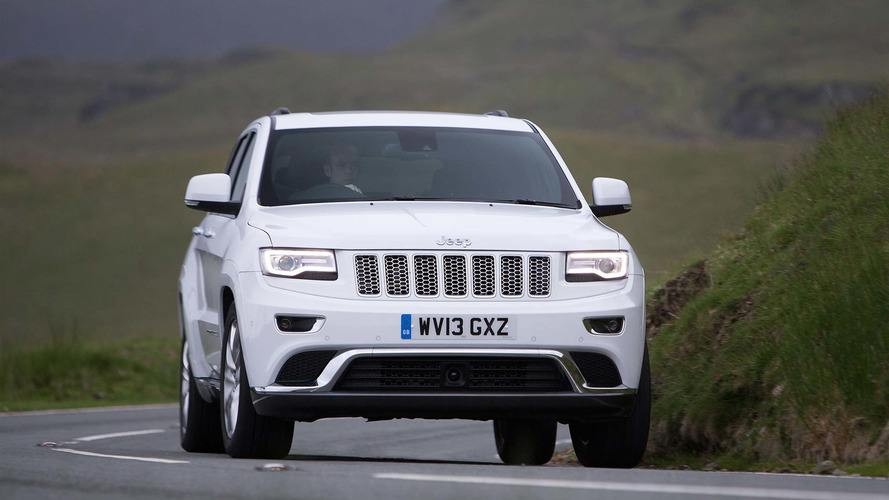