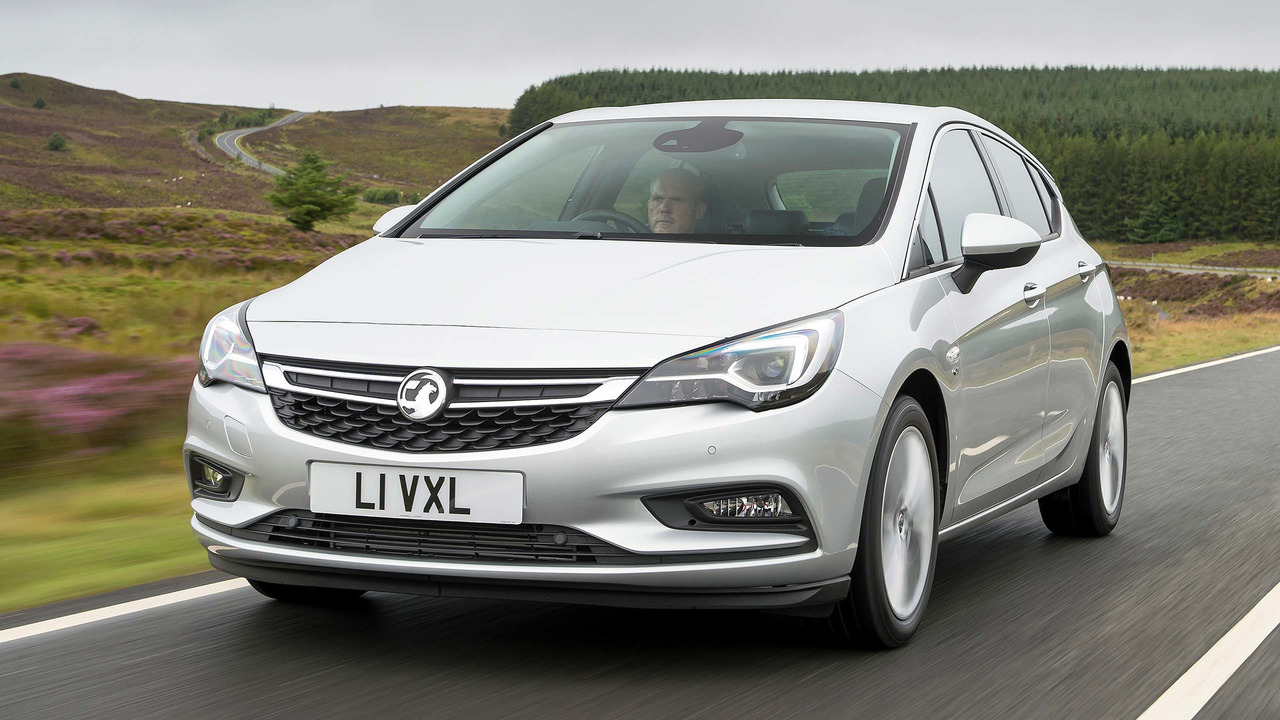 Trying to maintain a hatchback ethos in a world of SUVs.

The Vauxhall Astra is a familiar family five-door that often seems to fly under the radar by virtue of its rather ordinary size, purpose, price and positioning in the market. It is a traditional compact hatchback with space for five, that sits between the Corsa and the Insignia in Vauxhall’s range. With this version, Vauxhall has introduced a new spectrum of advanced technologies to raise the Astra’s appeal in a tough period for ordinary hatchbacks threatened by the rise of the crossover SUV.

Did you know? The first two Astra generations were simply rebadged versions of the Opel Kadett, while in the 2000s there was a Belgian-built Astra for the US

Hatchbacks the size and shape of the Astra were at one time, even in recent memory, a central pillar of the car market. It’s easy to see why, thanks to this car’s balance of space, dimensions and driver-friendliness. Many people have jumped ship to compact SUVs and crossovers, though, which offer a higher driving position and aren’t necessarily all that much more expensive. The Astra is a good everyday car and has no major flaws, but it does lack desirability in this new age.

This Astra has been nipped and tucked, and is actually slightly smaller than its predecessor. It has shed weight, too, all cleverly without losing space inside the passenger area. It’s a desperately bland-looking design, though. It’s not that it lacks detail or shape, it’s just that the details and the shapes don’t really do a lot as a whole. If bank robbers drove away in one of these, you’d struggle to recall anything about it.

A nice touch is the blacked-out C-pillar panel that separates the rear wing from the steeply-sloping roof line. Bigger wheels are essential to balance out the proportions overall, but the Astra is ultimately a forgettable car to look at.

The interior tells a better tale than the bodywork, with a simple dashboard and centre console accented by a complimentary plastic full-width trim insert. A matching trim panel drops down the centre console. The entry-level seat upholstery is classy, with modest side bolsters on the base and back. Eight-way adjustable ‘Comfort’ seats certainly live up to their name, with height adjustment among the variables.

There’s no armrest in entry-level Design models and the steering wheel feels cheap, and low-rent trim is a theme that crops up elsewhere around the front occupants. At the lower trim levels, in particular, it can present a curious mix of attractive trim accents and basic blocks of cheap-looking plastics.

Ride quality is very good, though, soaking up the worst bumps and dampening potholes well. The smaller the wheels, the better it does it. Many people assume that SUVs will be softer and more comfortable, but more often than not that proves untrue. The Astra is a prime example.

This class of car was and is so successful because it does such a lot of things well. From weekend family holidays with a roof box to slotting into spaces at the office car park, the Astra strikes a brilliant compromise.

In terms of outright boot space its 370-litre load bay pales in comparison to the 580 litres you get in a Skoda Octavia, but it’s close enough to the 380-litre Volkswagen Golf and SEAT Leon. It also beats the Ford Focus for boot space by quite a margin.

As standard, the car comes with a tyre inflation kit rather than any kind of spare wheel, which lowers the boot floor but means the folded seatbacks don’t meet the level of the boot floor. It’s only a problem for large boxes and the like, but each buyer will need to make a call on whether getting the maximum seats-up room is more important than better all-round practicality.

Vauxhall has stepped up its game enormously in the technology stakes. All Astras have some kind of touchscreen infotainment centrepiece at least seven inches across, with the better unit on certain trim levels measuring eight inches. The basic one covers almost all the bases, though, with DAB radio alongside traditional AM and FM reception. Bluetooth can be used to hook a smartphone up for voice calls and/or music playback. There is also a USB port and compatibility with Android Auto and Apple CarPlay.

To let drivers keep their hands on the wheel, there are audio controls mounted on the arms of the wheel itself, covering media playback and hands-free phone call functions like volume, call accept and decline, hold and hanging up.

Air conditioning is standard on the lowest model, whereas pricier ones get climate control. Cruise control is also standard. Further up the range come an electric parking brake, heated seats, automatic windscreen wipers and Vauxhall’s OnStar setup, that can quickly connect you to a trained operator in the event of a breakdown, crash or just a question about your car. It contains a WiFi hotspot and a tracker that links to a smartphone app, which is a class-leading piece of anti-theft tech. It’s very comprehensive, although we do wonder how many Brits will find using it (and chatting to an operator) second nature.

The difference between the least and most powerful engines is stark. A 1.4-litre 100hp petrol shared with the Corsa and Adam is all but useless outside of city streets. The 105hp turbocharged 1.0-litre three-cylinder is much better for this car, with ample torque to get its mass moving. Then there’s a 1.4-litre turbo that trades efficiency for extra performance and starts to really do the Astra justice. There’s a 150hp version of the same 1.4, which is eager and strong, and a 200hp 1.6-litre turbo with a hot hatch-esque power output.

The 1.6-litre diesels are heavier, affecting the Astra’s handling slightly, but they are good units. With single-turbo versions of 110hp and 136hp the efficiency angle is taken care of. The latter also musters very good everyday performance on all kinds of roads. For the maximum acceleration there’s a biturbo diesel with 160hp. It’s under-stressed so can still offer lots of low-down torque compared to even-higher-powered single-turbo equivalents from rivals.

Thanks to light, accurate steering and the Astra’s overall weight loss, there is an agility to the chassis that was previously reserved for Ford, plus one or two others. There’s real suppleness to it, flowing with faster roads and holding on to its composure much more convincingly than it used to. Those used to the old Astra will find it a real surprise.

After a crash, the OnStar system can automatically alert an operator, who can pass your location details on to the emergency services. It’s a potentially life-saving feature for which you have to trade your right to privacy of movement - Vauxhall knows where you are, where you’ve been and the manner of your driving at all times.

The safety highlights are more or less the same across all models. Six airbags protect passengers, there are ISOFIX child seat mounting points on the outer rear seats and the usual suite of electronics, to include stability control, traction control, a tyre pressure monitoring system and seatbelt pretensioners. There’s also a speed limiter.

It’s a pity that autonomous city braking is only an option on most trim lines: it would have been better for safety if Vauxhall had included it as standard.

Solid Royal Blue is the free colour choice, but it does the car’s design no favours. For £285 Vauxhall offers flat Lava Red and Summit White, or for £555 you can have one of a series of muted metallics. Unfortunately they are all terribly dull colours, leaving Lava Red and the solitary pearlescent shade, Emerald Green, as by far the best colours to order the Astra in. Silver isn’t too bad, but whites and greys just make it look like a utilitarian, unloved company car.

Vauxhall likes to have core models and then design extra, more targeted trim levels based on them. For example, Design trim is the entry point, but Tech Line simply takes Design and adds the better sat-nav unit and an upgraded steering wheel.

Energy is a good all-rounder, with the Winter Pack as standard giving heated front seats and a heated steering wheel. It has the same screen and interface as the Design model. Above it there are four SRi-based grades; SRi, SRi Nav and then VX-Line versions of both. SRi is already the slightly sportier model, but its body kits and big wheels have been toned down in recent years, leaving room for the additional VX-Line aesthetic upgrades.

At the top of the range are Elite and Elite Nav, but it’s disappointing that navigation isn’t standardised further down the range, given the asking prices. That’s perhaps a sacrifice made in the name of securing the OnStar system instead.

Being entirely average in its dimensions, the Astra is a perfect fit for everyday driving. It never feels too big for the road, nor too big for the garage. Multi-storey car parks are dealt with without any fuss and you shouldn’t find any problems at the drive-through, either. Over two metres is reasonably wide when you include its mirrors, but the body itself is on the slim side for the class.

Forget the cheapest 1.4 petrol, because it needs to be worked too hard and fuel economy suffers badly. The 1.0 turbo is the first adequate engine, with enough hustle for urban driving and good fuel economy if you take it easy. Some 62.8mpg is the official figure, but aiming for a maximum average of 52mpg is more like it.

The best for running costs on the diesel side, where all engines are 1.6 litres in capacity, is the CDTi ecoFLEX, which has longer gearing and special features designed specifically to lower its consumption and emissions. The official figure for fuel economy is 83.1mpg, but most drivers will be looking at an overall balance in the 60s if they’re dedicated.

Vauxhall traditionally doesn’t do well for reliability or ownership satisfaction, and this Astra was 10th from bottom of the 150 cars listed in the 2016 Driver Power survey. It’s an improvement, seeing as the previous car was second to last, but clearly work needs to be done.

The Astra’s list prices seem strangely expensive, treading into territory where its rivals have to include SUVs as well as traditional hatchbacks. In fact, there are compact SUVs like the Suzuki Vitara that have equal or greater space and equipment, with the higher driving position that many people prefer, for less money. Dealer discounts and nearly-new models with low mileage are usually available, though.

Opening at £16,375 for a disappointing version that buyers should avoid, the range has its best value for money at around the £19,000 mark, but upgrading to diesel and choosing more gadgets can immediately see that rise above £21,000. With a few optional extras from the list and a list price topping £22,000, a decent Astra looks expensive but is still cheaper than a like-for-like Volkswagen Golf, even before discounts. 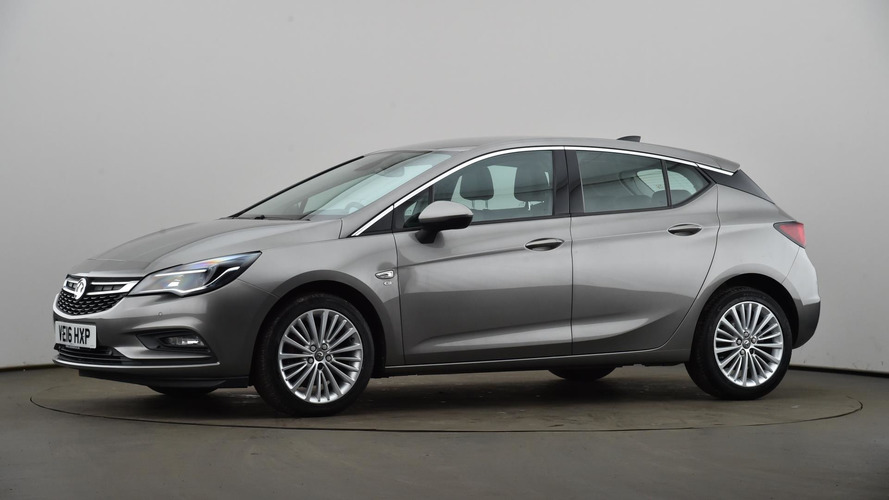