Maturing into a junior saloon.

Over the years, cars tend to creep up in size, and the Audi A3 has done just that. A hatchback doesn’t necessarily have the right level of appeal for business customers, though, and with the A4 and A5 becoming ever more expensive, an A3 saloon is a great fit in the junior executive car segment. It’s longer and has more rear legroom than the hatchback, plus it cuts quite a dash as a saloon – despite sharing most of its parts with other A3s.

Did you know? The current A3 saloon is just a couple of centimetres shorter than the first A4 saloon, launched in 1995.

It’s easy to see why the A3 saloon has such appeal. It’s the smallest ‘true’ Audi, with a sense of quality that the A1 can only dream of, and a shape that speaks more of a premium life than the naturally less upmarket A3 Sportback, despite their similarity under the skin. The A3 saloon looks and feels like a genuinely premium product, with an improved ride and an emphasis on technology, not to mention the extra seats-up luggage space in the boot. As a brand built on saloons, Audi could easily present this as the A3 in its natural form. 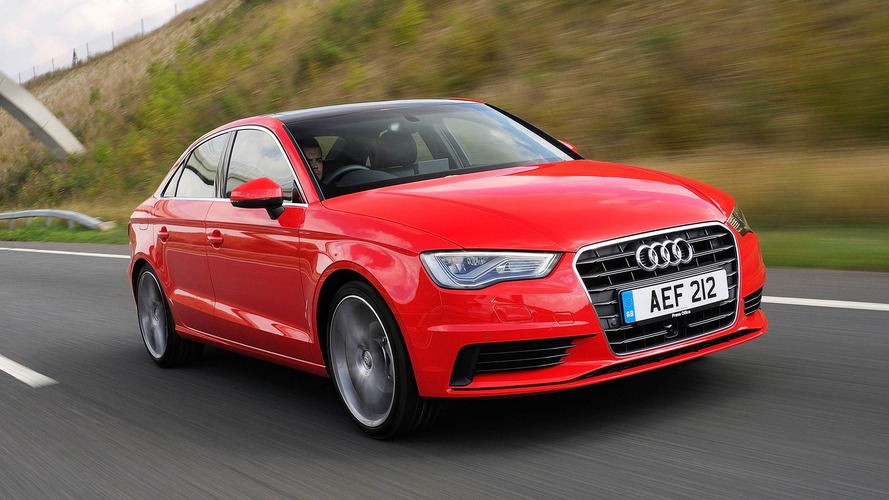 It doesn’t get any more traditional than the three-box saloon. It’s what most little kids would draw if they were asked to sketch a car, and the time when there was almost nothing but three-box saloons on the road is still within living memory. But despite its longevity, the saloon shape looks just about perfect on the A3. Its compact proportions are ideal, with the muscular curvaceousness of its shoulders and wheelarches giving the shape real poise and elegance.

Although the saloon shape, so typically Audi, is technically new to the A3, the marque’s reluctance to change much in the way of styling for this A3 generation did draw criticism from media and public alike when it was revealed. However, Audi’s focus groups had showed that its existing customers loved the A3’s looks so much that they simply didn’t dare to change them.

The saloon is the most unmistakably ‘Audi’ shape in the A3 range, and undeniably the most expensive-looking. The fact that it has access to such a loyal fanbase from day one makes it something like a Genesis-era Phil Collins, suddenly stepping forward to take the plaudits. 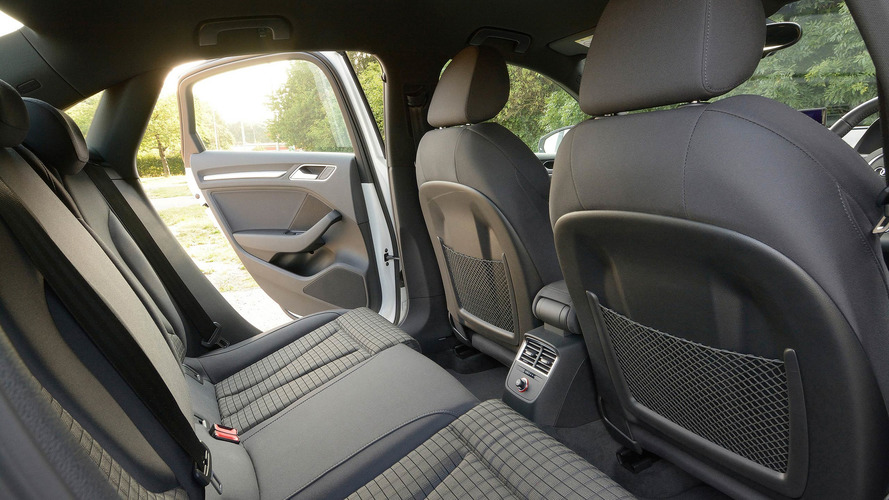 Interestingly, Audi doesn’t offer the A3 saloon in the lower trim levels of the three-door hatchback and five-door Sportback. The range starts from Sport, which means the interior quality is top-drawer right from the get-go. The circular air vents, the centres of which also control the heated seats and air movement, can be a real fiddle to use until you’re very used to them. Still, it’s nice to see some alternative thinking to clear the centre console of excess buttons and raise the gear lever slightly for a better driving position.

S Line and Black Edition cars really feel a cut above the already-impressive Sport, thanks to standard leather-trimmed sports seats. And choosing these specs makes the most of the saloon’s professional, business-like and downright stylish look and feel.

Also worth mentioning is this generation of A3’s much-improved ride quality. Where older versions would thump awkwardly over far too many bumps, even on smaller wheels, this model has much better suspension spring rates and damping, moving its overall ride quality into a different league. It’s worth keeping the wheel sizes under control, though, as the largest styles do undo some of Audi’s hard work.

Compared with the longer-serving five-door A3 Sportback, the saloon gains wheelbase and boot length, so it has more legroom for rear passengers and a longer load area. Depending on whether it’s a four-wheel-drive Quattro model or not, boot space varies from 390 to 425 litres, making it larger than the hatchback equivalent – albeit without the benefits of a large tailgate.

Lacking the tailgate means that overall space and practicality is limited. The rear seats don’t fold totally flat, but the boot lip is low. Total available space rises to 845-880 litres, which is a long way short of the hatchback standard, so families and anyone who might occasionally need to carry furniture or household appliances should look at the Sportback instead.

A slight gripe comes with the placement of the central cupholders in the cabin. Being ahead of the gear stick, when the lever is in first, third or fifth gears it can be awkward to retrieve your drink. That said, at least tall take-away cups seem to fit without fouling the centre console. 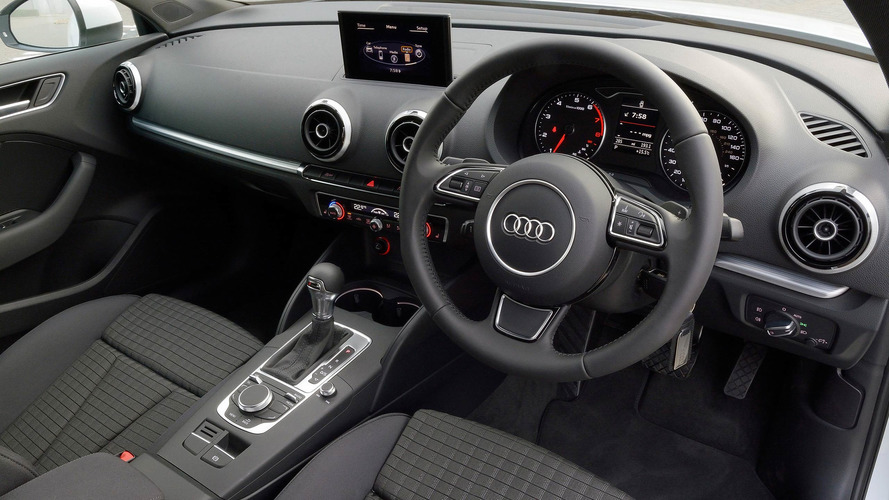 One reason the A3 remains so popular is that its technology balances forward-thinking with familiarity and ease of use, and the saloon is popular with business users for the same reason. A digital dashboard in lieu of traditional dials is a complex optional extra that brings many modes and a busy overall readout, but it mirrors functionality found in much more expensive Audis when installed.

Satellite navigation is standard, which is good to see and will help tempt buyers into paying the A3’s premium price. Audi’s usual MMI rotary dial interface is a joy to use and as intuitive as they come. Bluetooth, DAB radio and, unusually, two SD card slots are among the stereo input options, and it also maintains a CD drive, which is good news for people who avoid MP3s in search of the best audio quality. There’s system-wide voice control, too, albeit with a limited number of commands. 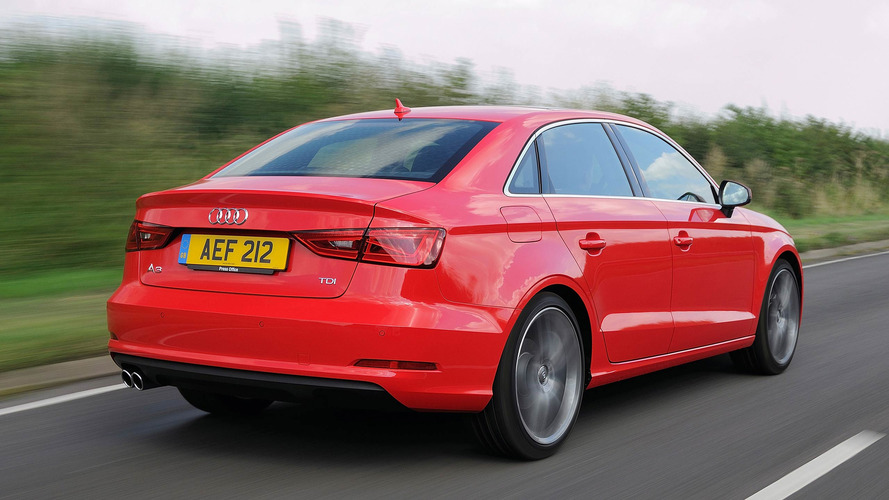 If there was a technically correct formula for designing engines, Audi would be the firm responsible for it. Its engines aren’t always the sharpest or most involving, but they do an impeccable job on the road, balancing efficiency with outstanding driver-friendliness and refinement.

That’s definitely the case here, where Audi soundproofing pushes refinement beyond the reaches of what cheaper hatchbacks can achieve. Turbocharging is now universal across both the petrol and diesel ranges, with the most entertaining of the lot being the 1.4-litre petrol with cylinder deactivation technology – shutting off two cylinders when only a small amount of power is needed. All the engines deliver plenty of torque, making each one feel strong and willing, but the 1.0-litre TFSI petrol quickly reaches its limits out of town.

Despite being very stable and blessed with huge grip, the A3 doesn’t really have any dynamic character to speak of. It doesn’t reward a driver for pushing harder, and the steering, although accurate, lacks a sense of connection to the road. The latest suspension updates have improved the handling, though, with supple spring rates and more forgiving damping giving more confidence through bends.

The S3 is the one to buy for driver excitement. The four-cylinder, 310hp monster is four-wheel drive as standard, but the artificially-enhanced enhanced engine noise belies a phenomenally capable and all-round enjoyable car that just lacks a little authenticity and flair to its character. 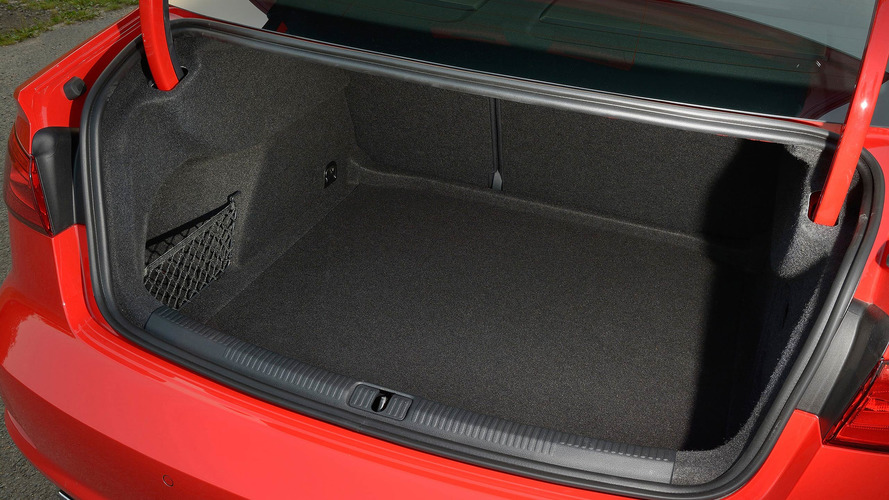 The A3 saloon suffers the same frustrations as the hatchback models on the safety front. While it’s impossible to fault a five-star Euro NCAP crash safety rating, most of the advanced and active safety equipment that can be specified is optional. It’s good to see automatic lights and wipers standard across the range, along with cruise control and a suite of stability and braking aids, but that’s old news for premium car.

It’s also good to see a knee airbag for the driver on top of the usual six throughout the cabin. S Line cars and upwards get LED headlights for better forward visibility. Pre-collision warning, lane-keeping assist, blind-spot warning, hill-hold assist, automated parking and much more are all optional – and in many cases, costly. Adding them can start to make the A3 look expensive, even for the class. 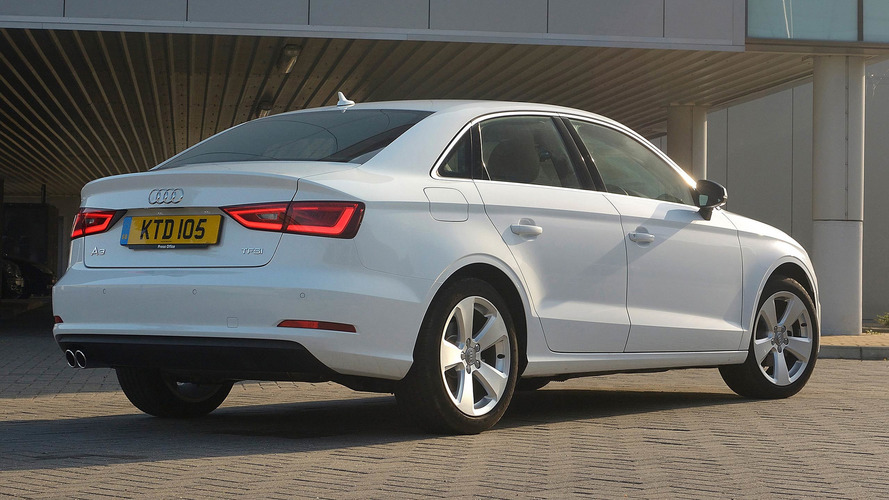 There are two ‘crystal effect’ paints called Ara Blue and Panther Black, with a special surface finish that thrives on direct sunlight. All the colours bar Beluga Brown are flattering enough, but for those who dare, Vegas Yellow looks fantastic on the A3 saloon.

Sport kicks the range off with a very high standard of equipment and technology, spanning xenon headlights, switchable driving modes, dual-zone climate control and satellite navigation. DAB radio and cruise control are other highlights, while the Sport seats are cloth-trimmed.

S Line is Audi’s traditional flagship trim grade and and uses a unique 18in wheel design under lowered sports suspension. Sport seats are standard in leather this time, along with a flat-bottomed steering wheel. The interior trim inserts become brushed aluminium for a classier effect, among many other quality touches.

Black Edition adds unique 18in alloy wheels, the same size as those on the S Line but a more aggressive style. Key to its identity is the Black styling pack, covering the radiator grille, window trims and rear diffuser insert in the bumper. It also gets the upgraded Audi Sound System.

The A3 may almost be as large as the very first A4 was, but it’s still only a small thing. It’s notably shorter than the Mercedes CLA, for example, so it has advantages when it comes to parking. Few owners will find any sort of difficulty fitting the car into a garage or onto a driveway. Including its mirrors, it’s actually narrower than a lot of mainstream compact hatchbacks. 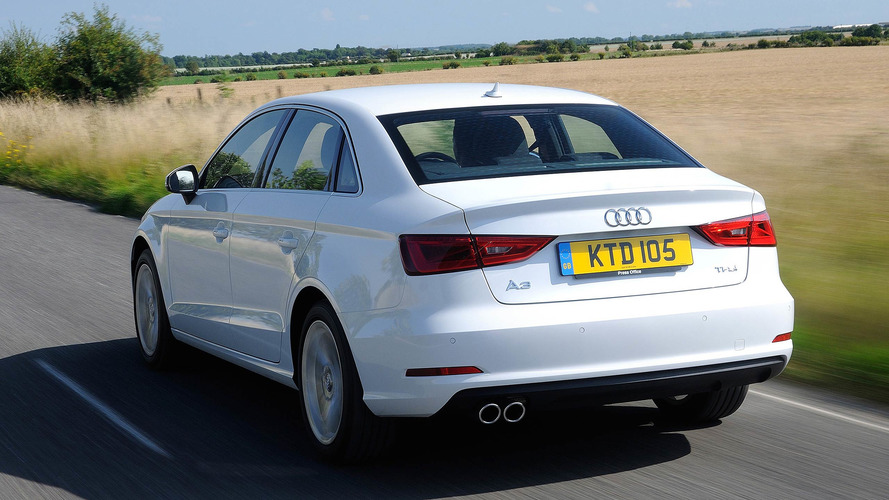 Apart from the clever 1.4-litre petrol with its cylinder deactivation technology, the A3’s engines share the same range of technologies, including stop-start and special internal coatings to reduce frictional losses. Official fuel economy varies surprisingly little across the engines. It starts from a very respectable 47.9mpg for the 2.0-litre TFSI petrol with four-wheel drive and rises to 70mpg for the most efficient 1.6 TDI diesel with the S Tronic auto gearbox.

Sadly, these figures aren’t likely to transfer to the real world, and even in the most frugal 1.6-litre diesel 60mpg is the best return you could expect on a traffic-free commute. And that’s if driven with care and forward-planning.

This model of A3 has not been recalled for remedial work in the UK, although in America there was a small recall issued for faulty fuel tank suction pumps, which were replaced free of charge. Audi recommends slightly different oil-change service schedules for urban drivers covering mostly short routes and for motorway drivers. 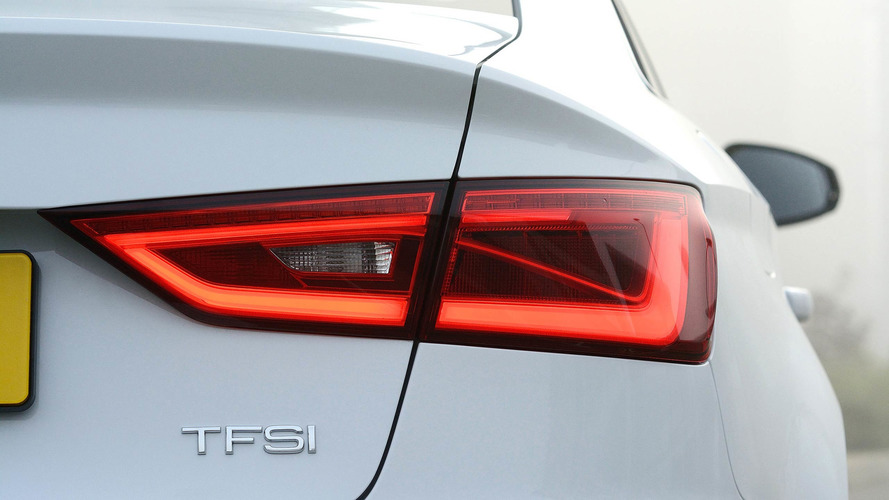 As the saloon overlooks the cheaper trim options Audi offers on the A3 hatchback and Sportback, its entry price is much higher. The cheapest Sport model is more than £4,000 pricier than the cheapest Sportback, but it does have a nicer interior and more equipment to boast of.