The Hyundai ix20, as with its close cousin, the Kia Venga, represents the simpler end of the small MPV spectrum. There are neither clever seats nor trick doors here, just plenty of space in the back and the boot, lots of headroom and an affordable purchase price. Not the most exciting nor memorable car around, but a good choice for family buyers on a budget, nonetheless.

Did you know? The ix20 is, so far, is the only ix-badged Hyundai model that isn’t an SUV or crossover.

You won’t find yourself rhapsodising about the Hyundai ix20’s pin-sharp handling nor its gorgeous, flowing lines, but if you’re got kids, need space, and don’t want to break the bank, then it’s a good family car choice. The design is ageing a touch now, but this is still a solid option for not too much money, and the 2015 update has improved its tech count and its cabin quality to keep it fresh for a little while longer. 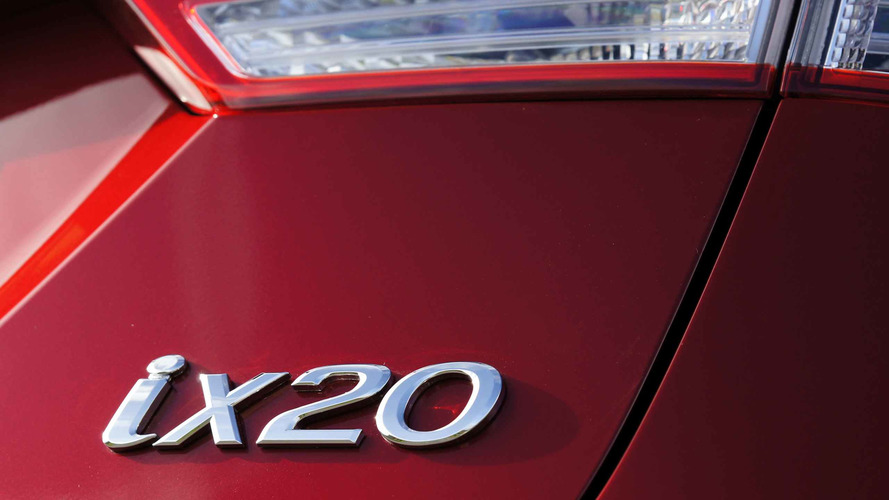 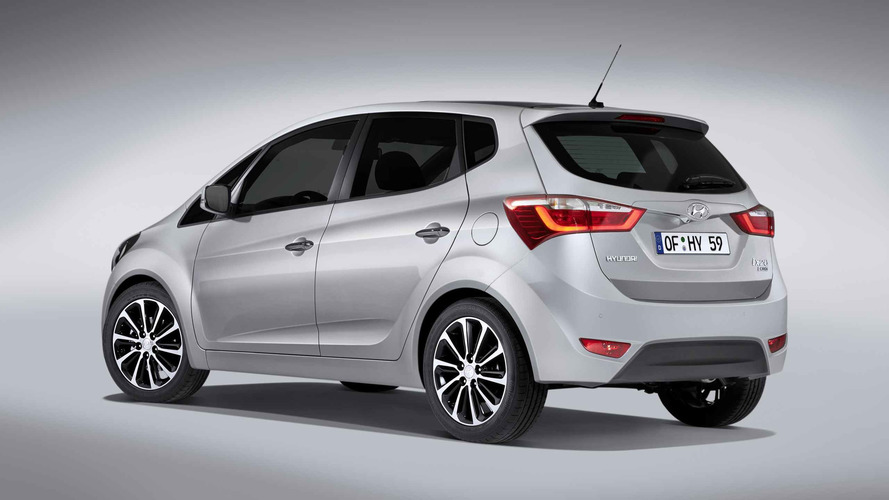 Six out of ten might seem like rather harsh marking for a car as inoffensive as the Hyundai ix20, but the fact is that this is a slightly bland-looking, roughly-egg-shaped small MPV competing in a market that, as with almost all other segments, is rapidly switching over to more desirable MPVs. Even Vauxhall and Citroen are binning their old high-roofed models in favour of something more 4x4-ish, so the ix20 (and the Kia Venga that shares all of its mechanical parts) is fast becoming a rare breed.

Hyundai updated the ix20’s styling in 2015, and it must be said that the new grille (which apes that of the larger i40 saloon) and the larger lights give it a more purposeful look. We doubt Ferrari will be having sleepless nights over the ix20’s rampant desirability, but this is still a smart-looking compact family car all the same. 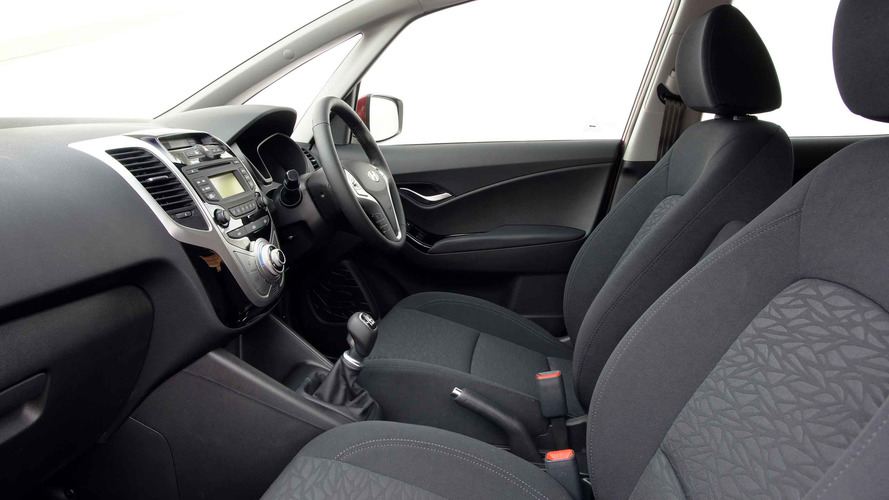 The Hyundai ix20’s cabin, as with its exterior, is ageing a bit now, but the 2015 update did bring with it some changes to trim and colour options that livened things up a bit, and there was never any doubt about the actual quality of assembly, even if you can find some cheap feeling, rough sections of plastic if you have a poke around. You can have such nice touches as a heated steering wheel though, so if you’re prepared to spend a bit on options, the ix20’s cabin can actually be a nice place to be, not least because it has both good visibility and comfy front seats.

If ever there were a practical small car, this is it. Conventional the Hyundai ix20 might be, but it’s most definitely useful too. Space in the back seats is very decent, with ample legroom and headroom for all but the lankiest of teenagers. There’s a big 440-litre boot out the back too, which for the record is about what you’d get from the more expensive and larger Nissan Qashqai crossover. Those rear seats also split, slide and fold in a 60:40 ratio, and when you have them down flat, the load space increases to a very useful 1,486 litres. About the only practical drawback is that the ix20’s centre console is too small to slip larger, modern smartphones into. 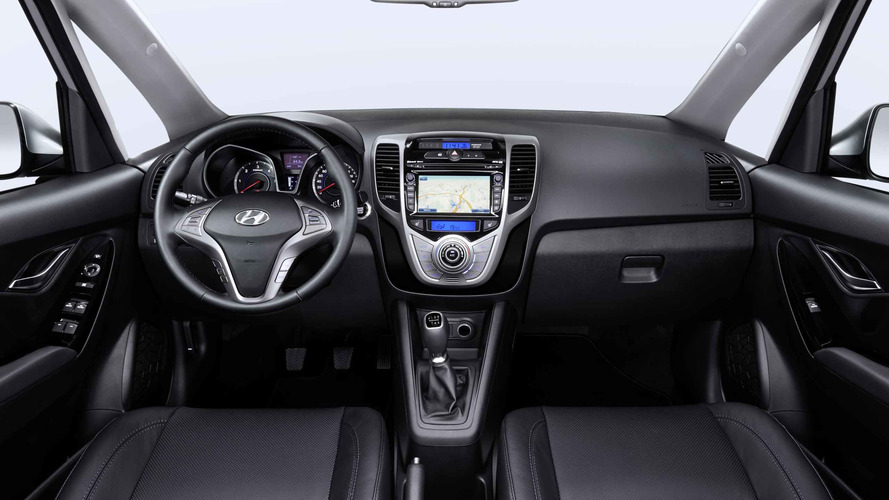 Although the 2015 facelift did bring with it a boost in terms of an improved touchscreen and satnav system, the ix20 was designed before the latest connectivity tech became available, so you just have to live without Wi-Fi hotspots or live news, parking, and weather feeds. Standard SE models come with a basic RDS stereo with Bluetooth, but if you upgrade to the SE Nav, you get a seven-inch touch screen with satellite navigation, live traffic info, and a reversing camera. You also get voice recognition, and USB and aux-in sockets.

The Hyundai ix20 is entirely competent to drive, but not in the slightest bit entertaining or engaging. Perhaps that’s what the target market craves, and to be fair we can’t really imagine one being door-handled up an Alpine rally stage, no matter Hyundai’s involvement in the World Rally Championship. The steering is light and slightly over-assisted, but reasonably accurate and it certainly makes the ix20 easy to handle in town situations. The ride quality is quite good, able to shrug off lumps and bumps, be they urban or rural. Body control is only average though, so you will notice a lot a lean in corners if you're driving a little quicker.

Sadly, the ix20 isn't available with Hyundai's excellent 1.0-litre T-GDI turbocharged petrol three-cylinder engine, so your choice is limited to older designs of 1.4- and 1.6-litre petrol units and a 1.6-litre CRDi diesel. The basic 1.4 probably makes the most overall sense, simply because it’s the cheapest. It’s an OK performer, with a 12.8-second 0-62mph time, but its CO2 emissions are a touch high. The 1.6 petrol comes only with a six-speed automatic transmission, and is both slow and thirsty, so ignore it unless you’re desperate for a two-pedal model. The 1.6 CRDi diesel is actually the best engine of the lot – a touch noisy, but with good torque of 260Nm and excellent economy. The problem is that it’s quite expensive, costing almost £2,000 more than the 1.4 petrol and only really being of use if you plan to tackle regular long motorway journeys. Most ix20 owners will be low-mileage drivers, so that hands the default choice back to the 1.4. 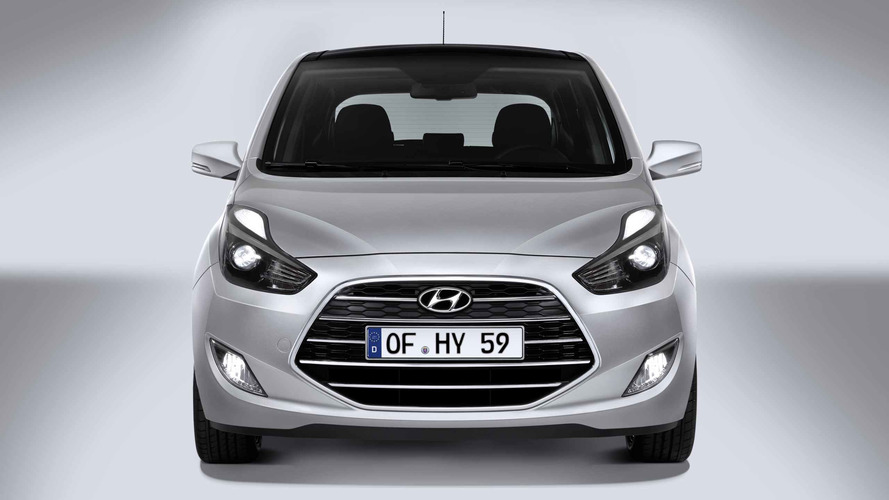 Tested in 2011, the ix20 received a full five-star score from Euro NCAP, with an 89 per cent adult occupant protection rating, 85 per cent for child occupant, 64 per cent for pedestrian protection, and 71 per cent for safety assist.

As mentioned, the Hyundai ix20 is a bit of an older design at this point, so it lacks the latest safety technology such as autonomous emergency braking, active cruise control, or blind spot monitoring. That said, all versions come as standard with electronic stability control, two ISOFIX child seat points in the back, anti-trap electric windows, hazard lights that flash under heavy braking, hill-start assist, rear parking sensors, a tyre pressure monitor, auto headlights, six airbags, and impact sensors that automatically unlock the doors when an accident has happened. There’s also an optional rear view camera to make backing up a little safer. 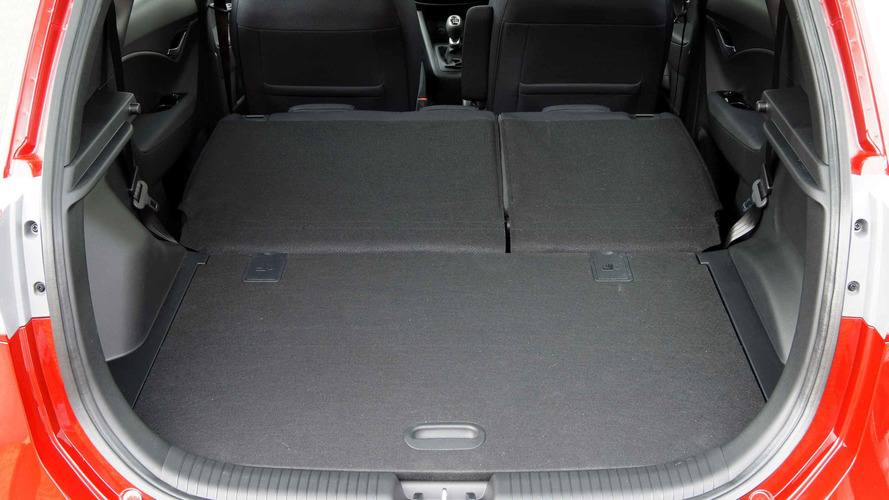 There’s only one solid colour choice – Polar White – and the rest are metallic hues: Ara Blue, Platinum Silver, and Firey Red plus two ‘Pearl’ finishes in Pepper Grey, and Phantom Black. While the cabin is trimmed as standard in black, there is an optional beige-and-black finish as well.

Effectively there is only one trim level for the ix20 and that’s SE. There are SE Nav and Premium Nav trims, but these bring with them only a short list of extra equipment, so barely qualify as different models.

In spite of being so roomy, the ix20 is a compact car, so you shouldn’t have any trouble squeezing it onto your driveway, multi-storey car parks, and nipping through gaps in town.

The 1.6 CRDi diesel has decent economy and emissions figures of 64.2mpg and 115g/km respectively. The trouble is that the diesel’s extra purchase cost wipes out that advantage over the basic 1.4 petrol (50.4mpg and 130g/km) unless you’re doing mega-miles. Indeed, given the fact that diesel fuel is more expensive than petrol (and likely to become more so) you might never get back the extra purchase price in fuel savings, being realistic. The 1.6 petrol with the six-speed automatic is really quite inefficient, at 43.5mpg and 150g/km of CO2, and is likely to be much worse in daily driving so avoid it unless you are genuinely desperate for an auto option.

The ix20 has had one recall, for a corroded handbrake mechanism. We’d expect it to be very reliable in general, as Hyundai’s reputation is excellent in this regard, and of course it’s backed up by an impressive five-year, unlimited mileage warranty. That also includes five years’ roadside assistance and a free annual inspection for each of those five years. You can also choose to pre-pay for your servicing for up to five years and 50,000 miles. 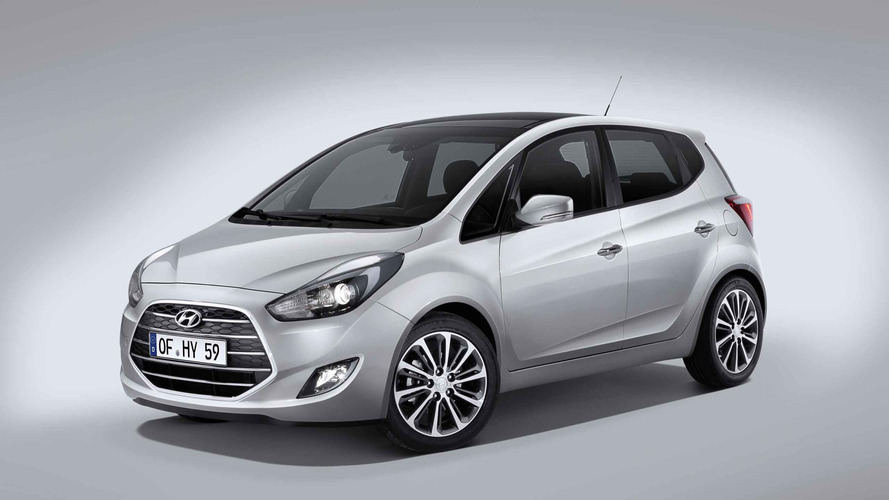 The Hyundai ix20 is very well-priced. A basic SE 1.4 kicks off at just over £14,000 while a highly specified SE Nav is just over £15,000. Diesel models start at more than £16,000 while a 1.6 petrol automatic will set you back a similar price in SE trim. While it’s true that the cheapest Kia Venga costs even less, at just over £12,000, the Venga doesn’t come with standard air conditioning or alloy wheels.