This is BMW’s 6 Series grand tourer and it’s also the company's most opulent sports car. It has been around since 2011 and so will be replaced in the near future, but it still comes with some powerful engines, the option of diesel power, and an M6 performance flagship that will keep most supercars honest in terms of speed. All 6 Series models are rear-wheel drive, automatic, and propelled by a turbocharged engine. This review looks exclusively at the two-door, fixed-roof Coupe, but the 6 Series also comes in four-door Gran Coupe guise and as an open-top Convertible.

Did you know? This is the third-generation 6 Series, but there was a gap between the Mk1 and Mk2 cars of 14 years – filled, in part, by the 8 Series.

While it’s no spring chicken, the BMW 6 Series remains a tantalising car. It’s a grand tourer first and foremost, so don’t expect the sort of driver involvement and dynamic pointiness you’d find in a Porsche 911, for example – but, if you want something that handles reasonably well yet which can cover great distances in style, the BMW is a relevant option. The diesel model is the one everyone buys and it’s undoubtedly an excellent car, although we can’t help feeling if you’re going to splash out this money on a large coupe that’s about to bite the bullet, you might as well go all the way and have the thunderous M6 with its 600hp Competition Package fitted. 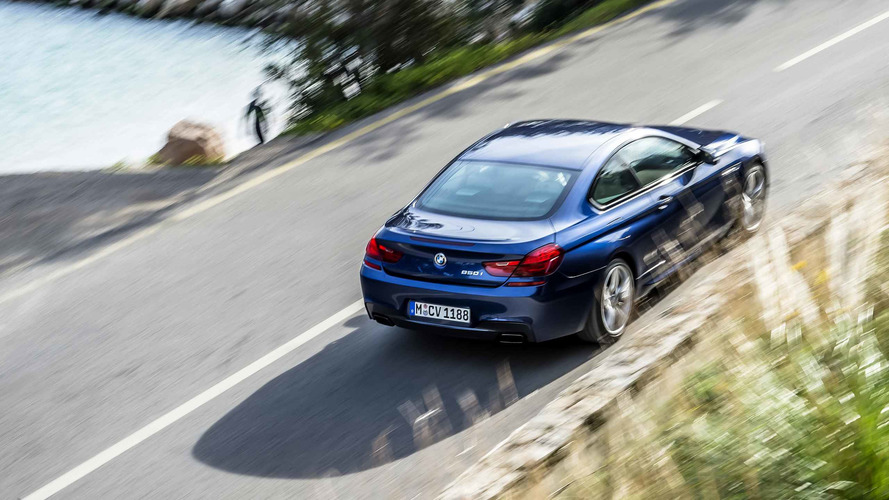 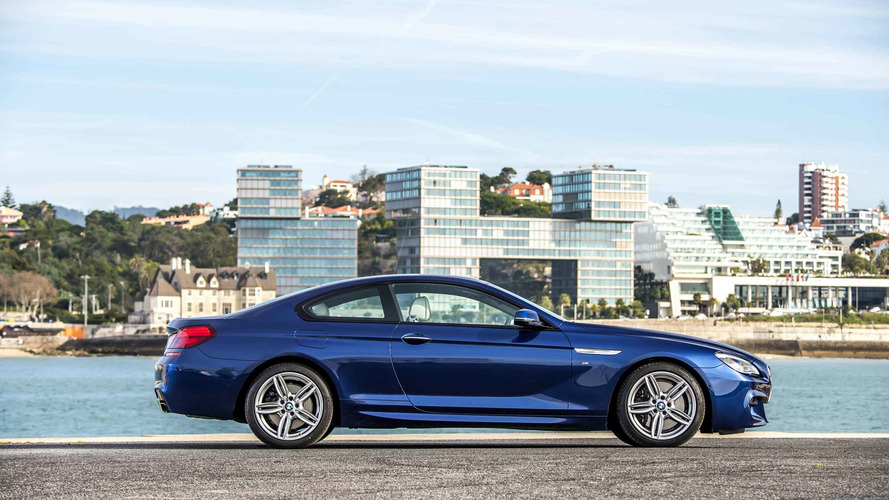 While the previous-era 6 Series (2003-2010) penned by Chris Bangle split opinion hugely while it was in production, there’s a nagging feeling that his car designs were ahead of the curve – because that car now looks elegant and proportional in a way the current one never really has. Of course, this latest 6 Series is a more conservative shape that meets far wider, generic approval, but the large headlight clusters, oversized kidney grilles, and ‘stretched’ bonnet line have never really done it for us. It’s like BMW took the previous car and simply enlarged it, while simultaneously stripping it of all its individuality. We wouldn’t say this 6 Series was ugly… but then we wouldn’t attest that it’s beautiful, either.

Quick note: the M6 is easy enough to spot, because it wears plenty of ‘M’ signifiers, like gaping front air intakes, M-branded side gills, huge alloy wheels with open spoke arrangements to show off the whopping brake discs behind, quad exhaust pipes, and – of course – subtle M6 badging in places. It also has a carbon fibre roof, which is very hard to miss. 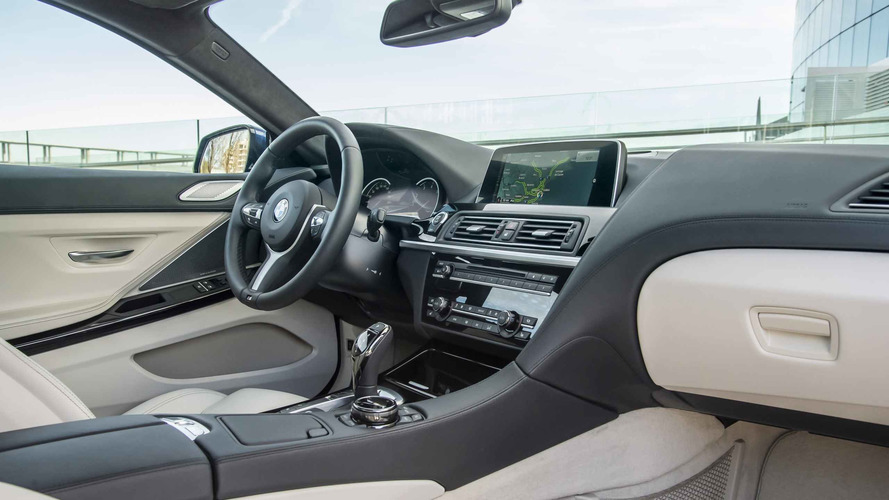 While it’s one of BMW’s oldest cars, the 6 Series Coupe also one of its most luxurious, and it previewed a lot of the interior technology and finishing that seems commonplace in the company’s products today. Expect a digital instrument cluster, a neat, fixed infotainment screen that stands proud of its dash-top surroundings, and lots of nice leather panels and alloy trim surrounds. All models come with at least Dakota leather, while the 650i has more premium Nappa hide, and the M6 is swathed in full Merino leather.

Although it’s a big machine and BMW would call it a four-seater, it’s really only a 2+2 – the ‘cosy’ sculpted back seats are not for long journeys if you’re an adult. The front doors are nice and long, and they swing open plenty wide enough to aid ingress and egress, while there’s masses of room up front in the 6 Series so it will feel luxurious if there’s only two people on-board. All cars get electrically adjustable seats and steering column, while the boot is a giant (for a coupe) 480 litres, with 60:40 folding rear seat backs too. 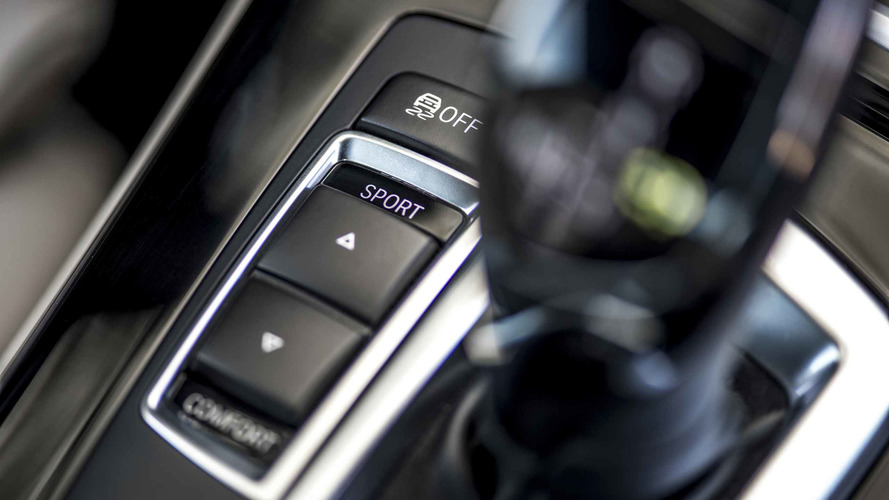 A strong suit for the 6 Series, as all cars come with BMW Professional Multimedia with top-level satellite navigation on the aforementioned 10.2-inch display, DAB, enhanced Bluetooth with wireless phone charging, Wi-Fi hotspot preparation, a collection of BMW’s ConnectedDrive items including Online Services, and a BMW Advanced Loudspeaker sound system with a 20GB hard-disk drive. The M6 only adds to this roster with a more powerful Harman Kardon audio set-up, which is an option on the other cars. 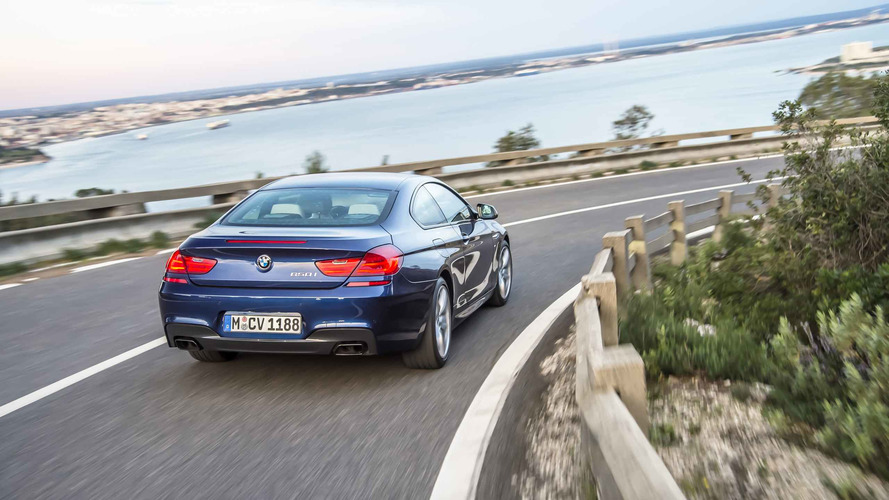 There’s absolutely nothing wrong with the performance of the BMW 6 Series. BMW’s TwinPower Turbo engines deliver plenty of power, with an eight-speed Sport Steptronic auto used for the normal range and a seven-speed M Dual-Clutch Transmission (M DCT) on the M6; there’s no old-fashioned manual option here. The 640i and 640d models both use 3.0-litre inline-sixes, the only difference being which fuel they use. The petrol 640i has 320hp and 332lb ft, while the diesel 640d is less powerful at 313hp, but much torquier at 465lb ft. Both can do 0-62mph in 5.3 seconds and, like every 6 Series (the M6 included), they are limited to 155mph.

And that’s the 6 Series’ problem – it’s big. And heavy. Most models weigh nigh-on two tonnes, so it doesn’t feel a lithe and limber machine when it comes to the corners. It is effective and it’s fairly well balanced, but there are better BMWs (and rival cars) to drive hard than this, and that includes the M6 as well. Sadly, as a GT, the ride can often be too firm on larger alloys, which are fitted to the most desirable, and popular, M Sport models and the M6, so the 6 Series just feels a little bit too compromised in the main dynamic departments to achieve true greatness.

As the BMW is a niche product, it doesn’t sell in enough numbers to merit a Euro NCAP test, but it should prove a safe car, as it’s closely related to the previous generation 5 Series, which picked up five stars in 2010. Multiple airbags, ABS, ESC, and front and rear parking sensors are all standard fit, while the M6 also gets High-Beam Assistant. Options include Adaptive LED headlights, a Head-Up Display, a 360-degree monitor, a reversing camera, Speed Limit Display, and two packages: Driving Assistant is useful and it adds City Collision Mitigation, Forward Collision Warning, Lane Departure Warning, and Preventive Pedestrian Protection, while Driving Assistant Plus adds to that line-up with Active Cruise Control with Stop&Go and Active Full Braking. However, the latter one in particular is expensive. 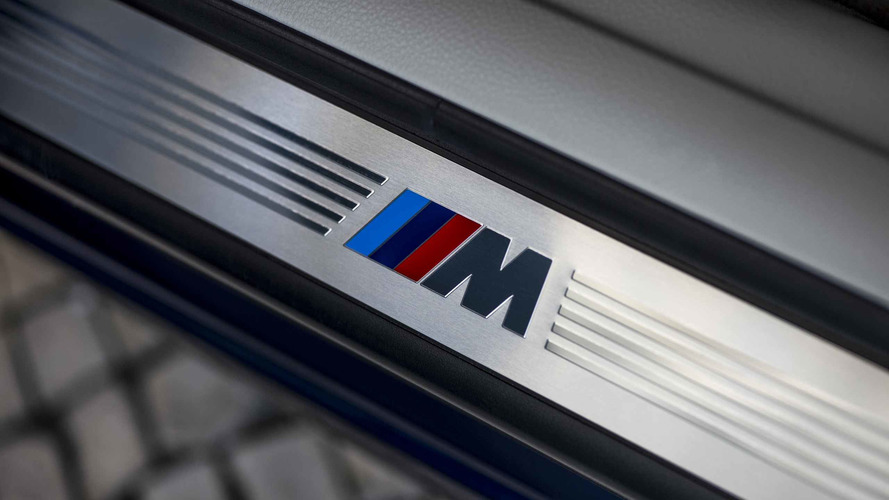 Metallic paint is standard on all 6 Series cars, with flat coats available at no cost. The regular range can be finished in Black Sapphire, Carbon Black, Glacier Silver, Jatoba, Mediterranean Blue, Melbourne Red, Mineral White, Sonic Speed Blue, and Space Grey (all metallic), as well as Alpine White and Jet Black (both solid). The M6 gets a slightly different palette, sharing Black Sapphire, Space Grey, and Alpine White with the normal models, but then having its own metallic hues to choose from. These are Sakhir Orange, San Marino Blue, Silverstone II, and Singapore Grey.

All cars, from the 640i up to the M6, also have the option of the Individual palette, but these are costly paintjobs. Citrine Black, Moonstone, Ruby Black, and Tanzanite Blue are expensive enough, but watch out for the two top colours, which are Frozen Bronze and Frozen Brilliant White.

Sport builds on that with 19-inch wheels, Comfort seats with lumbar support in the front, and high-gloss black exterior detailing. M Sport is another step up again, getting its own design of 19-inch wheels, Dark Chrome detailing in conjunction with the M Aero body kit, Anthracite headlining, and an M Sport-branded interior, complete with Sport seats.

A two-door it might be, but the BMW 6 Series is almost 4.9 metres from tip to tail – making it slightly longer than a Range Rover Sport. So don’t think for a minute it’s a particularly easy thing to park or manoeuvre. 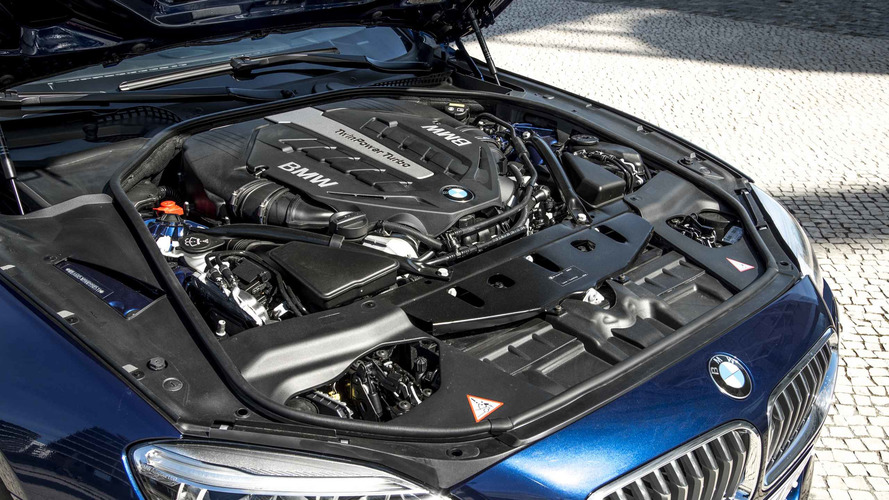 All cars are in group 50 for insurance, while the 6 Series is one of those large, luxurious cars that depreciate quite heavily, mainly because the type of buyers who purchase these vehicles quickly move on to the next big thing, depressing the used values. Couple that to the sub-40mpg economy of most of the range, fuel consumption only being decent on the diesel (52.3mpg), and the 6 Series is not a cheap car to run. It would make an interesting second-hand buy after three or four years, though...

With strong brand reliability and a selection of proven engines – they’re used widely in the rest of the BMW range, mainly in upper-end saloons and the SUVs – the 6 Series shouldn’t let you down, and there’s a three-year, unlimited-mileage warranty on hand that’s extendable for a fee, just in case it does. As with all BMWs, Condition-Based Servicing means the car determines when it needs to go into the dealership, with Service Inclusive packages to help minimise the maintenance costs. 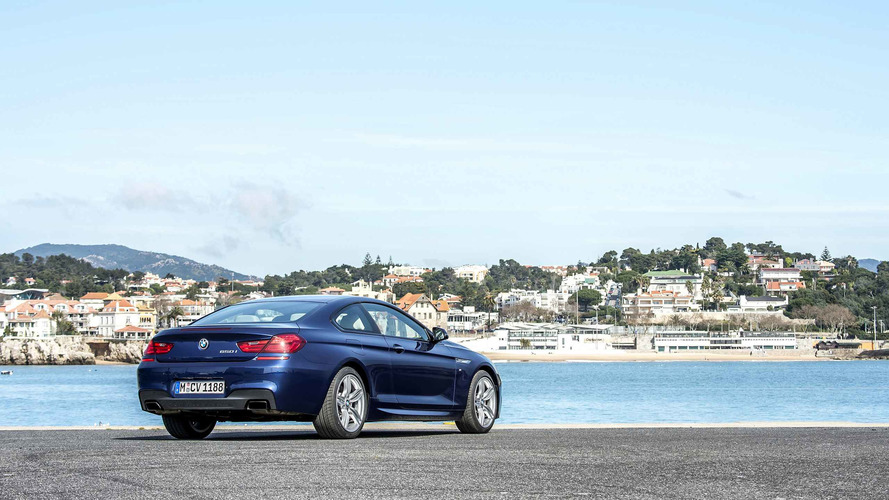 No car as grandiose as the BMW 6 Series is ever what people are going to call affordable, but there are a lot of machines now that can offer its blend of opulence, comfort, and performance for significantly less money than this. Only one model (the 640i SE) is less than 60 grand and the 650i is basically £70,000 and more in either iteration. As for the M6, a £93,000 starting ticket is bad enough, but adding the £7,300 Competition Package results in a six-figure 6 Series. The only point to make here is that good discounts should be negotiable in the BMW showrooms, as the 6 Series nears the end of its production life.