Flying the flag for the old, four-door saloons.

While SUVs and premium saloons have squeezed the old middle ground of the mainstream four-door family saloon to a fraction of its former self, this is still a class in which you can find tremendous value, and few cars show you that better than the Passat. Quietly-styled it may be, and a sales-rep special it may be, but it has the kind of comfort, refinement and quality that would make even BMW and Mercedes look to their laurels.

Did you know? There are no sporty Passats any more (the old W8 and R36 models have long been dropped), but you can have a half-electric GTE version.

Family saloons may not get much love from the buying public these days, but those sales reps who get a Passat don’t know how good they have it. They may crave a more expensive badge, but the fact is that the Passat is damn near as good as any high-end car to drive, just as comfortable, well-made, and far, far better value for money. Who needs an SUV when a ‘normal’ car can be this good? 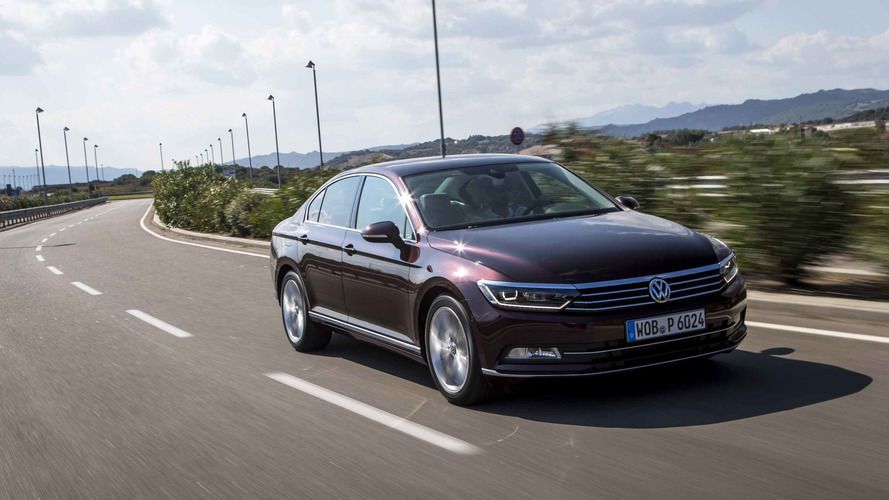 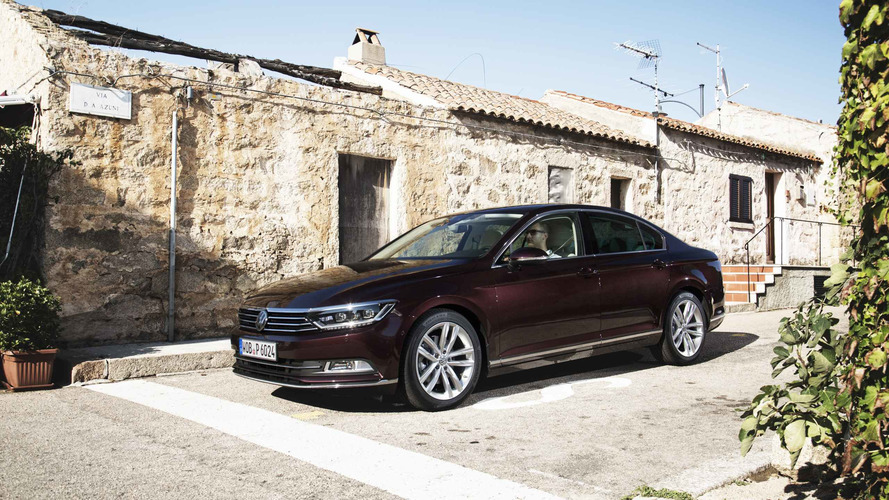 OK, so a Passat is never going to appear on a popular series of bedroom wall posters for schoolboys, and it’s unlikely to be the next choice of vehicle for James Bond (in spite of having much better BIK figures than an Aston Martin), but the Passat is not about ravening desire, nor glossy styling; it is a sensible pair of shoes sort of car, but nonetheless rather handsome for all that. Around the back, it probably looks a bit too similar to the last generation Passat for comfort (although there are overtones of the much more expensive Phaeton saloon too), but up front, the broad chromed grille and narrow headlights look genuinely impressive. Volkswagen’s image is more or less bulletproof (in spite of the diesel emissions saga), but even so, you’d never call the Passat an aspirational car. Still, for all that it’s good looking and good with which to live, and ultimately that’s what counts. 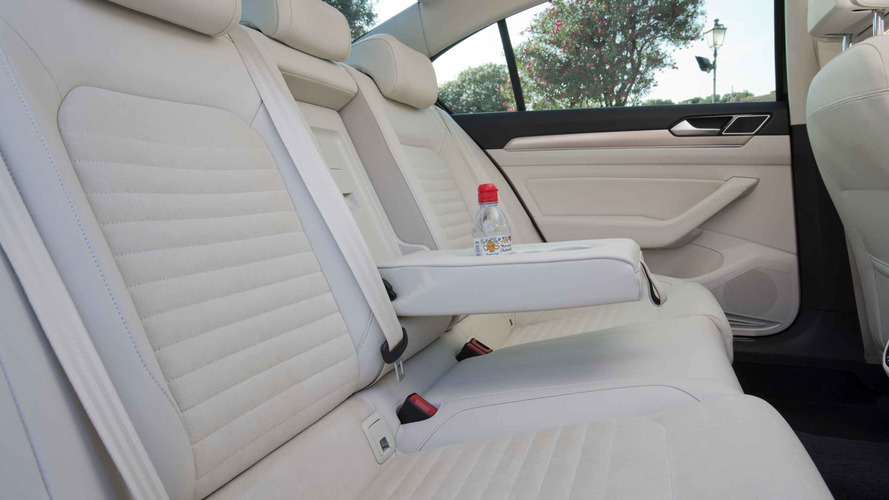 The Passat’s cabin design may be its strongest hand of all. While there’s a lot of generic Volkswagen buttons and dials inside, there’s also the full-width trim line that passes through the central air vents and which has since been aped by the Audi Q7. It’s a handsome and welcoming place, the Passat’s cabin, with comfortable seats (that are set just a fraction too high) and a deeply ingrained sense of quality. Does Audi do a nicer cabin? Yes, but honestly only just, and adding spec items such as a larger touchscreen or the Active Info Display digital instrument pack really lifts the ambience. The Passat badge may be a humble one but there’s nothing in the cabin that gives that away.

While not quite so practical as its estate brother, the Passat saloon nevertheless has enough space and usability for most family or work purposes. There’s almost a full metre of rear seat legroom, and a very healthy 586-litre boot. There are standard ISOFIX points in the outer two rear seats, and the option to have built-in booster seats too, complete with integrated headrests. Fold those back seats flat and you have a pretty impressive 1,152 litres of available load space. As standard the rear seatback splits 60:40, but you can optionally have a central load-through opening. An electric boot lid is optional, but to be honest there’s not much point in it, as the standard boot hinges are sprung to open by themselves once you press the release catch or thumb the button on the key fob.

All Passats come with a 6.5-inch touchscreen with the ‘Composition’ media pack, which includes Bluetooth and USB connections, DAB radio, an SD card reader, SMS reader, the ‘Think Blue’ trainer that offers eco-driving tips, and eight speakers for the stereo. SE Business models add to that the ‘Discover’ media system, which includes a speed limit display and 3D satnav, plus a three-year subscription to Volkswagen’s Car-Net ‘Guide and Inform’ online services, which includes news feed, parking information, weather reports, and fuel pricing info. It also has a Driver Profile Selection, which means you can have such items as the mirror positions, map and route settings, radio stations, air conditioning, interior lighting, and central locking pre-set for a given set of preferences.

GT models have the all-digital Active Info Display instrument pack, while GTE plugin hybrid models come with the full Car-Net ‘Security and Service’ package, which includes online access to driving data, vehicle location and status, charging status and times, and remote cabin heating or cooling. The GTE Advance comes with the larger eight-inch touchscreen (available optionally on other models) plus standard App-Connect to allow your phone to use Apple CarPlay or Android Auto, and a 64-gigabyte music storage hard-drive. The satnav system on Passats equipped with the Discover media system can also display overlays from Google Earth, while there’s also a head-up display and a 700-watt Dynaudio system available. 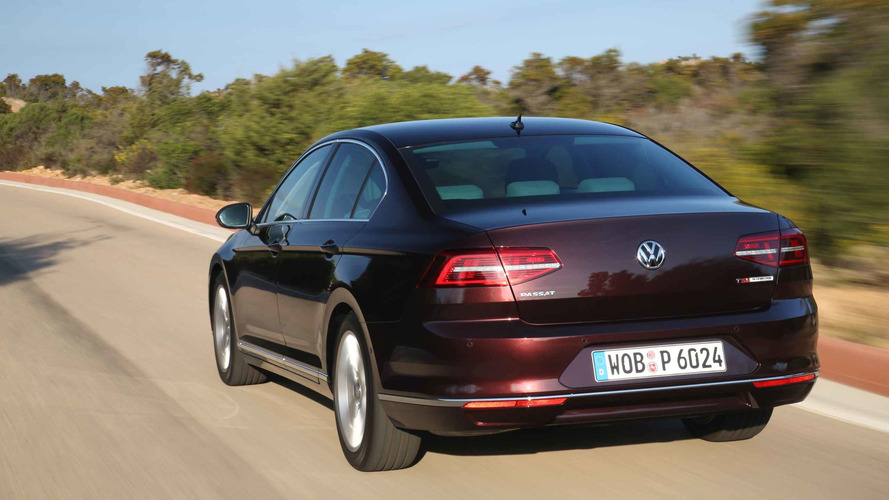 At first, you’ll think that the Passat isn’t all that good to drive. It’s smooth and assured, but it lacks the instant reactivity of the likes of a Mondeo or a Mazda6. The ride is pleasant, firmly damped, but never to stiff, and it’s generally abundantly clear that the Passat was purposely designed to knock off endless motorway miles without complaint first and foremost.

Dig a little deeper and it gets better, though. Although the steering’s feedback never rises above a murmur, the Passat has excellent front-end grip and reserves of suspension composure that actually out-do that of the more celebrated Mondeo. The Ford is arguably more entertaining to drive, but the Passat is more sure-footed and less likely to react badly in the face of a ham-fisted input.

There are no petrol engine options for the Passat (aside from the GTE, which we’ll come to in a moment) and while it’s tempting to go for the smaller 1.6-litre TDI diesel because it’s slightly more refined, the reality is that the Passat’s heartland is the 2.0-litre 150hp TDI. Mostly very smooth and cultured, it’s also impressively economical and has a solid 251lb ft hit of torque right in the mid-range where you need it most. You could upgrade to the more powerful 190hp version of the same engine, but to be honest there’s not much point as the 150hp model has most bases covered more than adequately. The 240hp BiTurbo is impressively fast on paper, but doesn’t quite have the addictive performance hit you’d hope for from a car with that much torque (369lb ft).

The GTE is an interesting alternative, mixing a 1.4-litre 150hp turbo petrol engine with a plugin hybrid module that allows you to drive for a claimed 37 miles on one full charge without waking up the petrol engine. In combined ‘GTE’ mode it’s actually pretty rapid, with nice low-down shove from the instant-on electric motor, while driving as a hybrid, it’s also decently economical. It’s an interesting and forward-thinking choice, but an expensive one to buy into. 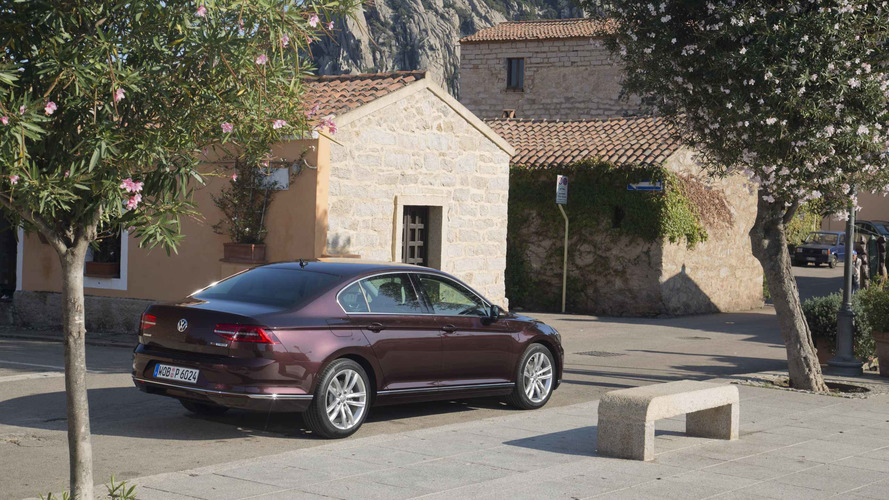 The Passat is impressively safe, with a full five-star rating from Euro NCAP from its crash test in 2014. The Passat scored 85 per cent for adult occupant protection, 87 per cent for child occupant, 66 per cent for pedestrian safety, and 76 per cent for safety assist. All models come with nine airbags as standard, electronic stability control, post-collision braking system (which stops the car rolling away after an accident), tyre pressure loss warning, a driver alertness monitor, and a hill-hold for the parking brake. Optional systems include automatic lights and wipers, the Pre-Crash system that prepares the car’s emergency systems if it detects an imminent accident, adaptive cruise control, front collision warning with emergency city braking and pedestrian detection, parking sensors and surround-view cameras, LED headlights with cornering function and high beam assist, lane keeping steering, blind spot monitor, traffic sign recognition, Emergency Assist, which brings the car to a halt if it detects that you’ve nodded off or are incapacitated, a traffic-jam assistant that can take over the driving in trickling traffic, and trailer assist that helps when backing up with a towed load. 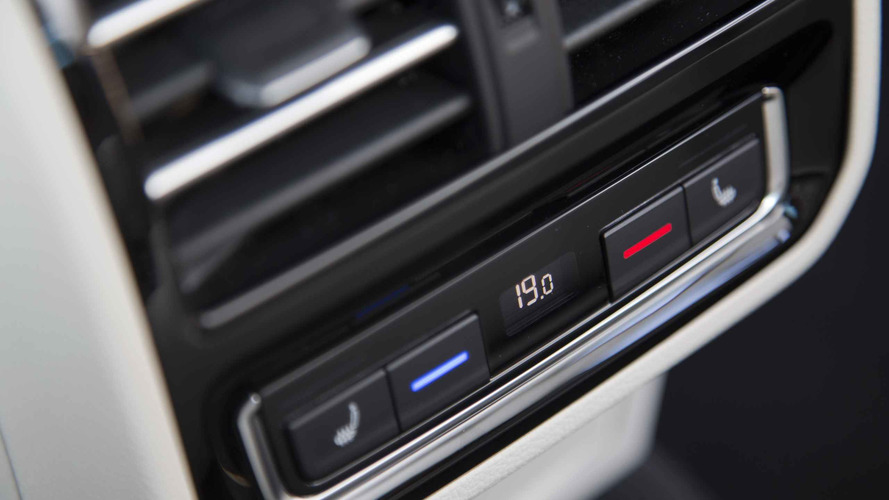 R-Line models come with 18-inch alloy wheels and an R-Line styling kit inside and out.

The Passat isn’t massive, but it is a touch long and a touch broad, so if you’re trading up from something smaller, use caution at first. 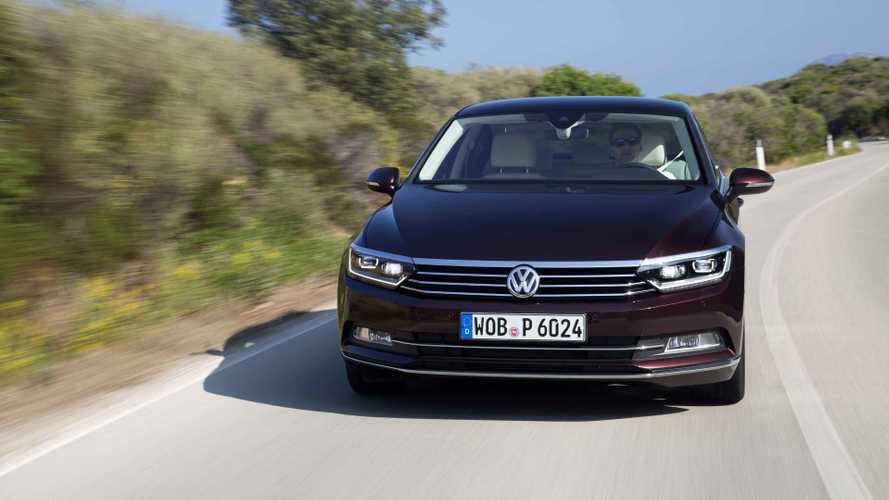 Needless to say, the GTE is the on-paper winner here with emissions of just 40g/km and official fuel economy of 156.8mpg. Equally needless to say, you’re going to struggle to match that in the real world, but you should be able to crack 50mpg if you’re driving it mostly in hybrid mode. Both the 1.6 TDI and 2.0 150hp TDI will do better. They officially return a near-identical 68.9mpg and 67.3mpg (the BlueMotion 1.6 TDI will do 74mpg) and you should be able to just about reach 60mpg in daily driving. The BlueMotion 1.6’s emissions figures dip as low as 94g/km, but the conventional version will do 107g/km to the 2.0-litre 150hp’s 110g/km. Both will do slightly worse with the DSG automatic gearbox. The 190hp returns 65.7mpg and 111g/km (again, slightly worse with the DSG) and the 240hp BiTurbo, which only comes with a DSG and 4Motion four-wheel drive does 50.4mpg and 146g/km.

The Passat has been recalled for brakes, the panoramic sunroof, airbag issues, child locks, and the stability control, but as we all know, Volkswagen’s reputation for reliability is excellent, so confidence in the Passat should be high. All come with a three-year, 60,000-mile warranty (extendable to five years and 90,000 miles for an extra cost) and Volkswagen offers inclusive servicing packages too. 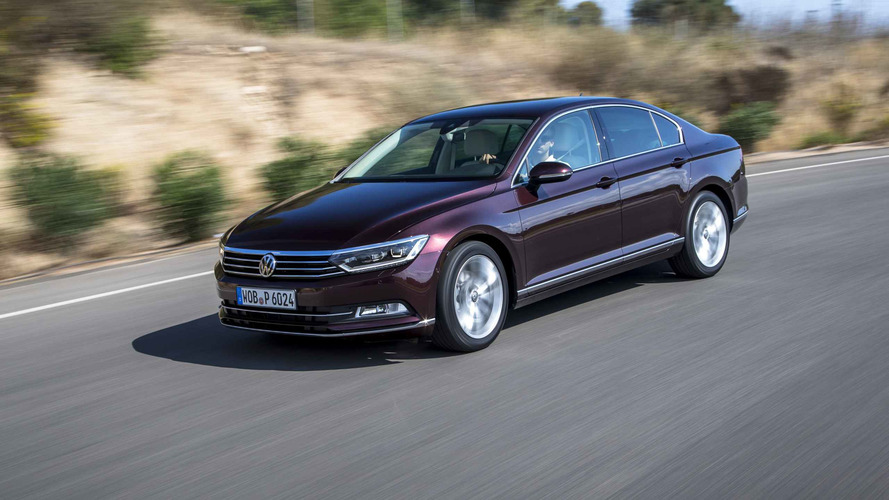 As with many mid-size saloons, the Passat offers pretty good bang for your buck. Even a basic S model comes with decent equipment and premium-level build quality with prices starting around the £23,000 mark. Well-specified SE Business models start at around £24,000 and a pretty-well-loaded GT is £26,000 at its cheapest. R-Line versions start to look a little pricey, with most over £30,000 and the GTE is really quite expensive, starting at more than £40,000.