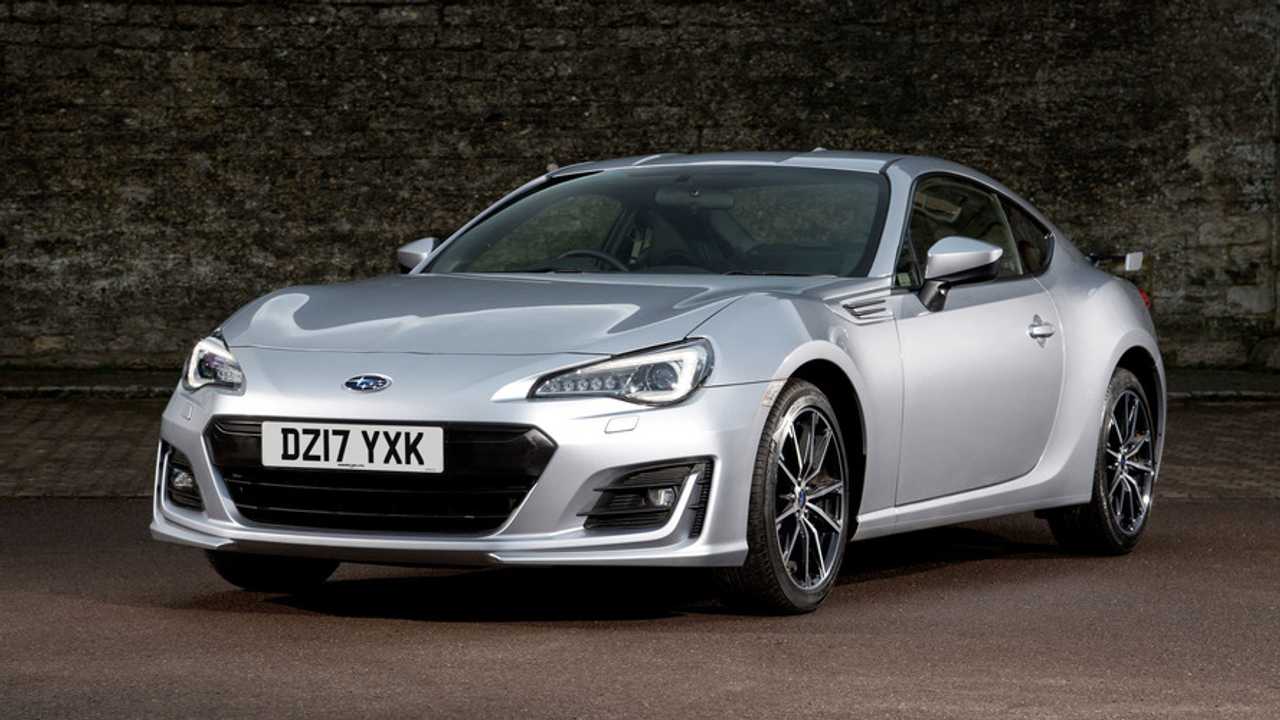 How has Subaru made its pure driver's car even better?

The Subaru BRZ is the lesser-spotted half of Subaru and Toyota’s joint venture to make a  back-to-basics rear-wheel-drive sports car that emerged in 2012. As Toyota has given its slow-selling coupe a refresh for 2017, it’s inevitable that Subaru has followed in a bid to make its BRZ slightly more up-to-date.

While it might not look particularly different to the outgoing model, the BRZ’s exterior has been given a minor refresh. Updates include new full-LED headlights (a first for Subaru) along with a revised grille and front bumper. There are new 10-spoke 17-inch alloys, while at the rear of the car the lights have been tweaked and a new rear spoiler has been tacked-on.

Interior updates include a smaller steering wheel with audio controls, while Subaru has attempted to boost the low-quality feel of the cabin by using higher quality materials along with Alcantara and leather heated front seats featuring a new red BRZ logo. To top it all off, an optional 6.2-inch touchscreen infotainment system sits in the centre of the dash, while a smaller 4.2-inch display alongside the dials provides information including a G-force meter, lap timer and torque/power curves.

We’ve always been fans of the BRZ’s sporty looks, and the revisions look more gainly than the updated Toyota GT86. The new wheels suit the car well, while the updated front-end gives it an aggressive look. The pedestal rear spoiler won’t be to everyone’s tastes, but it suits the boy-racer image of the car. By Subaru’s standards it’s positively discreet.

Moving inside… and things aren’t quite as positive. The interior has always been the let-down of this car, and anyone test driving a BRZ back-to-back with a Volkswagen Golf GTI will no doubt join the UK’s hordes of hot hatch owners. The new steering wheel is an improvement, and the red stitching lifts the interior slightly higher than that of a 90s Toyota Carina minicab.

From the new infotainment system to the BRZ logo on the seats, it’s all a bit Halfords inside. The rear seats are pretty much unusable, but the front seats are reasonably comfortable. It’s easy to get a good driving position - as long as you like the low-down, legs out driving position that makes it feel sportier than any hot hatch on the market.

And that brings us onto the BRZ’s trump card. From starting it up using the starter button to selecting first gear using the wonderfully precise gearbox, the BRZ feels like a driver’s car for the Gran Turismo generation. Or at least, it would be, but for one thing: our test car was an automatic.

There are some cars that suit an automatic transmission. Big, comfortable SUVs. Repmobiles. You could even justify one in a hot hatch. But the BRZ is the last car in the world you should consider with an automatic gearbox. While Subaru’s attempted to make it fun by blipping the throttle on downshifts and introducing a (new for 2017) track mode with quicker upshifts along with various other racey features, it’s the wrong gearbox for this car.

For a start, it highlights just how slow the BRZ is. With 200hp, it’ll hit 62mph in 8.2 seconds when combined with the automatic gearbox. You can buy a diesel Ford Mondeo that accelerates faster than that. Not only is the manual quicker - taking 7.6 seconds to complete the 0-62mph sprint - you’ll have much more fun in the process. Part of the appeal of this car is holding onto gears to the 7,500rpm redline and working the ’box hard.

Hitting sport mode makes the gearbox hold onto gears longer, but with little to do but watch the repmobile keep up in your mirror you realise how unpleasant the boxer engine sounds at higher revs.

All that aside, the BRZ is tremendous to drive. The steering is direct and perfectly weighted, while 53/47 weight distribution allows you to carry a great deal of speed through corners and roundabouts. Like Toyota, Subaru fits Michelin Pilot Primacy tyres to the BRZ. With their small tread blocks and soft tyre walls, they don’t need much encouragement to allow a degree of movement in damp conditions, but it’s certainly not snappy. The BRZ teaches much more about driving dynamics than a powerful hot hatch.

For 2017, Subaru has fiddled with the dampers to reduce body roll and improve ride comfort. In truth, it’s hard to tell the difference, while body roll has never been a big issue and the ride remains on the firm but not uncomfortable side.

It’s definitely a niche choice, the Subaru BRZ, and not the easiest to justify. If you’re looking at one because you’re taken with its coupe looks and are expecting a Japanese Audi TT, you might want to look elsewhere. The interior remains disappointing (at best…), while the engine will send many in the direction of similarly-priced hot hatches.

If you put a car’s abilities in the corners above all else, and want to own something a little unusual, the BRZ is worth considering. We’d probably take a BRZ over a GT86 - starting at £26,050, it’s cheaper for a start, while Subaru’s small presence in the UK means the BRZ is even rarer than its Toyota counterpart. We also like the revised looks, and Subaru’s iconic WR Blue Pearl paint looks the absolute business.

Whatever you do, though, don’t buy one with an automatic gearbox. 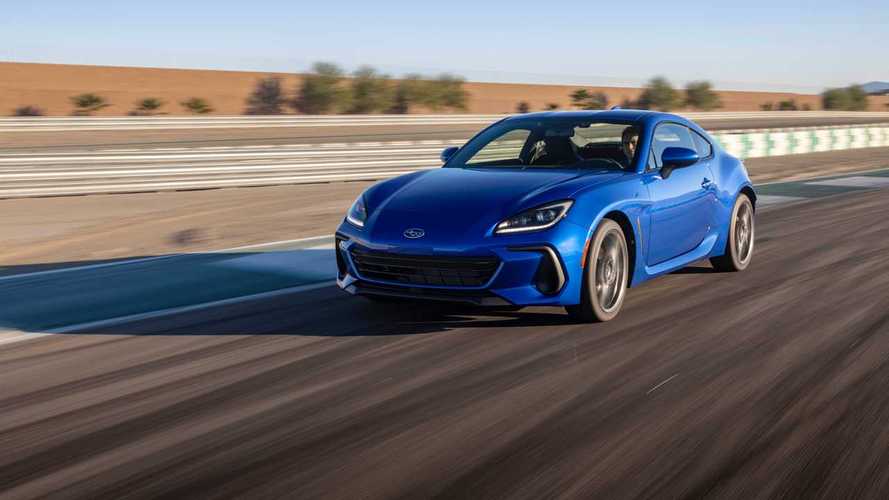