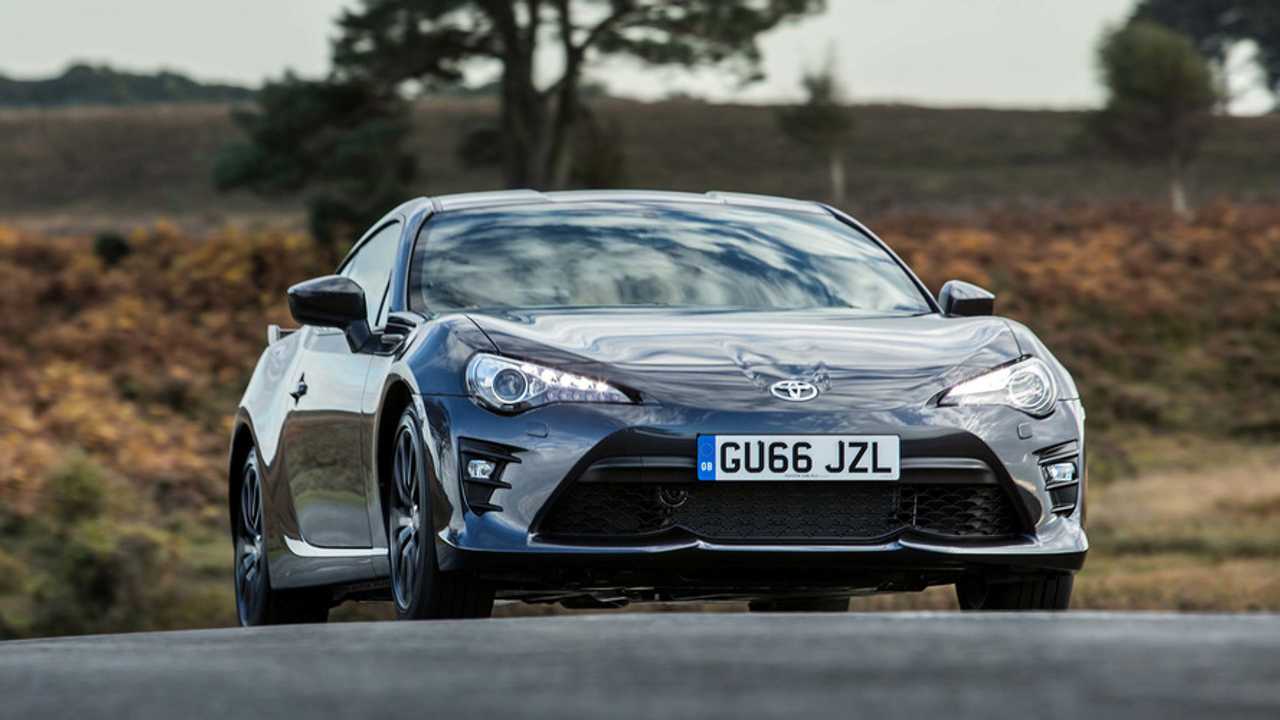 One for the fans, rather than the curious.

Toyota’s rear-wheel-drive coupe isn’t a massive seller, but the GT86 does have a small band of fans amongst keen driving enthusiasts. It’s been given a minor facelift for 2017 – but is it enough to make it a convincing alternative to the Mazda MX-5 or hot hatches such as the Volkswagen Golf GTI?

Did you know? The Toyota GT86 features a flat-four ‘boxer’ engine positioned low down to help lower the car’s centre of gravity.

We really like the Toyota GT86 when the conditions are right. For a keen driver, on the right road (or track) on the right day, there’s little else this side of £30,000 that’ll be as rewarding as the GT86. While the updates are an improvement over its predecessor, they’re not exactly groundbreaking, and certainly not enough to make the GT86 easy to live with for day-to-day use. We’d soon tire of its frustrating engine, while the lack of space and downmarket interior make it hard to justify over rivals.

A shortage of affordable coupe rivals means we default to comparing the Toyota GT86 with similarly-priced hot hatches. While cars such as the Volkswagen Golf GTI and Ford Focus ST look great in their own hot hatch way (bright colours, huge alloys and various sporting touches help to differentiate them from standard hatchbacks), there’s something really satisfying about the GT86’s no-nonsense coupe shape.

The GT86 has been given a facelift for 2017 – but you’d have to be a bit of an anorak to spot the differences. Cosmetically, it’s been given a revised front bumper along with a larger grille and new rear spoiler. New LED head and taillights complete the look, along with a new rear spoiler (which can be removed for no cost if it’s not to your taste).

This is where things start to go wrong. The interior has always been the GT86’s downfall, but a new ‘all black’ policy inside (in a bid to create less distractions for the driver, says Toyota), makes it even less remarkable than ever. Some switches have been used in Toyotas for decades, and the dashboard falls very short of what you might expect from a coupe costing close to £30,000 in some derivatives.

It’s not all bad, though. The steering wheel has been revised for 2017 - a small change, but one that epitomises exactly what the GT86 is about. It’s 3mm smaller in diameter than before, making it the smallest Toyota steering wheel ever used in a production car. Combine this with a low-down seating position, a snickety six-speed gearchange within easy reach and pedals spaced perfectly for overlapping brake and accelerator inputs, and you have a car that feels like it defies logic by seeming more than a tad special. A connoisseur’s car.

It’s not just the interior’s lack of pizzazz that will tempt buyers away from the GT86 and into a Golf GTI. The rear seats are so cramped and difficult to access that they may as well not be there, while the shallow boot has a small opening making loading large items tricky (or impossible).

That’s the price you pay for a no-frills sports car, though. The front seats are comfortable enough, and there’s plenty of room for a couple and their luggage for a weekend away.

While it all sounds great, in reality we found it quite a fiddly system to use. On our test model it would crash quite easily - requiring a restart of the car - while the whole thing looks a bit aftermarket. Tech fans are better served elsewhere.

Handling is what the Toyota GT86 is all about. The steering is beautifully communicative and perfectly weighted, while the 53/47 weight distribution helps the rear-drive coupe flatter the driver into thinking he (rather than the car) is the fastest thing down a twisty B-road. Toyota’s sticking with the low rolling resistance Michelin Pilot Primacy rubber, which feature rather soft tyre walls. Combine this with that brilliant steering and you get a real feel for the car moving about as it approaches (and goes beyond) its limited levels of grip. Even with the traction control left entirely on, the GT86 is happy to move around in the wet. We’d be tempted to upgrade the tyres if we were using a GT86 everyday over winter, but the rest of the time it’s a brilliant set-up.

It’s a shame, then, that the 2.0-litre four-cylinder boxer engine doesn’t quite live up to the GT86’s dynamic appearance and exceptional handling. Producing 200 hp, it takes 7.6 seconds to hit 62mph when combined with a manual gearbox (only a fool would consider an automatic GT86). You have to work it hard to get its best out of it, but even then it’s not particularly charismatic. It sounds pretty thrashy, and lacks the turbocharged shove we’re all too used to these days.

If safety is your priority, you’re probably not in the market for a back-to-basics real-wheel-drive sports car with a penchant for sliding around roundabouts. As a niche product, the GT86 has never been tested by Euro NCAP. But it does have seven airbags fitted as standard, while its traction control systems do a good job of reigning the car in if you get a bit over enthusiastic (as long as you leave them on, that is).

While we wouldn’t recommend the GT86 for new or nervous drivers, it’s a good introduction to rear-wheel drive sports cars for enthusiasts. It lacks the power to get into any serious trouble, and it’ll teach you a lot more about driving than an over-assisted hot hatch.

Our test car was finished in white pearl paint, a £795 option. While colour is a very personal thing, it’s not the one we’d go for. It’s a car that works well in bright hues, such as pure red (a no-cost option) or GT86 orange (£545). While it’d almost be a crying shame to buy a car like this in a discreet colour, we have to admit it does work well in grey and silver (both £545 options).

Buying a Toyota GT86 is fairly simple: as well as just the one engine choice, buyers get a choice of just two trim levels. The entry level model (starting at £26,410) features highlights such as 17-inch alloys, LED lights and cruise controls; while the £27,560 Pro adds the rear spoiler, partial leather and Alcantara trim along with heated front seats.

Choosing between them comes down to whether you think the extra luxuries are worth an extra grand. In our eyes, they’re probably not, but they will make your car more desirable come resale time.

This comes down a bit to your expectations. The official combined 36.2mpg fuel economy figure for the manual (39.8mpg for the auto) is pretty good for a sports car, we reckon, especially as our time with the GT86 suggests this is fairly easily achievable. But the Mazda MX-5, the GT86’s main rival, returns an eye-opening 47.1mpg in 1.5-litre guise, and even the more powerful 2.0-litre returns 40.9.

When you start comparing it to hot hatches, the GT86’s fuel economy looks equally unimpressive. The Volkswagen Golf GTI, for example, is good for 44.1mpg, while the Honda ultra-powerful Civic Type R returns 38.7mpg.

With Toyota’s five-year 100,000 mile warranty along with fixed price servicing, the GT86 is fairly easy to justify on running costs. It’s a fairly simple car, too, and Toyota repeatedly scores well in reliability surveys. We wouldn’t hesitate over buying a GT86 as a long-term ownership proposition.

Prices start at £26,410 for the entry-level model (and probably the one we’d go for). Options are fairly limited, so even picking the GT86 Pro paired with an automatic gearbox (don’t) you’d struggle to spend more than £30,000 on a GT86.

While you’re getting a fairly unusual sports car for that sort of money, it starts to look expensive when you start to look at rivals. Prices for the Mazda MX-5 start at a much more reasonable £18,495 – while £28,995 buys a top-spec MX-5 RF launch edition powered by the 2.0-litre 160hp engine. Hot hatches offer much more pleasant interiors (and greater practicality) for the money, with the Golf GTI starting at £27,495. 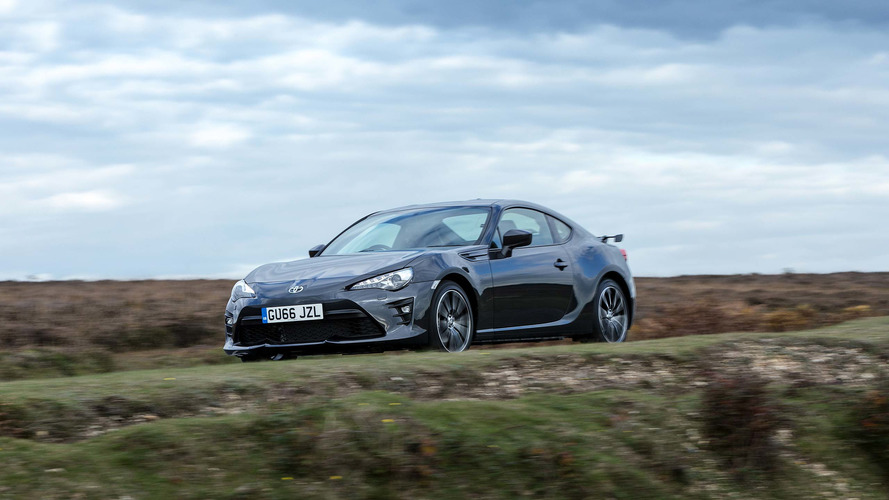