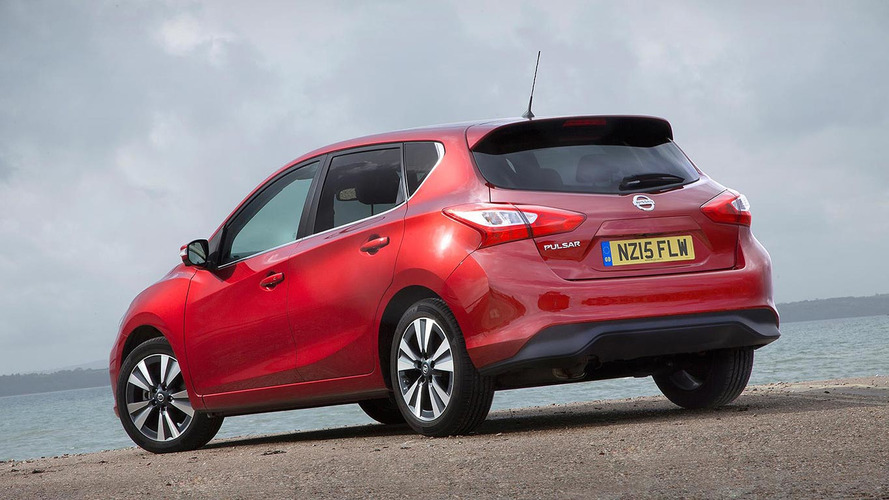 After some time off, Nissan is back with a hatchback.

The Pulsar is Nissan’s re-entry into the mid-sized family hatchback market it deserted in 2006 to launch the Qashqai. Introduced in 2014, and technically the sixth-generation car to bear the name, the Pulsar offers lots of equipment and interior space, with excellent refinement. Safety and technology feature highly, too.

Did you know? At 692mm, the Nissan Pulsar boasts the best rear legroom in its class. Thank a class-leading 2,700mm wheelbase.

The Pulsar re-introduces the concept of a more traditional Nissan family hatchback. With value very much to the fore, there are four trim levels, lots of standard equipment, and an array of safety features. A choice of two petrol and three diesel engines means there should be a Pulsar to suit most pockets, while a class-leading wheelbase and rear legroom enhance the five-door Nissan’s practicality. If you are asking the spacious and practical family hold-all question – and don’t want an SUV – the impressively refined Pulsar may provide the answer.

The Nissan Pulsar looks conventional, taking inspiration from the Qashqai SUV as well as the all-electric Leaf. In fact, if the Leaf was designed to appear less ‘technological', the Pulsar would most probably be the result. The family resemblance is unmistakable.

If there is a downside, it’s that the Pulsar could be mistaken for its Korean Kia Cee’d and Japanese Toyota Auris rivals, as its shape and overall look is very similar. Nissan’s mid-sized hatchback also lacks the classy confidence exuded by the Volkswagen Golf.

The interior of the Nissan Pulsar is a comfortable place to be. There’s a hint of Renault in the way the central console is designed, and chrome touches add a slightly upmarket feel. The plastic strip across the middle of the dashboard has a disappointing ‘wood grain’ texture, but the quality of materials feels robust, enough even if the overall design isn't the most inspired. Thanks to slim pillars, visibility is a Pulsar strong-point.

The five-door-only Pulsar seats five passengers with ease. A class-leading 2,700mm wheelbase means generous legroom for both front and rear occupants. In fact, legroom in the rear is the best in class at 692mm, and the front seats enjoy a wide range of adjustment. A height-adjustable driver’s seat is standard on all Pulsars, with a similarly elevating passenger seat on N-Connecta cars and above.

The Nissan Pulsar has a square-shaped 385-litre boot, which aids practicality. However, like its Leaf stablemate, there is a high lip to load things over. Usefully, all Pulsar models have 60:40 split rear seats as standard, but when folded, there is a noticeable step from the boot floor.

From Acenta trim upwards, Nissan’s Intelligent Key and push-button start system is included, in addition to automatic headlamps and wipers, and an anti-dazzle rear-view mirror. As you might expect from the designation, N-Connecta trim Pulsars include the Nissan Connect 5.8-inch touchscreen navigation and entertainment system, which also features DAB digital radio and a reversing camera.

Tekna-grade cars gain ‘Smart Vision with Around View Monitor’: a comprehensive safety system with colour cameras to deliver panoramic views of the car – including split-screen close-ups of the front, rear and side – to ease parking. There are also lane-departure warning, moving-object detection and blind-spot warning systems, which make up Nissan’s ‘Safety Shield’ technology package.

Two petrol engines and one diesel are offered. Both petrols have direct injection and are turbocharged to provide good performance. The 115hp 1.2-litre DIG-T provides a decent turn of speed, good flexibility, and impressive refinement, while the 190hp 1.6-litre DIG-T offers a genuine step up in performance. The ubiquitous Renault-sourced 110hp 1.5-litre dCi is the only diesel on offer, and it trails the 1.2-litre petrol on get-up-and-go, as well as being noisier on the move.

To drive, the Pulsar isn't as entertaining as either a Ford Focus or Volkswagen Golf, but it is a safe and predictable choice. There’s a fine amount of grip, and the steering is decently-weighted but light enough to make the Pulsar easy to drive in town. The six-speed manual gearbox has a tight feel, while an absorbent ride smooths out lumps and bumps. However, the car can feel unsettled on anything but the smoothest surfaces.

When it was tested in 2014, the Nissan Pulsar scored a maximum five stars from Euro NCAP.

Safety is high on the Nissan Pulsar’s agenda, with every version featuring electronic brake-force distribution and brake assist, plus driver, passenger, side and curtain airbags, electronic stability  control and tyre-pressure monitoring.

There are Isofix child-seat mountings, as well as child-proof locks on the rear doors. Every model bar the entry-level Visia also gets automatic emergency braking, while options such as Smart Vision with Around-View Monitor are available as you move up the range.

Similarly, Nissan’s comprehensive array of ‘Safety Shield’ tech, as well as LED headlamps, can be specified either as standard or as an option on lower grade models.

The Nissan Pulsar’s colour palette is made up of nine finishes, and surprisingly, every paint shade incurs a cost. Alabaster White and Flame Red are the only solid colours available at a £250 premium. Metallic Black, Azure, Bronze, Force Red, Starburst Silver, and Twilight Grey finishes are £575 extra. Pay £745 and you can have Storm White pearlescent paintwork.

Coloured body side mouldings are £180 extra and come in black, grey, silver or grey, while a ‘Chrome’ style pack for the side sills and mirror caps is £278 – and can also be ordered in black or white finishes.

Range-topping Tekna models are well-equipped, with the Around View Monitor, electric folding door mirrors, ’Graphite’ heated leather seats, 18-inch two-tone alloys (not on CVT cars) and a host of complex safety systems all included. Once again, DIG-T 190 cars come with the same additional signifiers as Acenta and N-Connecta.

If it will already hold a family hatchback, the Nissan Pulsar should slot into your garage without fuss. It’s only marginally longer and taller than a Volkswagen Golf.

All Nissan Pulsars come with stop-start technology to reduce emissions and make them more fuel-efficient. The cleanest model is the dCi 110, which has CO2 emissions of 94g/km as a manual with 16- or 17-inch wheels. Versions with 18-inch rims emit 4g/km more. The cleanest of the petrol models is the 1.2 DIG-T 115, at 117g/km – again, with smaller wheels. Emissions of the DIG-T 190 start at 134g/km.

Unsurprisingly, it’s the diesel Pulsars that can claim to be the most economical, at 78.5mpg (74.3mpg with 18-inch rims). While, at 47.9mpg, the 1.6 DIG-T 190 drinks the most fuel over the combined cycle. The smaller-capacity 1.2-litre petrol is a nice compromise between the two, with quoted economy of 56.5mpg. The Xtronic CVT automatic gearbox is around 1mpg more economical according to Nissan’s official figures.

Under current VED rates, the Pulsar costs from £0 to £130 per year to tax, while Benefit in Kind rates for company car drivers run to start at 24 per cent for the highest-specification Tekna DIG-T 190. The dCi 110 is again the winner here, with the lowest rate of 18 per cent. Sitting in groups from 10-18, the Pulsar shouldn’t be too taxing on the wallet when it comes to insurance either – no doubt helped by its wealth of standard safety kit.

Sharing many components with the popular Qashqai SUV, the Pulsar generally has good reputation for reliability. However, some issues with build quality have been reported, and the service of the Nissan dealer network has come in for criticism, too.

Nissan offers a standard three-year/60,000-mile warranty on the Pulsar, as well as a 12-year corrosion guarantee. Service intervals are every 12 months/12,500 miles for petrol variants, and while annual checks for diesel models are also recommended, these get away with 18,000-mile gaps between maintenance.

Extra-cost service plans are also available, and Nissan also promises to provide free car health checks, a courtesy car when a service is being carried out, and to match prices for maintenance. 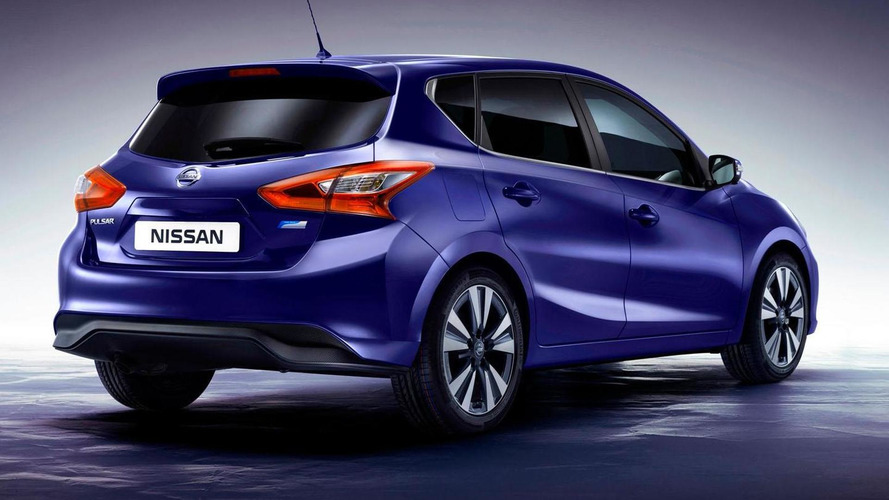