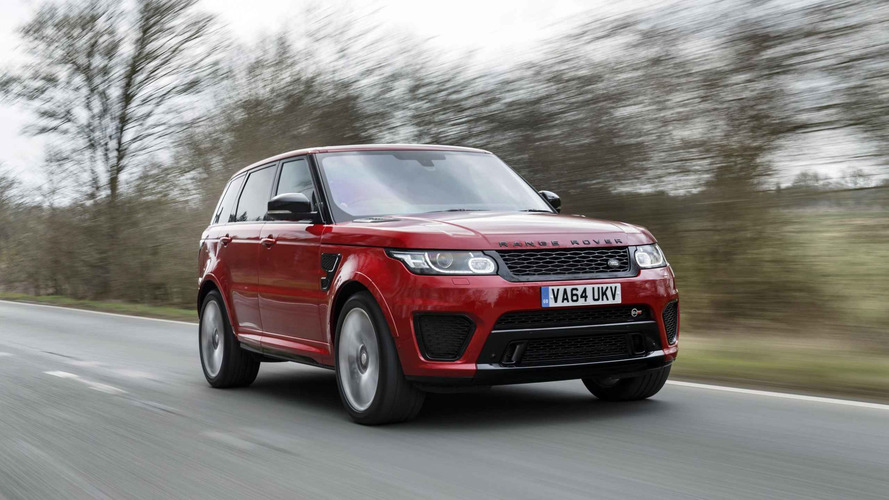 Once seen as a bit of a tearaway and a footballer’s wife special, the Range Rover Sport has matured into a subtler car than the original, one that is lighter and more economical, and is far more practical thanks to optional seats for seven. Its quality is as good as its handling and ride, and it’s still astonishing off-road. Can it keep up the pace against talented German and Japanese opposition, though?

Did you know? The original Range Rover Sport concept was called the Range Stormer and it had insane Lamborghini-style doors.

It is hard to conceive of a more appealing product than the Range Rover Sport. Quite apart from the sheer brand appeal of the twinned Land Rover and Range Rover badges, it manages to be luxurious, but still reasonably subtle (as much as two-tonne-plus SUV can be anyway…), good to drive, comfortable in which to ride, and damn near unstoppable off-road. A 2.0-litre twin turbo diesel engine brings welcome lower emissions while the supercharged V8 SVR is just loveably bonkers.

The Range Rover Sport treads a carefully-defined line between being sufficiently good looking and appealing in its own right, bearing enough cues from the bigger Range Rover to be counted as part of the family, yet not looking quite so grand as its bigger, more expensive brother. Restyled slightly in 2016, the Sport now has reshaped bumpers and some mild design tweaks that should keep it feeling fresh in the face of new opposition and in-house competition from the mechanically-similar Discovery.

It could be argued that cars such as the Range Rover Sport are fast becoming socially unacceptable, but the Sport manages to somehow glide past such objections, perhaps thanks to looking a little less aggressive than its German rivals. Either way, the badge and brand appeal are just about unbeatable.

It can certainly still be argued that the Range Rover Sport (along with the rest of the current Land Rover family) has a cabin that’s just a touch too plain in its layout and design, and which cannot compete with ritzier interiors offered by such rivals as the Audi Q7, BMW X5, and Maserati Levante. That’s pretty much true as it goes – in isolation, the Range Rover’s cabin looks good, is immensely comfortable (those front seats are amongst the most cosseting you can sit upon) and is well made. Jump into a Q7 or an X5, though, and you’ll soon see that the Range Rover is lacking slightly in both quality and design. It’s still a nice place to be, but Land Rover needs to give its interior design team a bit of a gee-up.

If there’s one thing any car with a Range Rover badge has to be, it’s practical and the Sport steps up to the plate rather nicely. You can optionally add two folding seats in the boot (which can be raised and folded away electrically), but there’s not much space in those seats, it must be said (in spite of a middle row that can slide back and forth by 100mm). However, they are good for occasional or emergency use, and certainly boost the Range Rover Sport’s appeal to (doubtless wealthy) families. Land Rover notes that those boot seats are not suitable for children who still need a full-size car seat, but just those old enough to need a booster cushion.

Land Rover quotes a maximum possible five-seat luggage space of 784 litres, which increases to 1,761 litres when you fold the rear seats flat. That makes the Sport enormously practical; albeit those who are seeking maximum possible cargo space might possible prefer to swerve across the showroom towards the Discovery.

Land Rover, along with its sister company Jaguar, is pushing hard on its infotainment and connectivity options these days, keen not to let rival brands gain any ground in this critical market. Even the most basic Sport now comes with the 10-inch InControl Touch Pro infotainment screen, which is a big improvement, both graphically and functionally, on the smaller eight-inch version. That comes with Bluetooth and USB connections, DAB radio, and a TFT ‘virtual’ digital instrument panel, which does help to lift the interior ambience compared to the older Sport model’s analogue dials. The system can be controlled from a smartphone app, which includes locking and unlocking, engine start, and vehicle status updates. Additionally, you can use a route-planner app to figure out your destination at home and share the details with the in-car navigation system (also standard). That can also manage door-to-door route planning, which can include public transport system use. There’s voice recognition, street level images of your destination to help you find parking, Apple Watch connectivity, an in-car Wi-Fi hotspot, a vehicle tracker, an optional 1,700-watt Meridian sound system, remote activation for the heating system, mood lighting, a powered, gesture controlled tailgate, soft door closing, and rear seat entertainment systems with either eight- or ten-inch screens.

For something that weighs this much (2,115kg at its lightest possible) the Range Rover Sport is seriously satisfying to drive, even if you have to accept that the steering is a little light and a little long-winded and that the nose will take a second or two to coax into a corner. That’s true too of pretty much all of its rivals, and once you’ve realised that the best way to drive it is the old slow-in, fast-out technique, then the RR Sport rewards.

That steering might be a touch slow, but it feels great, with actual feedback, and the way the air suspension (standard on all but the most basic possible model) deals with the body’s weight and the demands of keeping to a cornering line is just fantastic. Yes, it will roll in corners (of course it will, have you seen how tall it is?), but it’s controlled and contained by active hydraulic anti-roll bars, and there’s torque vectoring to ensure that the power is going to the right wheels. The ride quality is excellent – except around town where short, sharp impacts can make themselves felt.

Off-road, thanks to the sort of approach and departure angles that only Land Rover would build into a car, thanks to permanent four-wheel drive with switchable Terrain Response, thanks to as much as 278mm of ride height and locking differentials, the Range Rover Sport is essentially unstoppable, really limited only by how chunky the tyres you’ve chosen are.

The 240hp 2.0-litre twin-turbo SD4 diesel engine is actually perfectly adequate as far as performance goes, with a 0-62mph time of 8.3 seconds. Of course, the trusty 3.0-litre SDV6 six-cylinder diesel engine is slightly more appropriate to the Sport’s high-class aspirations, and is terrifically refined and has more-than-decent punch. The Hybrid has impressive figures both in terms of performance and economy, but it’s an expensive solution. King of the engines is surely the 4.4-litre V8 diesel, an ageing unit now but one capable of astonishing refinement and a sub-seven-second 0-62mph run.

You can have a petrol Range Rover Sport if you like, but while the supercharged 340hp V6 petrol is smooth and pleasant, you might as well upgrade to the storming 5.0-litre supercharged V8 with 510hp in standard form or 550hp in bonkers SVR high-performance form.

Euro NCAP has not tested the Range Rover Sport, but it has tested the full-sized Range Rover, which shares a chassis, engines, and safety systems with the Sport. The Range Rover received a five-star safety rating, and we’d expect the Sport to do similarly.

Helping it to do so is a raft of electronic safety systems that begins with Terrain Response, which can alter the four-wheel-drive system, differential locks, traction control, and ride height to suit mud, snow, ice, grass, gravel, and sand. There’s an optional head-up display to help you keep your eyes on the road, and semi-autonomous electronic assistants, including radar-guided cruise control with a traffic jam assistant, autonomous emergency braking, blind spot detection, driver attention monitor, a surround camera system, active parking aid, trailer reversing assistant, All Terrain Progress Control (which can get you moving in slippery conditions), Xenon headlights with automatic high beam, plus the usual Land Rover array of off-road and tough-condition abilities, including an 850mm wading depth.

The Range Rover Sport is well equipped as standard, but as ever with cars in this price range, it’s important to remember that the options list is long, tempting, and expensive and it’s not hard to double the price of your Range Rover Sport.

If you can't quite squeeze a full-sized Range Rover onto your driveway, then you need a bigger house…

There’s a bit of a sharp divide here between the petrol and the diesel engines. You’d expect the V6 hybrid to be the best performer, but it’s not. With official economy of 45.6mpg and emissions of 164g/km, it’s actually perfectly matched by the far more affordable 2.0-litre SD4 twin-turbo diesel engine. The 3.0-litre SDV6 engine manages a reasonable 40.4mpg on the combined cycle and 185g/km of CO2. The 4.4-litre V8 diesel is quite thirsty though – 33.6mpg and 219g/km, although it’s worth remembering that a V6 diesel Range Rover Sport of the previous generation would have struggled to match those numbers.

Running a petrol-engined Range Rover Sport will involve a second mortgage for mere mortals. The 3.0-litre supercharged V6 is bad enough at 26.9mpg and 243g/km, but the supercharged 510hp V8 manages just 22.1mpg and 298g/km. And the 550hp SVR? It actually manages the same as the 510hp engine, which is some sort of achievement.

The Range Rover Sport has had 11 recalls for everything from fire risk to faulty airbags to detaching wheel nuts to doors that fly open. That’s not a great record when you consider that Land Rover is already struggling against a reputation for variable quality. The cars we’ve tested have all been fine, but the brand has a long way to go to prove that it can make solidly reliable cars. As standard all models come with a three-year, unlimited mileage warranty, which can be extended to as much as ten years and 100,000 miles at extra cost.

The introduction in 2016 of the 2.0-litre four-cylinder SD4 engine has brought down the price of entry to the Range Rover Sport, and you can get an HSE SD4 for just under £60,000 on the road. That’s the only one under £60k though, and you’ll have to find £63,000 for a V6 diesel, and a whopping £75,000 for a hybrid, although that does also involve upgrading to HSE Dynamic trim. 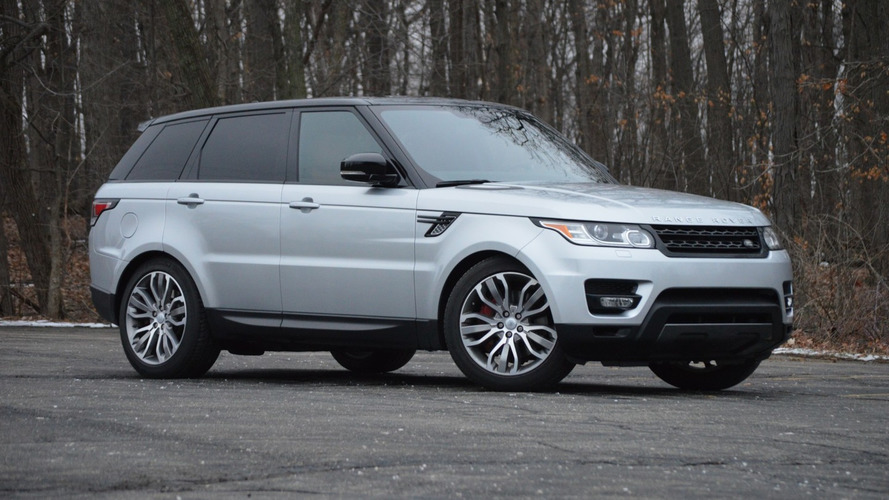