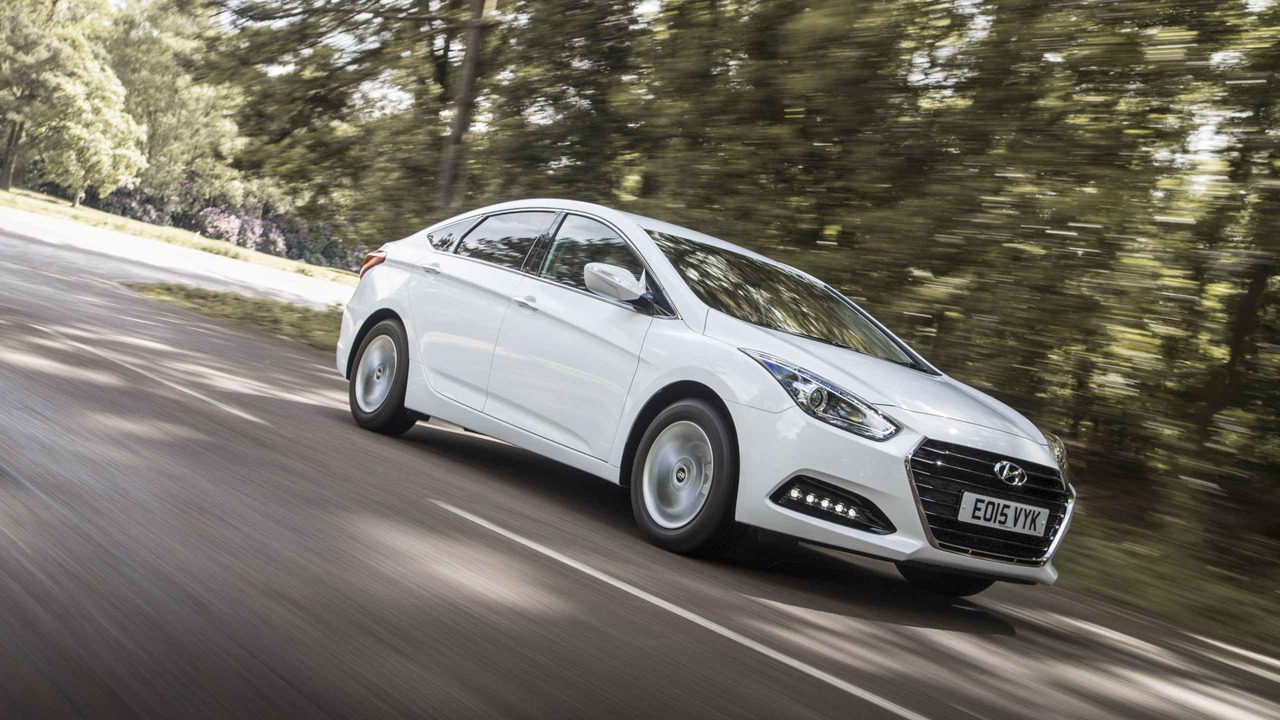 A loyal companion that's nothing to write home about.

First seen in 2011, the Hyundai i40 is the Korean giant's rival to the likes of the Volkswagen Passat, Ford Mondeo and Vauxhall Insignia (not to mention its own sister brand Kia's Optima). A steady and straightforward four-door family saloon, of the type that once sold so well before we all went SUV crazy, the i40 is a sensible choice, if not exactly a heart-stopping one.

There really is very little about the i40 that you can objectively criticise. It’s smooth and refined to drive and the 1.7 CRDi diesel engine is exceptionally economical. The cabin is well-made and spacious, the boot large and useful and the safety and technology levels both reasonably high. It will never get your pulse going with excitement, but it’s good value and a solid workhorse for both family and work.

You certainly couldn’t call the i40 ugly, but neither is it dramatically beautiful or especially memorable. Hyundai updated the styling of the i40 in 2015, with a new more square-edged grille (meant, it seems, to mimic Audi), square-edged lights, and some changes to the bumpers and body trim. It was an effective update, giving a familiar car a pleasing new face without actually changing it all that much, but the i40’s relatively quiet styling is shown up by the more dramatic looks of its cousin, the Kia Optima, not to mention the bluff, American handsomeness of the Ford Mondeo.

As with almost all Hyundais, there’s nothing wrong with the quality of the i40’s cabin. Quite the opposite – it’s exceptionally well made. It’s also very comfortable with excellent, if dowdily-trimmed, front seats and a nice, laid-back driving position (so much nicer than all those upright SUVs…). The layout of the cabin is slightly off though. That big centre console, which bulges out from the middle of the droopy dashboard, looks a bit old-hat at this point, and some of the switchgear, notably the button for the rear-window de-mister, is located too much of a stretch away from the driver. The main dials are also starting to look a bit out of date now, especially compared to the like of Volkswagen’s Active Info Display digital instruments.

Practicality is the i40’s strongest suit. There’s a 525-litre boot out the back, and space in the rear seats is excellent, with leg-stretching room for tall passengers. Up front, there’s plenty of oddment stowage space and a deep centre armrest storage box. You have to spec it up to quite high levels to get simple things such as a luggage net, though, which seems a little stingy.

Basic i40s come with an RDS stereo with Bluetooth and USB connectivity, voice control, an electric parking brake and steering wheel controls for the stereo. SE Nav models get a touchscreen with sat-nav, DAB radio, cruise control and a rear-view camera. To that you can add keyless entry and ignition, and an LCD colour display in the instrument panel. Apple CarPlay and Android Auto are standard on SE Nav and above, and all models get a Drive Mode Selector for choosing between Sport and Normal driving styles.

There’s little to complain about the i40 here; for the most part it is perfectly pleasant to drive. The steering has little feedback, but it’s nicely weighted and the i40 doesn’t feel at sea on a twisting back road. It’s better suited to long motorway runs, though, which make the most of its well-controlled ride quality and all-round refinement. Hyundai has specified the i40 with quite gentle spring and damper rates, so it lopes along in long-legged, comfortable fashion.

The i40 only comes with one basic design of 1.7 CRDi diesel, in either 115hp or 141hp forms, and the only other drivetrain option is the seven-speed TCT automatic gearbox. The lack of choice is perhaps a little disappointing, but that's ameliorated by the fact that the 1.7 is generally a very good engine, with decent performance and economy and good refinement.

The 141hp engine is the pick of the (small) pack in this case. In reality, it’s not much thirstier or worse off in emissions terms than the 115hp, and it’s much more flexible on the open road.

Hyundai has since upgraded the i40’s safety package, and items such as dusk-sensing headlights are now standard across the range, as are seven airbags (nine airbags are available on higher-spec models thanks to optional rear side airbags). You also get electronic stability control, hill-start assist, active front head restraints, brake assist, ISOFIX points on the outer two rear seats and emergency stop hazard flashers. Active headlights with auto high beam, lane-keeping steering and traffic sign recognition are available as options. However, Hyundai has not yet added more up-to-date systems such as autonomous emergency braking, blind spot monitors or pedestrian detection.

It’s quite a large car, the i40, just over 4.7 metres long, so make sure you’ve got a roomy driveway for it.

The i40 comes with only one engine, a 1.7-litre diesel, offered in two power outputs – 115hp or 141hp – and with either a manual or a dual clutch automatic gearbox. Choose any of those versions and you are getting a very economical car. The 115hp version has official economy and emissions figures of 67.3mpg and 110g/km, while the 141hp version returns 65.7mpg and 114g/km. The same engine with an automatic gets 56.5mpg and 129g/km of CO2. The 115hp model can genuinely break the 60mpg barrier in daily driving, while the 141hp version isn’t far behind.

Hyundai previously offered a 1.6 petrol version of the i40, but dropped it because most of the model’s sales were to fleet customers who weren’t picking the petrol option.

The i40 has never had a major recall, and given that it comes with a five-year, unlimited mileage warranty, we wouldn’t expect anything other than pretty solid reliability.

For the most part, the i40 is pretty well priced, starting at just over £21,000 and coming with decent equipment as standard. That makes it a touch cheaper than the basic Ford Mondeo, but with more toys on the base model. It’s also around £2000 cheaper, model for model, than a Volkswagen Passat. You can get a Mazda6 for less, but that’s the petrol model so it isn’t directly comparable. 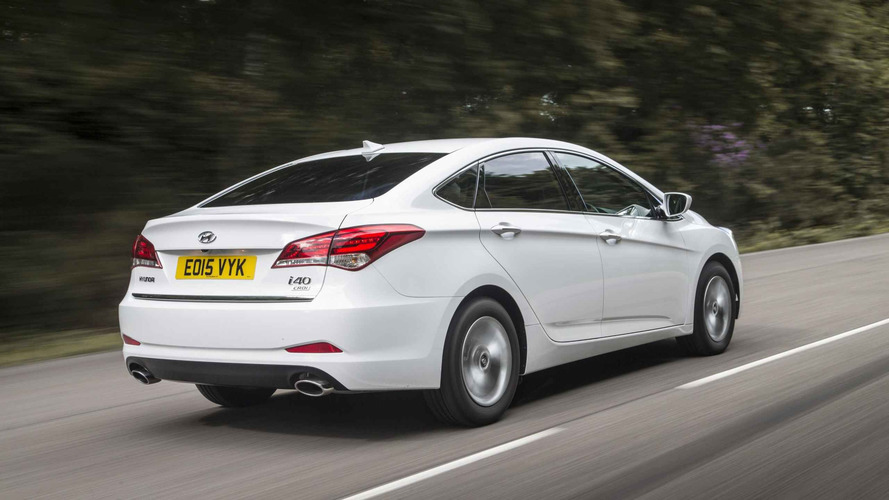