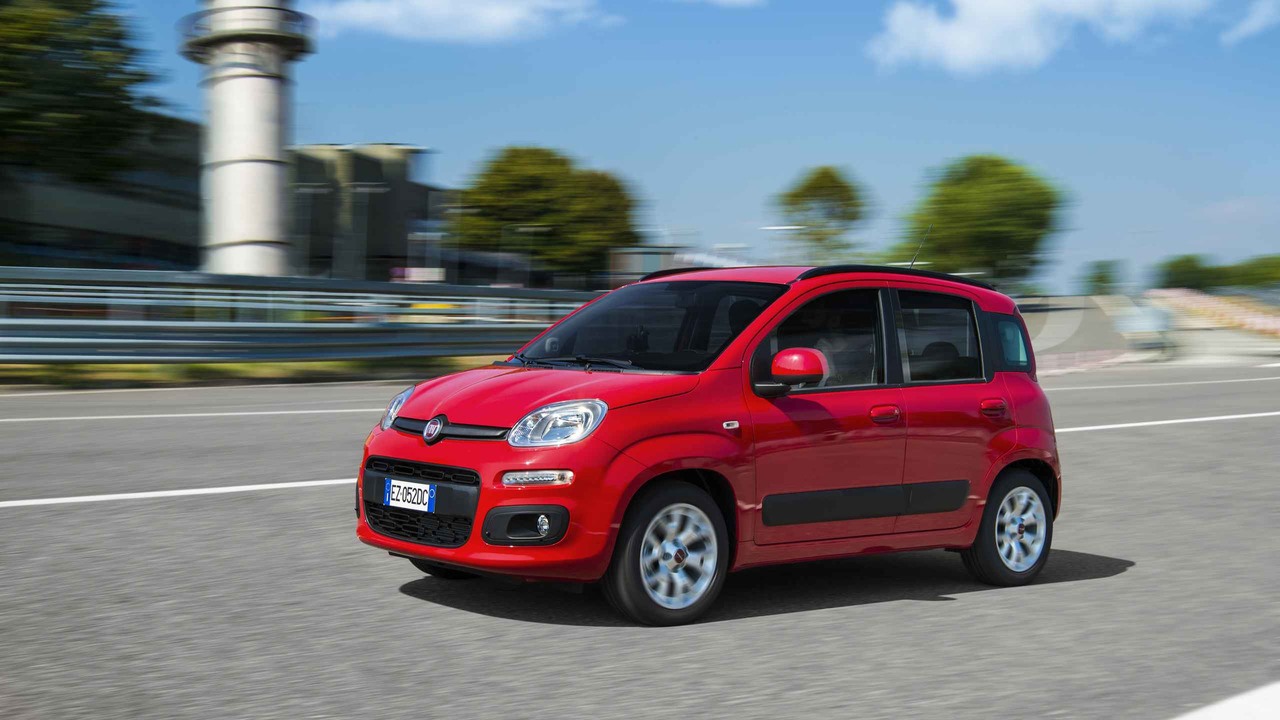 The flawed Panda that is far from endangered.

A classic name, now in its second regeneration, the Panda is a perfect example of that old adage that Fiat is at its best when making small cars. True, there are rivals that are far more sophisticated, but the Panda is much more fun to drive than most, relatively practical and definitely amongst the best to look at. It lacks, perhaps, the modern classic status of its illustrious original, but it’s a very fine modern city machine.

Did you know? The second-generation Panda was going to be called the Gingo, until Renault complained that it sounded too much like Twingo…

Far from perfect, but very charming nonetheless, the Panda is in many ways the epitome of Fiat, and Italian cars in general – flaws and design quirks that would be unforgivable in a German or Japanese rival are here given a free pass simply because of the charm factor. To the Panda’s credit, it’s well made and quite good fun to drive, but it is an ageing design that's finding it hard to keep up with younger pretenders.

There is, sadly, none of the right-angle purity of the original Giugiaro-designed Panda, and nor is there the cute retro recreation looks of the Panda’s closely related sister car, the Fiat 500. But there is a sense of difference about the Panda, a sense of it looking rather more interesting than many rivals. There’s none of the common-sense styling of the Volkswagen Up, nor is there the plain and simple lines of a Hyundai i10. Instead, you get a curved, slightly cheeky looking car, bedecked with various squares with round edges, which Fiat calls ‘squircles’ and which give the Panda much of its visual character. It’s more distinctive than most rivals, which has to be good.

The Panda Cross, a beefed-up version of the Panda 4x4, is genuinely bonkers looking with its protective panels and exposed towing eyes. It looks like a toddler has gone mad in a branch of Millets, but that’s kind of cool, in a way.

Fiat’s image is, perhaps, a long way from its peak at the moment, but at least the Panda is playing in the brand’s traditional wheelhouse – the small, affordable city car with a dash of fun to go with its fuel savings.

The current Panda has been with us since 2012, and in the cabin that age shows up rather badly. The driving position at times feels rather like balancing on a bar stool, and taller drivers will find that their left leg is in constant contact with the centre console. Comfortable on a longer journey the Panda is not. The overall build quality of the cabin is pretty decent though, and those who are wary of the Fiat brand might like to know that the quality rating of the Polish factory where the Panda is built is actually quite high. That won’t help you read the slightly awkward dials (they’re also squircles) nor cope with the slightly cramped cabin, but them’s the breaks.

For such a tiny car, the Panda actually has a surprisingly long 2.3-metre wheelbase, but that doesn’t translate into voluminous cabin space. It’s not bad for the class, but a Hyundai i10 in particular feels noticeably more spacious inside. Fiat has tried to maximise the cabin room by perching the seats up high, which is all well and good, but it’s not much help when it comes to comfort. The boot is surprisingly decent though – 225 litres in a car this size isn’t bad, and you can expand that to 870 litres if you fold the back seats, but those back seats don’t actually fold flat, which is slightly limiting.

There’s no touchscreen in a Panda so don’t go looking for it. Instead, there’s a uConnect app that you can download for your smartphone, which can then be mounted in a holder on the dashboard. That allows you to use your phone as an extension of the car’s infotainment system, including getting servicing and maintenance alerts, integrating the phone via Bluetooth, using audio streaming, getting real-time weather, and connecting online radio services such as TuneIn. It does depend on your phone being good enough, though, and there are no add-ons such as a Wi-Fi hotspot or anything even close. DAB radio is available as an option.

The Panda actually has surprisingly good steering. It’s not the last word in feedback, and you won’t be mistaking it for a product of Lotus anytime soon, but it’s fast and feels good and makes the Panda an agile little companion whether ducking through town or diving along a country back road. It’s a tall, narrow car, so don’t expect miracles with the handling, but that long wheelbase (relative to the overall length) means that the Panda is surprisingly good fun to chuck about, and is quite stable and sure-footed too.

All of that goes double for the 4x4 and the Cross versions, which can find traction in places that even Land Rover Defenders dare not tread. They’re hardly a bargain price, the all-drive Pandas, but are simply amazing off-road, and owners will be the smug ones if winter hits with full force this year.

Engine-wise, you’re best off with the ancient, but game, 69hp 1.2-litre petrol option, which dates back in its basic form to the original Fiat Uno of the eighties. Old it may be, but a 0-62mph time of 14.2 seconds is at least respectable for the class, and it’s a happy little engine, at its best singing its head off. The much more sophisticated 85hp 895cc TwinAir two-cylinder engine is more brisk, with a mere 11.5 seconds needed to hit 62mph, but it’s a more expensive car, which kind of misses the point of the Panda.

You can get a 95hp 1.3 MultiJet diesel in the 4x4 and Cross if you like, but don’t go thinking that they’re quicker – a12.5-second 0-62mph sprint merely splits the difference between the 1.2 and the TwinAir. And the diesel is very raucous.

Tested in 2011 by Euro NCAP, the Panda received a decent four out of five stars safety rating, with an 82 per cent adult occupant score, 63 per cent child occupant, 49 per cent pedestrian safety, and 43 per cent safety assist. In 2013, Fiat received an Advanced Reward award from NCAP for its City Brake Control autonomous emergency braking system, which is optional for the Panda.

You can paint your Panda in a choice of six ‘Pastel’ colours, including Tango Red, Ambient White, Tropicalia Yellow, Sicilian Orange, Darkwave Black, and Sweet Candy Beige. Metallic options include Tuscany Green, Anthracite Grey, Active Grey, and Mediterranean Blue. There are also various stickers and decals that you can order for the exterior.

The Panda is utterly tiny and perfect for nipping into and through tight spaces in town.

This is, after all, the whole point of a Panda. You put up with its awkward driving position and small back seats because it’s going to cost you buttons to run. And so it proves. The basic 1.2-litre returns 55.4mpg and 119g/km and it should get close to that economy figure in real life. The TwinAir promises better (67.3mpg and 99g/km), but in our experience it’s a tricky engine from which to extract the best economy. The 1.3 diesel puts in a disappointing on-paper performance, with an official 64.2 mpg and 117g/km, thanks to the weight and drag of the four-wheel-drive system. Worth noting that economy for all models takes a major hit on the motorway as the Panda is quite short-geared.

The Panda has been recalled three times, for faulty seatbelts, headlights, and transmission mounts, but again it’s worth stating that it’s a better-built car than you might think and that Fiat’s Polish factory has a good rep for quality. All models come with a three-year, unlimited mileage warranty, a three-year paint warranty, and an eight-year anti-perforation warranty.

The word you’re looking for here is 'cheap'. The Panda’s basic list price may look slightly high at just over £9,000, but you’ve just got to keep an eye out for offers. Fiat dealers are keen discounters and it’s not unusual to see as much as £2,000 knocked off the price of a Panda before you’ve even got in the door. The TwinAir is as much as £2,000 more expensive than the 1.2, model-for-model, which makes it a bit silly really. Not as silly as the £14-16k asked for a 4x4 or the £16-17k Fiat wants for a Cross, mind.