The two-seater is beginning to show its age.

Mercedes-Benz’s two-seat roadster, previously badged 'SLK'. It’s the familiar posh sports car with a folding metal roof and a range of high-performance engines, and which offers a diesel version that you won’t find in some rival line-ups. There’s even an AMG model with a twin-turbo V6 under the bonnet, but while there are plenty of reasons to buy the Mercedes SLC, it lags behind many key competitors for driving pleasure and it is starting to feel its considerable age.

Did you know? While it might have an SLC badge, the Mercedes roadster is actually just a facelifted Mk3 SLK, rebadged.

There’s a lot to recommend – and like – about the Mercedes SLC, even though it’s essentially a stepped evolution of the original 1996 SLK. There’s the cachet of owning a convertible with a prestigious Mercedes badge on its nose and, provided you’re not driving it hard, there’s a definite feel-good factor to rumbling along with the folding metal hardtop stowed away. Additionally, there’s plenty of modern equipment to make life comfortable and the engines are strong from base model to range-topper.

But despite the use of fresh SLC badging introduced during a facelift in 2016, it is impossible to disguise the SLK heritage – and the SLK has never been the most exciting convertible to drive. That’s true of the SLC, too, which lacks the scintillating steering feel or exquisite damping of the Porsche 718 Boxster, while it’s not as polished in all departments as the Audi TT Roadster, either. 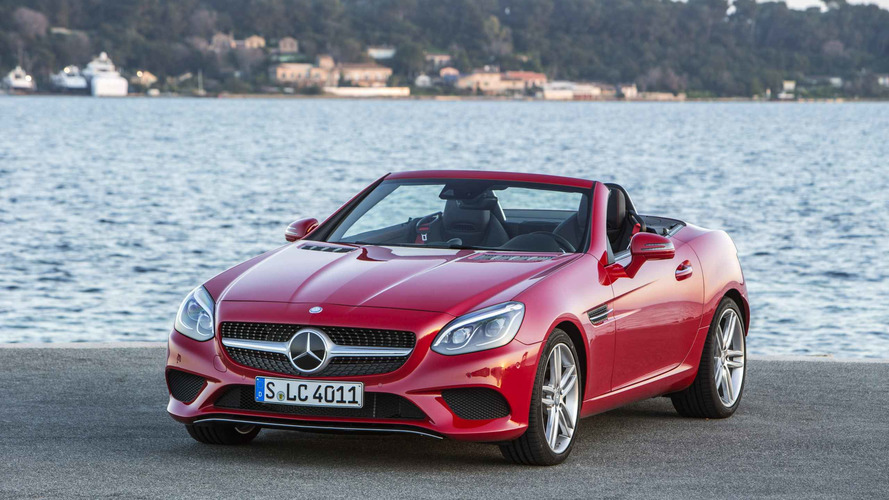 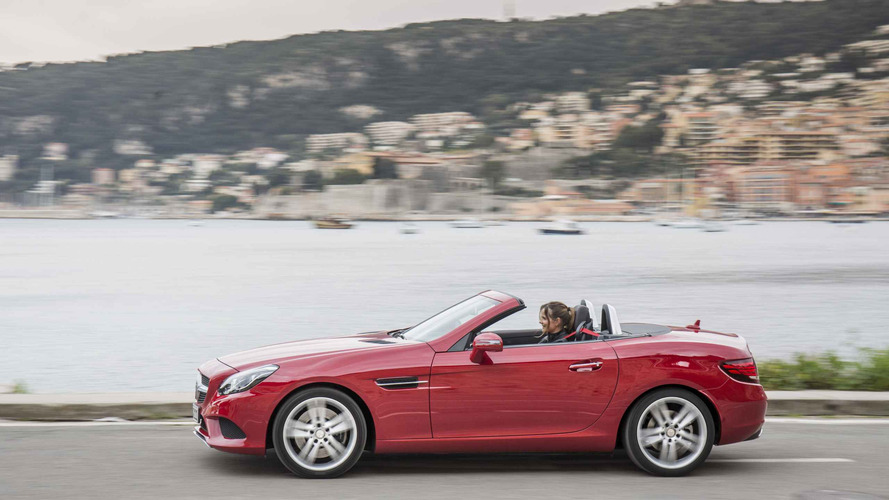 The shape of the Mercedes SLC should be familiar to you, as – with its long bonnet and stubby rear – it’s two generations evolved from the original SLK. These are classic roadster proportions and there’s little doubt the SLC still cuts a dash among the mainstream hatchback fare clogging up the roads. But there are rivals that are far more striking to behold, like the Audi TT and Jaguar F-Type.

A quick note on differences to exterior styling from trim to trim: the entry Sport looks pretty smart, but one grade up is AMG Line, which gets revised bumpers with added visual aggression and larger 18-inch alloys, plus a grille featuring chrome pinpoints. It’s designed to look like the full-on Mercedes-AMG SLC 43 at the top of the range and it’s a successful job. 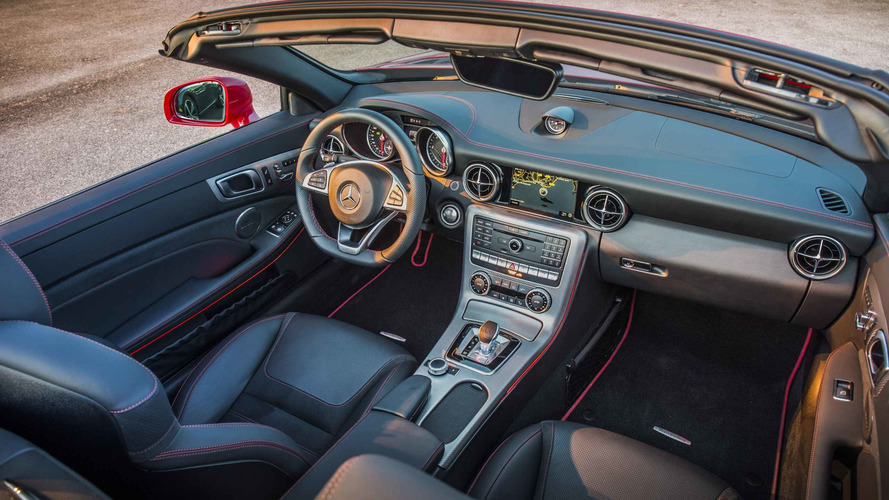 Like all Mercedes interiors, the SLC’s intimate cockpit is built well and features some high-quality trim, so it feels suitably premium – and the sports seats on all models are extremely comfortable and adjustable every which way but loose. However, it’s an old, button-busy design with a small screen for the infotainment sandwiched between the air vents. It’s by no means a bad cabin at all, but compared with the Porsche, Audi and Jaguar rivals, it’s not quite as appealing and it’s beginning to look dated.

As roadsters go, the SLC is one of the more useable day-to-day, thanks to a sizeable 335-litre boot (on diesel models it’s reduced to 285 litres) with the roof in place – knock off 110 litres with the hood folded away. And, while fabric-topped convertibles are hardly leaky these days, that metal top offers all-weather peace of mind and security. The SLC also can be had with some cost option features that make open-air driving more comfortable, like Airscarf neck-level heating and the Airguide plastic rotating wind deflectors hidden behind the rollover hoops. 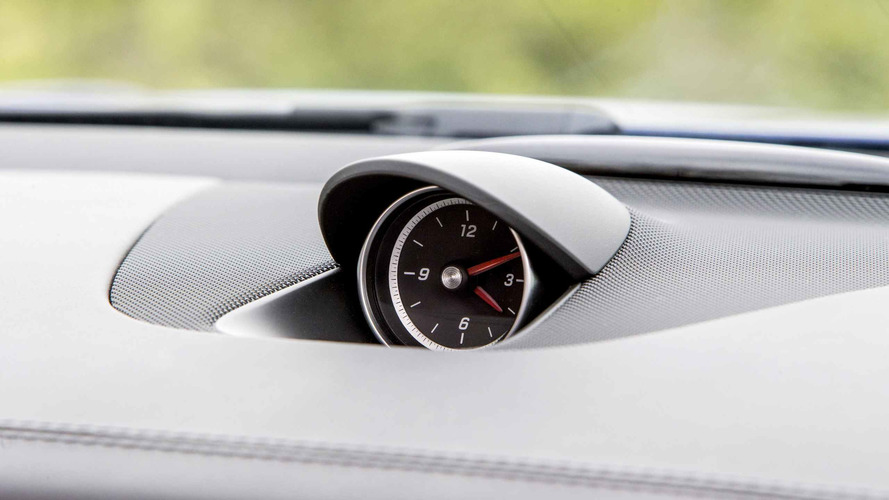 All models get Bluetooth, DAB radio, a high-resolution seven-inch media display in the dashboard and two USB ports, but it’s only the AMG 43 that benefits from Garmin sat-nav as standard; it’s an option on other SLCs. Optional Magic Sky Control brings in a panoramic sunroof in the roof panel in which the opacity can be controlled from within, a very clever system which uses electrochromic technology within the glass.

All models get a four-speaker, MP3-compatible 'Audio 20' set-up with CD player as standard, but Mercedes is known for its collaborations with prestige sound system manufacturers. You can have 500-watt, 10-speaker Harman Kardon Logic 7 audio with a 10-channel amplifier if you're willing to pay the extra. In the SLC’s compact cabin, that’s more than enough sonic power. 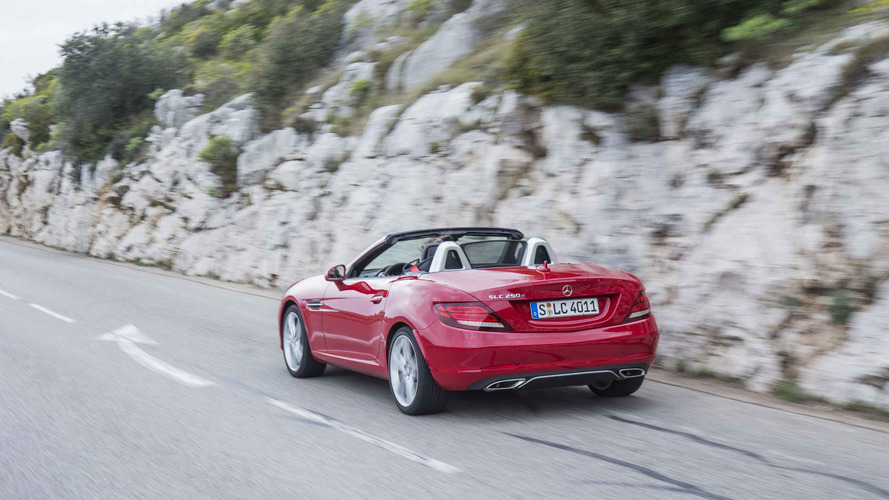 There’s little to complain about in the motive power, not least because Mercedes is one of the few manufacturers to offer a premium roadster with a diesel engine. The SLC 250 d, the biggest seller in the UK, it features a 2.1-litre twin-turbo motor which delivers 204hp and a huge 369lb ft of torque, enough to propel it from 0-62mph in 6.6 seconds: performance, frugality and style in one package.

That engine’s not big on thrills, though, and it doesn’t sound particularly good either, so look to the petrol options. For regular SLCs, there’s one 2.0-litre turbocharged four-cylinder petrol engine in two power trims: it produces either 184hp and 221lb ft in the 200-badged car, or 245hp and 273lb ft in the 300.

For the ultimate in SLC performance, however, the AMG is the winner. Its 3.0-litre twin-turbocharged V6 makes 367hp and 384lb ft, enough to give the SLC near-supercar performance, with a 0-62mph sprint of 4.7 seconds and a 155mph-limited top speed. In fact, even the slowest SLC only takes 7.0 seconds to do the benchmark acceleration, showing how fast the range is.

All models come with a nine-speed '9G-Tronic' automatic as standard, except for the 200 which has a six-speed manual; here the auto is a cost option. Drive goes to the rear wheels and the regular cars can be fitted with a Dynamic Handling package including adjustable dampers, while the SLC 43 gets its own AMG Ride Control upgrade.

The thing is, while all SLC models are reasonably accomplished in the curves, they’re not brilliant – not even the AMG, which requires a ‘point-and-squirt’ approach to driving enthusiastically. Part of the problem seems to lie with the intrinsic structure of the car, which allows too much flex in the body during high lateral-g loads in a corner to the detriment of precision and finesse. The SLCs are comfortable, highly refined cruisers, the AMG slightly less so with its firmer ride, but they are not engaging sports cars in the manner of the Porsche 718 Boxster or Jaguar F-Type. Even the Audi TT is a more enjoyable steer than the Mercedes. 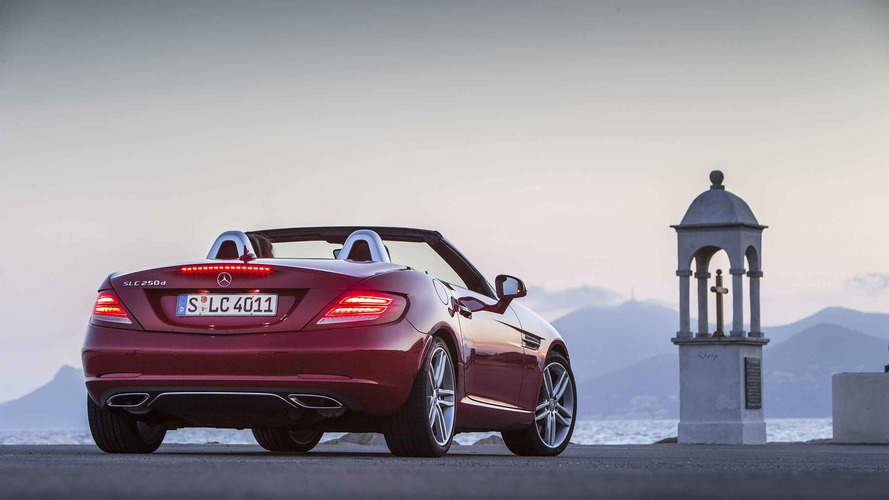 For a smallish, open-top car, the Mercedes is packed with safety gear. There’s a full gamut of airbags clustered around the occupants and a whole host of standard equipment that would no doubt see it bag a five-star Euro NCAP rating, if only it had been tested (the original SLK picked up four stars in 2002). Included are Active Brake Assist, the Attention Assist driver fatigue monitor, an active bonnet for pedestrian protection, ABS, ESP, Pre-Safe (which tensions the seatbelts and closes the windows if it thinks the car is about to crash), and rollover protection. Options include Blind Spot Assist, Lane Keeping Assist, and Distronic adaptive cruise control, which are bundled into handy tech packages. 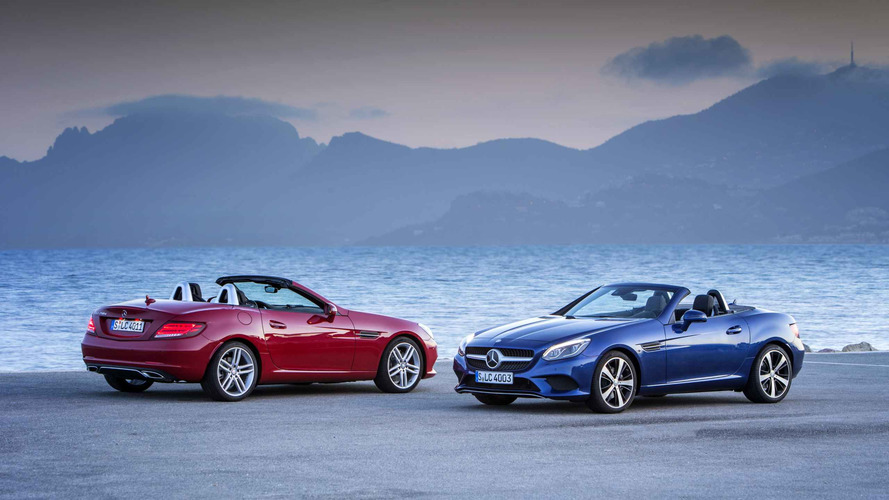 Mercedes is generous, by modern standards, in offering not one but two no-cost option colours for the SLC. Don’t get too excited, though, as they are both solid, monochrome finishes: choose from Black or Polar White. Metallic paints are Obsidian Black, Iridium Silver, Brilliant Blue, Indium Grey, Diamond Silver, and Selenite Grey. Paints with the word ‘designo’ in front of them are more expensive again, with Diamond White Metallic, Hyacinth Red Metallic, and Magno Cerussite Grey.

For the regular line-up, there’s Sport and AMG Line; the 250 d and 200 can be had in both, whereas the 300 is AMG Line only. The high-spec Mercedes-AMG SLC 43 is considered a trim line in and of itself. Sport SLCs include 17-inch alloys, cruise control, air conditioning and a wind deflector among more. AMG Line is several thousand pounds costlier and brings in the body styling, AMG-influenced interior, 18-inch alloys, bigger brakes and 10mm lower sports suspension. It also upgrades the cloth seats to leather. The 43 benefits from a huge amount of AMG technical know-how in the chassis department, as well as that stonking V6 engine.

Unless you’re going for the expensive AMG 43 – our favourite SLC by some distance – there’s a good case to be made for choosing the 250 d, to maximise the car’s cruising capabilities. However, admirable though that diesel is, we think a convertible should have a petrol engine, simply for the sound it makes, and the 200 Sport 9G-Tronic offers quick enough performance for one of the SLC’s lowest price tags.

Compact roadsters like this do not have a big footprint. Folding the Merc’s mirrors in reduces its width to 1810mm.

The potent AMG SLC can achieve more than 36mpg with 178g/km of CO2 emissions according to official figures, proving that the Mercedes is reasonably inexpensive to run for this sort of car. The diesel is the best, of course, supposedly capable of more than 70mpg with just 114g/km CO2. The SLC is not quite so good for insurance, sitting in high groups between 42 and 46, but it makes up for that with strong residual values.

We’ve heard no horror stories about the SLK and as the SLC uses much of the same tried-and-tested technology, it should prove to be reliable. Servicing is done on a condition-based automated process, so there is no fixed schedule for when the car will need attention – instead, the Active Service System (or 'Assyst') tells you when it needs to go back into the garage. Mercedes does offer a Service Care plan, which guarantees the price of parts and labour for up to three services, for a fixed monthly cost.

No SLC is less than £30,000, but the only one that is more than £40,000 is the SLC 43 – in fact it's more than £47,000 on the road. Robust prices, for sure, but the Mercedes remains cheaper than the likes of the Porsche and Jaguar rivals, and no more expensive than the Audi and BMW competitors either. The thing is, as it’s an old design, it doesn’t feel like it’s particularly great value; the fresher TT would be preferable.